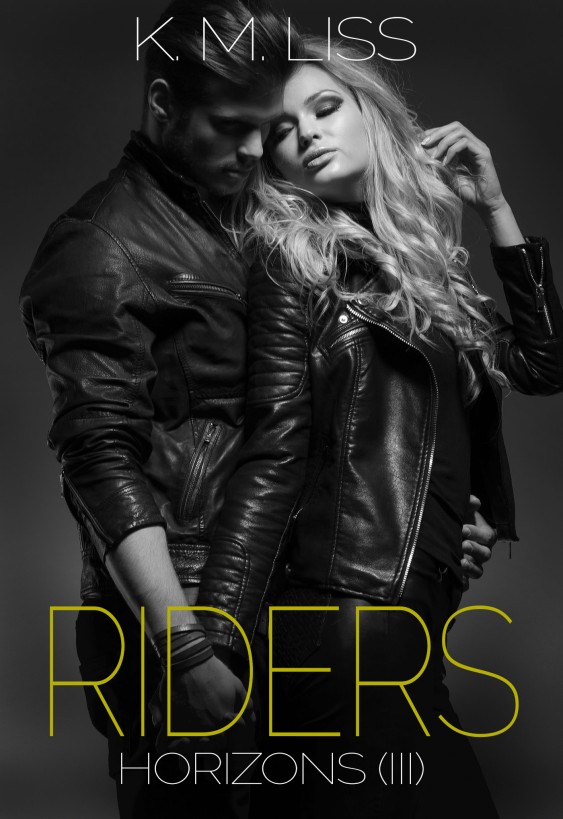 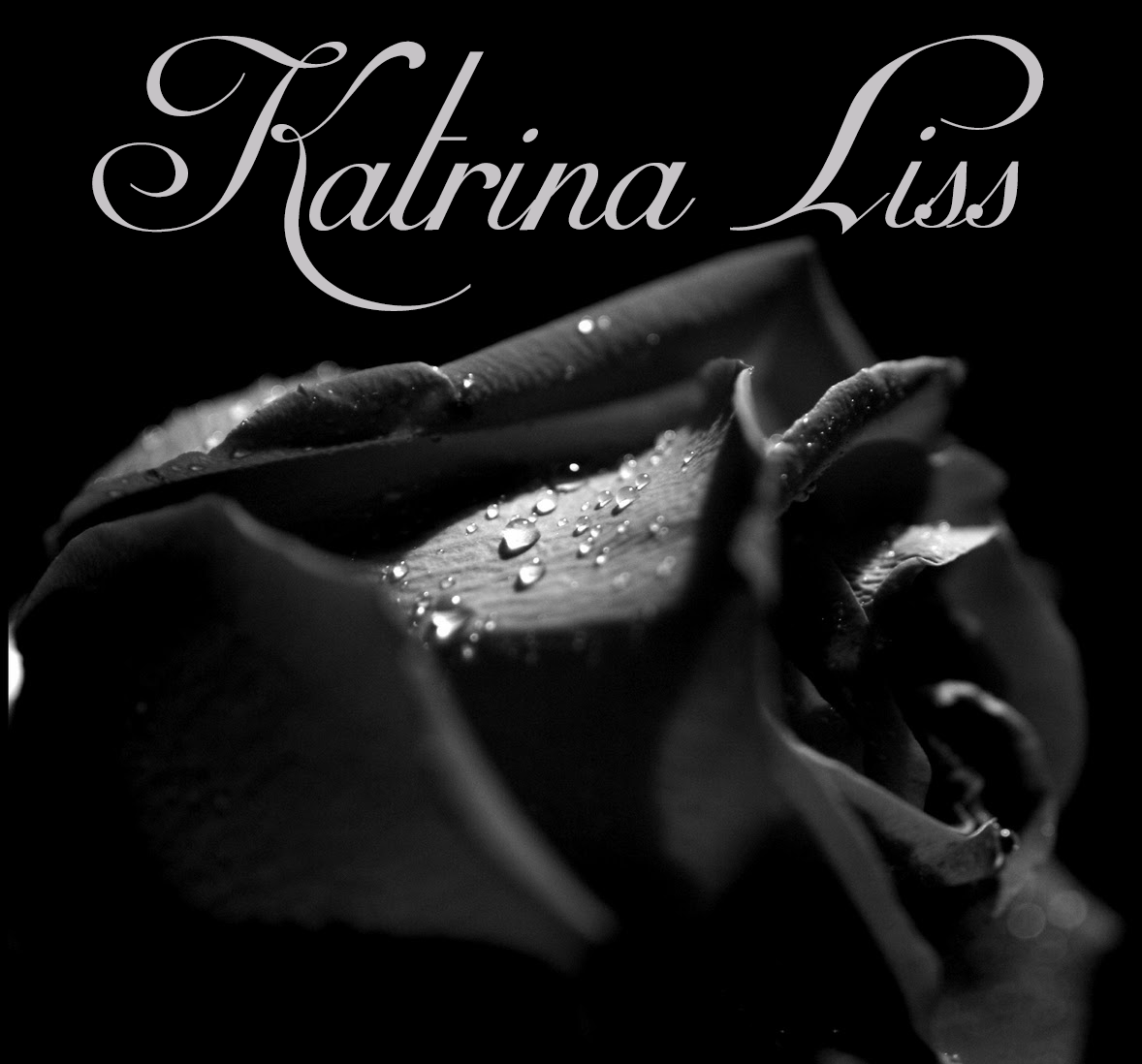 This ebook is licensed for your personal enjoyment only. This ebook
may not be re-sold or given away to other people. If you would like
to share this book with another person, please purchase an
additional copy for each recipient. If you’re reading this book and
did not purchase it, or it was not purchased for your use only,
then please return to Smashwords.com and purchase your own copy.
Thank you for respecting the hard work of this
author.

This book is sold subject to
conditions that it cannot by way of trade be lent, resold, hired
out or otherwise circulated without the author’s prior consent, in
any form or cover, other than which it is published.

Disclaimer: This novel is a work of
fiction. The names, characters and incidents portrayed in it, while
at times based on real figures, are purely the work of the author’s
imagination.

Love and thanks to my family and
friends, for believing in me and encouraging me to write my little
heart out.

I was finally outside the Sheriff's office,
after the humiliating experience of vouching for the pair of idiots
he'd banged up.

The words reverberated in my head.

What a pair of assholes.

Over Col's shoulder, I noticed Kicker was
talking on the phone with his girl. He had the most stupid,
lovestruck smile on his face. I made a mental note to keep a decent
expression when talking to Tiffany in public. Kicker was as
sickening as sugar soup.

I turned my attention back
to the
reprobates
standing before me.
“So, what happened guys? And it had better be good.”

“We had a few words. It
got outta hand. I'm sorry to involve you in this Josh. It won't
happen again,” Col said with a rueful look of apology and a
meaningful sideways glance in Lucky's direction. I interpreted this
to mean 'I'll tell you later, pal, when HE isn't
around'....

I played the game. “I
should damn well hope not. You ought to be ashamed of yourselves.
It doesn't look good for the ranch, does it? I've had enough coming
down here getting you guys off the hook. And I'm surprised at you
Col.” I looked to Lucky who was staring into space,
completely
couldn't give a shit
and fucked off he was being called to brook.
Especially by me.

I wasn't at all surprised
by
his
behavior.
This was the third bar brawl he'd been involved in, in as many
months. He was an argumentative, confrontational and annoying
little bastard at best and alcohol fueled that temper of his
fast.

I'd suddenly had my fill of his attitude and
didn't want his face and shit ruining my days.

I didn't actually have any right, from a
point of authority, but I assumed it, and I fired him on the
spot.

“Lucky, you're fired. I've
had enough of you brown-nosing my pa, grassing me up, lying about
what I do, and constantly undermining me in front of the guys. This
is the last straw. The third jail straw you've pulled. Clear your
room and go. Goodbye, and have a nice life elsewhere. Hopefully far
away, where our paths shall never cross.”

“The fuck I will! I'll see
the boss when we get back.”

“See who you like. But as
I'm running the cattle ranching, it's my decision.”

Not entirely true, but Lucky was no longer
listening anyway. He'd turned his back on me and had stormed off in
the direction of Riders to retrieve his motorcycle.

My father was out at a charity dinner with
his favorite son and daughter tonight, so Lucky wouldn't find a lot
of support when he got back.

“You've done the right
thing,” Col said putting his hand on my back. “He's a nasty piece
of work, that guy. So bitter and twisted. Like the world owes him
something, y'know?”

Kicker ended his call and came to my
side.

“Did I overhear you
right?”

I snorted out a laugh. “I dunno, did my
voice actually penetrate the love haze you're surrounded by?”

“Oh ha, fuck off...
seriously though...it's about time. No one liked him. He's an
absolute asshole. Actually, he ain't that good by a long shot. He's
the runniest, slimiest shit that could ever pour out of it,” Kicker
said, with his usual sweet descriptive.

Col laughed and I grinned at him. You
couldn't help but smile at Kicker's thoughts.

“I asked him how much
Charlie was paying for licking his ass. And whether he was sucking
up in any other way to keep the old guy happy?” Col said with a
chuckle.

“I can see why that went
down well,” I snorted a sickened laugh.

“Not so well, no... let's
say it hit a raw nerve. The motherfucker... I could see I'd hit the
nail on the head. He's your snitch. No question. And I swung the
first punch. He deserved it, man.”

“It's okay Col. I
understand. No problem. I'll have to call on you for backup,
convincing Pa he's all round trash.”

“Sure we've always got
your back covered,” Col agreed.

Kicker punched my arm, over forcefully and
painfully hard, to prove his allegiance.

“Thanks guys, you're the
best. Really appreciated.”

Kicker and I got on our bikes, Col stood at
my side.

“While I remember, I'd be
grateful if you could take a look at Tiffany's Mom's truck. It has
a dangerous tilt on it and they haven't got a lot of cash for
repairs. Would you mind?”

“Not at all, I love
tinkering with trucks, as you know. I'll see the lady right. I just
need the phone number and address and I'll run over when
convenient. What's her name?”

“I don't know... Err, Mrs
Johnson, I guess?!?” I laughed “I'll sort out some details when we
get back,” I explained. “Right now I've got a little unpleasant
business to attend to... a spot of reformation at the vice den
Mickey is operating. Comin' along for the ride?”

“Wouldn't miss it for the
world,” Kicker replied, with an evil little grin spreading across
his face. “The greaseball has it comin' to him. He practically
forced Cherry to her knees. You know she supports her mom? And
she's got late stage motor neuron disease? Mickey took advantage of
my girl, big time.”

“No, I didn't know that.
Poor Cherry. I feel kinda responsible, letting him get away with
it.” I also felt so mean judging her actions in the light of that
news.

“You weren't to know. But
he forced her into tricking for him. Cornered her with threats
about her job. But since she's been with me, and I told him, in
strong terms, what I wanted to do to him, he's been sweet as cotton
candy.”

“I guess your bull riding
rep might have helped.”

“You're the toughest piece
of ass, pal. That's all I'm saying. I wouldn't want to get on the
bad side of you.”

“I'm gonna pass, if you
don't mind. The bar is calling. I'm gonna have a nice quiet drink.
I need one after my evening,” Col said.

I started the engine, Col got on the back of
my bike, and we rode the few hundred yards up the main street to
Riders Bar. We were just in time to see Lucky departing, heading
out of Olson, back toward the ranch.

It was Sunday evening, Mickey's night off. I
had a quick look inside and waved to the bar-girls as Col made his
way up to the bar. It was quiet tonight, only a few customers
standing barside, chatting to the girls. We left the bar and walked
to the side door, the entrance to Mickey's rooms, where he lived
above the bar. The accommodation came with the job.

I knocked on the door and then pressed the
door button. It buzzed loudly.

A moment later the blind shifted sideways
and his face appeared.

A few minutes later the porch light went on,
and he opened the door. The way too skinny asshole stood before me
in his jocks. His arms were crossed, and he was full of fake smile
and his usual shit attitude. His small, dark beady eyes darted
between the two of us and came to rest on mine. His hair made me
feel sick as it hung in greasy strands around his face. I don't
think he could ever have washed it. Not with anything more than
water anyway.

“I need a moment of your
time.”

“Why? And why now? Can't
it wait? I got company upstairs.
That
kind of company?”

“It won't take long. Where
d'you wanna do it? In the back room in the bar, or here on the
doorstep?”

“Here's good as any. Can't
be fucked to put my clothes and shoes on to be honest. All coming
off again, ain't it...” he smirked at me and it made me want to
heave. Who in their right mind would fuck him?

I felt so sorry for the woman upstairs at
that moment. She must be blind or desperate.

“Right. I'll be short and
sweet and to the point. I should have done this a while back.
Here's your new Riders bar rules of operation. It's the verbal
version... for now... okay? But you will be getting a written one.”
I watched his eyes narrow further to creepy black pinpricks in his
face. He reminded me of a demon I'd seen in a TV horror movie
recently. “Number one... ensure the management keeps its slimeball
hands outta the cash till. Number two... ensure the management
keeps its hands off the girls who work in Riders. Number three...
I'm giving notice to quit the drug pushing and pimping sidelines.
All three rules, in force, with immediate effect. As in,
now
.”

“What?
” His eyes widened again, and I could see his temper flaring
beneath the surface.

“If I find out one more
deal has taken place in the Lyle's bar, or the books have been
cooked with a certain brand of creative accounting, you're out of a
job. No second chances, Mickey. I want you to run a clean joint.
Completely. Scam. Free. Are we clear?”

“Don't look at him. It's
common knowledge you're a fucking shitface dirtbag, in every way
shape and form. Get your act together or you're out. You're lucky
I'm giving you this warning.”

Mickeys eyes narrowed. “Your pa send you to
do his dirty work, did he?”

“Pa would dismiss you if
he knew about your scams. He has much lower tolerance levels for
your kind of shit than I do. You're lucky he doesn't
know.”

He snorted at me and hatred flared in his
expression. “Lucky? LUCKY! The last thing I am is lucky. Screwed
over, fucked over and just about fucked by the Lyle's, every which
way, more like.... And I'm so done talking here.”

“I agree. As far as I'm
concerned we're more than done. But while I think of it, if there's
any backlash from this talk, and anything happens, no matter how
small, to Cherry or Tiffany, you're dead meat. I'm holding you
responsible.”

A Mind to Murder by P. D. James
Sex Slave to the Dictator (The Initiation 3) by Aphrodite Hunt
The Story of Britain: From the Romans to the Present by Rebecca Fraser
The Nautical Chart by Arturo Perez-Reverte
Geheime oorlogen by Gordon Thomas
Leaving Lucy Pear by Anna Solomon
Does it Hurt to Die by Anderson, Paul G
No Simple Sacrifice (Secrets of Stone Book 5) by Angel Payne, Victoria Blue
Into the Twilight, Endlessly Grousing by Patrick F. McManus
Secret Admirer by Gail Sattler
Our partner