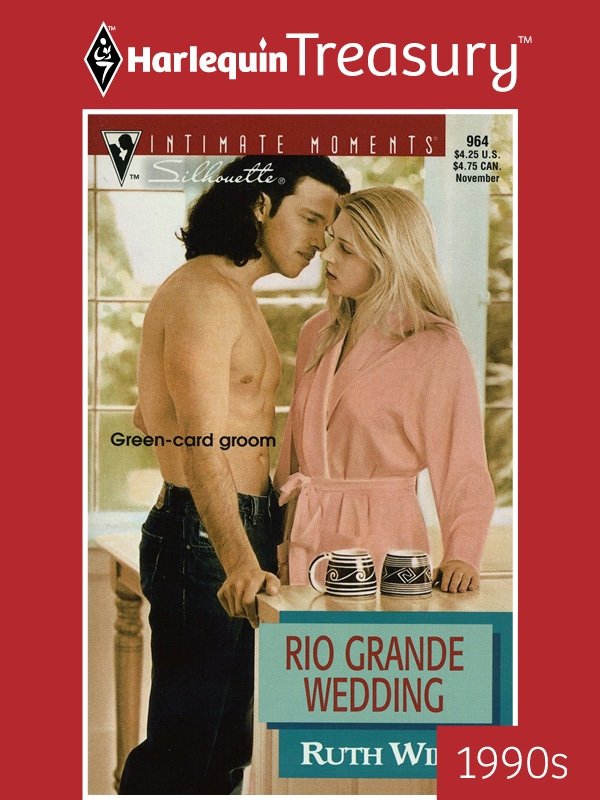 “The only way this green-card marriage will work is if we pretend that we are in love.”
Letter to Reader
Title Page
Books by Ruth Wind
About the Author
Dedication
Prologue
Chapter 1
Chapter 2
Chapter 3
Chapter 4
Chapter 5
Chapter 6
Chapter 7
Chapter 8
Chapter 9
Chapter 10
Chapter 11
Chapter 12
Chapter 13
Chapter 14
Chapter 15
Epilogue
Copyright
“The only way this green-card marriage will work is if we pretend that we are in love.”
Molly let go of a long, shaky breath. “Can you pretend to be wildly in love with me?
Â
Alejandro inclined his head, and she felt his gaze slide over her hair, touch her breasts, her hands. Mockingly, he pursed his lips, as if considering. Sighing heavily, he said, “Well, I will try.”
Â
She gave him a faint smile. “You're teasing me.”
Â
He laughed, and it occurred to her that she had not heard that sound before. It rolled from his chest, as welcome as desert rain. He moved close and held out a hand to her. “Should we...try to see if we can do it?”
Â
“What do you mean?”
Â
He stepped close, lifting his hands to her face. “Practice?”
Â
Before she could protest, Alejandro pressed that beautiful mouth to hers.
Dear Reader,
Â
What is there to say about a month with a new Nora Roberts title except “Hurry up and get to the store!” Enchanted is a mysterious, romantic and utterly irresistible follow-up to THE DONOVAN LEGACY trilogy, which appeared several years ago and is currently being reissued. It's the kind of story only Nora can tellâand boy, will you be glad she did!
Â
The rest of our month is pretty special, too, so pick up a few more books to keep you warm. Try
The Admiral's Bride
, by Suzanne Brockmann, the latest TALL, DARK & DANGEROUS title. These navy SEAL heroes are fast staking claim to readers' hearts all over the world. Read about the last of THE SISTERS WASKOWITZ m Kathleen Creighton's
Eve's
Wedding
Knight.
You'll love itâand you'll join me in hoping we revisit these fascinating womenâand their irresistible heroesâsomeday.
Rio Grande Wedding
is the latest from multiaward-winnmg Ruth Wind, a part of her MEN OF THE LAND miniseries, featuring the kind of Southwestern men no self-respecting heroine can resist Take a look at Vickie Taylor's
Virgin Without a Memory,
a book you'll remember for a long time. And finally, welcome Harlequin Historical author Mary McBride to the contemporary romance lineup.
Just One Look
will demand more than just one look from you, and it will have you counting the days until she sets another story in the present day.
Â
And, of course, mark your calendar and come back next month, when Silhouette Intimate Moments will once again bring you six of the most excitingly romantic novels you'll ever find.
Â
Enjoy!