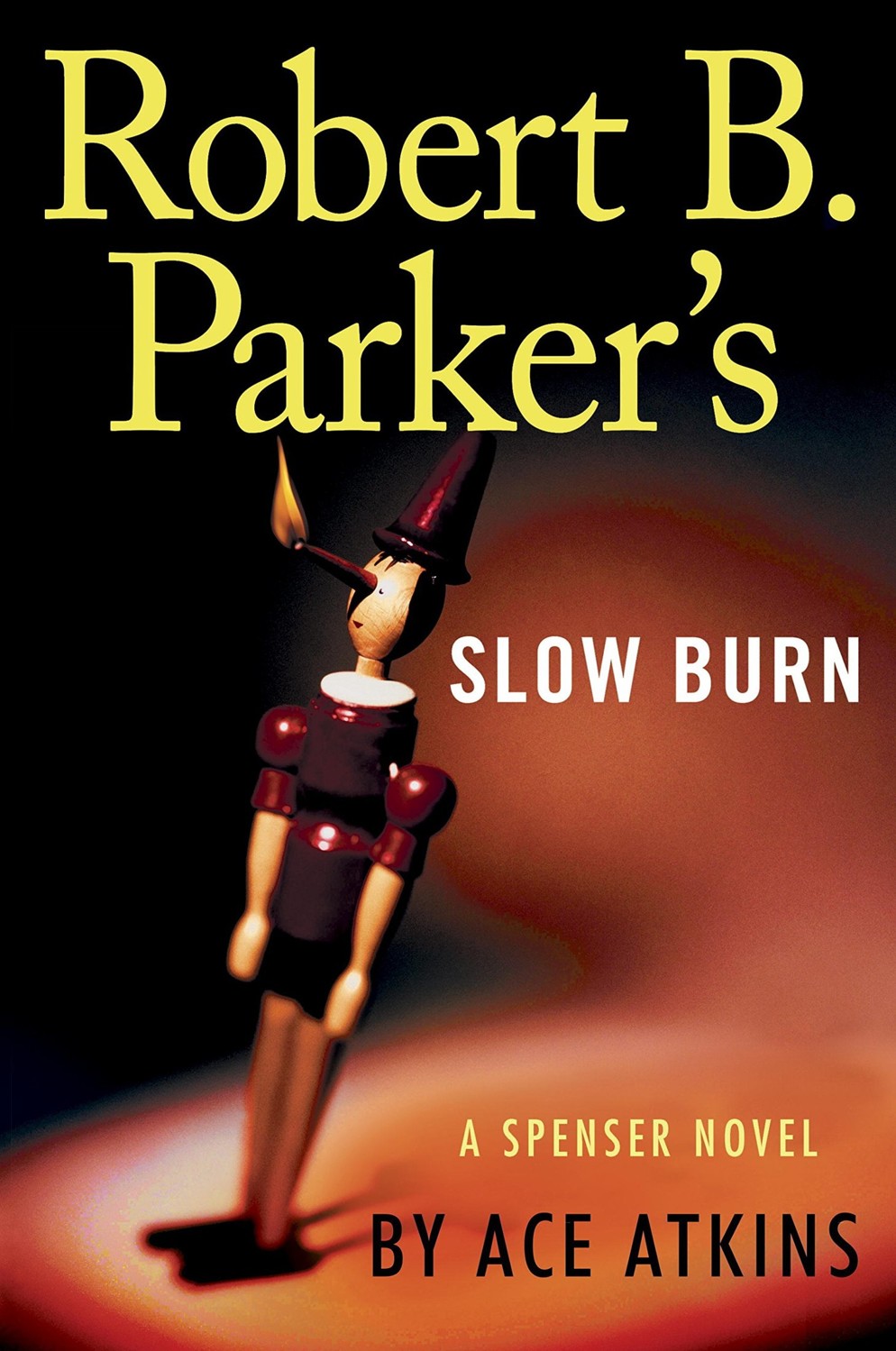 God Save the Child

Robert B. Parker’s The Devil Wins

Robert B. Parker’s Damned If You Do

Robert B. Parker’s Fool Me Twice

Robert B. Parker’s Killing the Blues

Robert B. Parker’s The Bridge

ALSO BY ROBERT B. PARKER

A Year at the Races

Copyright © 2016 by The Estate of Robert B. Parker

In memory of Elvis, a true wonder
dog

K
evin always loved fire. His earliest memories were of his mother taking him to blazes, watching men in helmets and heavy coats pull hoses into burning buildings. He loved the way she looked at those men with honor and respect, and maybe something more. Just the crackle of the scanner, a far-off bell ringing, smoke trailing up into the sky made his heart jackhammer. When he drove through the night in his old Crown Vic, he felt like he owned the freakin’ city.

He kept the scanner under the
dashboard, a big antenna set on the trunk as he
roamed the streets of Hyde Park, Roxbury, Dorchester, Jamaica Plain,
Brookline, and up into Cambridge and Charlestown. All that spring
and summer, Kevin liked to drive slow, windows down, listening,
waiting, and sniffing the air. He’d work his
deadbeat job
during the day, sleeping through most of it, and then
take on the city at night. He, Johnny, and Big
Ray would meet up at Scandinavian Pastry in Southie, taking
breaks off patrol to talk call boxes, famous fires, new
equipment, and all the ways the current administration was fucking
up a long, proud tradition.

“Cocoanut Grove,” Johnny said, powdered sugar on his mustache. “It could happen again. Payoffs, bribes, and all these damn foreigners in this town. You just wait. Some asshole’s gonna be changing a lightbulb and poof.”

“Nobody gives a crap,” Ray said. “I’ve been warning the fire guys for ten years. Their equipment has turned to shit. They just don’t get it. Mayor won’t approve the new budget. Not with a gun to his nuts.”

And he’d look up at them, in that little corner Formica-topped table and ask, why don’t they do something? Why don’t they take action and save this city?

Kevin thought about this long and
hard. He and Johnny had talked about it a thousand
times. And he’d finally agreed to Johnny’s master plan. Save
the tradition. Keep Boston safe. Knock people in the side
of the head and make ’em listen. The city needed
firefighters—and a lot more of them. Guys ready to serve
who were shut out. He met Johnny’s eyes across the table. Johnny nodded and said, “Burn it.”

“Burn what?” Ray said. “Hey, you gonna eat that maple glazed? I’ve only had two.”

Kevin didn’t say anything, just leaned back farther in the booth, arm stretched out wide behind Johnny. Short,
squat Johnny cutting his eyes over at him and lifting an eyebrow. The scanner clucking off and on. Some bullshit Dumpster fire over by the T on Dot Ave. Probably a couple bums roasting a hot dog.

“We understand what’s wrong with the department,” Johnny said, wiping the sugar off his face. “It’s the only way. We got the know-how and the skills to make it work.”

Big Ray looked to each of them with wide, nutty eyes, waiting for someone to tell him what the hell was going on. The scanner caught again, sending the ladder truck and EMS back to the station. False alarm. Silence. Nothing. Fluorescent lights burning over the donut displays, cash register empty, unmanned. No one minding the store at two a.m.

Blood at the Premiere: A Day One Undead Adventure by RR Haywood
Some Assembly Required by Lex Chase, Bru Baker
Very Bad Poetry by Kathryn Petras
Bright Before Sunrise by Schmidt, Tiffany
The Incredible Space Raiders from Space! by Wesley King
False Start (Love and Skate) by Felix, Lila
Country of Cold by Kevin Patterson
Her Dirty Professor by Penny Wylder
Murder in the Marketplace by Lora Roberts
Cattle Valley 28 - Second Chances by Carol Lynne
Our partner