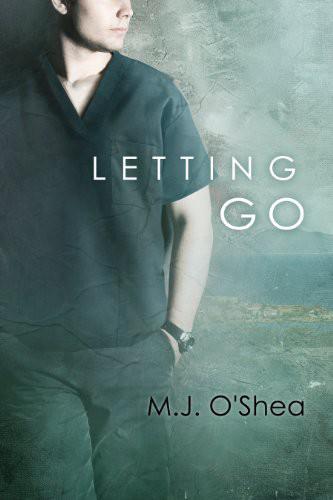 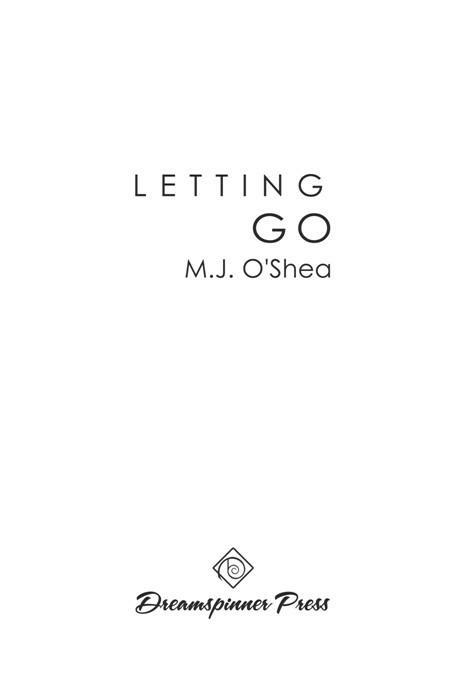 Printed in the United States of America First Edition
September 2012

Thank you to Piper for always being there to help.

“
EY
, Mister Anderson, you gonna put on your eyeliner for us today?”

The taunting shouts rang across the asphalt. Mason Anderson hurried for his car from the side door of the high school. He’d been hoping to avoid the exact situation he currently found himself in. Of course it had to be on the other side of the parking lot. He tried to pick up the pace without running. Running would be stupid. He’d get caught anyway, and then his stuff would end up strewn all over the parking lot.

Fucking small town jocks. He hated when they started with that Mister Anderson shit, and since when did he wear eyeliner?

like some sort of magical chant. He’d been doing it since he got his acceptance letter right around Christmas time. Ever since then, time had seemed to slow down. But it couldn’t stop. In four months he’d be a freshman in college and out of fucking redneck Enumclaw, Washington, forever. Away from the cowboys and their Wranglers and their nasty taunts. He was about ten feet from his car when he felt the shove in the small of his back.

“Why didn’t you answer me? Huh? Pretty little Mister Anderson?” Mason reached for the back pocket of his jeans. He had 911 on speed dial. Felt like he had to. The assholes of the school seemed to find him everywhere he went.

“I’ll call the cops, Kyle. My mother already made a complaint about you.”

A few months before, Kyle had tried to force Mason to suck his dick in the boys’ bathroom. Mason had come home and told his mom he was never going back to that school and he didn’t give a shit if he graduated. She’d called the cops and filed for a restraining order. Didn’t do a damn thing, but he was glad she cared. He was glad she talked him into graduating too. It was his ticket out of the place.

Kyle laughed. “The cops. I’ll just tell them you wanted me to fuck you, and I got grossed out or something.”

“Yeah, I want you to fuck me in the school parking lot over the hood of my mom’s crappy Corolla. That sounds super hot.” Mason tried for sarcasm, but his voice shook. He didn’t want the asshole to know he was scared of him, but he was. Kyle Butler was huge and beefy and there was no way in hell he could do anything to fight him. The pressure was suddenly off his back, and Kyle was stepping away like nothing at all had happened.

“So are we going to work on that chemistry project tonight at your place, Mason?”

Mason stared at him, mouth open and flabbergasted. What the fuck was he talk—ohhh. He saw Ms. Densley, his English teacher, walking toward them, laptop bag slung over her shoulder. She wouldn’t know Kyle, he wasn’t in AP, but she knew Mason, and she was a teacher. Kyle wasn’t stupid. Mason breathed a sigh of relief. He waved at Ms. Densley and unlocked his car. He made sure to lock the door again once he got in and started it before his teacher had even gotten her stuff put into her trunk. He was getting out of there fast, before Kyle had a chance to start any more shit. Mason revved his engine and headed cautiously for the exit of the school. He hit three on his speed dial with shaking hands the second he was out of the parking lot. His best friend picked up on the third ring.

“Mase, what’s up? I’m at Taco Time. Where you at?”
Thank God. Logan. His friend’s voice was the best thing he’d heard all day. “On my way. Ran into Kyle Butler again after class.”
That’s all he had to say. Mason’s best friend Logan was a baseball player, totally straight, and the nicest guy in the universe. Logan was also always ready to jump in and protect him no matter how much he protested that he didn’t need it. Mason had no idea how he’d have survived the past four years without him.
“Dude, please let me take that fucker out for you. Clearly the police aren’t going to do jack. This has gotten way outta line.”
Mason grinned at the prospect of Kyle Butler getting taken out as he headed for the highway between Enumclaw and the next little town, Bonney Lake, and the taco joint he met Logan at every day after school. Too bad any kind of fight would get Logan in more trouble than it was worth.

“I don’t want you to get suspended or anything. It’s May. We’re so almost out of here.” “Jesus, I can’t wait till September. To the dorms!”

Mason heard the huge smile in Logan’s voice. He was just as excited to get out of cowtown as Mason himself was. They’d been planning to share a dorm room practically since kindergarten. Thank God there wasn’t any of that awkward straight friend crush shit. Logan was like his brother.

“To the dorms.” He echoed the toast they’d been repeating all school year. “Hey, I’m parking. Order me some mexi-nuggets and a side of ranch. I’ll be in there in a sec.” At least the town was small enough that it didn’t take very long to get from one place to another. It might have been the one thing Mason liked about it. Too bad everything else sucked.

It was enough to keep him going for a few more long months.

Seattle—Present Day “
ASETERBATOR
, you didn’t seriously take that job out in Bumfuck, Egypt, did you?”

Logan. Gotta love him. Mason took a swig of Dr Pepper and laughed into the phone. He surveyed the piles of boxes that littered his Seattle apartment. All the big stuff had been loaded hours before. All that was left were blank walls and that slightly sad looking mass-market apartment carpet. It was weird seeing his place look so abandoned. But he needed to leave Seattle. The job couldn’t have come at a better time.

“Yeah, dude. I took the job. That hospital had an open position at my level, and I really liked the chick who’s the lead RN. Totally has her stuff together. I think she’s family too.”

“Haven’t you been my best friend long enough to know what that means?” Mason chuckled. “Family means I think she bats for the homo team, dude.”

“Oooh, a lesbian. Is she hot?” Logan was joking but, well, Mason was sure he still wouldn’t mind knowing.

“Shut up, Loogie. I’m going to tell Carrie you’re cruising gay nurses.”
“Fuck. She’d probably want to know too. My girl’s bent like that.” He growled into the phone. “I like it.”
Mason groaned. “Oh, I do
not
want to hear about you two and your freaky het action… or bi or whatever you… just
ugh
.”
Logan burst into low giggles on the other end of the line. “You can’t handle the hotness. Speaking of freaky action, how are you going to find any in… where are you going again?”

“Seriously, where
are
you going to find action? That place is all, like, cute and familyish.

You’ll be twenty-one in like, what, two months?” “There are a few gay bars around. I think.” It
had to be better than Enumclaw.
Anything
was
better than Enumclaw.
“Yeah, with the same ten dudes every week.
Maybe you’ll meet Chunk.”
“That’d be pretty hot. He can do the truffle
shuffle for me.” Mason snorted, then shrugged even
though Logan couldn’t see him. “I’m not really into

dating right now anyway, after Todd. I just want to have a good job and make some decent money.”

“So come back here and finish college. Go to med school like you were planning! You’re not running away from that douche Todd, are you? I told you I’d kick his ass.”

He snorted. “You can’t keep kicking asses for me the rest of our lives.”

“Says who? Besides, that would imply you’ve ever let me do it. Just once would be so much fun. I’m serious, yo, if this is about him, just stay here. Let me take care of it.”

It
was
about Todd. And making bad choices and being in a city where those choices were so easy to make. Mason was pretty sure Logan was still a little mad that he’d left the university after a quarter to go to nursing school. He felt bad about ditching his friend, but it had just seemed smarter at the time, and less money for his parents, who’d told him they would pay for medical school but really didn’t have the resources to do it no matter how much they wanted to.

“I think I like this move, Loogs. I’m never going back to Enumscratch, but Seattle really was too… much for me. I need something in the middle, you know?”

Logan sighed. “Fucking Enumscratch. Hate that place.” It had been their refrain for the nearly three years since they’d escaped.

“Hate that place,” he echoed. “Listen, let me get all settled in, and you come visit in a few months. You’ll see it’s not all that awful. The place is actually pretty. Carrie would like it.”

Mason could almost hear Logan trying to find a way to be stubborn. It was sweet how hurt he was that Mason was leaving Seattle. And Mason really did get it. It would be weird. They’d never lived more than about five minutes from each other. Not since Logan’s family had moved in down the street from Mason’s when they were three.

“Loogie, I’m not ditching you. Promise. This is just a good job and a good move for me. At least let me give it a chance, okay?”

“Okay.” His best friend sighed. “But if you hate it, you’ve got permanent dibs on my living room couch…. Oh, and you can bring the nurse for Carrie. I’d be down to watch.”

Mason groaned. “Her name is Amy, and just in case you guys ever meet her, I’m totally going to try to forget you just said that.”

He hung up, still laughing, and got the last of his boxes ready for the long drive he had ahead of him the next day.
Rock Bay, Washington—Fourteen years ago

“Y
O
, D
DOG
are you lost in a different solar
system or what?”

Drew MacAuliffe looked up from where he’d been pretending to contemplate the limp chicken nuggets and oddly shiny french fries on his lunch tray. In reality, he hadn’t been looking at his food at all. He’d be lucky if he managed to eat anything ever again. He was reeling in shock, freaking out from something he’d just realized, something that had been dawning on him slowly for years.