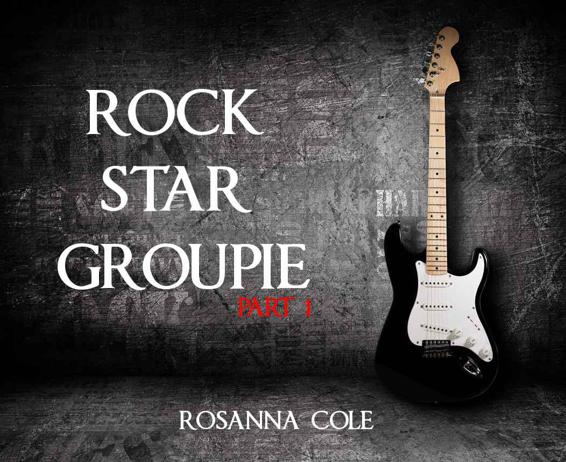 This is a work of fiction.
Names, characters, places, and incidents are products of the author’s
imagination or are used fictitiously and are not to be construed as real.  Any
resemblance to actual events, locales, organizations, or persons, living or
dead, is entirely coincidental.

All rights reserved.  No part
of this book may be used or reproduced in any manner whatsoever without written
permission, except in the case of brief quotations within critical articles and
reviews.

Allison
Williams pursed her lips, while she mulled over an invitation.  She’d gotten selective
about the rock scene, due to some recent disappointments.  But, she still
responded positively to her dearest friend’s request.

“No
problem, Ali.  We always love having you around backstage.  You’re lots of
fun.  I just hope you’ll find what you really want…for once.”

Ali
sighed wistfully, she let out a little moan, and her gorgeous face frowned as
she hung up the phone.  Another waste of her valuable time?  Ali certainly
hoped not.  This band sounded interesting, so she’d give them a try.  Five brand
new men.  Perhaps one of them would finally be able to light her fire…to give
her what she’d craved and desired for months.

An arched
blonde eyebrow lifted, her bright blue eyes glowed.  Ali’s frown disappeared,
once she’d considered all of the possible perks her quest could bring.  She
gave a wide grin and Ali squealed at the thought.  Oh, yes!  She couldn’t wait!
The benefits would be great.  And the one missing piece that she’d been
searching for…aching for…that lovely, lusty, long lasting stud might be just
around the corner.  She decided to be more optimistic about this next band’s
future prospects, and she made a quick, skipping, bee line towards her spacious
walk-in closet.

Now,
she only needed to pick the perfect skimpy outfit…something that would turn
them on.  A couple of tiny little garments that would let her show off just
about every single bare inch of her sexy assets, which was always fun for her.
Ali knew she had the goods.  She definitely knew how to dress for success.  And
Ali also knew all of the best ways to tease and please, while she was naked,
bent over, or on her knees, since she’d had plenty of practice with the bands.

Ali
was a beautiful blonde groupie with very large breasts and a nice round ass,
and she loved fucking rock stars.  She admired how those wild rock guys were
always hot and hard and ready to get her off with their big thick cocks.  Ali
had contacts at a local radio station, so she got to meet all of the top bands
that came to town.  Thanks to having many close friends in the Los Angeles area
music business, Ali could fulfill her favorite rock star fantasies whenever she
wanted.

The
hottest stars in the rock n’ roll world were right within her reach, since Ali’s
influential friends constantly offered her VIP passes, free concert tickets,
and best of all, those coveted backstage arrangements.  She couldn’t have asked
for a better situation.  For a dedicated serious rock music fan, Ali seemed to
have it made.  And in fact, she did, except for one small glitch.

Ali
loved to party.  And she enjoyed hearing the fantastic rock music, too.  The cool
sounds of the electric guitars and seeing the famous rock singers perform on
stage made Ali all excited and aroused.  She usually sat in the front row or she
stood directly in front of the stage, and Ali got really wet from watching the good
looking lead singers do their thing, right in front of her.  The drums, the
bass, the lights, the crowd, and the loud thumping music made her want to have
sex with those rock gods right away.  It was the best form of foreplay.  So she
couldn’t complain.

Along
with her numerous musical escapades, Ali managed to maintain excellent grades
in her college classes.  She was only in her sophomore year, but quite responsible
when it came to academics.  She studied about as hard as she partied, and Ali always
spent time with her family and friends.  Ali juggled those concurrent activities
with skill, though she often rushed around to complete everything, so she could
go out to shows in the evening.  Her days were an active whirlwind, her
nights…a rock n’ roll dream.

Needless
to say, Ali’s non-stop life was never mundane, and the constant, late night musical
activities kept her happy, busy, and entertained.  Her present schedule was
jam-packed with events, and she had ongoing plans to meet more rock stars in the
future, so those continuous efforts created endless opportunities for her intimate
amusement.

Between
all of the bands that she got naked with after concerts, all of the big hard cocks
that she so often sucked, and getting off a lot with all of those lucky guys that
Ali allowed to fuck her hard for a really long time and stretch her small tight
pussy, Ali had plenty of hot sex on a regular basis.  Other groupies that she
ran into during her various amorous backstage adventures were usually very jealous
and envious of Ali, because she gave the best head and because the famous lead
singers always wanted to fuck her first.

Yet
Ali held legitimate appeal.  People really liked her, not only for her exquisite
face with those big blue eyes and her full red lips, her long dark blonde hair,
her perfect curvy body and sexy ways, but also for her cheerful upbeat bubbly personality.
Many of the stars would call her just to chat, take her out to dinner, or go shopping
with Ali to buy her expensive presents.  Ali and the rockers shared a sincere
mutual admiration for one another.  She had acquired a certain status amongst
them, and Ali took great pride in her popularity with the bands.

So
the fondness went both ways, and Ali wasn’t shy at all when she expressed her own
end, she openly displayed her exceptional personal brand of heartfelt appreciation
for her favorite performers.  As a salute…an intimate tribute, she loved to
stroke their cocks, lick their balls, and go down on them.

Ali
was bold, nimble, and very well known for those particular acts…she had honed
her amazing abilities to the max.  And Ali was glad that she had mastered such
incredible sucking and licking techniques so she could get them high, drain
them dry, and be sure to make the famous rock musicians satisfied with her great,
one-of-a-kind, unforgettable oral sex.

She
loved to hear the sounds of the rock stars’ groans and grunts, she liked to watch
them sweat and moan.  And it turned Ali on when she felt them shiver and stuff
and thrust their greedy rigid cocks all the way down her delicate throat towards
her tonsils, and when they’d grind their horny pumping hips against her soft full
glossy red lips.  After she’d gotten their cocks covered with slick saliva, engorged
between her cheeks, stiff and stimulated to a solid rock hard, and going faster
and deeper inside her wet mouth, Ali always gave her guys subtle signs of encouragement
to continue on.

Very
often, Ali would gently tease them, squeeze and stroke, softly caress their big
ridged balls with her smooth warm fingers, once their bulging testicles began
to lightly tighten up…and the sensitized, titillated, heavily-loaded scrotal sacs
got set to eject, ready to spurt and spew, primed with passion, and energetically
prepared to spill their entire contents near the end.  At those many lovely times,
Ali knew the signs and she could tell when a cock was just about to explode on
her tongue.  Perceiving what was coming, her pussy ached and throbbed, Ali was hot,
sloppy wet and eager to fuck…she felt so much pleasure and she’d almost cum
herself, whenever she would send another musician over the edge.

Ali
liked it when her wet slick mouth got stuffed full of cocks from lots of different
guys at one time.  That way, she could examine all of their big hard dicks at
once…and Ali would then choose the best of the pack, the largest strongest
erections available in the group, to fill up her slippery pussy, later on in
the night.

So
the obsession remained, despite those occasional slight discomforts, which Ali
actually enjoyed.  Her eventual pleasure was worth the pain and Ali’s oral
excesses were never in vain.  There was a method to her madness that worked out
well for both sides.  Ali could see, without a doubt, what she’d be getting for
her fun.  And the bands got a lucky chance to test drive her talented mouth.  It
was a win-win situation…for everyone concerned.

And
along with her large private collection of vibrators and toys, Ali felt that she
had a pretty good sex life, though it wasn’t completely perfect yet, at this
point.  She didn’t even need a boyfriend at the moment.  Why bother?  She got laid
as much as she wanted and Ali liked having her total freedom.  Plus, she found
regular guys boring.  They couldn’t do anything for her.  She was totally
hooked on rock stars…if she could only find the one with a monster killer cock.
Ali would love that!

However,
her excited high hopes were dashed, two nights after Paul’s encouraging phone
call.  Ali mingled backstage on the evening of the concert, exactly as she’d
planned.  She had gone all out with her appearance and attire.  Ali looked
gorgeous.

But,
frustration reigned supreme again, when the latest band she’d been invited to
meet turned out to be a dud.  None of those guys appealed to Ali and they were
more interested in hard drugs than hot sex.  Another inadequate mismatch, just
as she’d feared.

Un manual de vida by Epicteto
Damaged and the Beast by Bijou Hunter
The Art of the Pimp: One Man's Search for Love, Sex, and Money by Dennis Hof
Mad Max: Unintended Consequences by Ashton, Betsy
A Game of Gods: The End is Only the Beginning (The Anunnaki Chronicles Book 1) by Kumar, K. Hari, Harry, Kristoff
Midas Touch by Frankie J. Jones
Stockings and Suspenders by 10 Author Anthology
Unbroken Promises by Dianne Stevens
Rogue's Hollow by Jan Tilley
Just a Little Crush (Crush #1) by Renita Pizzitola
Our partner