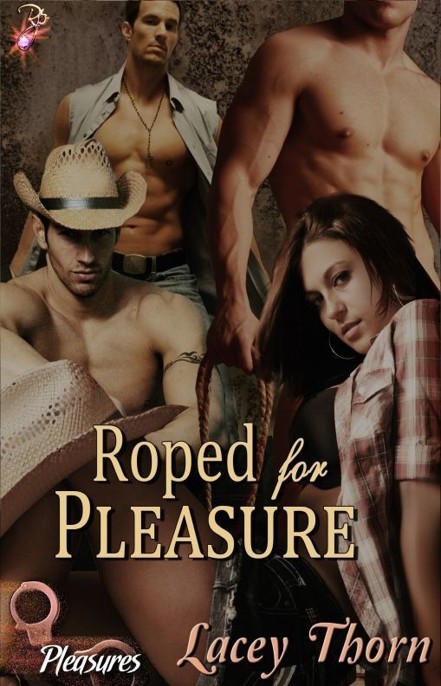 River, Tara, and Kat met in the police academy, decided to forgo becoming cops and try life as private investigators instead. That easily, Angel Investigations was born.

This one goes out to all the fans of the Pleasures series. Thanks for all the love and affection! To my amazing beta who makes each and every story better before my editor gets it. And to the magician who is my editor: Andrea, I love you.

River, Tara, and Kat met in the police academy, decided to forgo becoming cops and try life as private investigators instead. That easily, Angel Investigations was born.

After a shooting involving her best friends and the detective who tormented them all, Tara is looking for healing. But she can’t forget, can’t heal, when someone is determined to keep reminding her, sending a picture to her phone every day. First, pictures of Detective Raymond Marino then graphic crime scene photos of women’s deaths. Is someone sending Tara a warning?

Kat’s brother and his two best friends have wanted Tara since they first met her. Charlie, Dasan, and Sam are determined to help her heal with as much TLC as she can handle. Three men set on giving her more pleasure than she’s ever known, as long as they rope her in before time runs out.

This one goes out to all the fans of the Pleasures series. Thanks for all the love and affection! To my amazing beta who makes each and every story better before my editor gets it. And to the magician who is my editor: Andrea, I love you.

You are the best editor a writer could ever have!

Tara awoke with a scream still lingering on her lips. She jerked upright, wrapping her arms around herself as she moved her gaze all around the room. She checked every inch of it for any hidden intruders. But she knew the truth. The only intruder existed in her mind, and even death couldn’t dislodge him.

Her door burst open, and Charlie filled the entrance. His dark hair was rumpled from sleep, giving him the look of the boy he must have been years ago.

“Tara? Tara, are you okay?” He rushed over to the bed and sat beside her. Slowly, he reached out and ran a hand down her arm.

She knew she was shaking, but was helpless to stop it. His touch was gentle, soothing, a surprise after watching him spend the day handling cattle on the ranch. He appeared hard and rough on horseback as if he’d stepped off the cover of an old western novel. He was a man’s man, masculine to the core, and a woman’s fantasy come to life.

“Tara,” her name was a murmur of concern on his lips. With no more prompting, she turned and burrowed into his chest. His arms felt good around her. They made her feel safe, protected.

Tara didn’t look up as the new voice intruded. She kept her eyes closed, her face snuggled against Charlie.

The bed dipped again, and Tara turned her head to see Dasan. His long dark hair was loose around his shoulders. His high cheekbones gave testimony to the Native American blood that ran through his veins. She wondered if he’d be untamed in bed, riding her as well as he did a horse.

“Tara.” Her name was panted from the doorway, Sam sounding out of breath as he joined them. His blond hair was rumpled, either from sleep or his fingers. He smiled as their gazes met, and she felt her lips lift in reply. There was just something about him, the way he embraced life and dared you to do the same.

She should be embarrassed. Her screams were what brought them all to her bedroom. Nightmares she couldn’t escape from haunted her day and night. She was exhausted. Perhaps coming to her friend’s home to recuperate hadn’t been a great idea. Maybe she should have just gone home.

The bed dipped again. She almost laughed. Home would never have offered her anything like this. What woman wouldn’t want these three men in her bed? Tara had to admit she’d had thoughts along those lines herself. Especially since her friend River was happy in a ménage relationship with three men. It gave a girl ideas. And why couldn’t her nights be filled with dreams of that, instead of thoughts of Detective Raymond Marino? The man who’d beaten and attempted to rape her. The man she’d killed.

She shuddered again. Charlie hugged her closer. And she was fairly certain it was Dasan’s hand running up and down her back just below where Charlie’s arms were wrapped.

They all knew her story. She wasn’t sure if Charlie had told his friends or if her friend Kat had spilled the beans.

“I know,” she whispered. “I’m…I’m sorry for disturbing everyone.”

“You have nothing to apologize for,” Dasan told her.

“Having a slumber party without me?” Kat’s voice had Tara’s head jerking up. Their eyes met, the look sharing things that only close friends manage without words. “All right. Everyone out. You think this ranch will run itself? You three have a long day tomorrow.” She looked at the clock on Tara’s bedside. “Or later this morning. So scoot. I got this.”

“Tara?” Charlie’s voice was a question. He’d stay if she wanted him to. Heaven help her, she wanted him to. Wanted to beg him to make love to her, to drown her in new memories. But she couldn’t. Not with the way she was all churned up inside.

“I’m fine, Charlie.” She pushed away from him, sitting up on the bed and taking a deep breath.

Tara blushed. Charlie glared and opened his mouth. Tara intervened, a little afraid of what he might say. “I’m fine, Charlie. Really. She’s just trying to get you riled up.”

He glanced at her, and Tara didn’t want to decipher what his look meant. It wasn’t the time or the place. He appeared as if he wanted to say something. Without thought, she shook her head.

Charlie gave a sigh then surprised her by leaning in and brushing his lips over hers. “Get some sleep, Tara,” he urged before rising from the bed and heading to the door.

Dasan glanced at her, let his eyes trace over her lips, then rose and followed Charlie out of the room.

“Let me know if you need anything,” Sam said, brushing his hand over her shoulder as he rose to leave. “Anything.”

She blushed, which had Sam’s lopsided grin gracing his lips. If he only knew the
anything
she wanted, and didn’t that just make her a slut? She groaned and shook her head.

The door closed, and Kat’s laugh filled the air.

“I have no idea what you find so funny,” Tara mumbled.

“First off, how many times do we have to have this conversation? Quit letting that asshole have control over you!”

Tara sighed. “Yeah, let me just get that memo to my dreaming self and take care of that for you.”

“Now, that’s what I want to hear.” Kat crossed over and sat beside Tara. “Was it bad?”

Tara closed her eyes. “I can’t get him out of my head. Every time I close my eyes, I’m either back in my bedroom, tied down and helpless, or back in River’s apartment, shooting him. Only in my dream, he doesn’t die. He just keeps coming at me, talking. Telling me the things he’s going to do to me.” She broke off with another shudder.

“Fucking bastard,” Kat muttered, rubbing her shoulder, the one that bore the scar from Raymond’s bullet. Tara had shot him, but not before he’d shot Kat. “I wish we’d never met him.”

Kat took both of her hands in hers. “You can’t let him do this to you. He’s dead. Dead. And he has to stay that way. He has to.”

Tara knew how much thoughts of Raymond upset Kat. River had dated the detective and run from him when he went a little obsessive-psycho on her. It put a wrench in the business the three of them shared, Angel Investigations. Basically, it left Tara and Kat stretched thin, trying to oversee all the cases they’d taken on without thought to hiring more help. What had seemed possible with the three of them turned out to be anything but with only two, and most of their spare time had been spent trying to find River.

Raymond’s had, as well. He’d been convinced Kat and Tara knew where River had gone. Convinced enough to break into Tara’s apartment and try to get the information from her; a night she and Kat would never forget. Tara because she’d lived it. Kat because she hadn’t. Hadn’t lived it or been there to stop it.

“I can’t help it.” She bounded from the bed and began pacing around the room. “I’ve never hated anyone so much. I’d give anything to bring him back to life just so I can kill him.”

“Kat, stop,” Tara urged, standing and blocking Kat’s path. “You have to stop. You can’t tell me to let it go, when you obviously haven’t either.”

“I hate this, hate him.” Kat brushed at tears falling from her eyes.

How like Kat to deny even when the truth trickled down her cheeks.

“I keep seeing his obituary in my head and can’t help wondering where the highly decorated detective was when Raymond was holding us at gunpoint.”

“I know,” Kat agreed. “How he was mourned by his family and the community at large. What bullshit! I know not everyone was sad to see him gone, and that includes some of his family.”

Tara knew who she was referring to. “I don’t think his brother wanted him dead, Kat.”

“Just quiet and out of sight, so he didn’t stir up more problems for our chief of police.”

Tara nodded in agreement. That statement was probably true. “I didn’t know he had two sisters. I’ve only met the one who’s married to the mayor.”

“I didn’t either. I heard some rumors she was in some sort of hospital and was released to come home for the funeral.”

“What a way to come home,” Tara said with a sigh. “For her brother’s funeral.”

“And once again, it’s not your fault. You did what you needed to. He was going to kill us, all three of us. You saved our lives. Don’t ever doubt that.”

Tara nodded. He’d pulled his gun first, and the intent was conveyed in every word and action. He hadn’t planned on any of them leaving, except maybe River. Even she would have died in the end…after he was done making her pay.

“Stop thinking,” Kat ordered, which was easier said than done. For both of them. “Let’s talk about something happier.”

“So, when are you going to wake up and grab what’s right in front of you?”

“Please, you’re not that naïve. I know better.”

“I’m not pretending anything,” Tara denied.

“Please, if you haven’t noticed the heat being generated between you and those three, then you don’t deserve for me to call you friend.”