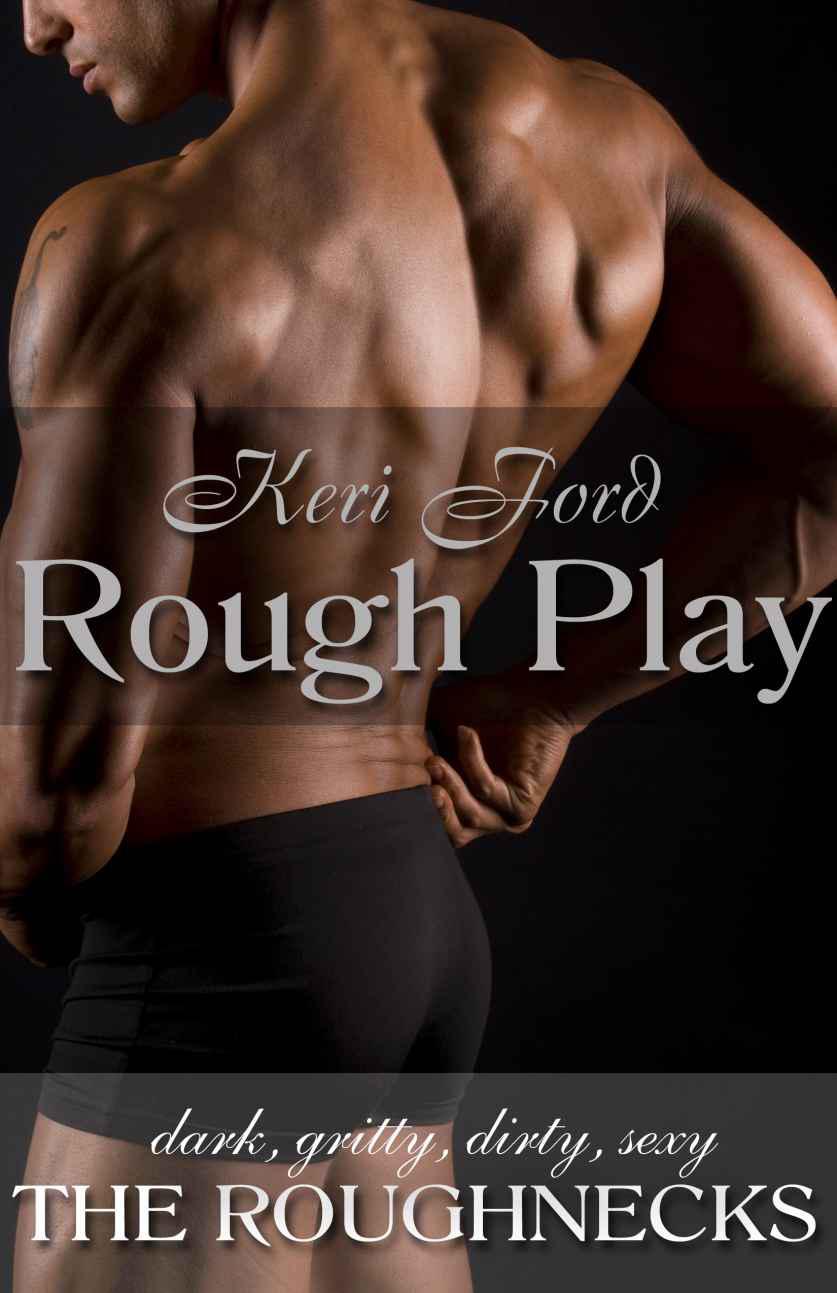 Sidney Bristol thanks. You know why, and it was much appreciated. (
Psst
, secretly I’ve always wanted to write one of these mysterious acknowledgements, so double-thanks!)

Jeanette Murray, sorry for putting you through the ringer with this one. Okay, I lie. I’m not sorry. Your insight made this better.

Jacob Iverson has plans. Distant plans, but they exist. Find the right woman, eventually settle down and do the whole “white picket fence” routine. But until eventually comes, he’s having fun with right now. Then he meets Flora, who blows him back a step. Suddenly his distant plans are rushing up to meet him…only not quite the way he imagined.

Abandoned at seventeen, Flora Simms has made her way through the world, found life and family in the form of two best friends. Everything is just the way she likes it. From life to love to relationships, she knows what she wants, how she wants it, and doesn’t care if anyone agrees or not. And what she doesn’t want is someone trying to tie her down with long-term plans. But Jacob Iverson seems to love the future, somehow knows what she needs, and he’s hitting all the right spots. But can Flora give up her idea of what independence means to let him in?

Jacob Iverson stepped into what would one day become his brother’s kitchen. When finished there’d no doubt be granite countertops, the biggest refrigerator money could buy and the best stove on the market. This place was being groomed for all future family events. When it came to four boys of their size, the kitchen was the most important part of the entire house.

For now, it was completely gutted. All that remained in the room was supporting framework of the interior walls, the foundation and a few boards waiting to hold the new floor. Temporary lights were mounted in the corners. A few penciled notes were scratched on boards.

All just like yesterday, except for one new surprising addition that had Jacob resting a shoulder against the doorway and studying. The most interesting part? Definitely the rounded shape of her ass.

Cupped high and tight in a snug pair of jeans. A leather tool belt strapped around her waist. Blonde hair pulled up on top of her head and mostly falling out. Sweat soaked a dark line down her spine. There was little more than a sliver of skin showing on the low curve her back. Sweat pebbled on tanned skin like a tantalizing tattoo for a mere inch between tight jeans and purple shirt. A spot just large enough to trace with his thumb. And his mouth.

He blinked and swallowed the lump from of his throat.
Damn.

She turned her head a bit, adjusted in her stance so she rested a small notebook on her knee and wrote something. From the side he could see hair across her forehead, a short nose curved into full lips and a tiny chin before cutting back to form a jaw line that his fingers were itching to trace. Her neck was slender. A bead of sweat traced a line down the side and slid into breasts large enough to round out and show despite her arm reaching forward, blocking them as she continued writing.

She blew hair from her eyes and sat back on her heel. “Shit.”

He grinned. Just who was this woman? And what in God’s name was she doing? “Need any help?”

She screeched and jumped. Paper and pencil flicked up in the air as she grabbed at the boards she’d been balancing on. He started across the narrow beams, swiftly moving over them with ease after years of walking pipe hundreds of feet in the air, but it was no use. She was too far away. He reached, but she tilted, falling between two boards and flopped to the house’s foundation with a shriek.

He crossed the last of the boards and found her sitting on her ass on the clay floor, hands resting behind her and staring up at him, blue eyes narrowed. “What the hell is the matter with you?”

His breath caught. Everything was the matter with him now. In a fascinating way. A way he hadn’t felt since arriving in Apple Trail months ago. This was energy and exciting because it was
her
. Finally. “Diner Chick.”

He’d seen her occasionally. Once a week, maybe less. Just in passing. At the diner usually around lunch or supper. When it was packed. Every once and a while at the bar. She always tossed him a smile. Sometimes she’d blow him a kiss and a wink. When he’d first gotten to town, he’d gone a little stir crazy. Apple Trail was small. Just a few thousand were listed on the population sign on the way in. She had been his relief from the small town drawbacks.

She was fun and different. Bold at times with a laugh he could hear over a crowded room that licked over his skin. So he’d kept his distance to make, hell he didn’t know, the fun of her last longer. But now that he was up close, different story. Close enough he could smell something on her. Honey maybe? It was sweet. And her skin looked soft enough his mouth was watering for a taste. Keeping her at arm’s length for the novelty of it was over.

Even with her eyes slightly narrowed at the corners as she stared up at him was interesting. He held out a hand. “I was trying to be helpful.”

Her fingers clasped against his wrist. “You failed.”

He laughed and tugged her up. In his squat on the frame, he was eye level with her as she stood on the ground, dusting her sides off. Dirt clung to her hips and thighs. He started to brush it off, but caught himself first. “What are you doing here?”

She continued swiping at dirt, twisting around at the waist more than he figured humanly possible. Who knew someone could see their own ass without a mirror? She brushed herself again and caught the clump of dirt he’d been itching to get. “To know how much pipe I need.”

She put her hands on her hips and faced him. “So I can place my order.”

His face was just a foot from hers, and that scent just rolled off her. The corner of his mouth pulled into an easy smile. “Order for what?”

She blinked, her arched brows pulled into a frown. “New pipes.”

He glanced at her slender frame again. The back of her was now coated in a thin layer of brown dirt and mud as she walked across the room, then faced him. Hands planted on her hips as she seemed to wait for something. With her tight girl-shirt molding her breasts and earrings sweeping against her neck, he was having a hell of a time pulling any thoughts worth saying together.

She shook her head and tugged out her measuring tape and extended it across the room. “Let me guess. Because I don’t have a penis, I don’t know how to adequately finesse pipes into the fittings.”

“Still counts if you were thinking it.”

He grinned. “Still in the clear. I wasn’t thinking you couldn’t do it, just wondering why you would want to.”

“It makes me money.”

“Picked up the family career?”

She snorted and shook her head. “Lord no. A little wine, a how-to-book, and some desperation, you can do anything.” She pushed at some of that loose hair around her forehead. “Can you believe this place had wooden pipes in it?”

Yeah, he didn’t give two shits about the pipes. “Never afraid you’ll lose your earrings?”

She frowned, dropped the tape and grabbed both her earrings. A sigh of relief passed over her face, her eyes softened and she smiled as she stroked her fingers across the dangly silver things. And then that sweet moment was gone. A puff of air passed her lips and she picked her tape back up. “I haven’t lost them before. Besides, I’m just writing up an estimate. I won’t be doing anything dirty to lose them.” Narrowed eyes met his. “Unless someone scares the crap out of me again.”

He winced. “I didn’t mean to, but you cursed. I thought I’d offer to help a woman in distress.”

“I’m not in distress.” She released the hold on the tape. The long metal sucked back in the holder. She pulled the pad of paper from her belt, added a number to an already long list and tucked the note away.

“Now that I’m closer, I see you look plenty capable.” And tough. But still beautiful. And curious. And even more interesting.

“Thank you. Now if you’ll excuse me, I have more measurements to take.”

A dismissal. Other men would probably walk away. Jacob wasn’t like other men. He saw something he wanted and he wasn’t going anywhere until he got it. If life taught him one thing, it was
you want it, you
gotta
go get it
. And he wanted. “Need any help?”

Her ponytail swished across her back, the loose, long blonde strands fell over her shoulder as she glanced around. “Thought we decided I was plenty capable?”

“We did. But if you finish early then there’s time to take you to dinner.”

She propped her fists on her hips and met his gaze. Dear God by the spark in her eye and turn of her brow, he was just getting a taste of this woman. “Are you asking me out because you think I’m easy? Because I’m a plumber I probably don’t get a lot of dates?”

Direct. Even better. “If I thought you were easy, I wouldn’t have bothered with the dinner part.”

Her lips twitched. “Too bad.”

He followed. “Too bad what?”

“Too bad you didn’t take me for easy.” She glanced over her shoulder. “
That
I would have gone for.”

She was speaking his language now. He didn’t think it possible, but this woman just got better and better. “Well in that case...”

She chuckled, her finger
tsk’d
side-to-side in the air. “Nope. Too late. You’ve already shown your colors as one of those clingy relationship guys. We had a good thing going there. You ruined it with that date talk.”

Jacob Iverson. Clingy relationship guy. He nearly laughed aloud. Dear God, the people who would fall on their asses if they ever heard that. “Are you for real?”

She continued walking, chin up, steps sure and words sounding somewhat distracted. “Last time I checked I was, but if you wake up from a dream in a few hours I guess you’ll know.”

He was helpless but to follow. He didn’t follow women. Never even chased this much. By now there was either an unmistakable cold shoulder or an agreement for later. This was still uncertain. And exciting. Jacob was in desperate need of exciting to break up the nonstop work he’d been doing for the last seven months. Or pretending to do, if you asked his brothers. “So, you could be the woman of my dreams.”

Her brow lifted. “Again with the clingy talk.”

He’d moved close enough to smell the scent coming from her. She’d squatted again and that little patch of skin across her lower back peeked out. “Depends on the kind of dream.”

She laughed. The sound full and rich. “Touché.”