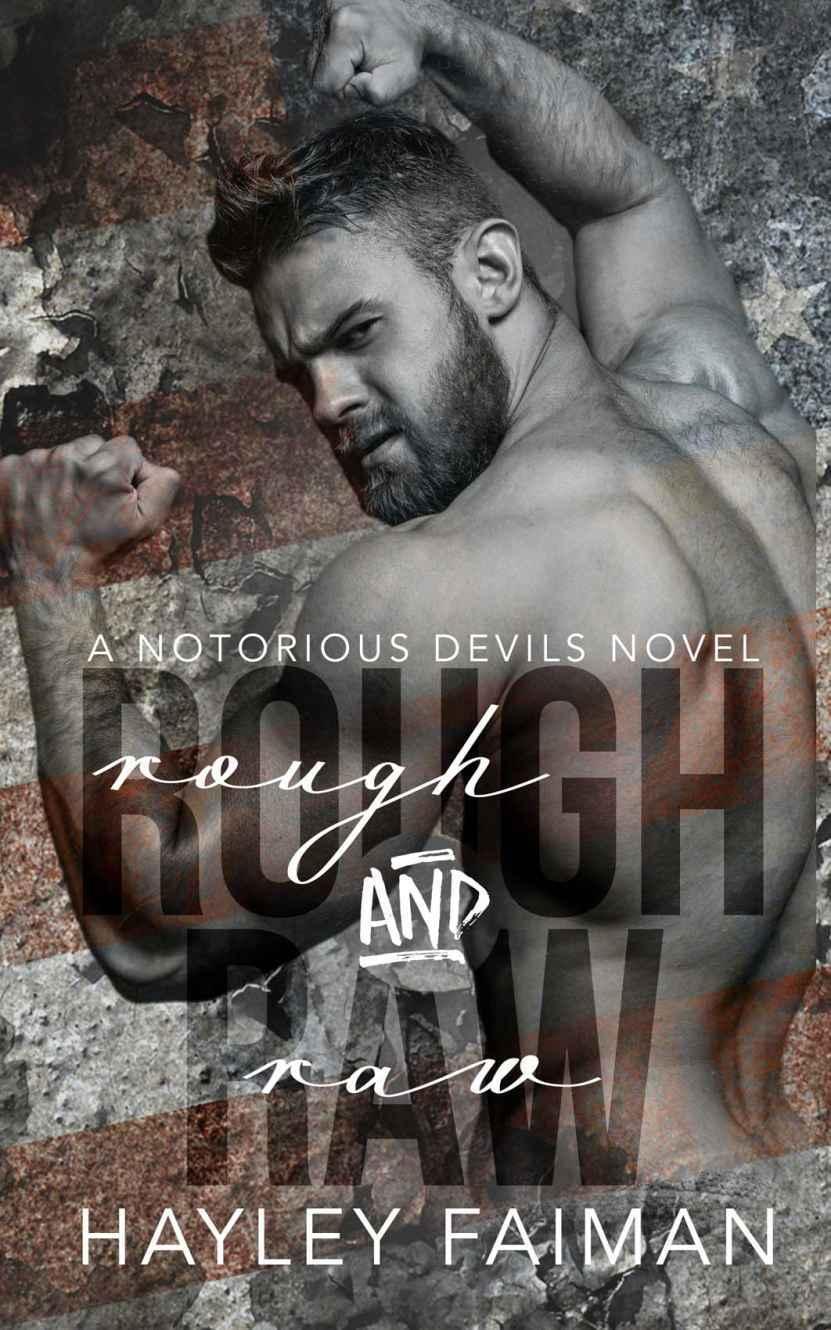 You inspire me every day with how wholly you love me.

Desperation is the raw material of drastic change. Only those who can leave behind everything they have ever believed in can hope to escape.

I
make sure the bathroom door is locked. Not that a lock would stop Scotty from breaking the thing down.
He’d done it before
. For a man who is slim and works behind a desk all day long, he has some serious strength.

I sit down on the closed toilet seat, pressing my hands to my face. It happened again. I have lost count of how many times Scotty has slapped me, punched me, kicked me, or raped me.

My entire relationship is a farce.

I hate him, but I married him because my parents encouraged it. They
love
that I married a man with a fantastic career. I hate myself for being weak.

My father scowls when he sees the yellowing bruises on my face, but he never says a word. My mother pretends to be oblivious to the hell that I live in.

I let my mind drift back in time,
not for the first time
, to the one and only man that I have ever loved.

I fell for Bates when I was just fourteen years old. He was the older bad-boy, and I loved everything about him—the thrill and the danger that surrounded him.

I pursued him, relentlessly, and eventually he took notice. We spent one year together before he went away to Marine boot camp. One beautiful year where I gave him everything. My love and my virginity.

“I won’t ask you to wait for me, Brent. I know you’re still enjoying high school, and you deserve to have fun,” Bates murmurs as he cups his hand around my cheek. I wrap my fingers around his wrist holding onto him.

“But I love you,” I say, my voice trembling with emotion.

“I don’t doubt that, Brent. I love you, too; but I’m not coming back here. I have no clue where they’ll send me, but I don’t want to be anywhere near my father. You need to have fun in high school. Sitting around on Friday nights alone isn’t your style. I wouldn’t ask you to do that for me,” he says, his dark eyes roaming over my face, taking me in, memorizing me for quite possibly the last time—ever.

“I can stay faithful; do you think you won’t be able to?” I ask challengingly, angrily.

“You’re breaking my heart, Bates,” I whisper, unable to hold the tears at bay.

“I know. At least you have a heart. I gave mine to you,” he murmurs, running his nose along mine before pressing a closed mouth kiss against my lips.

My fifteen-year-old heart was shattered the day Bates left for boot camp.

I would have waited for him.

I would have waited a lifetime.

Months went by without news from him.

I would beg his sister, Mary-Anne, for
any
information she had. At first, she obliged, sharing letters he sent to her. Then suddenly, she stopped. I knew he had told her to let me move on. He was
forcing
me to move on.

In my anger toward Bates, I turned into someone I didn’t recognize. I began drinking and became promiscuous. That lasted for about three years, until my best friend’s brother came back from college— law school.

He saw me as a woman, and he wanted me.

Scotty and I were engaged mere months after we started dating, and our marriage was rushed. I was nineteen and he was just beginning his career. We were going to be the perfect couple. Even if I didn’t love him, I thought I could learn to, eventually.

Our perfect couple status lasted until our honeymoon. The truth crashed through my little bubble with a vengeance. It was the first night he hit me. I had embarrassed him because I drank too much at our reception.
I was a stupid whore, a slut, and I was lucky he took pity on me and married me.

I
felt
stupid at the time.

I resigned myself to the hell I had bought into, that I had allowed.

That was, until I saw Kentlee with her new man in the grocery store. I was eight months pregnant and had just survived another brutal attack by my
adoring
husband. I didn’t lie to myself; I didn’t believe anything he said when he apologized to me profusely every time he beat the shit out of me, but I was scared.

Kentlee looked happy and her man, a monster, looked
scary
; yet when his eyes landed on my sister, I watched them soften before my own.

“Get your no good, whore ass out here,” my husband bellows from the other side of the bathroom door.

I suck in a breath and grasp the handle of the door, opening it to face my hell, my nightmare—
my husband.

I lie in the dark
alone
.

Nightmares about the months I spent in the scorching, dry desert while I was in the Marines, followed by my self-created nightmares about leaving the only girl I have ever loved—
Brentlee Johnson
.

Fifteen was too young for me to tie her down. She deserved to experience life. By the time I found my way back to her, it was too late. She was engaged. I watched her from a distance, angry at the way her demeanor changed after her marriage, knowing exactly
why
it had changed, too.

My father abused my mother my entire life. She refused to leave him and I watched as he hurt her, hurt me, and hurt my sister—
repeatedly
.

I kick the sheets off and find my pants, pulling them up my legs, not bothering to button them. I won’t be wearing them long. Living in the clubhouse has its perks.
Pussy available twenty-four-seven
.

I need something to exhaust me for a few hours. I won’t fool myself into thinking I’ll get a full night’s sleep, but a couple hours would be nice.

I walk into the room where the clubwhores hang out and sleep, noticing it’s pretty empty, except for a sweet young thing that showed up a few weeks ago. I don’t pretend to know her name. I’ll never use it, and I’ll never need it. She has long brown hair and brown eyes. Her body is thin, but curvy. She could look like Brentlee —
if I squinted, were drunk, and high
.

I lift my chin toward her and hold out my hand. She quickly comes my way, wearing a bra and a pair of short shorts with platform flip flops. She’s more covered up than most of the girls here, who choose to lounge in just thong panties.

“What do you want?” she asks in a little girl voice once we get inside of my room.

I hate that shit. I guess it’s supposed to make chicks sound sexy, but I can’t stand it. Brentlee had a low rasp to her voice. With one word, my cock would be hard as nails—
every time
.

“You don’t talk,” I grit out through my clenched jaw. “Get on your knees and suck my cock,” I order, smirking when she does as I say.

I watch her sink to her knees before she shoves my jeans down with her little hands. Then she slides her hot mouth over me. She sucks me like a goddamned pro, and it feels fuckin’ fantastic.

I wrap my hands in her hair and hold her still before I start to fuck her mouth. I want to come, but not like this. I need to fuck or I won’t be able to sleep. I pull out of her mouth and order her to strip. She does it slowly and seductively, but I couldn’t give a fuck. She’s skinny with big fake tits. I prefer long and lean.
I prefer Brentlee
.

The girl doesn’t even ask how I want her. She crawls to the center of my bed—head down, ass up. I slide on a condom before I grab her bony as fuck hips and slam my cock inside of her. She’s a little wet, but she cries out at first.
I don’t stop.
She’s here to take my cock. I don’t have to do fuck
for
her.

“You want to come, you’ll have to make yourself,” I say sounding bored, because I am. This bitch is just taking it, making screeching noises that are fake as shit.

A Hero's Bargain by Forrest, Rayne
Ahoy for Joy by Keith Reilly
The Danger of Desire by Elizabeth Essex
The Door by Mary Roberts Rinehart
Unsoul'd by Barry Lyga
A Killing Kind of Love: A Dark, Standalone Romantic Suspense by EC Sheedy
The Wrath of Silver Wolf by Simon Higgins
Always (Spiral of Bliss #5) by Nina Lane
Silence by Preston, Natasha
My Familiar Stranger by Victoria Danann
Our partner