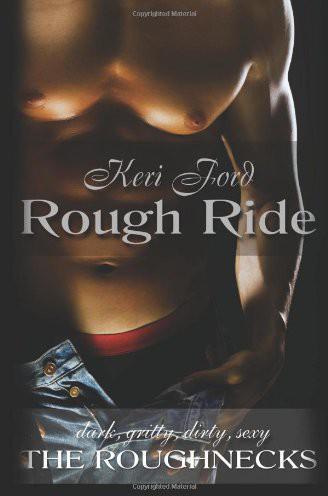 Thanks so much to Sasha Devlin who let me use
pocket-sized
. If you had a problem with me using it, you were a doll and didn’t say so.

You do for family, no matter what. Lane Iverson knows that better than anyone. Harboring a secret about his mother’s death, Lane is counting the days until he finishes helping his brothers with some work and can head back to his hiding hole hours away. As long as he doesn’t have to face his three brothers every day, the guilt is easier to carry.

There is only one thing that can risk his plan. All of five foot tall, with these deep eyes and a voice that shudders through him. The completely addicting, Gretchen Jones. She’s been watching him the entire time he’s been in town. With courage from her friends behind her, she confronts what she wants. To her surprise, that’s the easy part. Keeping her heart protected when she knows he’ll be leaving? Not so easy, but her only choice.

Lane Iverson stretched his back. Stretched his neck. Swung his arms around in a circle and cracked all of his knuckles with a sigh before walking up the steps to his rented singlewide trailer. Another long ass day thankfully over.

He was so ready to get the hell out of this backwoods town, he figured he’d start sleep walking out of it soon. Sleep walking was his only chance for leaving early. Quitting wasn’t an option. He nearly snorted aloud at the idea alone. Yeah, right. Pipe dream there, because his baby brother, Grant, had this face. With their mother’s eyes. And it didn’t matter how grown up his baby brother had become, Lane could remember all the way back to being seven years old, sitting on the porch with his triplet brothers and waiting for their mom to arrive with the new baby.

It’d been a hot day in that Texas sun drawing pictures in the dirt and discussing how the new addition would play out in their lives. On first seeing the squirming little bundle wrapped in blue, Lane shared a thought with his other brothers. Their new baby brother was going to be distracting momma a lot and they’d get away with murder. After the bundle had been dropped in Lane’s arms, he discovered
the Grant face
. The one that said Grant, too, would be getting away with murder. A lot.

And that was about the gist of their childhood.

Lane turned the truck keys around his hand and—at seeing the bottle opener on the key ring that didn’t belong to him—thumped his head against his front door. The unusually hot afternoon spring sun fried the sweat on his neck and created another trickle of droplets to lick down his spine and soak in the waist of his jeans. The hot sun wasn’t even the worst of it. He’d been dealing with the humid hot air all afternoon. All week. No, the sun was the least of his worries.

He smacked the pathetically thin door of the trailer. Fuck. Being so damn tired from doing all this manual labor seven days a week, he hadn’t realized he wouldn’t have his house keys when he drove his brother’s truck home. He groaned and walked to the landlord’s—er—
lady’s
trailer at the front of the park. It was stupid to even bother with locking the door in the first place. What were they going to take, his paper plates? Smooth Lane, real smooth. Now he had to confront the one person he avoided most. Lesson learned, no more locking doors. Wouldn’t have to teach him twice.

The closer he got to her trailer, the quicker his heart picked up. And it had nothing to do with the near jog he was doing on the thick gravel road, but because of the woman herself.

Gretchen with her long, straw colored hair. His heart turned over fast, thumped a little harder.

Her big blue eyes. Her fair skin. Her petite size. Those little shorts she wore, showing off every single inch of her tanned legs and her little strappy shirts that clung to her body. At best the woman was five foot. Maybe five, one. He didn’t know. Nothing more than a little scrap of a thing barely coming up to the middle of his chest.

Didn’t have a big ass and wasn’t stacked either. She was just there. All long hair and big eyes. Pocket sized. Soft spoken, polite and yet, physically speaking, she shouldn’t even bump his radar. In fact, he had to look down to really catch her in his line of sight, but damn, he shook off a chill already. Each time she called his name, there was this hum in her voice that worked all the way through him.

A slight ringing or tone. He didn’t know what it was, but she called out to him, her breathy words whispered through his blood and left him reeling.

The lock on the gate at the base of her porch was open, signaling she was in. Her porch was wide, long, and in better shape than any of the other porches in the park. Difference being, she took care of hers. Watered the plants in the corners, rolled the cover-roof thing back during storms, and when it needed it, swept pine straw away. While everyone else rented, this was her home.

Gretchen stood in the center of her living room. Sunglasses on her head. Blonde hair dangled in a half-assed ponytail like she’d just finished rolling around in a bed. Towel over her arm. Suntan lotion in her hand as she slipped on flip-flops. The shoes would snap and clack for attention with each step. As if her swaying ass wasn’t enough to make him stare.

But none of that was the worst of it. She wore this skimpy nothing of a pale pink bikini and what he thought was supposed to be a white skirt. It looked more like a hand towel tied around her waist. A see-thru kind of hand towel just waiting on a soft breeze to blow it off. Or a quick tug of his hand.

She smiled at him, all full lips and deep, soulful eyes. “Hey, Lane. What can I do for you?”

Tie me up and make me your sex slave for the next month.
He pulled his tongue out of his throat and got his eyes off her stomach and the little indent of her belly button. Now
that
would be a good place for his tongue to go. He cleared his throat. “I have the wrong keys. Can you let me in? If it’s not any trouble. I can wait on my brother to get back if it is. I don’t mind.”

Rambling. Nice, man. Real nice. Hell, if he’d even had a thought in his brain at the mention of her, he would have just gone to the diner for twenty minutes until his brother got home.

“It’s no trouble.” She beamed. Wide, open grin. Innocent clear eyes. Little dimples around her pink lips and pinked cheeks. “I was just on my way out, so good timing.”

Like hell it was good timing. It was the worst time. Ever. Always. Or never was a good time. He didn’t know, had long ago lost sight of heads or tails. He just knew he occasionally ended up here because he tended to act and not think.

She slipped a finger under the slim strap of the swimsuit running under her arm and scratched. The last of his blood drained out of his head, straight to his cock and he nearly passed out. Why couldn’t Arkansas’s climate be dead winter year round? Her skin would have been hidden under layers and layers of thick clothes he could peel back one by one. He wouldn’t be able to see that little dribble of sweat easing down her spine as she turned away from him to her desk.

He took the chance to adjust himself, but it was for nothing. For god’s sakes, kill him now. She bent over her desk. The pink bottoms of her swimsuit narrowly cut along her curves. Her thighs were long and trim up the back where they met her ass. And her inner thighs. Oh, Jesus. He dabbed at the sweat on his brow while his imagination filled…her thighs on his ears, her imagined taste coating his tongue. Sweet and light. Like her. That’s what she’d be. He just knew it.

“Here’s my set.” She straightened as she turned, seemingly clueless to the rage of desire he was fighting. “Let’s go.”

He backed up and held open the door. She flipped the open sign to closed, and as soon as he got out of her way, she stepped out, slid the key in the bolt and locked it. “Get much accomplished today?”

“As good as it can be.” All day long he smelled the gas from the chainsaw. The scent of fresh cut grass. Nature. His own sweat. All of it was replaced by the vanilla soaking in his nostrils from her. Her hair, her skin. The curves of her breasts. The scent of Gretchen. It followed her everywhere and he helplessly dragged behind, getting drunk off the stuff.

They walked in silence a little longer. “How’s the manor renovations coming along?”

“I’m not sure. There’s a lot of people in and out now, so I guess they decided the building itself was safe.”

“Yep.” That was all he knew because he didn’t go near the manor. Hell no. The manor was his brother’s future home. The place where he and his pregnant girlfriend would be living. Building a family. It was all so damn sweet and Lane didn’t want to see any of it. When he left, he didn’t want to know what the dining room would be like. Didn’t want to have the happily ever after vision in his head of his brother and his family around a big table. A table where Lane would never be able to sit.

Finally they reached his trailer and she walked up and unlocked his door. Now she would go away. Like, right now, she would leave and he’d get his head on straight. Because Gretchen with all her cuteness wasn’t built for what he needed. That was, she was all big doe-eyed sweetness.

In the seven months he’d been in town, he hadn’t seen her carry on a casual-anything with any man. He knew because he watched her, hoping he’d judged her wrong. That she was into being bent over the back of a couch and left sweaty and swollen and gasping for air as often as possible. No strings, no attachments.

Call him crazy, but there was something about the way she hung homemade pinecone bird feeders that said she was a relationship kind of chick.

As much as he wanted her, he couldn’t treat Gretchen that way. Which included leaving and forgetting about her. This town of Apple Trail was too small. His ancestors founded the place, of all things. little brother, Grant, would certainly kick his ass for mistreating and leaving a mess behind. So as much as he wanted to see if his big hands would span her waist, feel those nipples currently pebbled in her bikini top on his tongue, and how tight she’d grip his cock, he couldn’t go there.