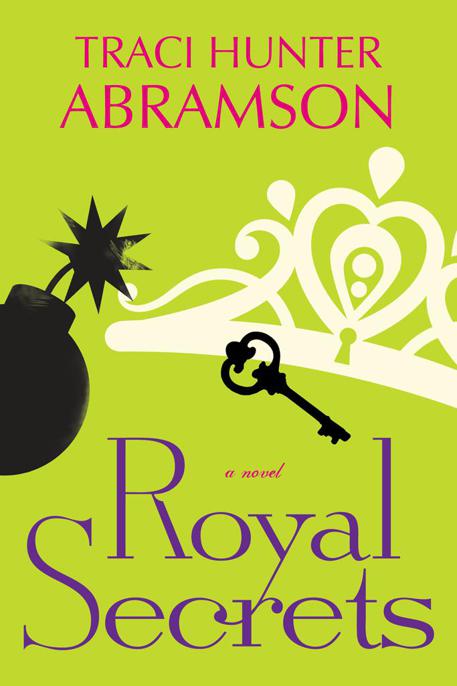 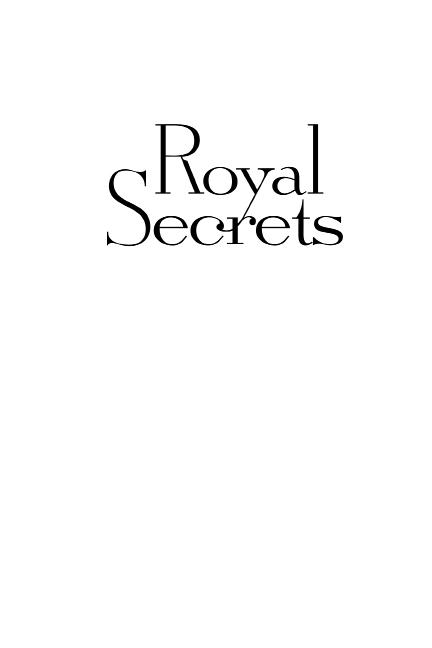 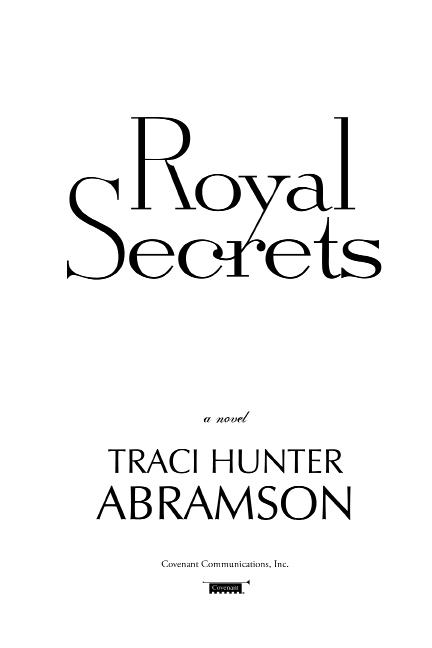 This is a work of fiction. The characters, names, incidents, places, and dialogue are either products of the author’s imagination, and are not to be construed as real, or are used fictitiously.

that ended much too soon

First, I want to thank all the readers who insisted the story from
Royal Target
needed to continue. You were absolutely right.

Thank you to my family for your constant support, especially Luke, Hunter, Parker, and Gabriel for teaching me all about little boys and their hopes and dreams. Thanks to Ed and Janice Parker for the inspiration behind the You Are Here maps needed in some houses and for always providing me a home away from home. Also, thank you to Tiffany Hunter and Rebecca Cummings for sharing your trials of single parenthood.

Thanks to Julie Robb for suggesting I use the name Alora, and thanks to everyone on Facebook who gave me suggestions when I needed to name a horse. Jeff Schrade won that impromptu contest, so thanks, Jeff.

As always, thank you to the wonderful people at Covenant for giving me the opportunity to do what I love.

Finally, my continued appreciation goes to Samantha Van Walraven and Rebecca Cummings for your constant willingness to help me turn an idea into a story. I don’t know what I would do without you.

“That’s the one.” The voice was all business with a harsh edge of irritation.

“Are you sure?” The younger man hesitated as he looked at the fenced yard, at the tricycle parked on the sidewalk leading to the Tudor-style house. A single candle flickered in each window, and a decorative wreath hung on the door. “It looks like kids live here.”

His jaw clenched, and heat flashed in his eyes. “Sometimes children have to pay for the crimes of their parents.”

“Don’t let yourself be fooled.” He looked past the tricycle to the sparkling white lights that adorned the outside of the house. “This is a house of spies and infidels. There are no innocents.”

Alora DeSanto shifted her baby, Dante, on her hip and kept a firm grip on two-year-old Giancarlo’s hand as she waited in line to pick up Dante’s prescription. Strep throat on Christmas Eve. She could only shake her head and hope the antibiotics the doctor had just prescribed would work miracles overnight so Dante wouldn’t be miserable for his first Christmas.

“I want to go home,” Giancarlo whined, his little lip poking out in a pout.

She looked down at him sympathetically. Both sets of his grandparents were home right now with her husband, Carlo, and her brother who had just arrived from Italy. Giancarlo had wanted so badly to stay home with everyone, but she had worried that he too was running a fever.

“Just be patient for a few more minutes, okay?” Alora gave his hand a little squeeze. “Then we’ll go home, and you can have that hot chocolate Papa promised you.”

Her cell phone vibrated in her pocket, and she debated briefly whether it was worth it to let go of Giancarlo’s hand to try to answer it. With a sigh, she looked down at Giancarlo and said, “Stay right here with me.” Then she released his hand and pulled her phone free, her eyes remaining on her older son. “Hello?”

Carlo’s voice came over the line. “Hi, honey. Where are you?”

“In line at the pharmacy. Dante has strep.”

“Poor little guy.” Sympathy hung in his voice. “I hate to ask, but is there any way you can pick up a gallon of milk on your way home? There’s no way we have enough to make it through tomorrow.”

“I’ll try, but no guarantees.”

“Carlo?” Alora waited a second. When there was no response, she held her phone out to see that the call had ended.

The pharmacist motioned to her that it was her turn, and she went to the counter to pay and collect the medicine. She was halfway to the door of the pharmacy when her phone rang again. She dug it out of her pocket once more, this time surprised to see that it was her neighbor’s phone number illuminating her screen rather than her husband’s. “Hi, Marie.”

“Alora!” Marie’s voice came out in a rush. “Thank goodness you’re okay! Are the children with you? And Carlo?”

“The kids are with me, but Carlo is at home,” Alora said, her focus still more on her children than on the phone call.

“Marie, what are you talking about? What about my house?” Alora hesitated, her mind replaying Marie’s earlier comment. “Why wouldn’t I be okay? What’s wrong?” Alora’s pace quickened. “Marie. Tell me what’s wrong.”

“There was an explosion.” Marie’s voice broke again. “Alora, it’s gone. Your house is gone.”

Alora’s face paled. Her phone dropped unnoticed to the floor, and she scooped Giancarlo up with her free hand. With a child in each arm, she rushed to her car and somehow managed to buckle her children into their car seats despite the terror clawing through her. Prayers raced through her mind as she somehow navigated the streets of Paris toward her home.

Ten minutes later her car screeched to a halt three houses away from her own. Fire trucks were parked haphazardly in the street, obstructing the view of her house. Two police cars blocked the road, their lights flashing. Dozens of people had gathered outside, and several policemen were stringing out yellow caution tape, apparently to keep everyone back.

“Mama! Look! Firemen!” Giancarlo unbuckled himself and scrambled out of the car as Alora quickly grabbed the baby from his car seat and managed to grab Giancarlo’s hand before he could race past her.

She could hear the crackling of the fire, could feel the heat emanating from beyond the barricade. Smoke lingered in the air, not the pleasant campfire scent but the acrid smell of firecrackers and burning gasoline.

Alora’s eyes frantically searched the crowd as she pushed her way forward, her muscles trembling. Panic and raging fear dominated, even as she fought to keep a glimmer of hope alive. She ignored the sympathetic looks her neighbors offered, her heart sinking with each step. When she reached the front of the crowd, all she could do was stare.

Tears streaked down her face unnoticed, her grip instinctively tightening on her children.

Ash and soot filled the air where her house once stood, blackened bricks and debris littering the yard and street. Flames licked at what was once the northwest corner of the house, and a mangled tricycle wheel was imbedded in the fence.

A neighbor talking to a policeman pointed at her, but she barely noticed. Once again, her eyes frantically searched the crowd.

Clutching her children close to her, she watched a policeman approach, his face grave.

Silent prayers rambled through her brain, but deep in her heart, she already knew what the policeman was going to tell her. There were no survivors.

Alora glanced around the park, looking for anything out of place. For more than three years, she and her children had remained safe, living in a small apartment on the outskirts of Zena, Italy, only a few miles from where she had grown up. Every day she awoke wondering if she would ever find a way to feel safe again, a way to feel alive again. And even after all this time, she still didn’t know who was responsible for tearing her world apart.

For months after the bombing, she had searched for information. The CIA had shared their suspicions that Carlo’s cover had been blown due to an inadvertent disclosure by his brother and sister-in-law. Beyond those basic facts, she didn’t know if the Agency truly hadn’t uncovered any more leads or if they were simply unwilling to share the information they did have.

Alora remembered how her brother-in-law had been mad that they wouldn’t come to the United States for Christmas that year, especially when their parents had chosen to spend the holidays in Paris with them. Carlo had finally broken down and admitted that he was CIA and tried to explain that his work made it impossible for him to travel right then. Alora knew that conversation had cost Carlo his life.

She reached the playground and leaned down to tie her four-year-old son’s shoelace. The moment she finished, Dante dashed toward the swings where his older brother was already playing. When she straightened, her dark hair caught in the breeze. Standing beside her, Janessa Rogers adjusted the baseball cap on her head.

“I feel ridiculous,” Janessa said in Italian as she pushed her dark sunglasses higher on her nose.

A smile tugged at Alora’s lips. “At least you’ve been trained to blend in. That must help when trying to get around the paparazzi.”

“I don’t think the Agency expected me to use my training for this,” Janessa said with humor in her voice.

Alora nodded in agreement. The CIA had trained them both well in a variety of skills, but typically, their expertise focused on survival tactics. Today Janessa was simply hoping for privacy. Her recent engagement to Prince Garrett Fortier of Meridia had put Janessa firmly in the spotlight, a place she had previously been trained to avoid.

Although both women had worked undercover for the CIA, their career paths had been markedly different. Janessa worked as an operative and a linguist, while Alora had primarily worked in finance. Janessa was American by birth. Alora was American by marriage.

After losing Carlo, the CIA had offered to transfer her back to the United States, but instead, she had opted to leave the Agency and return to her native Italy, to the city where she had been raised. Of all her friends from the CIA, only Janessa had made the effort to keep in touch after the tragedy.

Although Janessa normally visited several times a year, Alora had been surprised when Janessa had written to tell her she was coming. Not only was Janessa recently engaged, but Alora suspected she was also involved in saving Queen Marta of Meridia from a recent kidnapping attempt.

Alora didn’t typically keep up with the headlines, but she hadn’t missed the news last month when Queen Marta had nearly died at the hands of her captors.

The Girl Born of Smoke by Jessica Billings
Lord Toede by Grubb, Jeff
Empyrion II: The Siege of Dome by Stephen Lawhead
Through the Window by Diane Fanning
Meadowlarks by Christine, Ashley
Stiletto Secrets by Bella J.
Needing You by Fike, T. Renee
Secretariat Reborn by Klaus, Susan
A Death in the Asylum by Caroline Dunford
Cyclogeography by Jon Day
Our partner