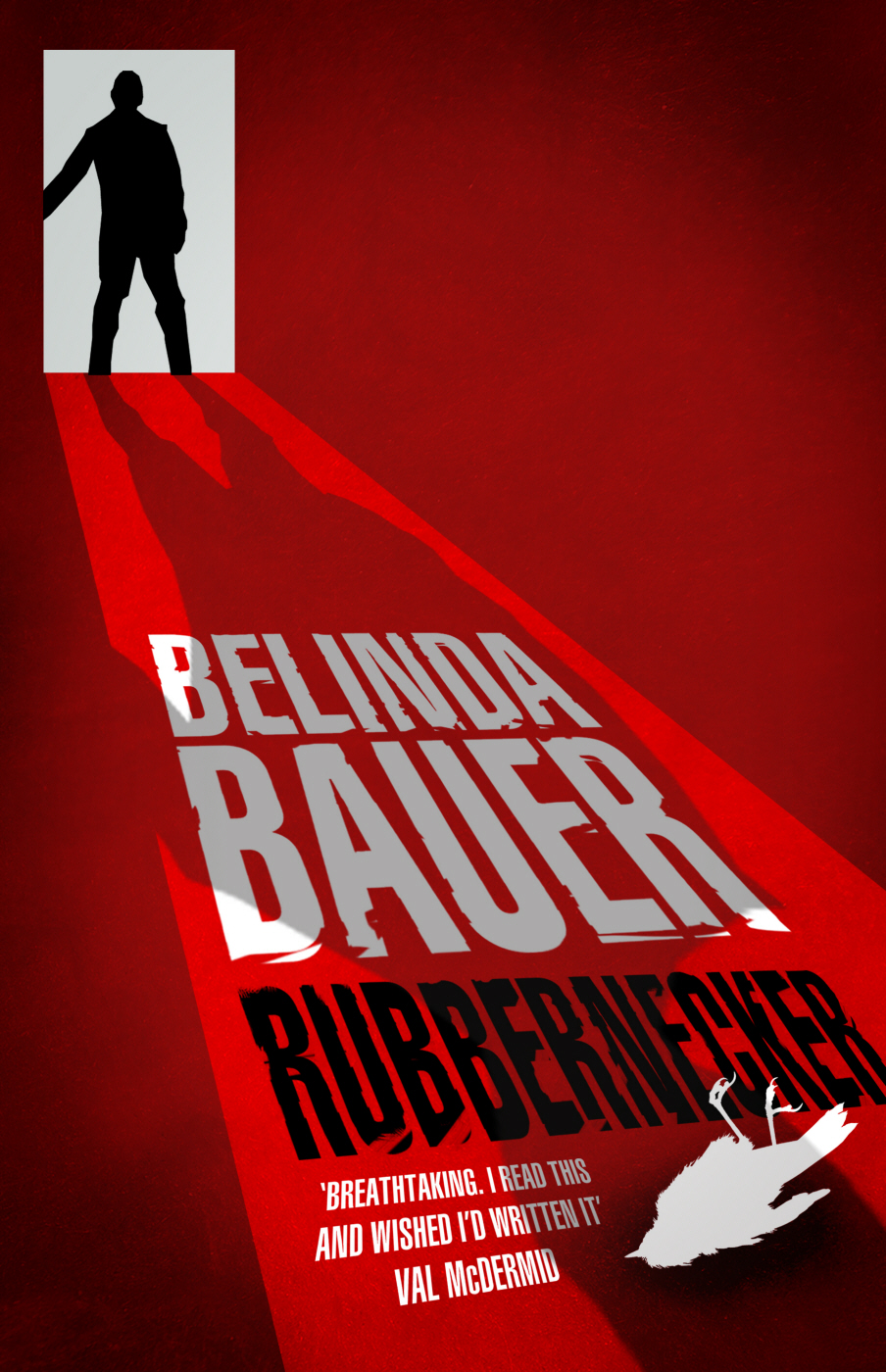 ‘The dead can’t speak to us,’ Professor Madoc had said.
That was a lie.

Because the body Patrick Fort is examining in anatomy class is trying to tell him all kinds of things.

Life is already strange enough for the obsessive Patrick without having to solve a possible murder. Especially when no one else believes that a crime has even taken place. Now he must stay out of danger long enough to unravel the mystery – while he dissects his own evidence.

But as Patrick learns one truth from a dead man, he discovers there have been many other lies rather closer to home . . .

To Simon, for all the early days.

DYING IS NOT
as easy as it looks in the movies.

In the movies, a car skids on ice. It slews across the road, teeters on the edge of the cliff.

It drops; it tumbles; the doors come off; it crumples and arcs, crumples and arcs – and finally stops against a tree, wheels up, like a smoking turtle. Other drivers squeal to a stop and leave their doors open as they rush to the precipice and stare in horror, while the car—

The car pauses for dramatic effect.

And then bursts into flames.

The people step back, they shield their faces, they turn away.

In the movies, they don’t even have to say it.

In the movies, the driver is dead.

I don’t remember much, but I do remember that the Pina Colada song was on the radio. You know the one. Pina Colada and getting caught in the rain.

I hate that song; I always have.

I wonder whether I’ll tell the police the truth about what happened. When I can. Will I have the guts to tell them I was trying to change channels when I hit the ice? Because of that song. Will they think it’s funny? Or will they shake their heads and charge me with dangerous driving?

Either would be a relief, to be honest.

I was on my way to pick up Lexi from Cardiff. She’d been away somewhere; I can’t remember where – maybe a school trip? – but I do remember how much I was looking forward to seeing her again. She often got the train home with her friends, but now the weather had turned and the trains weren’t running. Ice on the line or something – you know how many excuses train companies have for their shoddy reliability. When I was Lexi’s age you could set your watch by the trains; now you can hardly set your calendar with any confidence.

Oh, I was coming down the A470 with the old tips looming over me and the ground sloping sharp away into the valley below. It’s all grass and trees now, of course, because of the old Coal Board planting, but tips is what a lot of them used to be, however much we all called them mountains. Mountains don’t turn to black porridge and bury little children at their desks the way this very one did, all those years ago. I remember
that
, you see, and I remember the little Williams boy with the wonky eye, who came to rugby practice one week and not the next, and never again. But other memories are jumpy or not there at all.

I do remember thinking,
Whoops, you didn’t see THAT coming, Sam!
And then hitting the barrier and wondering about the lie I’d have to tell to Alice to explain away the dent in the Focus. Only had it six months, and she’s always telling me I drive too fast. But before I could even
think
of a good lie, the car sort of jumped in the air and then all of a sudden I was the
wrong
side of the barrier, with not much between me and the River Taff but a two-hundred-foot drop.

That drop came in four parts.

The car hit the ground nose-first and the windscreen shattered into lace with a sound like squashing a giant beetle.

Then came the silence while I flew like a happy lark.

Then it hit again – all crashing metal, and the grass an inch from
my
nose. I tried to jerk my head away but I had no control, and I saw the damp tufts and the crystals of leftover ice, as big and sparkly as dinner plates.

Then came more lovely silence, as I watched the dull snow-sky pass by in slow motion and wondered who would pick Lexi up now. We’ve only got the one car. Maybe she could stay the night with Debbie – she’s a nice girl.

This time, when the car hit, I bit my cheek and tasted the iron of blood down my throat. The door came off and I watched my right arm flail close to the opening as we took off again – me and the car we bought together at Evans Halshaw in Merthyr. It was an ex-demonstrator so we got two grand off, but it still smelled new, and that’s the main thing, Alice said.

She’s going to be so cross with me.

I don’t remember coming down the fourth time, but I’m assuming we must have, or I wouldn’t be here – I’d be the first Ford Focus driver in space.

With my luck, I probably wouldn’t even remember that.

The traffic had slowed to a crawl and eighteen-year-old Patrick Fort could see the blue flashing lights up ahead.

Patrick didn’t answer pointless statements. They both had eyes, didn’t they?

He sighed and wished he were on his bicycle. No bother with jams then. But his mother had insisted on driving – even though Patrick didn’t like riding in cars – because he was in his good clothes for the interview. He was wearing the only shirt with a collar he owned, the grey flannel trousers that made his thighs itch, and the shoes that weren’t trainers.

‘I hope nobody’s hurt,’ she said. ‘Probably hit ice on the bend.’

Patrick said nothing again. His mother often spoke like this – making redundant noise for her own edification, as if to prove to herself that she wasn’t deaf.

They edged towards an impatient-looking policeman in DayGlo who was flapping an arm, ushering cars past in the open lane.

Now they could see where a car had gone over the side. The dull silver crash barrier was stretched into a deep loop, as though it had tried to hold on to the car for as long as possible, but had finally had to let it go with a bent sigh. A knot of firemen stood and looked over the edge of the precipice; Patrick supposed their training qualified them for that, at least.

The car ahead of them had stopped and Patrick could see all its occupants craning to the left.

Rubberneckers. Desperate for a glimpse of death.

The policeman shouted something at them and flapped his arm furiously to get them to drive on.

Before his mother’s car could move again, Patrick opened his door and stepped out on to the tarmac.

He ignored her. The air outside the car was bracing, and the slope above him suddenly seemed more
real
– a looming hump of solid matter, covered with a yellow-red carpet of dead winter grass. He walked over to join the firemen.

Patrick leaned against what was left of the barrier and peered into the valley. A car lay, wheels turned up in death, wedged against a small stand of trees close to the riverbank. A trail of debris marked its path from the road – a door, a magazine, a length of twisted trim. The radio was still on in the stricken car, and Patrick could hear a song floating tinnily up the side of the valley. ‘In Dreams’ by Roy Orbison – 1963. Patrick didn’t care for music, but he never forgot a release date.

‘What happened?’ he said.

The nearest fireman turned to him with a roll-up clamped in his lips. ‘Who are you?’

‘Is anyone in there?’ said Patrick.

‘Maybe. Get back in your car.’

‘What do
you
think?’

‘I can’t tell from here,’ shrugged Patrick. ‘Can you?’

Patrick frowned at his hand. ‘You’re smoking and staring at a car.’

‘Just bugger off home, will you!’

‘Patrick!’ His mother appeared and took his elbow and said sorry to the fireman, even though she couldn’t have known why.

Patrick took a last look. Nothing was moving down there. He wondered what things were like inside that car – still and twisted and bloody, and awash with Roy Orbison getting higher and higher like the torture of angels.

He shook his mother’s hand off his arm, and she said sorry to
him
then. She was sorry about everything, always.

They got back in the car and his mother continued driving – but much more slowly.

TRACY EVANS HAD
imagined that the Cardiff neurological unit would give her plenty of time to catch up on her reading. All that quiet; all that stillness; all those comatose patients not vomiting into paper dishes, not peeing into cardboard bottles, not ringing those buzzers that made her feel like an effing air hostess – without the perks, or the prospect of marrying a pilot.

She’d been looking forward to the lack of hassle, and to
Rose in Bloom
, the third in the Rose Mackenzie series. In the first, Rose Mackenzie had graduated from the orphanage, shy and beautiful and still a virgin, despite several titillating attempts on her virtue. In the second, she’d had her money and her heart stolen by the cad Dander Cole – only to be rescued from imminent ruin by Raft Ankers, her tall, dark and monosyllabically handsome guardian. Raft’s secret (and therefore, no doubt, tragic) past kept him from paying any but the most formal attention to her, of course, but Tracy knew what Rose could not yet see – that embers glowed in the depths of his unfathomable eyes, waiting to burst into flames of passion.

The Cocktail Waitress by James M. Cain
Sweet Temptation by Greenwood, Leigh
Mine to Claim (Shadow Shifters: Damaged Hearts) by Arthur, A.C.
The Drowning by Camilla Lackberg
Witherwood Reform School by Obert Skye
Typhoon by Shahraz, Qaisra
Danice Allen by Remember Me
Kazuo Ishiguro by When We Were Orphans (txt)
The World of Yesterday by Stefan Zweig
The Architect by C.A. Bell
Our partner