Rumpole and the Primrose Path 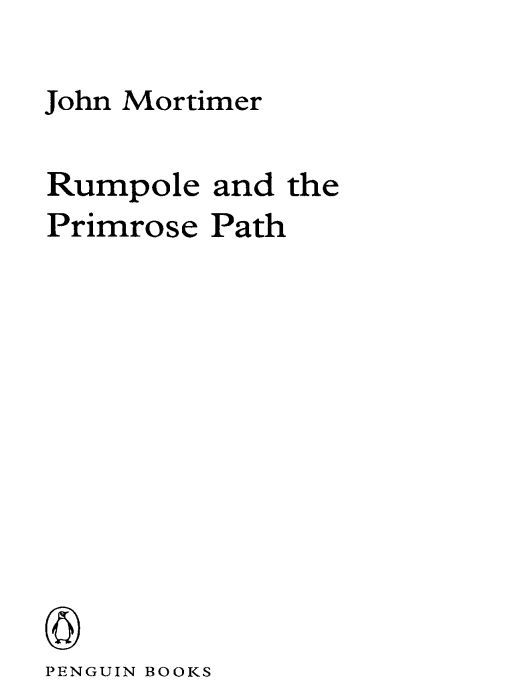 Table of Contents
Title Page
Copyright Page
Dedication
Epigraph
Rumpole and the Primrose Path
Rumpole and the New Year’s Resolutions
Rumpole and the Scales of Justice
Rumpole and the Right to Privacy
Rumpole and the Vanishing Juror
Rumpole Redeemed
FOR THE BEST IN PAPERBACKS, LOOK FOR THE
PENGUIN BOOKS
RUMPOLE AND THE PRIMROSE PATH
John Mortimer is the author of eleven other Rumpole books, many of which formed the basis for the PBS-TV series
Rumpole of the Bailey.
His work also includes many novels and plays and three volumes of autobiography. A former barrister at the Old Bailey, London’s central criminal court, Mortimer, who was knighted in 1998, lives in Oxfordshire, England. 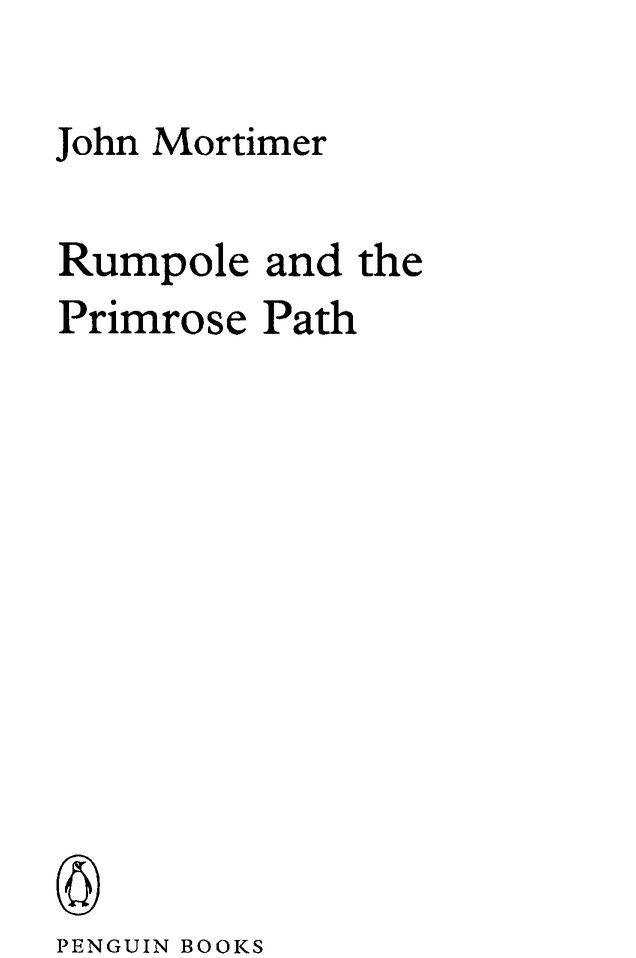 Mackinnons #02 For All the Right Reasons by Coffman, Elaine
Echo 8 by Sharon Lynn Fisher
Electric Blue by Jamieson Wolf
If I Should Die Before I Wake by Lurlene McDaniel
The Empty Family by Colm Tóibín
Kissing in Italian by Henderson, Lauren
Mr Gum and the Power Crystals by Andy Stanton
Imperial Traitor by Mark Robson
The Arrows of Time: Orthogonal Book Three by Egan, Greg
The Warrior Returns - Anteros 04 by Allan Cole
Our partner