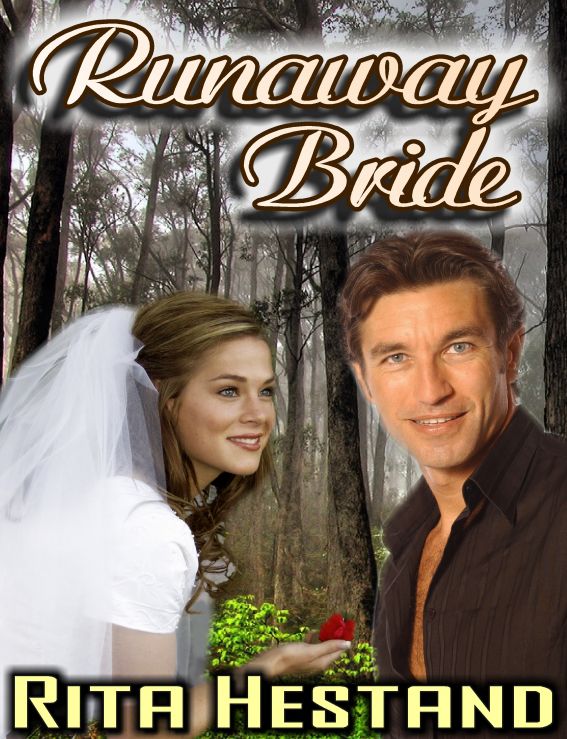 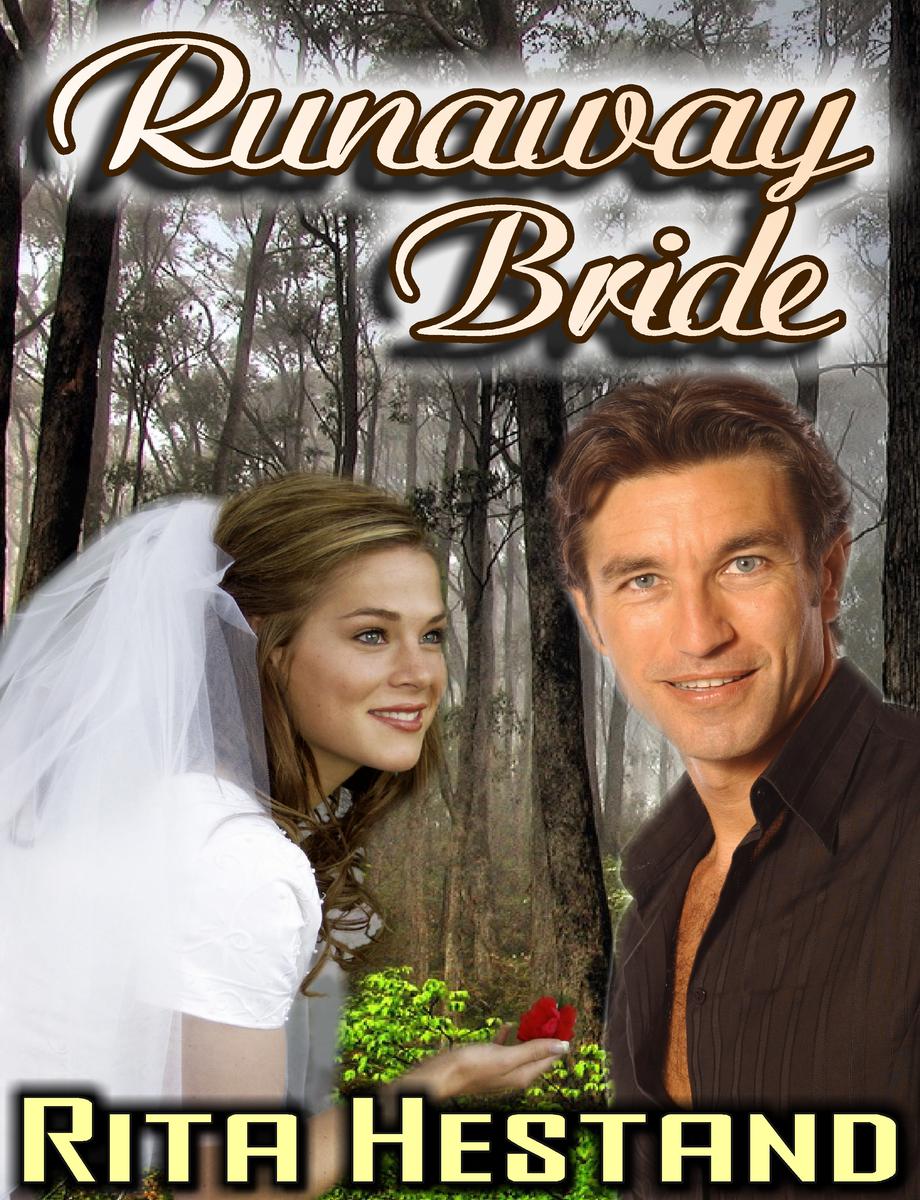 This book is licensed for
your personal enjoyment only. This ebooks may not be resold or
given away to other people. Please purchase an additional copy for
each person you share with. If you're reading this book and did not
purchase it. or it was not purchased for your use only, then you
should return it to Smashwords.com and purchase your own copy.
Thank you for respecting the hard work of the author.

When a gril can't make up
her mind what can she do? To all those in doubt, she becomes
a…Runaway Bride. Marriage is a serious step, it shouldn't be taken
lightly. To those who don't go through with it for one reason or
another, I wish you love….

Special thanks to Laura
Shinn for designing the lovely cover for me, it is beautifully
done, and credit to Media Focus and Can Stock Photos

"Why didn't you tell me, Chad?"
Savannah cried, amazed that her voice still worked. She paused,
looked at him as a sudden sadness filled her, and then looked away,
unable to cope with his helplessness. She didn't recognize Chad
this way. Composure was out of the question, for both of
them.

There was no way they could straighten
this out.

"You are just so sweet, Savannah," he
cried, glancing up at her with tears in his eyes. "I couldn't bear
to hurt you."

Sweet!
She was
sick of hearing that word. She didn't feel sweet at this moment.
She wanted to shout, scream, throw a fit, and yet, every time she
looked into Chad's pitiful face, she knew she couldn't.

He continued in a choked voice, as
though she weren't even there.

"I couldn't. I haven't told anyone. I
mean...how could I? You know my folks as well as I. They'd never
accept it. This isn't something you just blurt out Savannah. My
brothers have all succeeded in life. Our parents, they've had such
dreams for you and I." he replied, his hoarse whispering words
echoing in the emptiness of the house. A house that would have been
hers one day. A house she had contemplated cleaning and filling
with children.

Savannah looked around the charming old
house, thinking of the many times she had dreamed of making it such
a beautiful home, now it was all lost. It would never be
hers.

"You should have told
me
!" Savannah heard the bitterness in
her own voice spill over, as she wiped away a tear. She pressed her
lips together in silent anger, not at Chad, but rather herself for
not knowing how to handle this situation. "Didn't you think I could
understand? I always thought we could talk about
anything."

How could she have been so blind, so
naive? They had friends that were gay. She accepted them with all
her heart. But Chad...

Why couldn't she see what had happened
to Chad? Why hadn't she at least suspected something was different?
Oh she wondered why he hadn't taken things a little farther, but
she thought him only being gallant. Now she knew better, and it
hurt to know better.

"I know. You are absolutely right,
about that. I should have opened up to you about it long ago. In
time, maybe you'll forgive me." He glanced up at her, then down,
unable to meet her steady gaze. All he could do was sit there,
obvious discomfort and withdrawal mingled. "I should have at least
told
you
," Chad reprimanded
himself. "But Savannah, I didn't want to hurt you. I never wanted
to hurt
you
. You mean so much
to me, Savannah. I mean, you're such a sweet little thing. I admire
you...endlessly, Savannah. After all the well laid plans we've had.
I do love you...in a way. That's why I let it go on so long. Being
married to you wouldn't be so bad..."

There it was again, that
word sweet. Be so bad? He made her sound pitiful….Sweet, naive,
ignorant fool.

"I'm glad I found out," Savannah
sighed, her shoulders slumping slightly, "...in time."

"Yeah, I guess." His voice was soft,
yet alarmed. "I have a feeling I've lost something very
special...you!"

"Chad, let's don't go there. Please,
don't confuse me, not now. Everything is just too...exposed right
now. I need some time. We can still be friends. I do love
you…."

"I know...I'm sorry. I really don't
know how I'm ever going to break it to my family." He said hanging
his head as though already receiving their rejection.

Savannah looked at him, willing her
lips not to tremble as she spoke. "Well...you have to come up with
some explanation. I'm leaving..."

"Leaving? Now?" He suddenly stood up,
grabbed her by the shoulders, and then let go.

"Well you certainly don't expect me to
go through with this...wedding of ours, now do you?" Savannah
stared at him in astonishment.

He firmed his lips and frowned
helplessly, gesturing with his hands in midair. "No, I guess
not."

"Chad you can't live a lie. And neither
can I." Despite everything, she still had feelings for Chad but
those feelings had changed, drastically, in a matter of minutes.
She wanted to help him. And she wanted him to be happy. So he would
have to stand on his own and be the man she knew he could
be.

He nodded slowly, his hands going to
her shoulders, gently this time, as he stared into her eyes, "If I
could love a woman....I'd love you."

Savannah watched his face closely, as
though searching for the Chad she thought she knew so well.
"Somehow, I believe that. But it doesn't change a thing. You have
got to tell your parents...my parents, the truth. You have to
straighten this out, Chad."

"Oh, Savannah, I can't do that...not
now, not yet!" Chad cried, his movements’ jerky as his hand went to
his forehead and he reeled away from her, unable to face her any
longer. "I love my parents, your parents. I can't just blurt
something like this out. It would kill them. You know that. They
could never accept it. I'm not even sure I accept it. Losing you is
the biggest tragedy in my life."

"Thank you for that." Savannah twisted
about, her wedding dress swishing around her as she moved hurriedly
to face Chad again. The very sound of it irritated her. Everything
irritated her right now.

Chad didn't want to face her; he didn't
want to look at her.

He looked so handsome standing there in
his black tux, his light blond hair immaculate, and his blue eyes
pleading with her to understand. And she did to an extent. Only,
why hadn't she figured it out? It was maddening to think she was
that naive.

"How long do you need?" She barely
whispered the words, holding her breath for his answer.

"A lifetime?" An indefinable emotion
colored his blue eyes with dark foreboding.

"Impossible. You've got to face this
head on. I can't hide out forever. You've got to straighten this
out and soon. For both our sakes." When he sat so stone still, she
shook his shoulder, "Do you understand?"

"You're absolutely right, of course.
But...I don't know how to do it...yet." He paused, glancing at her
again. "Where will you go?" Chad asked, his face laced with concern
as he finally looked her in the eyes.

"I don't know. This wasn't a planned
event. I really don't know....but—I've got an aunt, out west, no
one ever visits her. Maybe I will." Savannah sighed heavily, unable
to look at Chad any longer. It was obvious Chad didn't want to
confront the congregation waiting at the church across the street,
nor their parents. His courage had waned and somehow she had to
reinforce its importance.

Savannah wanted to cry, wanted to
shout, wanted to run as far away as possible. She couldn't face
that crowd, either. She hadn't had the time to think. All she knew
was that she couldn't marry Chad.

He couldn't possibly know how much he
had hurt her. Her pending marriage had been all she had thought
about for months. The preparations she'd made, the dreams she had,
all gone. Perhaps she had been in love with the idea of marriage
itself, but nonetheless, those hopes and dreams had gone by the
wayside this morning. Crushed! One moment, peeping out into the
rose garden had destroyed her future.

Why did her mother insist on the
biggest wedding of the century? She and Chad had both agreed they
wanted a small wedding. Why had she allowed her mother to take
charge of what started out as a simple ceremony between two people?
Now, here she was in this designer wedding gown, looking for the
nearest exit. And Chad...poor Chad.

She should be mad. She should scream,
protest, throw something, but all she wanted to do was sit down and
have a long cry. And it hurt holding it back now. But one of them
had to be strong.

"You can't tell anyone where I'm going,
Chad. Do you understand?"

"Yes, of course I won't. Savannah..."
He looked at her sheepishly, then in desperation he pleaded, "If
you can keep my secret a while longer, I can surely keep yours. But
Savannah..."

"What?" she nearly shouted, her
emotions seemed to be going up and down a roller coaster ride of
extremes. One minute she wanted to comfort Chad, the next she
wanted to strangle him.

Emotions were not a luxury right now.
She had to think.

"I'm sorry. For so many things. For
leading you on, for letting this get so out of hand. For
being...me!" Chad cried, and then he chewed at his bottom
lip.

The sincerity in his voice had Savannah
nearly in tears again, but she had wept all she planned to for the
moment. She wouldn't cry, not yet at least. There would be a time,
but now was not it.

Nothing had changed...except they
wouldn't be getting married. She still loved Chad, differently of
course, but she loved him nonetheless. She couldn't just turn the
love off. Even now. If only the family could come to understand.
Coming from such a rich aristocratic family, denial would come
first, then later, much later, acceptance.
But knowing them as she did she was sure they wouldn't be
prepared for this anymore than she had been!

Understand? She didn't
understand it either!

How could one know someone
for so many years, and yet not know them at all?

She had all of thirty minutes to plan,
and think of how she was going to handle things. The congregation
was sitting in that church across the street waiting for her
untimely appearance. Her father was probably pounding on the
dressing room door by now.

Right or wrong, she'd made her own
decision, this morning. She wasn't marrying Chad. Running out on
Chad like this seemed the coward’s way out, yet, what she had just
faced was still fresh in her mind and she felt she had every right.
Perhaps she had opted for the easy way out of this situation,
too.

There wasn't time to plan it out, think
it through. She had to act, and now.