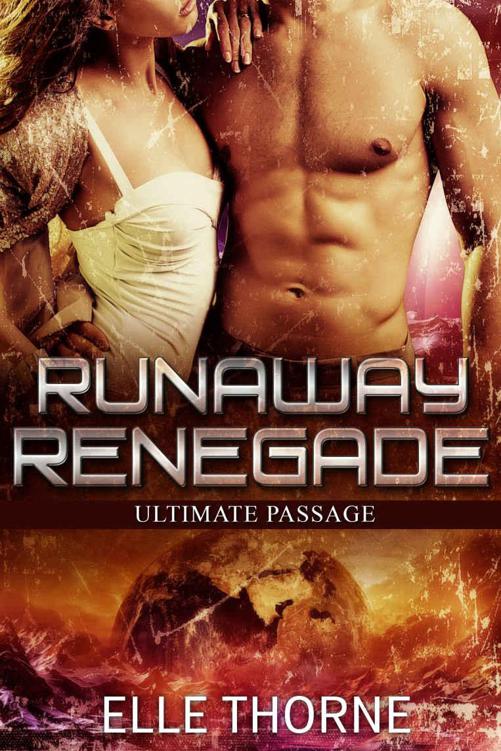 A wickedly sexy sci-fi new adult serial that continues... this time with a new couple and a new set of problems!

You remember Ali, right? This bad girl wasn't our favorite. Let's find out what she's been up to!

Ali smuggles herself to Earth. A fresh start in a fresh place, where there are no expectations, no boundaries. Or so she thinks. But she's got restrictions placed on her by her own kind, even here on Earth. What's a woman to do?

The solution? Fit in somewhere. Where can a woman with wings and shimmering color-changing skin go? Easy! An exclusive nightclub where bodypaint and costumes are the norm.

What she didn't expect to be the norm was the sexy stranger. Thane put the S-E-X in sexy. And he's got more secrets than she does.

A
warning
and a note of appreciation!

You can’t pick up in the middle of this serial. I do attempt to remind readers of incidents of prior books and characters, but it’s not feasible that I remind us of every incident that’s happened.

So for those that are old, please forgive as we do a bit of refreshing of facts for those who read the books a long time ago.

For those that are new, if you haven’t read
Her Alien Savior, His Human Hellion,
and
Midland Refugee,
I’d suggest you start in that order. Please don’t read this book out of order. The amount of backstory that is delivered will not be enough to bring all the nuances and characters to life for you.

I’m thrilled and honored that you have allowed me to create this world, this series, and these books.

Thank you for being a part of the journey that started with Finn and Marissa, a couple that I hold near and dear to my heart.

What was supposed to only be their story has turned into a series of books, with several couples, and several races, species, and couples.

I didn’t plan to spend this much time on these stories. I had no plans to write so many in this series. You—the readers—did it. Your love for the couples has kept us all coming back. I won’t say I haven’t enjoyed it because I have. It’s been an adventure, and I’m not ready for it to end. We still have at least two more couples to make happy.

T
hane gave
his best friend Zale a dirty look.
Is this summit meeting ever going to end?

Zale responded with a slight shake of his head. Enough of a warning to let Thane know he needed to watch it, that he didn’t need to catch the attention of the other Brethren.

Thane responded with the tiniest of eye rolls.

On a mountaintop in Asia, in a location that was not meant to ever be anything but anonymous, in a building that was not as old as its thousands-years-old visitors, many beings met to give their reports. The visitors to the location were known amongst their kind as the Brethren.

Thane was one such being. A thousands-years-old being, a Brethren. From nowhere near Earth.

He did not relish the cold temperatures on this mountaintop in Asia. Nor did he enjoy the meetings. If he ever had, it was so long ago that he no longer remembered it. He missed his home in Los Angeles, he missed the warm temperatures, and he missed his human friends. He was eager to report his findings, to hear the other Brethren’s reports, and then to return home.

He shivered and eyed the dainty porcelain cup of Himalayan tea that the senior Brethren’s humans served. What he wouldn’t give for a good espresso right now. The sooner he was finished, the sooner they’d be dismissed and allowed to return home.

Thane studied the other Brethren, tried to see them from the perspective of a human. The Brethren were Dumarian. A race from far, far away, the Dumarian sent the Brethren to Earth as guardians to protect humans from self-destruction, and from other paranormal beings.

The Brethren were handsome, every one of them, and only male. They bore a resemblance to humans with the exception of a few details. These details were not minor and had given rise to some of Earth’s myths, specifically those relating to dragons.

Human heads, with human features; arms and legs like humans, though taller than most. They were all six-foot-eight. This height did not seem as extraordinary in the present time as it had centuries ago, when it awed humans who were often barely above five feet.

The Brethren’s natural skin color was a darker gray. Scales merged with skin, undulating, shifting, and glowing gray and black. They had a set of magnificent wings, black as onyx, with a hook on the topside of each wing, in the center. The wings were not for show. They were fully functional.

The Brethren had been mistakenly called dragons centuries and centuries ago, giving rise to the myth of dragons on each continent. They had no fire-breathing skills. Rather, they found amusement in that claim.

“Thane.” It was Brohm, the most senior of the Brethren on Earth, the one to whom the monastery belonged.

Thane had completely tuned everyone out. Was it his turn to speak? He nodded, waiting, unsure if there was a question on the table or if it was his turn to report.

“On the topic of Saraz,” Brohm prompted. “You have news?”

Saraz, a Brethren exiled to the planet of Kormia more than a thousand years ago for violating a tenet. Saraz’s violation: He procreated with a human. His indiscretion was discovered centuries later in the form of a hybrid species, long after Saraz’s human mate had died. Her children had children, and so on and so forth, until finally a remote village in the mountains of the country now known as Italy had a concentrated gene pool based on the one known as Saraz. An entire isolated village of creatures, called the Asazi, a result of being segregated from new gene pool sources. This isolation had concentrated their DNA and made the mating between Brethren and human obvious.

Furious, the Brethren had banished Saraz and imposed sanctions on him and his progeny. The sanction was they never return to Earth. None of them. Not Saraz, and not his progeny. Asazi were one of two races that lived on Kormia. The other race… those were the Kormic. The Kormic history was a different sad, sad story.

Thane was put in charge of keeping an eye on Saraz, making sure he didn’t return, or send his progeny to Earth in his stead. This was not a task that Thane ever wanted. He didn’t agree to be a Brethren in order to become a keeper.

“Everything is in order,” Thane replied.

“If you find any Asazi, you do know what to do?” Brohm asked.

Brohm asked that question of Thane so many times that by now, Thane’s patience had worn thin. Why was the most senior of Brethren so worried that Thane wouldn’t do his job? Because his predecessor had failed, Thane reminded himself.

Thane knew what do. He’d known since Saraz was first exiled. He wasn’t charged with this responsibility when the Asazi had come to Earth. He was put in charge after Elinth had failed and been sent away.

Thane believed the entire matter was blown out of proportion. He was not fond of dealing death to innocent ones. He’d retired because he’d tired of that calling. He’d had enough of death-dealing from centuries ago, before he was made a Brethren. These were things he was not supposed to remember.

He sucked in a deep breath, and spewed his response in one quick sentence. “Eradicate them without leaving any evidence of their existence.”

That answer had been memorized long ago, but never put into play because the Asazi had never returned to Earth since Elinth left and Thane took over.

Brohm and the other Brethren nodded.

How would Thane know if they came anyway? If he met one face to face, he wouldn’t know unless they were in their natural form. With their shifting ways, the Asazi were as adept at hiding in human skin as Thane’s kind was. No wonder poor Elinth had never found out the Asazi had been coming to Earth to fulfill their need to incorporate humans in their breedings. Asazi looked just like humans when they shifted into human skin.

Thane wasn’t going to make the same mistake Elinth had. He monitored transmissions by all the private and government agencies that observed extraterrestrial findings. He had access to their reports. He rested easy. Nothing was out of place.

Thane had another ace in the hole. The Kormic Elders kept him posted on Asazi and Saraz’s activities.

Thane made a mental note to contact the Kormic Elders that provided him with updates. It occurred to him that he hadn’t heard from them in a while.

Itching to return home and to his human form, having found that his human skin was far more preferable for him these days, Thane rushed through his report, giving a quick summary.

In the beginning he’d struggled with converting, preferring to have his wings and body in their more freeing saural form. Now, centuries later, he no longer felt that way. He preferred being in his human form.

The only time he couldn’t control his form was during sex. Specifically, during his climax. It was as if his entire body was so concentrated on the climax that he couldn’t expend what was needed to keep his human form. His wings would unfurl, his skin would undulate, gray scales turning to glossy black, then back after the climax.

Sex with humans would have been difficult. One climax and the secret would be out.

Compelling thoughts and actions made sex possible. Compelling human females into thinking they didn’t see what they thought they saw, making their memories of his transformation vanish, that was the saving grace. Without that, Thane would have been forced to live a life of celibacy.

Thane never let his sexual conquests verge on anything that would be permanent or lead to procreation. He made very sure that he did not violate tenets. He had no desire to be in the same situation as Saraz—abandoned on a planet, going crazy. Then again, Thane wondered if Saraz had been on the crazy side
before
he was banished.

“Next order of business,” Brohm announced, turning to Zale.

The sooner Zale got through his report, the sooner they’d get out. Thane gave Zale a look that said “Hurry the fuck up”.