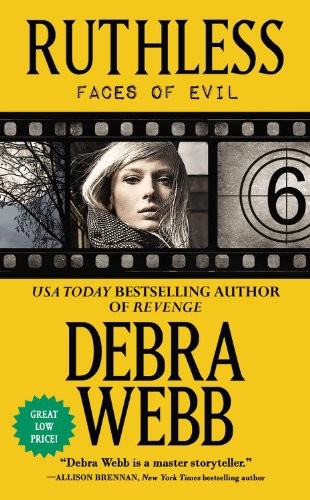 A Preview of
Obsession

Creating a compelling story and bringing a book to life is a considerable and sometimes uphill journey. It takes a number of folks to make the magic happen. From my awesome support team of friends (you know who you are) on the writing end to the fantastic vision of the cover artist (thank you, Kendel Flaum) to my incredible agent (Stephanie Kip Rostan), it takes hard work, dedication, and undying determination. But, along the way, there is one person who literally makes all the difference between a good story and a great one. One person who sees beyond where the story is to where the story could be, and that leap is the most pivotal of all. That one person is a good editor. My heartfelt thanks and immense respect goes to Amy Pierpont, a truly amazing editor.

The saying it takes a village is so true when it comes to our children. From the folks sitting on their front porch in your neighborhood to the clerk behind the counter at the market on the street corner, it takes all of us to look out for the safety of our children. There is nothing more terrifying than when a child goes missing. For all those who pay attention and act when a child is in peril, you are my heroes. You are the people who make the difference. Don’t ever stop.

I recognize in thieves, traitors, and murderers, in the ruthless and the cunning, a deep beauty—a sunken beauty.

H
e waited until well after dark before setting out to do his work. It wasn’t a task to be done in the light of day.

No, this rotten burden was best carried out in the dark to hide his shame.

Yet nothing was hidden from God.

His raised his face heavenward. “I have no choice, Lord. Forgive me.”

He dropped to his knees beneath the burying tree. Thousands of trees stood all around him, but he knew this was the one. He had not visited this secret place in many years, but he knew it by heart. He skimmed the beam of his flashlight over the towering, gnarled Live Oak. Excitement pumped through his veins, and he cursed himself for allowing the vile reaction.

He ripped open his shirt and reached for the obedience belt he wore. Gritting his teeth, he tightened the
wide leather to the next notch. He screamed as the nails dug deeper into his flesh. With small, shallow breaths, he forced his body to relax and savor the agony of his failure.

Hands shaking, he fastened the buttons of his shirt. The sooner he was done with this, the better for all concerned.

He clicked off the light and set it aside. No need for light. The map of his treasures was emblazoned across his soul. He was as familiar with the texture and terrain of this place as he was his own body.

He swept aside nature’s blanket. The heat of dog days had caused the leaves to start to fall earlier than usual, but that was no hindrance. His fingers roved and caressed until he found the spot where he wanted to begin. He lifted the portable spade from his backpack and began the slow, tedious work of moving the rain-softened soil.

“Bless me, Father,” he implored, his teeth clenched against the searing pain of his every move, “for I have sinned.”

The shaking that had started in his hands traveled throughout his body as his pleading words grew more fervent.
Thirteen years
. Thirteen long years he had abstained from the sweet allure of his one true weakness. No matter how intense the urge, he had remained stoic. His life had changed, and with that change came the necessity to turn aside from the sinful lusting that had haunted him all his days.

Finally, he put the spade aside and closed his eyes. The rest he must do with his bare hands. A renewed thrill dared to trickle through him as the memories of the night he had tucked his prize in this place whispered through his mind. He prayed harder, fought the carnal sensations. He worked his fingers through the earth until he found
her. His heart thundered so frantically he wondered if he would survive the coming moments.

He begged for death… but it did not come.

There was no choice but to continue.

He lifted the bundle from its earthen cradle, and his chest ached with the sheer effort of breathing. “Hello, precious one.” Scorching tears flowed down his cheeks as that old craving howled in the deepest recesses of his soul. “I’ve missed you so.”

H
er chest too tight for a decent breath, Jess Harris stared at the television mounted on the wall. The images of three young women, brunette and beautiful, remained frozen on the screen. The scroll beneath those bright, smiling faces urged anyone who recognized one or all to contact the FBI’s hotline.

Every news channel, website, and newspaper in the state was running the photos. The story, a tragic true-life reality show guaranteed to boost ratings, had been picked up by the national news. Fox, CNN, they all posed to the world the single question that burned in Jess’s brain:

Have you seen these women?

The Player had started a new game. And Jess was caught in the middle.

The Bureau was in charge of the case, since it involved their ongoing investigation into the serial killer known
as the Player, a sadist who was suspected of having murdered countless young women already. Not to mention the two federal agents he and his protégé, Matthew Reed, had murdered last month.

Damn you, Spears… I will get you somehow.

This time the tables were turned. They knew the perpetrator, but they couldn’t identify the victims… and there was no way to predict when the crime would occur. The Bureau and every law enforcement agency in the state were on alert for a crime that hadn’t happened yet.

Jess glanced at her cell phone that lay, oddly silent, on the conference table. Spears had repeatedly turned her life upside down, starting with the demise of her career at the Bureau. And now, the bastard had sent the photos of those three women with a warning that one was about to become his first victim in a new game. Then he’d shut Jess out. She hadn’t heard a word from him since the package containing the photos arrived nearly forty-eight hours ago.

Eric Spears, aka the Player. She squared her shoulders and tried to clear the lump from her throat. No one, not even the Bureau, was denying that Spears was the Player now. Didn’t matter that Jess had told them weeks ago. She hadn’t been able to prove it. So here they were more than a month later, and Spears was out there, free to torture and murder whomever he pleased.

Starting with one of these young women.

Wherever Spears was, rather than communicating with her, he had one of his friends or a hired lackey watching Jess. The texts he’d sent last week proved that much. How else would he know to send
Cheers
when she was having a glass of wine? Or
Bang
right after some creep in a dark Infiniti sedan pretended to take a shot at her? And she
couldn’t forget the fishing worms someone stashed in the fridge at her apartment.
Are you going to fish or cut bait?

Spears had gone fishing all right. Jess had to find him… before anyone else died.

“Damn it!” She shoved back her chair and stood. She couldn’t just sit here.

From his desk, Chief of Police Dan Burnett swung his attention toward her. “What’s wrong?”

God, didn’t he get it? Everything was wrong. “You mean besides the fact that you won’t let me out of your sight even to do my job?”

His need to protect her had gone from excessive to completely unreasonable, numerous long and heartfelt talks be damned. No matter how Dan claimed to trust her abilities and instincts, no matter that she had warned him this incessant hovering was making them both look bad to the rest of the department, Spears had made a move and all that had gone out the window.

For the past hour Dan had been going over updates on open cases while she sat here at his conference table pretending to review reports from her detectives on cases she couldn’t investigate. She’d closed out the Five investigation yesterday with a full confession from the perpetrators of that travesty. This morning she’d pretty much been twiddling her damned thumbs.

Visibly resigned to a battle, Dan set aside the report he’d been reviewing and pushed back his chair. Those same grim lines he’d been wearing since Sunday were etched even deeper in his face.

Before she could outmaneuver him he stood in front of her, his strong hands curled around her upper arms, making her long to fall against his chest.
Get a grip, Jess.
Just went to show how crazy not being able to do something about Spears or anything else was making her.

Why the hell did he have to treat her as if she were made of glass? “No.” Tears stung her eyes, making her all the angrier. “You do not
get it
. At least one of those girls will die.”

Fear and anger tore at her heart, stealing her voice for a moment. “She’ll be tortured for days… until he grows weary of her and then she’ll die an ugly, brutal death.” A sharp breath stabbed through Jess. “And it’s all because of me.” Her hand went to her throat as if she could somehow hold back the hurt rising there. “
I
started this.”

She wished his blue eyes didn’t reflect so very accurately the fear and pain torturing her. This was ripping him apart, too. “Gant and his team are doing everything possible to identify and locate those women. They
will
find Spears.”

Jess choked out a laugh. She couldn’t help herself; the anguish was giving way to hysteria. “They won’t find him, much less stop him, Dan, you know that.”

The Training of a Marquess by Sandra Owens
Domesticated by Jettie Woodruff
THE SUBWAY COLLECTION-A Box Set of 8 Dark Stories to Read on the Go by MOSIMAN, BILLIE SUE
Our Gang by Philip Roth
In Over Her Head by Melody Fitzpatrick
Border of the sun by Aditya Mewati
Black Is the Fashion for Dying by Jonathan Latimer
The Winter Wish by Jillian Eaton
The Best Part: Short Story by John Mantooth
Her Lucky Cowboy by Jennifer Ryan
Our partner