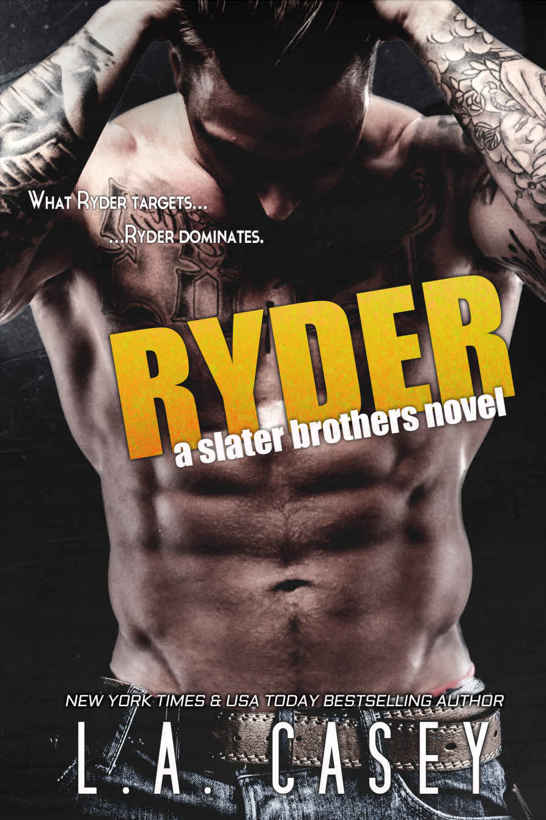 All rights reserved. Except as permitted under S.I. No. 337/2011 – European Communities (Electronic Communications Networks and Services) (Universal Service and Users’ Rights) Regulations 2011, no part of this publication may be reproduced, distributed, or transmitted in any form or by any means, or stored in a database or retrieval system, without prior written permission of the author.

The scanning, uploading, and distribution of this book via the Internet or via other means without the permission of the publisher is illegal and punishable by law. Please purchase only authorized electronic editions and do not participate in or encourage electronic piracy of copyrighted materials.

This book is a work of fiction. Names, characters, establishments, organizations, and incidents are either products of the author’s imagination or are used fictitiously to give a sense of authenticity. Any resemblance to actual persons, living or dead, events, or locales is entirely coincidental.

Other Titles by L.A. Casey

My readers – this is for you.

I repeated the thought over and over as I sat in my best friend’s apartment. Aideen Collins was wrapped up in the arms of her fiancé—Kane Slater—and they both focused their attention on their beautiful baby boy, Jax.

Those I loved surrounded me, and what should have been a happy time, wasn’t. Not for me anyway. I watched my little sister, Bronagh, interact with
her
fiancé, Dominic Slater, who, like Kane, was
my
fiancé’s brother, and I fought back tears as his hand absentmindedly stroked her abdomen where their baby girl was growing.

I gnawed on my inner cheek as I looked away from the happy couple and focused on the plasma screen TV on the wall facing me. My eyes watched the programme that was showing, but my brain had no clue what was happening because it was elsewhere. I straightened up and hoped I didn’t appear to be so out of sorts, but I wouldn’t have been surprised if I did, because I felt dreadful.

I was green with envy every time I looked at Kane and Aideen with their sweet Jax, but my heart broke when I watched how Dominic interacted with Bronagh. She was my little sister. I was a whole decade older than her and she had surpassed me on the journey to motherhood. I had no doubt she would marry before me, too.

I hated that I felt so bitter towards my own blood. I was beyond happy for them, but I hated them a little at the same time. She and Dominic were solid. They suited each other so well, and their love, though sometimes extremely intense, was true and forever binding. The more I let myself think about them, the more depressed I felt when I looked at my own relationship.

I didn’t think it could even be classed as a relationship anymore. Ryder and I, we both changed. Somewhere along the line, we stopped being nice to one another. To a point, we stopped being loving towards one another. It started out as normal bickering that grew into full blown screaming contests. We weren’t even at that angry stage anymore; we were at the silent one.

We ignored one another, and when we did interact, it wasn’t pleasant.

I didn’t know where we went wrong, but Ryder and I, we fell out of love. It pained me to admit that, but it was the truth. I loved him dearly, but I wasn’t
in
love with him anymore. Not with the version of Ryder I was living with. I was deeply in love with the man he
used
to be, the man who would give me the world if I asked. It broke my heart because I had no idea how we had gotten to the point we were at. I had no idea what I did wrong.

I glanced to my left to where he was sitting on Aideen’s sofa. He was, as usual, tapping away on the screen of his phone and paying me no mind. I almost snickered when I remembered, many months ago, that I used to feel hurt when he gave his phone more attention than me, but now I relished that the stupid device held his gaze, because I never wanted him to look at me and
really
see me like he used to, because he would see how weak I had become.

I didn’t want him to see that I was broken.

I looked away from him and picked up the bottle of water I got from Aideen’s fridge when I came over. I uncapped the bottle, took a swig and swallowed down the cool liquid. I widened my eyes when some of the water went down the wrong way and entered my lungs. I lowered my bottle and instantly began coughing as I lifted my hand and pressed it against my chest.

I jumped with fright when I felt a hand press against my back, and lightly tap away, helping me get the water up and regain my composure. I looked back to my left as Ryder retracted his hand away from me, without ever looking away from the screen of his phone.

I stared at him blankly, blinking.

I wasn’t sure what to make of his kind gesture, which was terribly sad. He was my fiancé and I was surprised that he touched me. He never touched me anymore. Not if he could help it, anyway.

Silence settled over us again and instantly my sadness returned.

I hated feeling so down.

I looked away from Ryder and glanced around the room, my eyes landing on Aideen as Bronagh and Keela moved away from her, smirks in place on both of their pretty faces.

What were they up to now?
I wondered.

I smiled to myself and shook my head at the troublesome trio. I glanced down to my leg when it vibrated. I reached into my pocket and took out my phone, smiling when my co-worker’s name flashed across the screen.

He joined our crew at the hospital about six months ago. He was a twenty-eight year old English man who moved over from London when he was twenty years old and loved it so much that he never went back home.

Ash was a hoot. He made me laugh on days that I thought I could do nothing but cry. He talked to me, and he listened to me talk. A
lot
. He became quite a good friend of mine, and I was very thankful to have met him at a point in my life when I needed a pick-me-up.

Ash was pure light; he would brighten up anyone’s day.

I slid my finger across the green blob on the screen then brought the phone to my ear. “What do you want?” I asked, grinning.

Ash snorted through the receiver. “It’s a good thing I didn’t misdial a hotline number and ask for phone sex when you fired
that
loaded question my way.”

I joyfully laughed, the sound surprising both me, and others around me. I looked forward when I felt many sets of eyes on me, but only one set that caused me to tense up.

We had grown apart, but I could never seem to shake the sensation that came over me when he looked at me. The moment his eyes locked onto my body, I became hyper aware of every movement I made.

I playfully rolled my eyes.

Ash decided to label me with the nickname ‘Angel’ when the grandfather of one of our patients a few weeks back kept calling me it when he addressed me. I asked him to drop it, but he refused and called me it as often as possible, and it had seemed to stick.

“No worries,” Ash chirped then lowered his voice. “You won’t
believe
what happened on the ward today after you went home.”

Ash worked the delivery ward with me, and bar a few extra hours here and there, we had an identical roster. Since he started, I hadn’t been on a shift where he wasn’t there with me. It was like the Health Board knew we would make a good team and lumped us together indefinitely.

“If you tell me the patient in room four that screamed feckin’ murder all day randomly stopped when I walked off the ward, then I’m goin’ to bloody curse her.”

Ash’s deep laughter filled my ear, and it warmed my hurt heart.

“No, she was
still
screaming when I left... even though she got her epidural and was numb from the waist down.”

I giggled. “There’s always one who goes
way
overboard.”

Entanglement by Gregg Braden
Owen's Daughter by Jo-Ann Mapson
Techromancy Scrolls: Adept by Erik Schubach
A Dangerous Age by Ellen Gilchrist
For the Sub by Sierra Cartwright
Come Get Me by Michael Hunter
Just Like a Woman by Madeleine Clark
Great Apes by Will Self
elemental 08 - elements of war by ladd, larissa
Beautiful Boys by Francesca Lia Block
Our partner