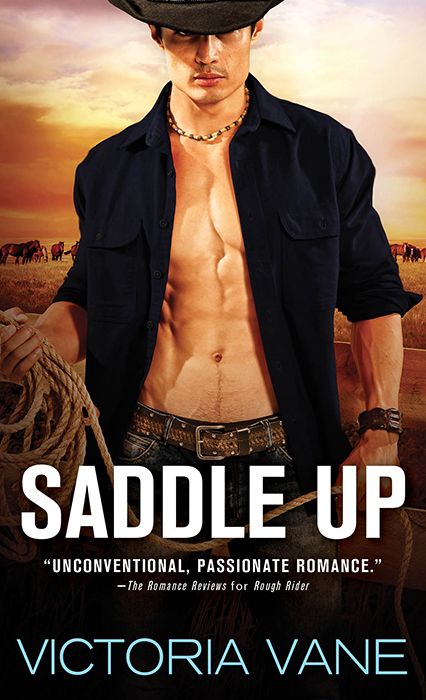 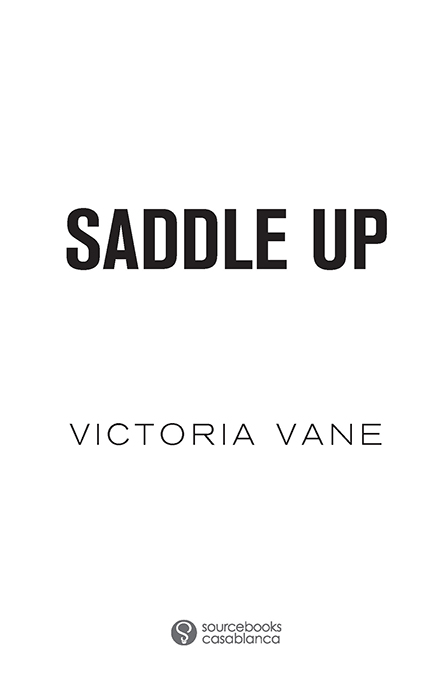 With speakers blasting Aerosmith's “Back in the Saddle,” the buckskin-clad rider vaulted onto the horse's back. Squeezing moccasin-covered heels into the animal's flanks, he pierced the air with a war cry and entered the arena at a hand gallop, crouched low over the pinto stallion's neck.

His black eyes were piercing, his cheekbones prominent, and his features, chiseled perfection. His physique was equally mouthwatering, honed of lean, hard muscle. “I'm not here to teach you how to train a horse,” he said, black eyes dancing over his captivated audience. “That's not what this is about. I'm here to tell you how you can forge a lifelong partnership, a spiritual bond that is virtually unbreakable.” He paused, the connection with his spectators almost palpable.

“Just as in love,” he continued, “there are three possible kinds of relationships you can have with your equine partner. The first is much like a stale marriage. You barely tolerate one another. When you speak, he mostly ignores you. Like a passionless husband, this horse is completely indifferent to you.”

He glanced over his shoulder.

Cued to his movement, the horse turned his hindquarters and walked off.

“Unless, of course, he wants something from you.”

The horse came sauntering back to nudge his pocket, snatched a treat, and then promptly trotted away again with its head in the air.

“As you might guess, this one-way relationship can lead only to frustration and ultimate dissatisfaction.”

He paused again, this time for effect.

“The second kind of relationship is confrontational and combative. You fight all the time, exchange harsh words, maybe even blows. You use the crop, and he reciprocates with his teeth. You are almost fearful of him. When you ride, he bucks and rears, employing any tactic to get you off his back. You beg and plead, becoming euphoric with the least crumb of cooperation.”

He reached out tentatively toward the horse. It reared, baring its teeth, then kicked out and bolted across the arena.

“The third kind of relationship is what we all seekâthe romance and passion. The magical relationship when your two souls become one. Like a good lover, he not only responds to your sounds, moods, and body cues, but even comes to anticipate your innermost thoughts and unspoken desires.”

He looked over his shoulder with a smile. The horse came trotting up, offering his muzzle with a soft nicker. The man once more scanned the spellbound faces and his mouth stretched into a slow, seductive smile. “Now I ask, which kind of relationship do you want?”

Miranda glanced up from the video monitor as her roommate, Lexi, passed by. “Whoa, Nelly!” she exclaimed with a double take. “
Who. Is. That?
”

Miranda paused the video. “
That's
the guy I'm filming tomorrow. He calls himself Two Wolves. He's supposed to be some sort of equine behaviorist.”

Leaning over Miranda's shoulder for a better look, Lexi gave a low whistle. “Man, just look at that ass.”

Miranda rolled her eyes. “Don't drool all over my keyboard, Lex.”

“By the look of it, so would half the women in his audience,” Miranda replied dryly, not about to admit she was just as enthralled. She'd never seen anyone quite like him. From the top of his head to the tips of his beaded moccasins, everything about the guy oozed raw sensuality. One thing for certain: He sure knew how to work a crowd. No wonder he'd caught Bibi's eye.

Lexi popped the top of her Dr. Pepper. “Randa, honey,” she chided in her native West Texas drawl, “just because you aren't gettin' any doesn't mean you have to begrudge the rest of the world.”

“My love life, or lack thereof, is none of your business, Lex.”

“Someone needs to make it their business, because you certainly aren't doing anything about it.”

“No time?” Lexi snorted, nearly choking on her drink. “You have nothing
but
time. How many hours a week do you spend vegging in front of the tube, watching old movies?”

“It's work!” Miranda protested. “How can I learn anything if I don't study my craft?”

“All right, I'll bite, but why not take one lousy night off just to play? Go out and mingle with the other half, spread some pheromones.”

“Are you kidding?” Miranda snorted. “With this skin? I have to wear SPF 40 just to walk out to my car.”

“Then go clubbing with me.”

“No offense, but I'm really uncomfortable in those kinds of places. I don't have the right look or wear the right clothes. I don't fit in with all the âbeautiful' people here.”

In four years she'd had no real dates to speak of. Not that she hadn't wanted to date, but she'd never been all that comfortable meeting new people, let alone Lexi's flamboyant crowd of actors and musicians. No matter how hard she'd tried, she always felt like a fish out of water. That was the one thing she hated most about L.A., feeling insecure. She knew she didn't fit here. Although she'd accepted that long ago, acceptance didn't alleviate loneliness. Lexi had just about given up on her. Then again, who had time for a real relationship anyway?

Lexi laughed. “Honey, this is Southern California. Anyone can be beautiful. All you need is a credit card. Do you think this nose came naturally?” She turned her head to display a pert, perfect profile. “So what's the story with this hottie horse whisperer, anyway?”

“I don't really know,” Miranda said. “Bibi called a couple of hours ago, telling me to drop whatever I had going on this weekend to go down to Rancho Santa Fe. Marty was supposed to video for her, but he's in the ER with a kidney stone. She wants me to fill in for him.”

Bibi was a big name in indie filmmaking and long accustomed to everyone jumping at her commandânot that Miranda had any plans this weekend, or any other. She didn't care that Bibi was giving her the assignment only because her lead videographer had called in sick. The reason didn't matter. All that counted was that she'd finally have a chance to get behind a camera and prove herself.

“In Rancho Santa Fe?” Lexi's brows rose. “Not quite slumming it, are you?”

“It's only a promo video,” Miranda said, “but I'm hoping she'll finally let me have some creative input.”

“Don't get your hopes up too high,” Lexi warned. “You know how tough this business is.”

“I know.” Miranda sighed. “But I can't help hoping for a chance. Hey, do you want to go with me? We haven't done anything together in ages. It could be really fun.”

“Wish I could,” Lexi answered. “I'd love the chance to get up close and personal with him.” She nodded to the paused image. “But I got a callback yesterday on the new zombie flick. I have to memorize the script.”

“You actually have lines in this one? I thought zombies didn't talk.”

Lexi grimaced. “No lines exactly. But I plan to raise my grunts and groans to an art form.”

“Good luck with that,” Miranda remarked.

Lexi's brows met in a scowl. “Need I remind you that Jamie Lee Curtis got her big break by screaming?”

In truth, she couldn't help feeling a pang of envy. Like her aspiring-actress roommate, Miranda had arrived in Hollywood with stars in her eyes. Lexi was at least getting callbacks, but thus far, the closest Miranda had come to fulfilling her own dream was fetching lattes for the camera crew.

After Lexi disappeared into her room, Miranda went back to the video. She'd initially hoped this would be her chance to prove herself, but put little hope in a project featuring a man decked out in Native American regalia doing a bunch of circus tricks. It was unlikely to win her any professional accolades, no matter how smoking hot he was.

Determined not to go into the project blindly, she spent the rest of the afternoon researching her subject, but Google gave her almost nothing besides his appearance schedule and clinic videos. Other than a brief bio on his website, the man in the ass-hugging buckskin was a complete mystery.

The following morning, Miranda tossed her overnight bag in the back seat of her VW Jetta and rolled down all four windows before pulling out of the drive. The AC had quit working months ago, but rather than wallowing in misery, she chose to fantasize that she was behind the wheel of the shiny red Mustang convertible she'd promised herself once she got her big break. It was the car she'd vowed to drive in the entire length of the Pacific Coast Highwayâstill another unfulfilled promise she'd made herself the day she'd arrived in L.A.

Everything about California had been so exotic and exciting back then, but over time, disappointment and disillusionment had begun to tarnish the glitter of Tinsel Town. Passing the historic Studio City Theatre on Ventura, she was vividly reminded of the dream that had driven her west in the first placeâthe chance to make movies. Would she ever get a break? Statistics weighed heavily against it. Only stubborn pride had kept her from hanging it all up and going back home to Ohio.

Hedged in by traffic on all sides, she crept along, lost in her thoughts, until finally merging onto the Hollywood Freeway. Although this assignment wasn't quite what she'd hoped for, she was determined to make the best of it. She consoled herself that it was at least a step up from the weddings and bar mitzvahs that normally filled her weekends. The drive would also give her the chance to escape the monotony of her real life for a few days.

Approaching the junction of Interstates 5 and 710 in East L.A., she suddenly felt like she'd come to a fork in her life. For five years she'd been too blinded by ambition to enjoy herself, and what had it gotten her? An overpriced apartment the size of a postage stamp and a lonely single bed.

Her hands tightened on the wheel.

A horn blasted as she swerved right into the lane leading to the Long Beach Freeway. The ocean route would add at least two hours to her drive, but she was determined to fulfill at least part of her dream.

Hot by Julia Harper
Clutched (Wild Riders) by Elizabeth Lee
Pack Community (Were Chronicles) by Smith, Crissy
Ticket to Ride by Ed Gorman
A Dancer In the Dust by Thomas H. Cook
Ward Against Darkness (Chronicles of a Reluctant Necromancer) by Melanie Card
Endure My Heart by Joan Smith
When You Don't See Me by Timothy James Beck
Highland Tigress (Tiger Series) by Anderson, Amanda
Pulse 3 (Pulse Series) by Rhea Wilde
Our partner