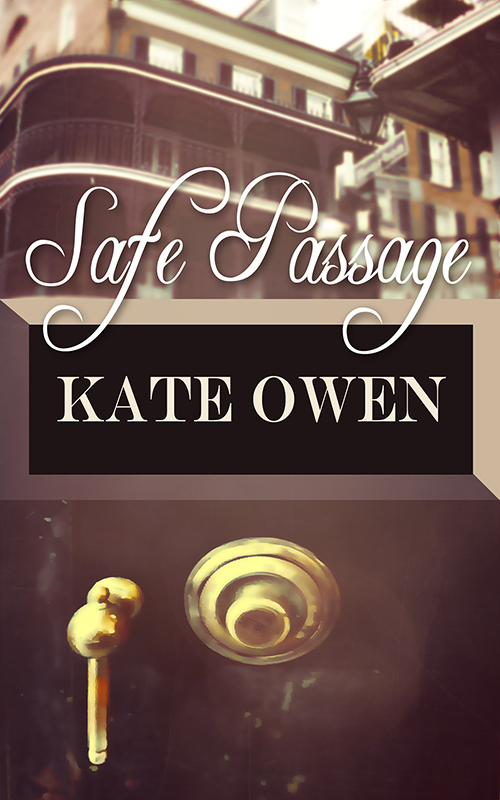 While doing renovation on the old New Orleans home inherited from her great aunt, Jules discovers an old safe filled with letters written in French—and code. Enlisting the aid of a local French teacher, the beautiful Gen, Jules slowly begins to learn the truth of her great grandfather's death …

All rights reserved.  No part of this book may be used or reproduced in any manner without written permission of the publisher, except for the purpose of reviews.

This book is a work of fiction and as such all characters and situations are fictitious. Any resemblance to actual people, places, or events is coincidental.

To my mom,
who always believed in and supported me. 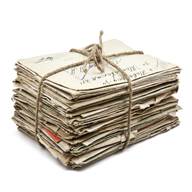 Julianna Delacroix looked at the sledgehammer with trepidation. Intellectually, she knew she'd been planning this DIY renovation for weeks and she was prepared; however, her imagination replayed every disaster that had ever featured her and tools, from the time she'd hammered through the drywall attempting to hang a poster of Gwen Stefani when she was twelve, to the time she'd flooded the bathroom in her apartment six months ago. She took a deep breath and remembered how much research she'd done. She needed more closet space than the antebellum builders or any subsequent renovations had allotted. She loved the house—it was a small double gallery and had been her great auntie's. She'd been lucky her auntie left it to her, as very few single math teachers in New Orleans boasted Garden District homes, but the closets wouldn't do. So she put on her protective eyewear and reviewed her plans a final time. Then, she swung the sledge against the back wall of the closet, wincing as she heard the crunch of metal meeting drywall.

She swung the sledge again and again, hitting the sections she'd marked. She pulled back drywall with a pry bar, and more of the studs in the wall appeared. She grinned at her progress, taking off the work gloves and wiping the plaster dust off her forehead. She rolled her shoulders and dusted the drywall off her ratty "Tulane Crew" shirt, then stretched her back so she stood at her full height of five foot ten.

"Okay, ten more whacks, then I have earned a beer," she said as she put the gloves back on. She picked up the sledge and counted the hits she made. When she got to hit number seven, the hammer hit something with a clang that reverberated up her arms. It took every ounce of control she had to set the sledge down on the drop cloth and not drop it from the pain that shot up her forearm.

"What the hell?" She'd checked the plans exhaustively before she'd begun and no wiring boxes or plumbing were supposed to run through that wall. Hitting metal was not something that had been covered on the YouTube videos she'd watched. She opened and closed the fingers on her right hand trying to stop the pain that lingered. She approached the wall, brushing the drywall dust aside to see what she'd hit. She took off her work gloves and felt the cool steel under her fingers. It was smooth and thick enough to have absolutely no give. She pulled out a crowbar and pulled the drywall away from the steel to see what was there. One strong pull and a rectangular piece of drywall pulled away, only held in place by the wallpaper in the closet.

"A safe," she whispered to herself. "Who puts a safe behind a wall with no way to get at it?"

The safe was army green and a touch too high to be a two-foot square in front of her. She looked at the bottom of the door and read the name of the company.

"Dominion Safe and Vault Company, Limited: Niagara Falls." She brushed the plaster dust off the numbered wheel and was surprised that it could turn at all. "One hundred possible numbers, probably a three digit combination, that's one million possible combinations. Shit, double shit, balls! How do I get in this thing?" She took a deep breath and scratched her head in thought. "Well, it is in Auntie's house." She squinted her bright blue eyes, and tried 6-15-19, Auntie's birthday. When she'd put in the final number she held her breath as she tried to turn the handle.

"Of course it couldn't be that easy," she muttered. She brushed the plaster off her T-shirt and cargo shorts, pulled the bandana off her head, tried to flatten her short brown hair and get her bangs to sweep the way they were supposed to, but only succeeded in making them stand up in odd directions. She headed downstairs to the kitchen, deciding that she might as well think about the problem over a beer. She grabbed a beer from the fridge and a bag of Zapps from the pantry and sat down on her couch to think. She had no idea how to open a safe, and she was certain she wouldn't be very good at it. A locksmith would be the best option, but she didn't want the safe damaged and she was nervous about the idea of someone who made their living opening locks having access to her house. Her eyes widened. She pulled her cell phone from her pocket and scrolled through the numbers until she pulled up Becs' number.

The phone rang enough times that Jules was convinced it would go to voicemail when she heard a rough voice rasping on the other end of the line. "Sullivan."

"Yes, this is Rebecca Sullivan, who the hell is this?"

"Jules? What's up that you couldn't tell me at practice earlier?"

"Well, remember I told you that I was doing some renovations on my new place."

Becs' barking laugh made Juliana move the phone away from her ear. "Yeah. It still cracks me up that you're doing them. You were like the world's most useless butch in college. You don't really do things like that right. I mean, remember when we were repainting the boat house last year? That was just painting."

Jules rolled her eyes at Becs' criticism, remembering the fiasco. "Yeah, yeah, I know I suck. But I actually have a question unrelated to home repair."

"You're a detective with NOPD, right?"

"Oh, shit, what happened? You didn't find a body or anything did you?"

"Ew, no, and thank you for those nightmares. I just found an old safe when I was expanding the closet, and I can't get it open. Do you know somebody who could open it who's not … you know …"

"I'm heading into the station to do some paperwork in a few hours. I can ask the guys in drugs who they use."

"They encounter the most safes in drugs and organized crime. I don't see that many in sex crimes."

"Sure thing, Jules. Look, I've got to get a few things done before I head in, so I'll text you with a number for somebody to work on that safe later."

Jules had cleared out the remaining drywall in the closet and was cleaning up the area when her cell dinged with a text. She glanced down and saw the text from Becs.

She called the number and waited two rings when a nasal woman's voice came on the line. "Big Easy Locks, what can I do for you?"

"Hi, I found a wall safe in the house I'm renovating and I need someone to open it, but I don't want it to be damaged. I was told to ask for Leroy."

"Are you the property owner ma'am?"

"Okay. Leroy is out today."

"That's fine, is he available tomorrow?"

"Yes he can come out tomorrow. Does two thirty work for you?"

"It does." Jules then gave her name, address, and number and hung up. She texted Becs the time and decided to finish painting the dining room, since she couldn't finish her closet project this weekend.

Jules paced as she waited for the locksmith. She heard a knock on the door and her boxer, Samson, barked at the noise. She opened the front door and saw Becs.

"Hey Becs, come on in. He should be here in a few minutes."

"Damn, Jules, this is a great place."

Both women sat on the dark brown, leather couch catching up waiting for the locksmith.

Becs looked around the house as if she'd been sent by the city to do an inspection. "You've already done some work on this place?"

"Some, but it's mostly cosmetic."

Becs was about to talk again when there was another knock at the door. Jules opened the door to a rail thin black man in his sixties wearing a blue jumpsuit. "Are you Leroy?"

"Up in the bedroom closet, I'll show you the way." Jules led the way upstairs. Becs didn't follow but headed into the kitchen instead. Leroy walked into the closet and saw the safe. He gave a low whistle.

"Dominion Safe and Vault floor safe from the twenties. It's in great shape Ms. Delacroix, a collector would be interested."

"There are safe collectors?"

"Oh, yes ma'am. If there is anything old, then some fool will pay too much money for it."

Jules laughed. "So, can you open it?"

Jules sat down on her bed watching Leroy begin to turn the dial, listening with his stethoscope. He started writing on a piece of paper. He kept turning and listening, grinned as he wrote a third number down. He put down his stethoscope and began to try the six possible combinations. On his third try the safe door swung open. "There you are Ms. Delacroix, safe is open." He circled a combination on his sheet and handed it to her. "This will open it again if you lock it."

Jules paid Leroy and saw him out. Becs was making herself at home and drinking one of Jules' beers on her couch, watching TV. "So, what's in the safe? Precious gems? Goonies-style treasure map?"

The two women went back upstairs to the bedroom. Jules took a breath and opened the safe. The first thing she saw was the gun. "Um, Becs?"

"I don't know anything about guns. Could you make sure it's safe?"

"It's a gun not a bomb, Jules," Becs muttered as Jules moved back and let her into the closet.

"Wow," Becs said as she removed the gun from the safe and really looked at it.  "Do you know what this is?"

"You know all that from looking at it?"

"Yes, I do." She removed the two rounds and four casings in the cylinder. "You should really have it restored."

"Yes. Besides, I doubt it would fire. Want me to take it home to my gun safe until you decide what you want to do with it?"

"Um, maybe." Jules went back to the safe and took out a few papers and a book and sat down on the bed with them.

"I have a sketch of a black woman in her early twenties, maybe." Jules held up the sketch, which was quite good. "And some legal papers, a few news clippings, a journal, and what looks like a letter, in French."

Jules rolled her eyes and snorted. "How the hell should I know?"

"I just figured you would."

"Racial profiling, at the hands of NOPD, I'm shocked," Jules retorted in mock horror. "I'll take it to one of the French teachers at the school tomorrow when I head in for work."

Fashion Frenzy by Annie Bryant
Dragons Descended Upon the Wicked by Kenneth Champion
Rain by Melissa Harrison
The Burning Shadow by Michelle Paver
For One Nen by Capri S Bard
The Aeronaut's Windlass by Jim Butcher
Of Dawn and Darkness (The Elder Empire: Sea Book 2) by Will Wight
The Viking Takes a Knight by Sandra Hill
Vicious Magick by Jordan Baugher
Man and Superman and Three Other Plays by George Bernard Shaw
Our partner