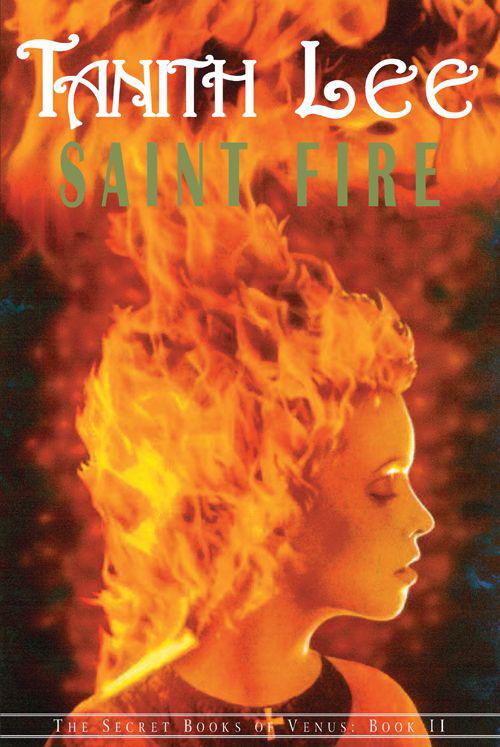 First published in the United States in 1999 by

All Rights Reserved. No part of this publication may be reproduced or transmitted in any form or by any means, electronic or mechanical, including photocopy, recording, or any information storage and retrieval system now known or to be invented without permission in writing from the publisher, except by a reviewer who wishes to quote brief passages in connection with a review written for inclusion in a magazine, newspaper, or broadcast.

The law of the
Dreamtime is yet the law.

FROM THE
K
OORI
(Aboriginal)

In this
parallel
Italy, some names
are spelled phonetically. But an
e
at the end of a name is always sounded, (as
ay
to rhyme with
day
.)

The Latin phrases should be pronounced as Mediaeval Latin generally was-
V
, for example as in
very
, (not as a W),
ch
as
K, ae
to rhyme with
eye
. (It should be noted too, the Latin used in this book is also that of a
parallel
Italy.)

For the revelation of the connections between the
Hymn to Aten
of the Pharaoh Akhenaten, and Psalm 104, the author expresses many thanks to Robert Scott B.Ed.

And priests in black gowns,
were walking their rounds,

And binding with briars, my joys and desires.

A
BELL WAS RINGING
Luna Vigile from the marshes. The inn was not noisy at that moment, they heard it clearly enough. Some crossed themselves. Many grew quiet in a restive respectfulness, until the bell fell silent. Then they picked up their cups, drained them and called for more.

“A last draught to light your path, Ghaio.”

Ghaio Wood-Seller glanced at the merchant Juvanni. Juvanni, who had established a name but not much luck in trade, had just negotiated a hefty loan from the wood-seller, a trader in much lowlier goods. But a city always needed kindling, especially now on the threshold of winter. Ghaio, who dressed scruffily and lived in a slum, was haughty, and said to be rich.

“Yes, yes, my friend,” fawned Juvanni, and snapped his fingers for another pitcher of wine.

When the girl brought it, she leaned low to the table.

She slipped away, to carry on her task of warning valued customers.

Juvanni looked into his brimming cup. Then took their previous, empty pitcher, and thrust it under the table.

“Someone else’s,” he said. “This is our first, eh, Ghaio, and we’re abstemious.”

“Eyes and Ears of God,” said Ghaio. “I have nothing to fear from them.” He smiled long teeth at the merchant.

“So much? I would to God I could still—”

“Yes, yes, Juvanni. Well maybe you should give up your trade in sweetmeats and try something more serviceable. But then, I never had your schooling. I can’t read much, and I add up on my fingers. I expect that would make the difference.”

The door opened. Into the ruddy warmth of the inn came a breath of cold night. The torches faltered on the walls. A new silence began.

Really they had not required the girl’s warning.

The fragrance of incense that came from the two black-robed creatures in the doorway was potent. Sometimes, it was true, such men moved through the City in disguise, and without even the whiff of sanctity to betray them. But this was blatant.

Their faces were bare, the candle-wax
masks of priests. One raised his hand over the rigid figures of the inn, blessing them.

The innkeeper had come running. He bowed low.

“May I assist you, holy brothers?”

“There is nothing your house contains of attraction to us,” said one of the priests.

The other said, “Except for the souls of men.”

With the cold air of the Silvian Marshes, the words of the priest ran like a shudder from wall to wall.

Although not far from the marsh church of Santa Lallo Lacrima, the inn had been seldom visited. But the Council of the Lamb stayed always vigilant. Recently the Eyes and Ears of the Council were seen more frequently in most spots. There was talk of war. At such times, the Church grew particularly sensitive to the sins of Ve Nera, City of Venus.

A third figure had appeared behind the priests.

Against the vagueness of the outer dark, it was only tall and lean, wrapped in black. As it stepped forward, there came three gleams of pallor, from white-blond hair, from a pair of brilliant gray eyes, from a sword swinging in a sheathe of steel and ivory.

The priests turned, and shifted aside.

The inn-keeper straightened, seeming relieved and alarmed together. “Good evening, Soldier of God.”

The Soldier of God nodded.

One of the priests said to him, “You are familiar with this sty, brother?”

Ghaio Wood-Seller noted the blond man’s long mouth twitch with what might have been distaste.

Certainly not fear. “Yes, brother. The inn well has the
purest water in the marshes.”

The priests had settled all their attention on this man. He was, in station, their equal, yet subtly above them, a priest-warrior of Christ, one of the elite who prayed but also fought for the honor of the Church. On his shoulder shone, white and gold, the badge of the Lion, the Holy Child astride it. He was young, not more than twenty-five or six. Strong, and sheerly masculine as no swordless priest could be. All this Ghaio assimilated, for he liked sometimes to study men, if only to bring them down.

And this one was regal, was he not, due for a fall.

But the priests drew away, and one softly said, “Does your Magister know that you’re here?”

And the Soldier of God turned to the priest a face of stone.

“You may ask him, brother. It is Fra Danielus.”

If it had been a play in the street, the inn would have laughed. But even street plays never mocked the priesthood now.

They were retreating though, these two, going out.

Fra Danielus was one of the three Magisters Major, who lived high in the Golden Rooms of the Primo. This soldier of God came from the Upper Echelon.

Now he walked through the inn, straight through, the innkeeper hurrying beside him. As a leather curtain closed them away, the inn perked up.

“He has his own business here, then,” said Ghaio, curious.

“I have been told—” Juvanni hesitated, “he visits a woman here.”

“And they vaunt their celibacy.
Well, it comes as no surprise.” He downed his cupful of wine. “And now I’m off.”

“Your duccas? No. Send your servant tomorrow.

They’ll be ready. I’ll trust you’ll be diligent with my interest.”

Outside, Ghaio’s torch-boy, hired for the trip, emerged from a doorway, shivering.

They went up the alley, the torch lighting them luridly and fitfully.

The Silvian Quarter was bleak at this hour and this time of year. The slop of water in the canals had the turgid sound that promised ice in winter, as in the summer it promised stink. In a gap among the house sides, Ghaio saw, black and thin on water, a Styx Boat, and the two Eyes and Ears of God seated in it, being poled away.

From the marsh blew the smell of a frigid salt sea.

Last winter, and every winter before that for five years, the ocean had partly flooded the marshes here. An old Roman temple on a hillock had provided a fine crab pool, for those with the mind to row out to it.

“Cristiano,” said the woman. She rose and went to him at once, the Soldier of God, and put her arms about his neck, in a cloud of hair not quite blonder than his own.

“Yes, Luchita. What is it this time?”

“So cold. Winter-cold. Do they freeze your hearts in the Basilica?” He waited for the familiar tirade to pass.

Tired of it herself, the woman let it go. She only said, “You’re my
brother. Who else should I turn to?”

“That sotten pig. He drinks more than he sells here.”

Cristiano waited again. Luchita remembered how he had always waited like this, even when a little boy only two years her senior. Infuriating, his cool, calm uninterest, the sense of his impatience always held in check because it was—like everything, or so it seemed to her—a sin.

She said, sullenly, “This new tax, Cristiano, on food, on drinking—the Tax of Pleasures—”

“The Council sets it.”

“You serve the Council.”

“God—do you think God wants us to live in misery all our days—Christ knows, they’ll tax screwing next.”

He shrugged. Although she knew, with his high-flown and impossible ideals, she had probably offended him.

Outside, a song was starting up, the one that was popular this month, about the pagan goddess Venus, and the god of war, Mars.

Every year, new taxes—on drinking, and fine food, on property and on luxurious garments—no trouble to Luchita there, God knew. Soon a tax on songs? Well, it would not amaze her.

“I’m sorry, Luchita. I can’t help you. Every inn will have to pay it, and pass the cost on to the patrons in the price of beer and wine.”

“And then the patrons will go elsewhere, where they can find inns that cheat.”

“I have no say in the Council. My work is other.”

“From drunkenness, according to
your own words.”

Startling her, he looked sudden and hard into her face with his sword-pale eyes. “His? Or another’s?” Luchita glanced aside. “God excuse me, I don’t know.”

Cristiano stared at some invisible distance.

Outside the words rang clear.

When your heart is mine,

You may do as you will to.

When my heart is yours,

Then wish the world good-bye.

It was a corruption, he thought, of all things, of a holy plaint to God and the Virgin. The giving of a whole heart set against the turning of the full eye of Heaven upon inadequate man, among whom even a saint was unworthy.

The next verse, from its sounds, owed
nothing
to a priestly plaint—

“I never can, Luchita.” He came back, and pushed aside his cloak. As always, as all his order were, he was garbed in a soldier’s maculum of close-fitted mail. He set a bag which clinked on the table. “Take this.”

“No, God wants only suffering from us. So you priests tell us. And guilt and shame for any joy we snatch. Isn’t that so?”

A Werewolf in Manhattan by Thompson, Vicki Lewis
Beaming Sonny Home by Cathie Pelletier
Do I Dare Disturb the Universe? by Madeleine L'engle
Burning Lamp by Amanda Quick
The Melancholy of Haruhi Suzumiya by Nagaru Tanigawa
Muerto Para El Mundo by Charlaine Harris
The Silkie's Woman by Claire Cameron
Dream Chaser by Angie Stanton
Among Friends by Caroline B. Cooney
A Strange Disappearance by Anna Katharine Green
Our partner