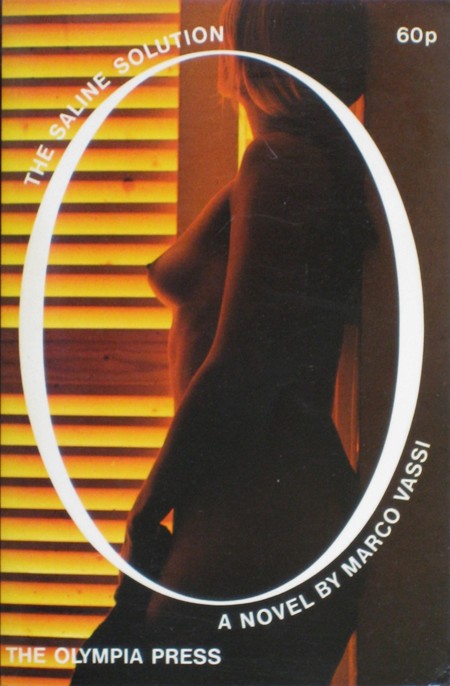 I lay on the red shag rug, lit a stick of incense, and filled a pipe with hashish. Within a few minutes Donna came in and stood over me. She arched her back, forcing her great breasts out. Then she lay down next to me.

'I can't make love to you/ she said. '1 just thought it would be nice, you know, friendly, if you saw me without clothes once before the end of the summer.'

She stood up and slowly peeled off her pants and blouse and brassiere and panties. She had an excellent body. If she could let go, she would be one of the most sensuous women in the world.

The next sensation was that of her hand in a mink glove, rubbing my genitals . . .

This book is sold subject to the condition that it shall not, by way of trade or otherwise, be lent, re-sold, hired out or otherwise circulated without the publisher's prior written consent in any form of binding or cover other than that in

which it is published and without a similar condition including this condition being imposed on the subsequent purchaser.

This book is dedicated to the Sun

This book is a work of fiction. In real life, make sure you practise safe

You should know that I destroy nothing:

I record, I record the
imminent,

the thirst of a world which is

canceling itself out and which,

upon the wreck of its appearances,

races toward the unknown and the immeasurable,

toward a spasmodic style.

It is that which you see before you -

begin to reason about it

and you at once fall into error.

We didn't know whether we wanted the baby, so we drifted in indecision until Lucinda passed the third month of pregnancy. And then it became a question of murder.

It was to have been a casual affair of impersonal intensity. We played at all the slick chic city games that New York tosses to its corroded citizens as it attempts to raise the final pockmarked erection on the deathbed of western civilisation. We began with boredom and openly oblique glances at one another's bodies, estimating the size of the cock and the texture of the breasts as we brought the tips of our tongues to our teeth and hummed reflectively. We both had an unencumbered summer before us, and were thinking what a pleasure it would be to have a bedmate for the season, someone sophisticated, someone who would curl up and fall away easily when the leaves began to turn in the autumn. With decadent delicacy we mounted a scene which we could play like real life on an actual planet in the universe and that had the brass balls to exist and manifest itself in utterly arbitrary format. We decided to spend the summer on Fire Island.

But she was empty, and still sought to be fulfilled. And

I overflowed with conflict, and had fantasies of peace. Thus the second time we fucked I entered her from behind and drove so compactly into her need that I dislodged the diaphragm and sent my sperm scurrying into her womb. Our bodies froze, her arse raised and tilted, her cunt glued to my cock, and there was not a tremor anywhere inside us, only the consciousness of that single messenger braving its way through fallopian mazes and immeasurable canyons to liberate the living awareness of another human entity from its protein meditation. The child was conceived.

And then the hatred began, for Lucinda and I had become implicated in birth, and were half in love with death, because we could both hear the siren song to the species. Suicide had become our collective destiny, and those who honoured life would be left like erratic lunatics to wonder at their choice while the rest of manwomankind marched its mindless progress towards destruction. As the autumn approached, our decision became clearer. Abortion had just become legal, and we wondered whether it had also become admirable.

Lucinda opened the door of the apartment. We were spending a weekend in the city, away from the heavy presence of the ocean with its constant vast indifference to the arrogant creature which had begun in the scummy film on its surface and now littered its shores with all forms of waste. I lay back on the bed, the taste of sperm still stinging my tongue. In the thrilling semi-concealment of a clump of bushes in Central Park, I had knelt with the rough corduroy against my cheeks, the cold white zipper catching at my lips, and the hard intimate cock romping in my mouth like a porpoise at play. The man who had stood over me was a stranger, someone whose eyes had met mine in that unmistakable glance which passes between men who desire one another's bodies. There was no passion or personality in my behaviour, merely a muted impulse which I had long ago ceased to question and which led me again and again into this classic pose of cocksucker. His legs trembled as he began to come, and I held his arse in my hands, drawing him more deeply into my mouth. He sucked the breath through his teeth, grabbed my shoulders, and came without any stinginess or reserve, his ejaculation squirting into my throat.

She threw off her cape and dropped her handbag on t^e floor. It was a yellow leather pouch, richly embroidered with violet wool and bits of glass, made in Portugal. It was expensive enough to transform its gaudiness into good taste. She looked at me from across the room, and without a word we exchanged descriptions of our moods. We both wanted to fuck; we both wanted privacy. She went into the bathroom to undress, leaving the door half open. As she removed her bra, her dark breasts sagged with a pendulous grace that never ceased to be seductive. I was no longer excited just seeing her body, as I am the first few times with a woman. Gross visual curiosity is very quickly satisfied. Now I had to couple what I saw with an eagerness to touch in order to be aroused.

4
1 ran into Albert today,' she said, her back to me. 'He's let his hair grow and is wearing clear polish on his nails. I think he's finally admitting to people that he's gay.'

'He said that Tiny Tim is really William F. Buckley in drag.'

I laughed, but I could feel the energy flowing out of me and into that silent pit of depression which formed the core of her being. I felt my cock stir. The quality of eternal suffering, of bottomless helplessness, was the essential aspect of her erotic appeal. To fuck her was to take a final revenge for the evil which existed in the world. I bridled at my desire. Part of me wanted to yield, to drown in the black numbness of her centre. And some of me fought desperately against the pull, attempting to retain what thin thread of moral sensibility still ran through my calculations.

'This is playing games with personality constructs/ I thought. 'Just fuck her, use her as she needs to be used. There is no abstract decency, there is only the pulse of survival, and it knows no other dictate than cruelty. There is only what we are, not what we think we should be.'

I split internally into warring ideological camps, the many identities battling for supremacy. All the conflicting conditionings of my entire life clamoured in contradiction. 'What does it mean any more, to be human?' I wondered.

Two nights earlier I had lain next to her, my hand on her belly, feeling the life force swell and diminish with each breath. 'We are all transformers,' I thought, 'Just oxygen pumps, one rusted link in the chain of sentient beings. All of our ideas and visions and speculations on the matter are only illusion.'

I had felt totally alone, caught in the ineluctability of my own death. 'It won't be any big deal,' I thought. 'No extra added significance. My heart will stop. And I won't be.'

On the level of ego, the realisation had horrified me. But as I found myself rising to terms with the fact of nonexistence as an objective reality which constantly mocks all that is, I retreated into a state of warm irony.

Lucinda came out of the bathroom. She was naked. For an instant her body seemed to glow and surge forward, her nipples radiating and cunt gaping like the mouth of a landed fish. The conflict between the simple animal urge to plunge my cock into her cunt, and the storm of thought thundering in my head, paralysed me, and I made no sign

for her to join me on the bed.

'Are you hungry?' she said. I nodded.

She made one of those deceptively simple meals that belie the years of experience in cooking that most women accumulate from childhood. It had rice and vegetables and came with pieces of home-baked bread and tea. It was coherent, and made a single impression as a dish, an effect I could never achieve when I cooked. We gossiped as we ate, finding in that particular form of tender maliciousness the proper quality of energy to aid in digestion of food. Lucinda was thirty-five. I was two years younger.

We had good fucking, good food, and a non-intrusive intellectual rapport. But our emotions died from lack of air. The very bonds which form the ground in which the relationship grows can petrify and strangle all future development. And then the couple disbands or continues in some empty reflexive dance with all the essential questions entombed forever. I had seen it so many times, the smug couples who have made all their secret agreements and then use their compromise as a shield. They achieve a deft pseudo-solution to their problems by building and maintaining their life rafts, totally ignoring the holocaust they paddle in.

We fell into silence over tea; we lit cigarettes. I knew that she was locked inside her thoughts, as I was in mine. I thought of the Zen precept, that the only transmission of Mind can be from mind to mind. In the secret movie theatre of my thoughts, the Self appeared, dressed as the last gunfighter in town, looking for a duel to reassure himself of his existence. 'Is anybody else here?' he shouted. Only the ghosts showed their faces from behind the cracked windows which lined the deserted street of the old town. I was nothing but a cacophony of memories, and the thought of real human relationship seemed to have only the dimensions of a daydream.

She took the dishes into the kitchen, and I lay back down on the bed. She came into the bedroom and lay down next to me, stretching full out on her stomach. Her hair covered her face, and only the nude impersonal expanse of flesh that now was her body spoke to me. I ran my hand from her shoulders to her arse, stroking lightly, feeling the fine prickle of electricity as skin excited skin. She opened her legs a bare inch, just enough to indicate her invitation. There was no pretence of affection.