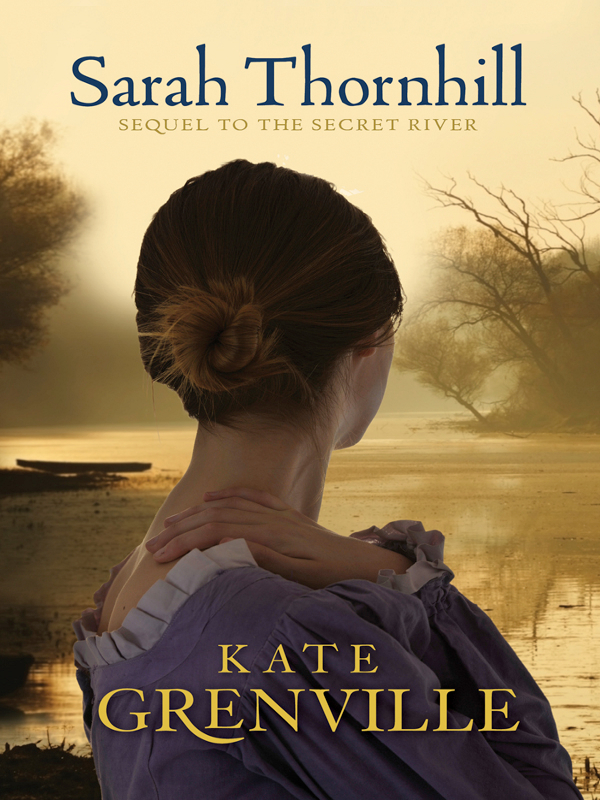 PRAISE FOR
KATE GRENVILLE
AND
THE SECRET RIVER

âBeautifully written and compelling from start to
finish, this is a marvellous novel.'
The Times

âKate Grenville's
The Secret River
stands out as a work of
sustained power and imagination, of poetry and insight.
No truer piece of fiction has been written about the
Australian past.' PETER TEMPLE,
Weekend Australian

âSuch is the power of Grenville's imagination that
everything seems newly minted.'
Bulletin

âA masterwork, a book that transcends historical fiction
and becomes something deeply contemporary and
pressingâ¦But nothing save for pure genius can explain
the quality of this book, the extraordinaryâone might
even say alchemicalâtransformation of historical details
into story, language into poetry.'
Chicago Tribune

âGrenville is one of the very bestâ¦a writer
with a rich palette and with a natural affinity
for the sensuous and the sensual.'
Age

âA powerful illumination of the history that has
shaped usâ¦elegant prose that cuts to the very heart of her
subjectÂ matter with breathtaking precision.'
Vogue Australia

âThere is no doubt Grenville is one of our greatest
writersâ¦A book everyone should read. It is evocative,
gracefully written, terrible and confronting. And it
has resonance for every Australian.'
Sunday Mail

âTakes us into our landscape, and into our history,
with such consummate skill that every page turns
almost too quicklyâ¦a classic.'
Courier-Mail

âThis wonderful story about ownership and
identity is filled with imagery that transports
you immediately to its heart.'
Marie Claire

âHarrowing and tremendously entertainingâ¦so moving,
so exciting, that you're barely aware of how heavy
and profound its meaning is until you reach the end
in a moment of stunned sadness.'
Washington Post

âThe wonderful Kate Grenville has excelled herself
in this piece.
The Secret River
is a tour de force.'
Ballarat Courier

PRAISE FOR
KATE GRENVILLE
AND
THE LIEUTENANT

âIt glows with life: imaginative in its recreations,
respectful of what cannot be imagined, and
thoughtful in its interrogation of the past.'
Age

âDry, exact and lush all at once, this book is
Grenville at her best.'
West Australian

âGrenville writes with a poet's sense of
rhythm and imagery.'
Guardian

âThis novel is a triumph. Read it at once.'
The Times 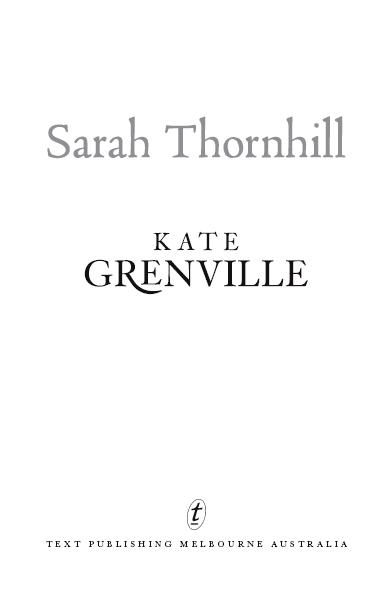 This novel is dedicated to the memory of Sophia Wiseman and
Maryanne Wiseman, and their mother, âRugig'.

It does not follow that because a mountain appears to take on
different shapes from different angles of vision, it has objectively
no shape at all or an infinity of shapes.

T
HE HAWKESBURY
was a lovely river, wide and calm, the water dimply green, the cliffs golden in the sun, and white birds roosting in the trees like so much washing. It was a sweet thing of a still morning, the river-oaks whispering and the land standing upside down in the water.

They called us the Colony of New South Wales. I never liked that. We wasn't new anything. We was ourselves.

The Hawkesbury was where the ones come that was sent out. Soon's they got their freedom, this was where they headed. Fifty miles out of Sydney and not a magistrate or a police to be seen. A man could pick out a bit of ground, get a hut up, never look back.

You heard that a lot.
Never looked back.

That made it a place with no grannies and no grandpas. No aunties, no uncles. No past.

Pa started a boatman on the Thames. Then he was sent out, what for I never knew.
Eighteen-oh-six, Alexander transport.
I was a pestering sort of child but that was all he'd ever say, sitting in the armchair smiling away at nothing and smoothing the nap of the velvet.

Thornhills was in a big way. Three hundred acres of good riverfront land and you had to go all the way up the river to Windsor before you saw a house grand as ours. Pa had got his start in the old
Hope
, carrying other men's grain and meat down the river to Sydney. Given that away, now he had his own corn and wheat, beef and hogs, and let other men do the carting of them.

But still a boatman at heart. Always a couple of skiffs down at the jetty, and when they put in the new road to the north he saw an opening, got a punt going. A shilling for a man, half a crown for a man on a horse, sixpence a head for cattle. Where you had people you needed an inn, so he built the Ferryman's Arms, had George Wheeler run it for him.

I never saw Pa lift an axe or carry a stick of firewood and he had other men now to do the rowing for him. Done enough work for any man's lifetime, he'd say. Of a morning he'd eat his breakfast, light his pipe, go out to where the men were standing with their hoes and spades. Jemmy Katter, Bob Dodd, Dickie Parson, three or four others. Assigned from Government, serving their time like he'd done. Sent out from London the most of them, never seen a spade in their lives before.

He'd set them to chipping between the corn rows, mucking out the hog-pens. Fill his pipe and stand watching them work. Point and call out if he thought they wasn't doing it right. He made them call him
sir
. A flogging if they forgot.

When you done as well as Pa had, no one said
sent out
or
worn
the broad arrow
. Now he was what they called an
old colonist
. Still plenty of folk who wouldn't put their feet under the same table as an emancipist or invite him into their house. As far as some people went,
sent out
meant tainted for all time. You and your children and your children's children. But for other folk, money had a way of blunting the hard shapes of the past. Dressing it up in different words.

Pa was Mr Thornhill of Thornhill's Point now, but he had some habits that were from before. Of an afternoon he'd get a bit of bread and go out on the verandah. Sit on a hard bench beside the windowâdidn't want a cushionâwith the bread and a glass of rum-and-water beside him on the sill. He'd put his telescope up to his eye and look down the river where you'd see the boats from Sydney come round the last spur into Thornhill's Reach. Sliding up fast if the tide was with them, or having to get out the oars if it was sucking back out to sea. Other times he'd swing it round the other way, to the reedy place where the First Branch wound down from among the hills. But mostly he'd look straight across the river up at the line of bush along the top of the cliffs. Nothing up there, only rocks and trees and sky, but he'd sit by the hour watching, the leather worn through to the brass where his hand clamped round it.

I was born in the year eighteen-sixteen, Sarah Thornhill, named after my mother. She was Sarah but always called Sal. I was the baby of the family, why I was called Dolly.

Never liked
Dolly
. Never wanted to be a doll.

Next above me was Mary, nearly three years older and never let me forget it. Got the side of the bed near the fire. Pushed ahead when we went up the stairs. You know, silly things, but they matter when you're little.

I had three brothers too, all of them older.

Johnny was two years above Mary. Always with a scheme in his head. Got a lot of lemons once and rigged up a thing to get the juice. Begged some sugar from Ma, set up a stall down at the punt, made a shilling or two.

Bub was two years again above him. Even as a boy Bub was like an old man, sober and slow. Never went anywhere without a hoe and if he saw a thistle he'd stop and grub it out. It was him got the lemons for Johnny. Him got the hiding for it, too.