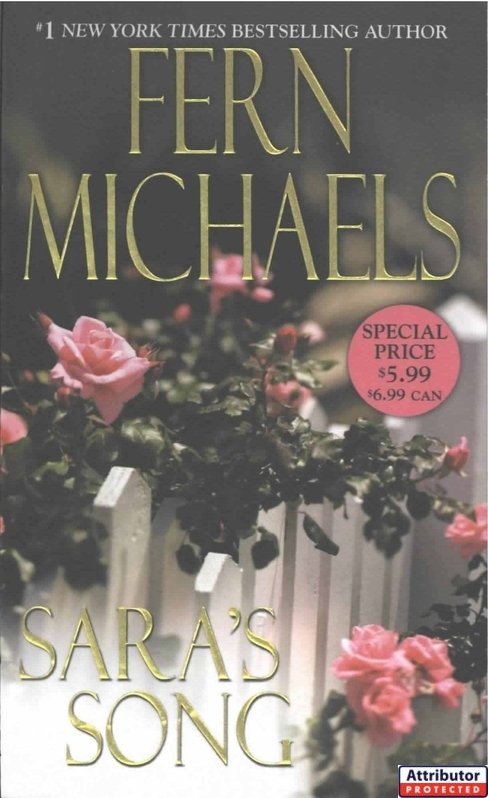 A WEDDING PRESENT
“Sit right here, Sara,” Dallas said. “I'm going to sing you a song.”
Sara sat cross-legged on a pile of thick cushions, her attention rapt as Dallas positioned his guitar. He closed his eyes, and she knew he was in another world, a world of his own making. Tears blurred her vision as she listened to the words and the music Dallas had created just for her.
“Did you like it?” he asked.
“Like it? I loved it. It's beautiful. Does it have a name?”
“Of course. âSara's Song.' It's going to be my wedding present to you. No one is ever going to hear it but the two of us. I'll make two copies for you, the master and an extra.”
“I'll keep it forever, Dallas.”
He laughed. “Forever is a very long time, Sara. Remember to keep it safe. There are people out there who pirate our songs. Will you promise me that you won't play it for anyone? I want it to be ours.”
“What if someone steals it? I've been known to lose things . . .”
“Once I give it to you,” he said solemnly, “you are responsible for it. That's why it's called a gift.”
Sara's heart felt as if it were swelling inside her chest. As she closed her eyes to ward off the lightheadedness, she heard Dallas put down his guitar. Then he reached over and took her in his arms . . .
Books by Fern Michaels
Return to Sender
Mr. and Miss Anonymous
Up Close and Personal
Fool Me Once
Picture Perfect
About Face
The Future Scrolls
Kentucky Sunrise
Kentucky Heat
Kentucky Rich
Plain Jane
Charming Lily
What You Wish For
The Guest List
Listen to Your Heart
Celebration
Yesterday
Finders Keepers
Annie's Rainbow
Sara's Song
Vegas Sunrise
Vegas Heat
Vegas Rich
Whitefire
Wish List
Dear Emily
Â
The Godmothers Series:
Â
The Scoop
Â
The Sisterhood Novels:
Â
Deadly Deals
Vanishing Act
Razor Sharp
Under the Radar
Final Justice
Collateral Damage
Fast Track
Hokus Pokus
Hide and Seek
Free Fall
Sweet Revenge
Lethal Justice
The Jury
Vendetta
Payback
Weekend Warriors
Â
Anthologies:
Â
Snow Angels
Silver Bells
Comfort and Joy
Sugar and Spice
Let It Snow
A Gift of Joy
Five Golden Rings
Deck the Halls
Jingle All the Way
Â
Â
Published by Kensington Publishing Corporation
SARA'S SONG
Â
Â
FERN MICHAELS
Â
Â
Â

tantaliz by Isaac Asimov ed.
Out of The Blue by Charlotte Mills
After The One (The One Series Duet) by Danielle Allen
Speak of the Devil by Richard Hawke
Flying the Coop by Ilsa Evans
Getting Away With Murder by Howard Engel
Dark Horse by Michelle Diener
Those Wild Wyndhams by Claudia Renton
This Forsaken Earth by Paul Kearney
Treacherous Toys by Joyce and Jim Lavene
Our partner