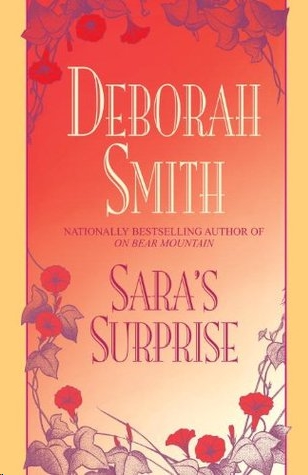 "Why can't I charm you out of your fortress, Sara?" Kyle asked.

"You did. I'm here. You've got fifteen minutes," she said firmly.

"Speaking of timing, tell me when you last went out on a date."

She frowned at him, deep wariness glimmering in her eyes. "I'm not lonely, Kyle." She began trying to tug her hand away from his.

"I'm not asking for personal reasons," he said quickly. "I just want you to be happy."

"So when was your last date, Mr. Surprise? Maybe we're both hermits, only in different ways," Sara suggested, a victorious gleam in her eyes.

"I haven't walled myself away"

"But I'm right, aren't I? You're baiting me, patronizing me. Are you so afraid you have nothing to offer a woman that you have to prove you do, even if it's only by playing therapist?"

Months of frustration and self-doubt boiled over. Kyle grabbed her by the shoulders and cursed softly. "See for yourself what I can still offer."

She murmured an anguished litany as he lowered his mouth to hers. "Don't. Can't. Shouldn't." But then he was kissing her, moving his lips over hers in seductive challenge, putting every skill he possessed into the kiss as he tried to strip away time and bad memories and scars, both his and hers

For Jack and Ann,

who don't mind having a flaky sister,

and for our mother,

who just traded a lifetime of station wagons for a cherry-red sports car.

The mere mention of it made the storekeeper fumble with his unlit pipe. His wife nearly dropped a roll of nickels. From their positions behind an old cash register festooned with snapshots of prize trout and trophy deer they gaped at Kyle. They'd been staring for other reasonsthe usual onesever since he had parked his rental car and ambled into their cozy little backwoods grocery and hunting supplies shop. Now their eyes grew even wider.

"Nobody ever asks us how to find that place," the storekeeper explained. "The owner don't allow any visitors."

Kyle pulled the brim of his golf hat lower over his eyes, pushed his sunglasses higher, and smiled as though castles in the mountains of Kentucky were an ordinary topic. "The road to Moonspell Keep," he repeated. "Can you tell me where it is?"

"I'm a friend of the owner's. Dr. Scarborough."

"Anna's dead. Died of a heart attack about six months ago."

"I know. I'm a friend of her daughter. Sara Scarborough." Again a good-natured smile lifted his mouth. "The other eccentric Dr. Scarborough."

"Oh. Didn't know she had any friends."

"She's gone funny in her mind," the storekeeper's wife warned. "She's a hermit. Put barbed wire on the walls around her place. Keeps mean geese, trained to attack. Won't talk to hardly anyone. Almost never comes out."

Attack geese? Kyle's amusement held a deep current of sorrow. Except for the creative use of geese, it sounded as though she fit the post-hostage profile perfectly. Barricades and seclusion had become the norm for her.

"I knew her mother," Kyle told the two people who continued to watch him closely. "Funny minds run in the Scarborough family."

They nodded in solemn agreement. "Her mother was a genius too," the storekeeper said, as if that explained everything.

"Go down the road three miles," his wife instructed. "Turn at the entrance to the national forest. She lives inside the government property, you know. Sara's grand-daddy built that weird place before the government came along. Forestry service land is all around it."

"Yep. Take the fourth road on the left and follow it for fifteen, twenty minutes. You'll see an odd gate on your right. Big stone pillars with stone dragons on top of 'em."

"Thanks." Relieved to have the directions, Kyle glanced around the jam-packed little store. "Have you got any Coco-Moos?" The chocolate sodas were one of his weaknesses. In his younger years he'd pictured himself as a sort of southern James Bond, suavely making his request under the most glamorous and dangerous of circumstances. Coco-Moo, if you please. Shaken, not stirred . These days he'd take his Coco-Moo any way he could get it.

"In the back cooler," the storekeeper said, curious eyes fixed on Kyle's forearms beneath the sleeves of the Hawaiian shirt while his teeth bit into his lip as if to prevent him from asking morbid questions.

"I used to wrestle alligators," Kyle lied cheerfully. Then he went to the cooler, his mouth a grim line. He ought to be accustomed to the stares, he thought, but he wasn't. He opened the glass door and peered inside. The Coco-Moos, like a fine wine that was being kept for only the most appreciative customers, were hard to locate. He knelt down, drew his sunglasses off, and began to look.

A family came in, and he knew from their conversation and their accents that they weren't mountain locals. They'd come to camp out at the national park and enjoy the fall scenery. Kyle kept one ear tuned to everything they did, even as he searched for his drink. Years of risky work had taught him to stay alert in even the safest situations; a year-and-a-half of retirement hadn't changed his instincts.

"Eureka," he said softly, then angled one long, muscular arm into the cooler and struggled to grasp his treasurea six-pack of small bottles full of frothy chocolate drink. The roar of the cooling unit distracted him, and he jumped when he felt a tiny hand patting his leg. Kyle fumbled hurriedly to put his sunglasses on but dropped them. They clattered to the floor by his knees.

Kyle withdrew his head from the cooler and looked down at a toddler in a blue corduroy jump suit. The child squatted beside him, head down, hands and attention focused on the shiny aviator glasses. A silent litany of curses ran through Kyle's mind as he thought with certainty of what was going to happen when the little boy looked up.

"Hello," Kyle said gently, but knew that his attempt at friendship wouldn't matter.

The toddler raised his head, grinning. "Toy!" The grin faded when he saw Kyle's face. He dropped the sunglasses, his expression crumpled, and he let out a wail of sheer terror. Then he ran for his mother as fast as his short legs could move.

Kyle stood quickly, pretended to be at ease, and smiled his apology at the child's startled parents. As he paid for his drinks he put on a great show of ignoring their awkward attempts to calm their screaming son.

Moonspell Keep
. It sounded like a good place to hide from reality. Maybe Sara had the right idea after all.

List. List. Where was it? Without it she was hopeless, Sara thought drolly. Well, being absentminded fit well with the image of a scientist. She had better double-check her chores for the afternoon before she got busy again. She left the microscope and crossed the lab to her desk, where she shuffled through stacks of notes and computer discs until she found a sheet of pink paper with white unicorns galloping across the top.

"Test, plot, read, wash," she said aloud. "Got it." A sleepy cooing sound came over the lab intercom. Sara listened, smiling, then went back to work at the micro-

scope. A second later the intercom switched to a different channel and began a low-pitched beeping. Sara sighed with annoyance. It was too early for the mail, the wrong day for Tom and Lucy to deliver groceries, and Santa Claus didn't visit in September. Obviously, another curious tourist had just driven through the main gate.

She left the lab and hurried down a magnificent stone hallway with walls adorned in medieval tapestries. Entering the keep's security room, Sara punched buttons on a console. On a wall covered with small television screens, one flashed to life. Sara put her hands in the back pockets of her jeans and gazed at it, seeing only an empty cobblestone driveway by the second gate, the real gate, a barricade made of a thick sheet of steel set in the ten-foot stone wall that surrounded the main grounds of the estate.

"Hurry up, tourists," she said impatiently. They must be driving slowly, gawking at the changing leaves of the forest. She pushed a button that turned on the gate intercom and listened for the sound of a car. Finally she heard it. She cleared her throat, preparing her usual polite this-is-private-property speech.

A shiny dark sports car screeched to a stop by the camera and intercom. The car's tinted window whirred down. Sara gasped softly and sank into a chair.

Kyle Surprise curled one brawny forearm out of the car and pressed a button mounted on a short stone post. A bell chimed in the security room, and Sara jumped. A dozen emotions tore at her, sorrow and affection warring with fear.

He propped his elbow on the car window with jaunty aplomb and seemed to gaze directly into the camera, though his eyes were hidden behind silver sunglasses. He wore a light golf cap pulled so low that only a few wisps of his hair showed.

filled with bittersweet heartache. The longer scars extended from under the glasses down the angular planes of his cheeks; shorter ones bisected them, zigzagging horizontally toward his jaws. Below the sleeve of a floral print shirt that looked gaudy even on a black-and-white video screen, a half-dozen jagged ridges made paths through the hair on his forearm.

The last time she'd seen Kyle those scars had been much harsher, much fresher. That had been nineteen months before at a special government hospital in Virginia. He had never been long from her thoughts in all the time since.