Read Save Me Online 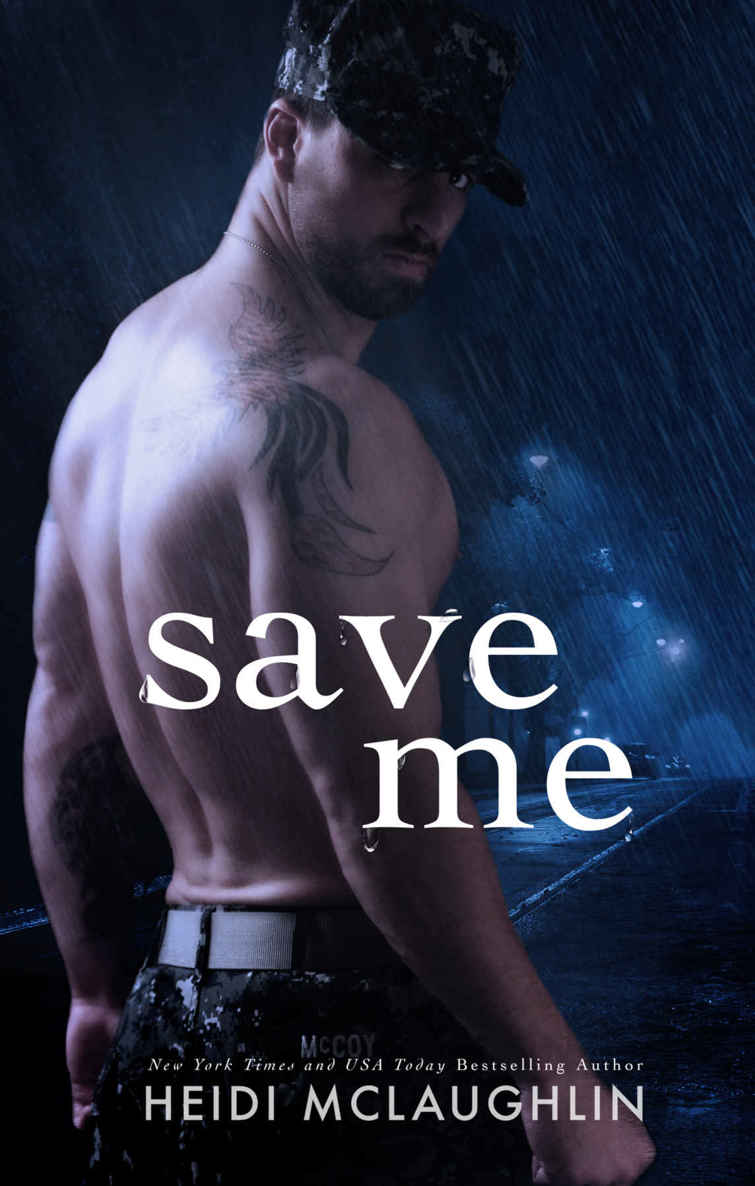 The Reeducation of Savannah McGuire

My Everything
– Beaumont Series #1.5

My Kind of Forever
– Beaumont Series #5

Lost in You Serie
s

Tucker McCoy thought the hardest mission of his life was over. After being deployed for six years, all he wanted to do was return home to his wife and daughter. But when he arrives home with roses in his hand, the last thing he expects is to be welcomed by a stranger. Being presumed dead for six years doesn’t help his cause as no one is giving him the answers he needs.

Now his mission is to find out where his family is and he’s willing to do whatever it takes to bring them home, even if that means bringing down the people involved.

Penelope McCoy has a secret and one she’s willing to keep until she can find someone to trust. In order to do that, she and her daughter must hide, change their identities and forget about their previous life.

For six years she’s been running and she soon realizes that time is catching up with her. Now she has to decide whether to run again or face the ghosts of her past head on
.

Thank you for everything!

SIX YEARS AGO SOME of America’s finest and most elite warriors were called into action. Four decorated Navy SEALs left their families behind to rescue a young girl who had been sent to Cuba in a sex trafficking ring being run by Tacito Rento and funded by US Senator, Ted Lawson.

The girl in question is Abigail Chesley, the granddaughter of Brigadier General, Harold Chesley, who called in a favor to Admiral Jonah Ingram. Unbeknownst to Chesley, Ingram is the father of Ted Lawson, the man responsible for kidnapping his granddaughter.

Captain Gerald O’Keefe sent his highly skilled SEALs into Cuba with what he promised to be a snatch and grab mission, only the rules changed once the SEALs touched ground.

The mission was a success, until the SEALs’ orders changed. Someone at the top didn’t want the warriors to come home and went as far as to declare them dead, except Captain O’Keefe finally had had enough.

The biggest question arose—who had been sending the care packages while they were deployed? And why these four SEALs?

But the damage had been done.

Evan Archer expected to come home to his fiancée waiting for him with their son; instead, he came home to her being engaged to his twin brother, Nate.

Team leader, Raymond “River” Riveria thought his homecoming was perfect, until he found out his wife, Frannie, was the one sending his team care packages.

Justin “Rask” Raskin lost his mother and father who are unwilling to accept that their son hadn’t died and was alive. Despite his attempts, they ignore him.

Tucker McCoy went home, expecting to hug his wife and daughter, only he found a stranger living in his house with the whereabouts of his family unknown.

Unwilling to accept what has happened, Evan Archer sought the help of his fiancées mother, Commander Carole Clarke, JAG lawyer, along with the help of his brother and Nate’s former girlfriend, FBI Agent Cara Hughes, to find out what happened and why they, the four SEALs were targeted. Questions were asked, and the truth was slowly uncovered as the lies began unraveling.

What started off as a mission to rescue a scared little girl, quickly turned into a nightmare of epic proportions, one that still continues.

This is Tucker’s story.

EVERY ONCE IN A while something will come on the television or radio that gives one pause. It’ll make one stop and think. Sometimes that
something
is life altering. For someone like Amy, that
something
is the last thing she needs, even if she wants it.

Amy’s husband Ray is grading his eighth grade history mid-terms with the television on in the background. He stops in time to watch a brief news clip on CNN about four Navy SEALs who had been reported dead, but have returned home alive in an apparent cover up. Yet, no one is commenting on the how’s or why’s.

Both reporters for CNN scoff at such a thing and the segment quickly ends. Ray Barnes returns to grading his papers with the thought that
this
would be a good history lesson.