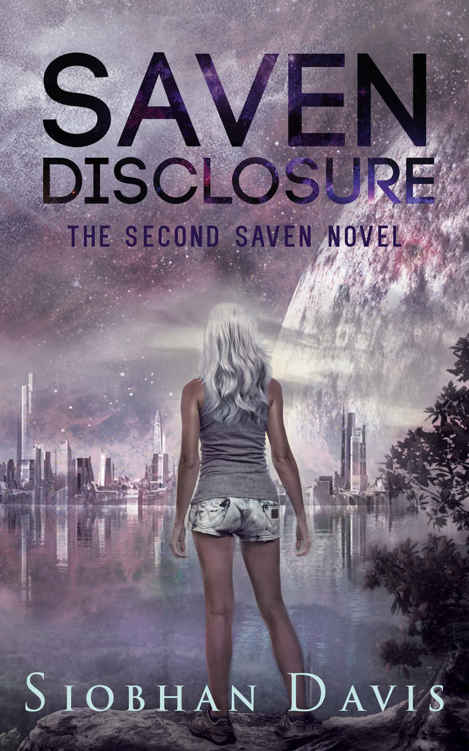 Thank you for letting me borrow your beautiful name for one of my characters.

YOUR FREE COPY OF THE LOGAN COLLECTION IS WAITING…

King Adjani stormed into the room, the door slamming shut behind him. Stalking around the desk, he flung himself into the chair, sighing agitatedly.

“Tough meeting?” Advisor Mellor asked, approaching cautiously from the far side of the room. He’d been anxiously awaiting the king’s return since he departed for Earth a few hours previous.

“Quite.” The king flexed his jaw, tension palpable in the air.

“Were we right? Is Griselda involved?” He pulled out a chair and sat down.

“I think our initial assumption is correct, but the human girl wasn’t able to corroborate anything.”

“I don’t understand.” Advisor Mellor straightened up, his muscles rigid with apprehension. “How was she able to lie to you?” The king was one of Saven’s most gifted Truethen, and Advisor Mellor couldn’t recall an occasion where any being—Saven, human, or otherwise—was able to deliberately omit the truth in front of him.

“She wasn’t.” The king tugged at the tie wrapped around his collar, ripping it free and tossing it clear across the room.

Conversing with the king when he was in a foul mood over something was the slowest form of torture, yet Advisor Mellor waited patiently for him to explain. He knew better than to push the matter.

“She told me the truth,” he finally admitted, a few minutes later. “Unfortunately for us, her knowledge of the real situation is nonexistent. She knows nothing. She could impart nothing. We’ll have to figure this out by ourselves.” The king swiveled in his seat and stared out the large tinted glass window at the vastness of the kingdom spread out before him. The Saven Central City truly was a sight to behold. Spiraling peaks of high-rise buildings glistened and glittered amidst rays of colorful lights sprouting from the dazzling, pulsing city below. Low flying craft, like magical dancing stars, wove a crazy path through the darkening nighttime sky.

He looked beyond the city skyline to the placid lake resting on the outer edges. Lake Carnavra separated the newer city district from the historical old district. A stinging pain bit him sharply in the chest as old wounds threatened to rise to the surface.

“Perhaps we are wrong. Maybe we are reading too much into this,” the advisor suggested.

The king turned to face him, shoving his melancholy away. “The facts were laid out in front of us in black and white. This is exactly how it looks. All that’s left is for us to determine how we are going to deal with this threat. And make no mistake,
it is
a threat. Griselda has taken her time, planned it methodically. I’m sure she’s even expecting our discovery. So, it begs the question, how can we gain the upper hand before she puts her full plan into motion?” The king leaned forward on his elbows.

Advisor Mellor loudly cleared his throat. “I think there’s an obvious solution, but your son won’t be happy.”

“My son will perform his duty. He
is
doing his duty. I can smooth things over with him afterwards.”

The advisor rose. “So, it’s decided. How will you proceed?”

“I’ll instruct First Senior Officer Vero. He’s the only one I trust to fulfill this mission. He’ll ensure it is dealt with swiftly and with discretion. My son will expect that as a minimum. I’ll handle the communication. You are dismissed.”

Exhaling gratefully, Advisor Mellor bowed at the waist and made a hasty exit. The king stood up and strode to the large viewing window. As his eyes raked territorially over his domain, he issued a silent invitation to Officer Vero requesting his immediate presence.

The king was pouring his second drink when the dark-haired officer arrived. “Sit down,” he commanded without looking up.

When he was seated again, he eyeballed the officer from across the desk. “I have a top secret mission I need you to handle. It requires the utmost efficiency and secrecy. Can you assure me of your complete confidentiality? Your absolute dedication?” He swirled the purple liquid in the glass before bringing it to his lips.

“I can, My King.” The officer held the king’s gaze confidently, his striking green eyes resonating with sincerity.

The truth of his statement echoed behind his words, and Truethen or not, the king recognized his honesty for what it was. “Excellent. Pick your best team and get ready to move out. Your target is Sadie Owens. Do not report back until she has been eliminated.”

I soar through the air, limbs flailing inelegantly. I squeeze my eyes shut in anticipation of the pain.
Wallop!
My butt slaps off the cold, solid hardwood floor as I stifle the moan traveling up my throat.
Never let the enemy know you are hurting. Never let down your defense. Don’t show any signs of weakness
. Haydn’s constant mantra flits through my mind as I attempt to ignore the searing pain ripping across my back, demanding my attention.

Opening my eyes, I prop myself up on my elbows as he storms across the room, a look of thunderous fury on his face. Haydn hovers over me, glowering. “What the hell was that?” Despite his obvious annoyance, he extends his arm to help me up.

Always the gentleman. Or gentlealien, if I’m to be politically correct. I smirk at my own feeble attempt at humor.

His scowl deepens. “You know that maneuver. We must have practiced it at least fifty times.”

“I know,” I admit, tenderly rubbing the sore spot on my lower back as I stand. “We did. I wasn’t concentrating properly. Sorry.”

“Why are you so distracted today, Sadie?” He folds his arms sternly around his chest.

I arch my back, attempting to loosen my stiff muscles. “I didn’t sleep again last night.” Between the resurgence of my horrendous childhood nightmares, strange nighttime hallucinations, and a mind hopelessly fixated on my absent alien boyfriend, I’m lucky if I manage to grab more than a couple of hours of sleep most nights. A yawn escapes my mouth right that second, as if I’d scheduled it perfectly.

Haydn’s expression softens. “We need to find a solution. You can’t continue to train when you can barely move one foot in front of the other. It’s like training the walking dead.” Now it’s my turn to scowl. He smirks and I feel an uncharacteristic urge to inflict pain. “You’ll end up getting injured, and I’ll end up out of a job.” Bending over, he effortlessly rolls up the mats and tucks them under his arm. “Come on,” he says, angling his other arm in my direction. “Let’s head down to the apartment. There’s time for a nap before we have to leave.”

Looping my arm through his, I let him steer me out of the rooftop gymnasium and into the elevator.

Back in the apartment—the king’s apartment, which I still call home—Haydn runs me a bath while I lie on my bed, attempting to catnap. But it’s no good. I’m overtired and I can’t switch off, not even for twenty minutes.

“You’re all set,” he remarks a few minutes later, walking out of my adjoining bathroom. “I put some sweet almond and rosemary oil into the water; it should help ease the soreness. I left some healing gel by the sink. Apply some of that when you get out. I’ll prepare breakfast while you relax. Take your time; you don’t need to be in work for a while yet.”

“I didn’t realize your job description extended to personal physician and chef extraordinaire?” I tease, both mildly irritated
and
pleased at his matronly care.

“Didn’t Logan tell you? I’m an all-rounder. Whatever you need, I’m at your service.” Haydn mock bows and I laugh, hoping to deflect the burgeoning blush creeping over my cheeks at his inadvertent flirtatious statement.

I dip a toe in the water and groan contentedly. The pleasurable warmth envelops me in a soothing cocoon as I ease myself into the tub. Closing my eyes, I inhale the sweet, herby scent and try to empty my mind. As usual, thoughts of Logan invade all my senses erasing everything else. Six soul-crushing weeks. That’s how long it’s been since I last kissed my alien boyfriend. Forty-two days, nine hours, and thirty-two seconds since Logan held me in his arms and told me he loved me.

It’s been far too long.

The more time we are apart, the more my doubts grow.
Does he actually love me? Or is the gut-wrenching physical ache we feel for one another the consequence of some weird alien mojo?
The effect of our Eterno connection?
Considering his position as crown prince of Saven—and heir-apparent—is this what my future holds? A long-distance relationship peppered with frequent separations as he attends to his formal duties while I languish in a pit of desolate heartache, every part of my being mourning his constant loss?

Dawn's Prelude by Tracie Peterson
The Dog That Stole Home by Matt Christopher
The Accidental Book Club by Jennifer Scott
Too Many Cooks/Champagne for One by Rex Stout
Reaching Rachel by LL Collins
Cheated By Death by L.L. Bartlett
Ride the Dark Trail (1972) by L'amour, Louis - Sackett's 18
Out of Towners by Dan Tunstall
0-69 in 5 Minutes by Jasmine Black
Mobile Library by David Whitehouse
Our partner