BOOK: Saving Ever After (Ever After #4)
>>DOWNLOAD HERE >>READ ONLINE NOW
ads 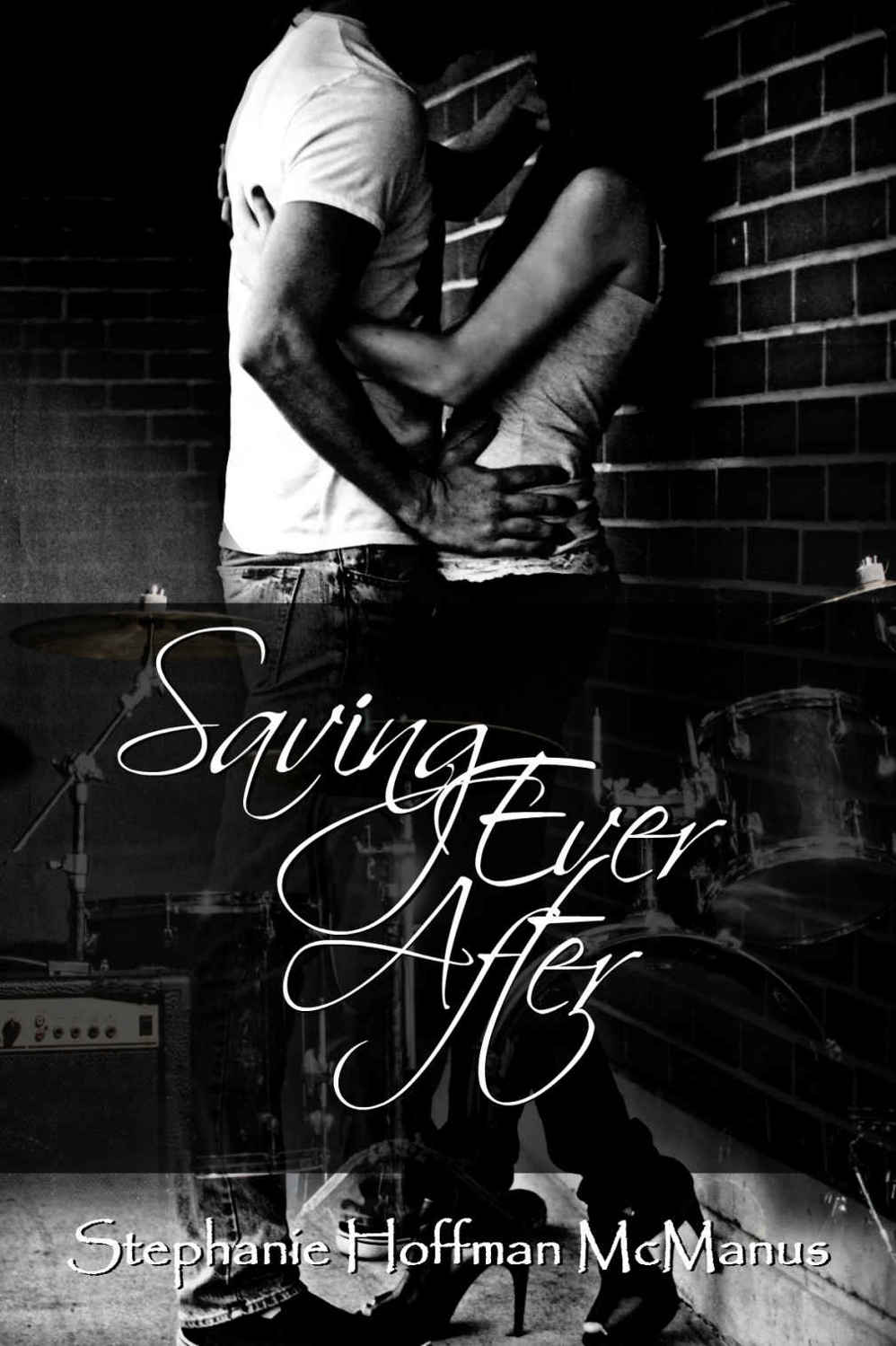 All
rights reserved by the author, including the right to reproduce,

distribute,
or transmit in any form, by any means.

This
book is a work of fiction. Names, characters, businesses, organizations,
places, events and incidents either are the product of the author’s imagination
or are used fictitiously. Any resemblance to actual persons, living or dead,
events, or locales is entirely coincidental.

For
everyone who has ever believed

the lie that they are
not enough.

My toes touched the first carpeted step at the top of staircase. I
paused to listen for the sounds of anyone down there. It was all clear, so I
took another step and another, holding my breath, hoping the soft creaking
wouldn’t give me away if my parents were still awake
. It was late, and a
school night. I didn’t want to get in trouble for being out of bed, but Bas had
come into my room whining that he was thirsty. I knew he wouldn’t quit and go
back to bed until he got something to drink. He’s only four and can’t reach to
get anything for himself. The only way to get him to be quiet was to tell him I
would go get it.

He’s come into my room almost every night this week. Some nights
he’s thirsty, some nights he’s just scared or upset. He used to go to my
parents’ room when he would wake up in the middle of the night. That was before
Mom started getting mad about everything.

Now, if she caught him out of bed, even if he was having a bad
dream, she’d yell at him. He would cry and then Dad would get mad at her for
yelling at him. She yells a lot. Mostly, at Dad. They argue all the time.
Lately, she’s always mad at him, but sometimes she gets mad at us too, even
when we don’t do anything wrong. I don’t know why. She used to be a lot
happier.

When I got to the bottom of the stairs, there were still lights on,
so I knew someone was awake. I hoped it was Dad. I wouldn’t be in trouble if he
caught me. I tiptoed down the hall toward the kitchen, but before I made it
there, I heard angry voices. Mom and Dad were arguing. Again. In Dad’s office,
just off of the kitchen. I crept closer. The door was cracked open. I listened.
I knew I shouldn’t, but I wanted to know why they fought all the time. They
always stopped as soon as Bas or I would come into the room, but we still knew
something was wrong.

Dad was asking mom about charges on the credit card bill. Mom
liked to spend money, a lot. It wasn’t the first time I’d heard them arguing
about how she spent Dad’s money, even though they tried to hide it from us.

“Why are you going through my mail? You have no right to snoop
through my bills,” Mom snapped at Daddy.

“It’s my money that pays your bills, so I think
I have a right to know
if I’m paying for a suite at The Four Seasons when you said you were visiting
your sister in Vermont for the weekend.”

I remembered that trip. Last month, Mom went to go see Aunt Cathy.
Dad took the weekend off work to take me and Bas to Six Flags. It was so much
fun.

“Cathy had to cancel at the last minute, something came up. I was
disappointed, because I was looking forward to a weekend away, so I booked a
room in the city for the weekend and treated myself to the spa and a little
shopping. I’m sorry I didn’t tell you, but I just needed some time to myself.”

I knew I should go back upstairs, but I couldn’t make myself turn
around. I hated it when Mom and Dad fought. I just wanted things to go back to
how they used to be.

“Don’t lie to me. This isn’t the first time suspicious charges
have showed up, and you always have an excuse. I’m tired of it.” Dad really did
sound tired. He’d been working a lot lately, trying to make more money for Mom.
I think, so that she would be happy. She always complains that she wants a
bigger house, a new car and more stuff. I didn’t think there was anything wrong
with our house or our cars, but she said they weren’t good enough. She said
that since Dad was a special doctor, we should have nicer things, but Dad
always said that we were all he needed. I wished that was enough to make Mom
happy too.

“Did you get me water?” Bas whispered when I pushed open the door
to his room. I’d hoped that he had just fallen back asleep while waiting, but
he was wide awake.

“No, I couldn’t. Mom and Dad were downstairs and I didn’t want to
get in trouble for being out of bed. It’s really late Bas, are you sure you
can’t just go to sleep?”

“I’m really thirsty Christin.” He could never say my name right.
It always came out sounding like a girl’s name. “My throat is dry and it
hurts.” He sounded really upset. I knew he wasn’t going to let it go, and if I
didn’t get him water, then he would just go downstairs himself. I didn’t want
him to hear Mom and Dad fighting. It made him really upset every time they did.
I think Mom’s bad moods were part of the reason he didn’t sleep well anymore.

“Okay. I think I have a water bottle in my room from baseball
practice. I’ll go fill it up in the bathroom and bring it back, okay? Just stay
in bed and be quiet.”

I got the water bottle and filled it in the bathroom sink and then
took it to Bas. After he got his drink, he curled back in bed and I hoped he
would stay there. I slipped back into my room and into my bed, but I couldn’t
fall asleep. I just had a bad feeling that things weren’t going to get better
with Mom and Dad.

I was right and, over the next few weeks, things only got worse.
As much as Dad tried to shield us from it, he couldn’t when Mom was always
picking fights. I think I knew it was coming the day Dad sat me and Bas down on
the couch and told us he needed to tell us something important. He said that
even though he and Mom loved us both very much, that Mom wasn’t going to live
in our house anymore. I knew he was lying. Mommy didn’t love us, or she
wouldn’t be leaving.

They were getting a divorce.

I was so mad at her for leaving us, that when she came home and
tried to talk to us later that day, I shut myself in my room and wouldn’t come
out.

It only took her a couple days to pack all her stuff, and then it
was like she never lived there. It wasn’t much longer after that, that I
figured out the real reason she left us. She had a new boyfriend. She’d been
seeing him while Daddy worked and we were at school. She was moving in with him
in his big house. She tried to tell me and Bas about it, the big yard with the
swimming pool and the big bedrooms we would have there, but I didn’t want to
hear about her new house. I liked our house here. It had a big yard, and there
was a swimming pool just a few blocks away that Dad took us too all the time,
and I didn’t need a bigger bedroom. Mine was just fine.

Mom got mad at me when I told her that. She said I had to go stay
with her some weekends and when Dad had to work long shifts at the hospital or
go out of town for his important doctor meetings and to visit other hospitals.

By the time Mom married him a few months later, I’d gotten used to
it, but I still didn’t like it, and I didn’t like that Dad was so sad all the
time. He tried to hide it, and he made sure to spend lots of time with me and
Bas when he was home, but I knew he was sad that Mom was gone. He never smiled
anymore, except when he was playing with me and Bas.

That changed when a new family moved in next door.

It was a lady and her daughter. We watched them move in. They
didn’t have a Dad with them, just like we didn’t have a Mom with us. Patty, the
lady, was really nice. She baked really good cookies and smiled a lot. That
made Dad smile. Her little girl, Jaxyn, was Bas’ age. She was alright, mostly
annoying, but she was Bas’ favorite person in the whole world so I had to put
up with her.

Mostly, I just hung out with my friends from school and the
baseball team, or I listened to music. Putting on my headphones and turning the
volume up was the only way to drown out all the thoughts in my head. Like how
much I missed having my family together even though my Mom wasn’t very nice,
not like Patty, and how much it sucked to have to go back and forth between
houses, and how Mom never came to my baseball games anymore.

I remembered when one of my teachers got married and changed her
name. We had to start calling her Mrs. Lewis instead of Miss Eaton. I thought it
was weird that she had a new name, so I asked Dad what it meant to get married.
He told me that when two people loved each other, they would get married and
make a promise to love each other forever, and then they would have the same
last name and be a family together. I thought that was pretty cool, but now I
knew it was a lie. Mom and Dad didn’t love each other forever. Mom broke that
promise and now she loved someone else. If I ever got married, I wouldn’t break
that promise. Dad taught us that you should never break a promise. I guess
Grandma and Grandpa didn’t teach that to Mom.