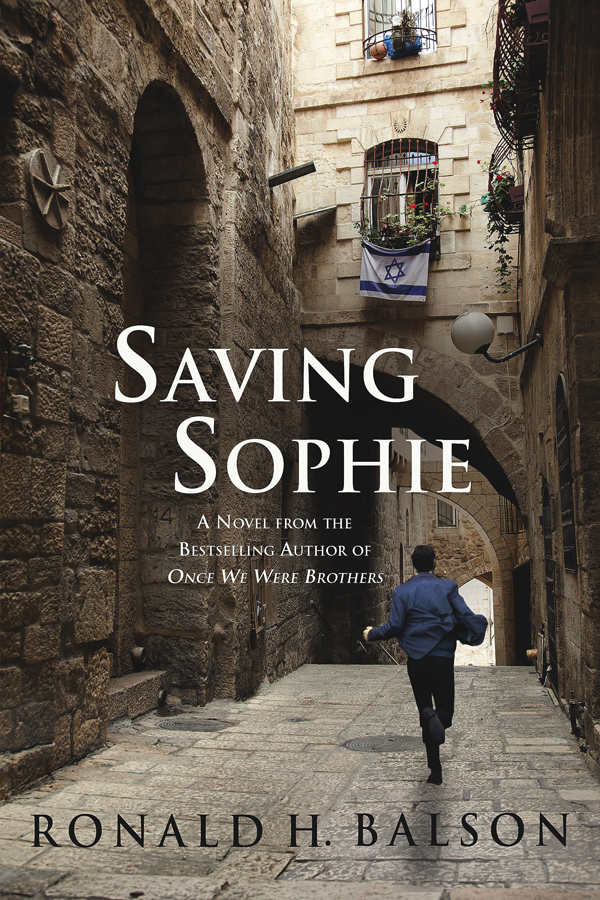 To my wife, Monica,

My rudder and centerboard

P
ELLETS OF RAIN AND
snow, driven by bone-chilling February winds, splattered the windows of Chicago O’Hare’s international terminal, occluding the view of those ticketed passengers trying to get a look at the tarmac. Intermittent gusts bowed the windows with an unsettling creak. Restless travelers paced the gate area, silently willing the gate agent to pick up her microphone and start the boarding process. After all, the flight from Chicago to Rio de Janeiro, from winter to summer, would take over twelve hours. Groans rumbled through the room as the beleaguered agent posted yet another delay. Sadly, she could offer no explanation other than “It’s weather related.”

A tall, thin man in a blue sport coat, white polo shirt, and cream-colored panama hat stood beside the Starbucks kiosk, a leather briefcase in one hand, his coffee cup in the other. He patiently scanned the crowd until his eyes finally settled on a young student seated cross-legged on the floor, an olive backpack by his side. An open laptop, plugged into the wall, rested on his legs. The man pulled out his cell phone and meandered toward the student.

“Yes, this is Dr. Sommers,” the man said loudly into his phone, pausing directly before the student. “What’s her heart rate?… Hmm. I see. Where’s Dr. Goodman? Who’s attending?” He nodded as he listened. “Has she been stabilized?”

Drawing an inquisitive stare from the student, the man continued in his high-decibel discourse. “I’m at O’Hare about to board a plane.… To Brazil, for Christ’s sake. Isn’t Dr. Withers available?” Pause. Then calmly, with a sense of resignation: “No, no, I understand completely.… Yes, I’ll cancel the trip. I’ll be there in an hour.”

He ended his call, shook his head, and looked down into the face of the curious young man. “There goes my trip to Rio. I’ve been planning this for over a year, but when the congressman’s wife has a heart attack, all bets are off.”

The explanation drew a sympathetic response. “Sorry for you, man. Guess you’ll have to go another time.”

Sommers shrugged and gazed at the passengers who were finally lining up to board. “Want to fly first-class?” He held out his boarding pass. “You can have my seat. I sure as hell can’t use it.”

The young man shook his head. “They won’t let me take your seat. I have a coach ticket.”

“I purchased this seat, I don’t see why it should go empty. We’ve already gone through security. We’ve shown our passports. The flight attendants don’t know what I look like. Take my ticket. When you get on the plane, tell them you’re John Sommers. Who would know the difference?”

The young man examined the boarding pass. Seat 4A. “Do you think I can? Do you think it’ll work?”

Sommers exited the international terminal and hailed a green-and-white taxi. The laminated license identified the driver as Delroy Johnson. Sommers set his hat, attaché, and overcoat on the seat beside him.

“Where to?” the cabbie said.

Sommers exhaled. “I’d like to go to the Milwaukee airport,” he said quietly.

The cabbie nodded and put the car in gear. “Up on Milwaukee Avenue, you mean,” he said over his shoulder. “Now they callin’ it the Chicago Executive Airport. Used to be Palwaukee Airport. That’s in Wheeling, you know, ’bout fifteen minutes, but you have to pay meter and a half.”

“No, Delroy,” Sommers answered as the cab pulled away from the terminal. “I mean Milwaukee. The city of. General Mitchell International Airport.”

Johnson slowed his cab and pulled to the side. “You serious? I don’t go that far. I’m a Chicago cab. Shit, man, you at the airport. You could fly up there.”

Sommers leaned forward. “Delroy, I just want a nice comfortable ride to Milwaukee. It’s worth five hundred dollars to me. Will you take me?”

“Well … since you put it that way. You crazy, but for a five spot, just sit back and relax, and let Delroy do the driving.”

Eighty minutes later, Delroy glided to a curbside stop at Mitchell International. His passenger, who had slept most of the way, handed him a roll of bills. “Thank you, Delroy. You have a nice day.”

“Hey, thanks to you too, mister,” Delroy called, leafing through the bills, but Sommers had disappeared into the terminal.

With boarding pass in hand, Sommers walked directly to the security line. He shuffled forward and handed a Kentucky driver’s license and his boarding pass to the TSA agent, who examined them and smiled.

“You have a pleasant flight, Mr. Wilson,” she said.

Sommers nodded, checked the departure board, and walked to his gate. His flight to LA was lightly booked. Sommers placed his leather case carefully into the overhead bin. It held a laptop, a trifold wallet filled with assorted credit and debit cards, and a change of clothes. On this day, at this fork in his road, that was everything he’d need. He took his seat by the window and watched the ground crew.

N
INETY MILES SOUTH, IN
the brick-and-steel canyons of Chicago’s Loop, a group of businessmen and their attorneys gathered to celebrate the consummation of a business deal—Leland Industries had acquired the assets of Kelsen Manufacturing Company. The mood was ebullient. Champagne flowed. All of the tedious negotiations, the threats, the maneuvers, the posturing, were now history. The deal was sealed. The air was light.

Walter Jenkins, managing partner of Jenkins & Fairchild, Attorneys at Law, stood by the conference-room windows with his client, Victor Kelsen. Jenkins was tall, in his midsixties, gray at the temples, and elegantly dressed. Kelsen, a few years younger, was stocky, with a workingman’s physique. Plainly dressed in a suit from a department-store rack, Kelsen’s understated appearance belied the wealth he had amassed in his business career.

The morning storm had lifted, and the setting sun painted long shadows in the federal plaza below. A visual metaphor, Jenkins thought—the end of days for Kelsen Manufacturing.

“Why, Victor, you’re actually smiling,” Jenkins said. “I haven’t seen that in quite a while.”

“Well, why shouldn’t I? I got a good price for my company, and now some other sucker can worry about the packaging market.” He gestured across the room at a group of young men, uniformly dressed in two-button shades of charcoal. “Look at them all, Walter. Clinking glasses, laughing and joking. All my high-priced executives. So pleased with themselves to receive bonuses on the sale of a company they had no part in building. And I ask you—how long will that bonus money last any of them? These guys just don’t get it. Leland Industries doesn’t need any of them and won’t keep them past next Christmas. And soon they’ll all be sending out résumés in our dandy economy.”

“Oh, they’re bright people, I’m sure they’ll land on their feet,” Jenkins said. “Anyway, are you taking Helen out to celebrate tonight?”

“Nope. The Deacons are playing Northern, and Helen hates basketball. But I haven’t missed a home game in years and I’m certainly not going to start now, just because I sold my company.”

“And cleared ninety-six million dollars.” Jenkins reached across the table, grabbed a bottle of champagne, and offered to refill his client’s glass, which Kelsen declined with a shake of his head.

“Ninety-six before taxes, Walter. Listen, I got to get out of here. I’m sick of looking at these guys. It took me thirty years to build my company. On my back. These MBA types think they bring something to the table. They bring nothing. It’s guys like me who built this country, not a bunch of full-of-themselves finance majors with six-figure salaries.”

Jenkins winced. “Yes … well … I get your point, Victor. But you won’t have to put up with that any longer. What time’s your game tonight?”

Kelsen checked his watch. “Seven thirty, but I usually go early.” He retrieved his wool overcoat from a rack and Jenkins held it for him as he slipped his arms into the sleeves. “Most importantly, Walter, what time do I get my money tomorrow?”

“We expect the closing escrow to disburse about eleven
A.M.
I’ll have Sommers over there first thing in the morning. I assume that Harrington will be there as well?”

“He’d better. That’s why I pay him. That’s another thing I won’t miss. Paying my good money to a gloom-and-doom CFO.”

Jenkins took a sip of his champagne. “Speaking of your CFO, I haven’t seen Harrington at all this afternoon. Isn’t he going to join the bunch for dinner?”

Kelsen shrugged. “As far as I know. I expected him to be here by now. It’s not like him to miss a free meal. But since you mention it, I haven’t seen your man Sommers either.” He feigned a chuckle. “They’re probably both sitting in a bar somewhere discussing balance sheets and tax write-offs.”

Jenkins smiled and patted Kelsen on the shoulder. “It takes a lot of work to sell a three-hundred-million-dollar company, and they’ve been the men in charge. I’m sure they’ll be here soon. Relax.”

“I’ll relax when the escrow closes and I get my money. See you at eleven tomorrow,” Kelsen said, and left.

Black Butterfly by Sienna Mynx
Biblical by Christopher Galt
ADRENALINE: New 2013 edition by Benedict, John
No Laughter Here by Rita Williams-Garcia
Stone Soldiers 4: Shades of War by C. E. Martin
12.21 by Dustin Thomason
Bringing Home a Bachelor by Karen Kendall
Butterfly in the Typewriter by Cory MacLauchlin
Rise of the Nephilim by Adam Rushing
You and Me and the Devil Makes Three by Aaron Gwyn
Our partner