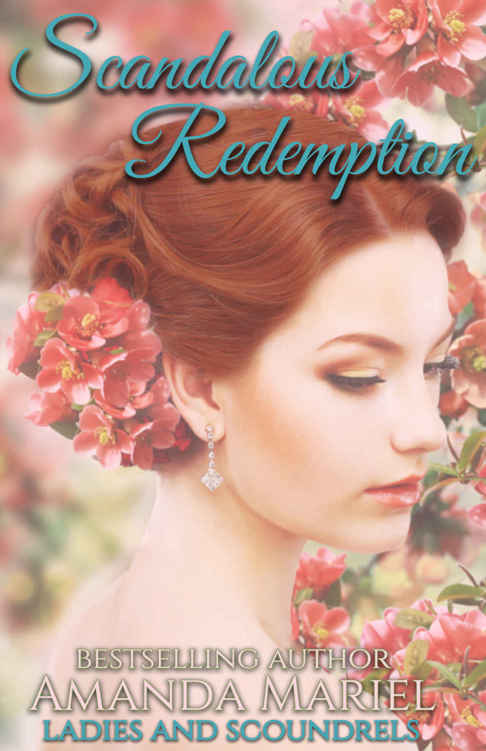 This is a work of fiction.  Names, characters, organizations, places, events, and incidents are either products of the author’s imagination or are used fictitiously.

No part of this book may be reproduced, or stored in a retrieval system, or transmitted in any form or by any means, electronic, mechanical, photocopying, recording or otherwise, without the express written permission of the publisher.

Coming Soon to the Ladies and Scoundrels Series

Coming soon to the Ladies and Scoundrels Series

Once Upon A Regency

To all of the fans of my Ladies and Scoundrels series, I hope you fall in love with Henry and Claudia.

As always, I could not do this without my amazing team of beta readers, cover artists, plotting partners, formatter, and my editor. You all know who you are, and each of you is amazing! Big hugs!! 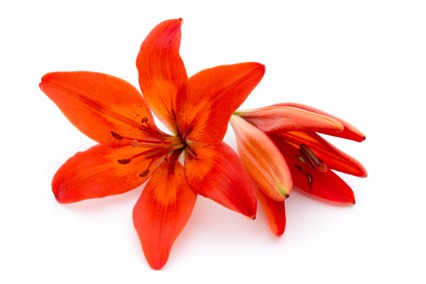 Lord Henry Shillington
strode across the music room of Lord and Lady Morse’s country estate intent on locating his sister. The force of someone bumping into him sent him stumbling backward. He whirled around, auburn curls catching his gaze as he reached out to steady her. “Excuse me.” He offered a slight bow but did not release his hold on her.

The lady peered at him through narrowed, fierce green eyes the color of emeralds. “You should watch your step. Kindly unhand me.”

Henry met her icy glare. She radiated the sweet scent of champagne. It clung to the air around her filling his senses as if she had used it for perfume. “Good God, you’re foxed.”

Her earbobs danced and sparkled as she leaned in close, the fire in her eyes growing more intense. “My state is not your concern.” She jerked free of his hold and took a step back. Her blue jewel-toned gown swooshed with the sudden movement.

He grabbed her arm, halting her. His pulse pounded through his veins. “You cannot stay here in your condition. You will cause a scandal for yourself and our hosts.”

“What concern is it of yours?” She rounded on him.

He had to prevent her from causing a scene. “Allow me to escort you outside. We can stroll through the garden.” Part of him worried for their hosts, Lord and Lady Wexil were dear friends, but, if he were being honest, he would have to admit he wished to know more about this beauty. Something about her captivated him. Perhaps her unusual eyes or the misery he saw in them.

A slow smile spread across her full lips. “Very well.”

She swayed and clung to his arm as he led her out through the veranda doors and into the country air. What would compel a lady to become foxed so early in the evening? The sun had yet to give way to the moon’s glow. And who was she? Surely, they had never met before.

He turned her down a path lined with flowers and green foliage. The details of who she was and why she’d overindulged did not signify. She was clearly in distress, and he intended to help if he could. He studied the profile of her delicate face.

“Might we sit...what is your name?” Her exhilarating laughter floated through the empty space.

He had never heard a sweeter sound. “Lord Shillington. And yours?” He stopped in front of a cast iron bench. He couldn’t look away as she lowered herself onto the seat in a flutter of skirts. She was a mystery he wished to solve.

“Do sit with me, Lord Shillington.” She patted the bench next to her.

Henry positioned himself near her, but not too close. Being out here with an unchaperoned lady was scandalous enough. It was not his desire to compromise her--or himself. Given her state, he had no choice but to remove her from the gathering. However, he also had a responsibility to control the propriety of his own behavior.

A cool breeze ruffled her elegant skirts, drawing his attention to her body. Heat fanned through him as he studied her. She was tall and lithe, yet she possessed curves in all the right places. He offered a polite smile. “Your name, my lady?”

She looked at him through hooded lashes. “Lady Claudia Akford.”

His heart skipped a beat as his throat tightened. The notorious Lady Claudia Akford. The very one who had caused trouble for his friends, Lord and Lady Luvington? He should not be anywhere near her, least of all attempting to aid her. This scandalous woman brought on her own troubles. He should simply leave her to them.

He shot up from the bench. “I will not be a party to your scheming. Lord and Lady Luvington are my friends, but I suppose you already knew that.”

She stood and took hold of his arm. A crestfallen expression darkened her lovely features. “Indeed I knew nothing of the sort, nor am I scheming. Go if you must, but know you are mistaken about my motivations.”

He jerked his coat sleeve free and walked away.

A soft sniff made him freeze.
Do not turn around
. After another step, a small cry rent the air. He glanced over his shoulder, unable to stop himself. Bloody hell. Lady Akford sat upon the bench, head hung low, shoulders trembling. With a deep inhale, he moved back to her side.

At least the risk of compromising her no longer existed. It was perfectly fine for a widow to be unchaperoned. Regardless, he was too much of a gentleman to leave her alone in such a delicate state. He would see her sober, or at the very least, safe in her chambers, before abandoning her. Surely, no trouble could come of assisting her this one time.

She lifted her head. “I am not the heartless harlot they make me out to be.”

He held his silk handkerchief out to her, not trusting himself to speak.

She shook her head, and he tucked the silk square back into his pocket.

“I know what the
ton
says about me, but they have it all wrong.”

Somehow, he doubted they did. Lady Sarah Luvington would never make up a tale to injure another person’s reputation. She had told him all about Lady Akford after the vixen traipsed into Lord Luvington’s townhouse stirring up trouble. She had thrown herself at Luvington. Then, when she discovered he had married, the chit went so far as to beg him to keep her as a mistress. The
ton
did not have knowledge of that particular incident, but he had firsthand accounts. In light of it, he could only assume her previous scandals involving Lord Luvington and Lord Akford, to be accurate. He would see her sobered, then be done with her.

“You believe me, Lord Shillington?” Her gaze locked with his.

The pain in her expression compelled him to pat her gloved hand. He could not give her the cut direct, regardless of what he believed. “Tell me why you are so deep in your cups at this early hour? Do you continue to grieve your late husband?”

She shook her head. A hiccup escaped. “Some men are monsters. Lord Akford was such a man. Do people not celebrate when monsters are slain?”

Henry swallowed past the lump in his throat. “You are…celebrating?” Her words concerned and confused him at the same time. Perhaps the lady was mad.

She laughed bitterly and waved her fan. “No, but nor do I grieve his loss. On the contrary, I was pleased to see him gone. I never fancied Akford. He tricked me into marriage, then mistreated me for years. May his soul burn in hell for eternity.”

“I...” Henry had never heard a lady use such strong language. Words escaped him.

“You need not say anything. Just hear me out.” She squared her shoulders and angled her body toward his.

Gads, her cheeks were far too pale. He took a deep breath and steeled himself for her story.

“Lord Akford knew I intended to marry Julian, the Marquess of Luvington, and ruined me on purpose. He spied on Julian and I, then when Julian proposed, Akford witnessed us sharing a kiss. We would have married if not for Akford’s underhandedness. He spread gossip about what he had seen all over, then went to my father and arranged for his own marriage to me. I had little choice other than to accept. Father threatened to disown me if I refused, and all of London already saw me as a fallen woman.” She wrapped her arms across her midsection. “I will not share the details, they are too painful, but Lord Akford was a brute. There was no love lost between us.”

Henry rubbed the back of his hand across her warm cheek. “You need not go on. I have heard enough.” Did she speak the truth? He could not fathom the idea of her inventing such a tale. If Lady Akford were being honest, she had been through hell. He owed it to her to help if for no other reason than she was a lady and he a gentleman. But what could he do?

She stood, turning away from him. “I require another flute of champagne. Do join me.”

“That is the last thing you need. Let us speak of something more pleasant,” he challenged her. Perhaps if he could keep her here for a while, the fresh air would sober her.

Mercier and Camier by Samuel Beckett
Dark Tales 1 by Viola Masters
La Danza Del Cementerio by Lincoln Child Douglas Preston
The Making of Us by Lisa Jewell
The Warrior by Sharon Sala
Loving the Beast (Skye Warren) (A) by Skye Warren
Broken Road by Char Marie Adles
Full Throttle by Wendy Etherington
Vows of Deception: Something old, new, borrowed, and BLUE... by K. Harris
The Reluctant Bride by Greenwood, Leigh
Our partner