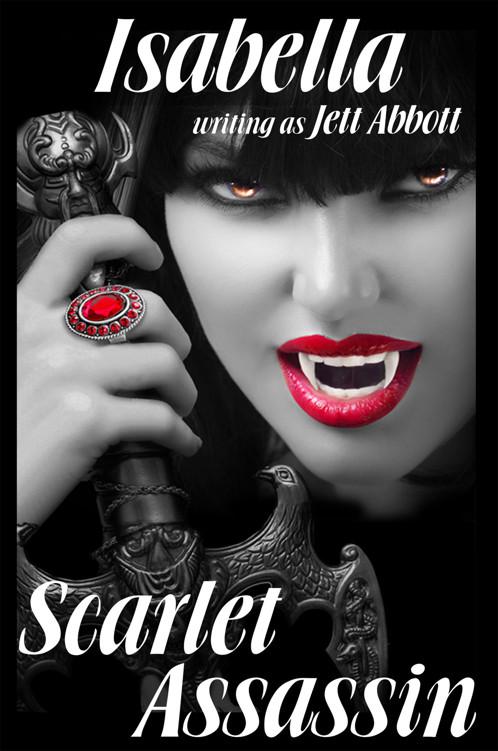 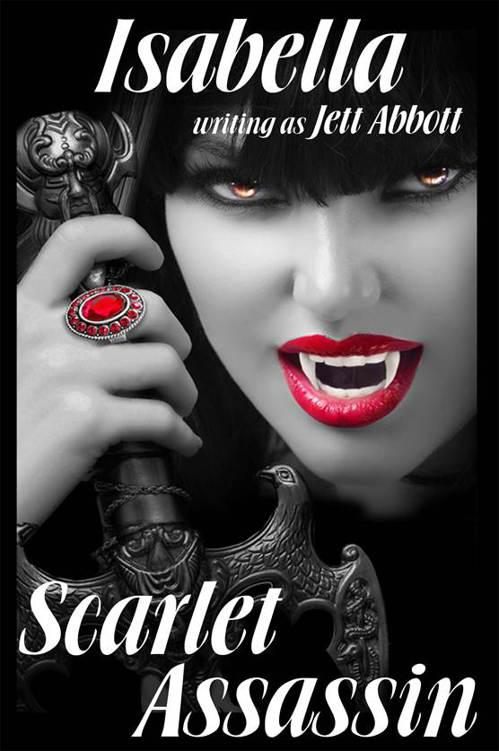 Selene Hightower is a killer for hire. A vampire who walks in both the light and the darkness, but lately darkness has a stronger pull. Her unfinished business could cost her the ability to live in the light, throwing her permanently back into the black ink of evil.

Doctor Francesca Swartz led a boring life filled with test tubes, blood trials, and work. One exploratory night, in a world of leather and torture, she is intrigued by a dark and solitary soul. She surrenders to temptation and the desire to experience something new, only to discover that it might alter her life forever.

Will Selene allow the light to win over the darkness threatening the edges of her life? Two women wonder if they can co-exist despite vast differences, as worlds collide and threaten to destroy any hope of happiness. Who will win?

Copyright © 2014 by
Isabella, writing as Jett Abbott
All rights reserved.

This is a work of fiction - names, characters, places, and incidents are the product of the author’s imagination or are used fictitiously. Any resemblance to actual persons living or dead, business, events, or locales is entirely coincidental.

All rights reserved. No part of this publication may be reproduced, distributed, or transmitted in any form or by any means, including photocopying, recording, or other electronic or mechanical methods, without written permission of the publisher.

To the woman who never questions, why.
My love, Schileen.

Thomas, Eric and Alex, my heart!

Sometimes, no, isn’t the end of journey, but the beginning of one. At least it was for me and I have the readers to thank for accompanying me on my travels.

To the readers who kept asking for another Jett Abbott book, thank you! Now you know my secret!

To my beta reader, Erin Saluta - your insight into the story was thought provoking and right on target. Thank you.

To my editor, Lisa Boeving - you keep me honest when I want to be lazy. Many thanks.

To Peggy Adams for finding all my flaws, a huge thanks for joining us at Sapphire Books.

To the wonderful women at Sapphire Books - you are amazing storytellers. When I grow-up I want to be just like you!

Selene sat entranced as the scratched and grainy images popped on the old, by-gone era theater. Built in the early 1900’s, it still had all the smells of stale food, mold, and body odor that assaulted her senses as she kept her eyes glued to the images playing out before her. Her phone vibrated in her pocket as the scene continued to unfold, glowing in the darkness of the theater. She was tempted to ignore it. Whoever it was had intruded on her time and she had so little to herself lately.

Her jaw clenched. The longer the phone vibrated the angrier she got. Clearly, the caller wasn’t getting the message. Her phone settings would prevent the caller from leaving a message for a reason. She didn’t like talking to people. The phone was a necessary evil she had accepted on her terms. Finally, the vibration stopped and she lost herself once again in the silent film she had seen at least a hundred times. “Gish the dish” as she liked to refer to the silent film star, had enthralled her from an early age.

“
One piece of that candy and you had to go back to the dish for more.” A gentleman sitting next to her had said when the film premiered.

He was right. Selene had returned to see the film many times and would continue to do so for the length of her life, she was sure. Watching the DVD couldn’t compare to the big screen setting. The larger than life images reminded her of a different time in her life and she could almost smell the hot popcorn, the heady rush of perfume, and the warmth of the woman she first saw the film with. She closed her eyes and laid her head back on the seat, memories flooding her mind.

It was her first time seeing a “moving picture” as they called it back then. World War I raged on another continent, rationing was common, work was hard, the hours long and days off were few and far between.

“Oh, I can’t wait to see this. I heard the girls talking about it at work,” her date said, pulling on her elbow, stopping her progress down the dirty, dark street. “I’m so glad you finally decided to take a night off, Selene. This should be fun.”

The giddiness from Mavis was contagious. Selene rarely got excited, but it was hard not to as she watched her date. Smiling at the sheer joy on her companion’s face, she grabbed her by the hand and started towards the theater. The smell of popcorn from the vendor sitting in front of the theater wafted through the air, greeting the movie patrons the closer they got.

“It’s all the rage in New York. I hear the Ziegfeld Follies might have to shut down. No one’s going to the shows now that moving pictures are here,” Selene said, gettting caught up in the moment.

“Oh what a shame that would be. Don’t you think?”

“I suppose you’re right.” Mavis pulled Selene’s arm. “Come on let’s get a good seat. I don’t want to miss one minute,”

One more turn and they would be on the lit street of the movie theater, but something, someone, moved in the darkness next to Selene. Instinctively Selene leaned close to Mavis’s ear.

“Don’t turn around. Go straight to the movie theater and wait for me.”

“Don’t turn around, we’re being followed. Run to the theater and don’t look back.”

“Save me some cracker jacks, now RUN!”

Selene was grabbed from behind and spun around. A slap across her face momentarily stunned her.

“You shouldna done that, now I gotta chase her down,” a low voice husked out.

The rank smell of tobacco almost made Selene puke as she was struck again, this time with a closed fist. The tinny taste of blood filled her mouth while her body tensed with rage.

“You’re gonna be so sorry you did that, asshole.” Selene grabbed her attacker’s hand. The bones of his knuckles ground together as she squeezed tighter. With a twist, she wrenched his hand over until his wrist snapped. He fell to his knees cursing.

“You should’ve really decided to do something more productive than molest two women going to the movies.”

“Let me go and I’ll leave you and the lovely lady alone. Look, I got a family to feed…kids.” He pleaded his case.

“You should have thought about that before. I can’t let you live now.” Selene’s nails lengthened and bit into his hand, anchoring him to her.

“Argghh.” He screamed loud enough that she was sure someone would come to investigate. Pulling him behind some discarded wooden boxes, she cupped her hand over his mouth, muffling his scream. One swift lunge and she was on his neck, draining the life out of him. Finished, she dropped to her knees and suddenly felt nauseous. Gagging, she tried to stop herself from throwing up but her stomach revolted at the sour taste of his blood.

“Christ, he’s a fucking drunk and a doper.” Selene turned his arm over, looking for the telltale signs of drug use. He probably drank it with his alcohol. Medicinal of course. Waiting for the queasiness to stop, she stood and looked around, making sure no one had seen them slip behind the boxes. Throwing a few on top of him to cover his body, she tucked her shirt back into her trousers, pulled the cuffs of her sleeves down and straightened her jacket before returning to her date waiting for her at the ticket office.

Selene’s vibrating cell phone yanked her from her memory. Pissed, she pulled it from her pocket so hard she almost ripped her pants. Her eyes narrowed when she recognized the caller ID. She jabbed at the screen.

“This better be important,” she hissed.

An old man in front of her turned around, but before he could say anything Selene let out a low ominous growl.

AJ chuckled and continued, “Are you busy?”

“Clarissa wants you to come over for dinner.”

“Yep and she specifically asked me to invite you. So, Thursday at six p.m.”

A Promise Kept by Robin Lee Hatcher
Hear Me by Skye Warren
The Land of Painted Caves by Jean M. Auel
The Rising of the Shield Hero Volume 01 by Aneko Yusagi
Broken Faith by James Green
On The Edge by Hill, Jamie
A Throne for the Taking by Kate Walker
Make or Break the Hero (The Hunter Legacy Book 4) by Timothy Ellis
Crowned and Dangerous (A Royal Spyness Mystery) by Rhys Bowen
House Party by Patrick Dennis
Our partner