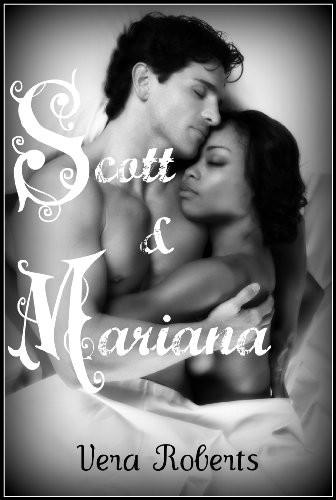 For my husband, Maks.

The sky was blue. Was it blue? No, it was a soft baby blue. The surprising wind factor made the normally calm trees sway feverishly back and forth. The weatherman predicted rain for tonight and tomorrow and Mariana sighed at the thought. Rain. It didn’t matter if it was sunny. She still had to go work.

Mariana Harlow couldn’t help but to stare at the window. It was the perfect day for shopping. She was going to the mall later but she swore herself it was only to ‘look.’ Yeah, right. She damn well knew she wasn’t going to look. She had a credit card that wasn’t quite maxed out and there was a few dollars left on it to get something. Anything.  However, Mariana had business to take care of and that meant being stuck inside class.

Economics. Supply and demand. Consumer need versus business want. She wondered how it was possible for one person to talk as long as her professor did. He was discussing the effects of the 2008 financial disaster and how corporations and small businesses reacted differently to the global recession. It was charming to see the little man become so passionate about finances and everything associated with it. He would often close his eyes as if he was straining to make a point as he talked.

On any other day, it would’ve been a great lecture to listen to. That is if Mariana cared and her professor wasn’t so long-winded. It seemed like he could speak one sentence for 10 minutes without stopping to take a breather or a sip of water. She was impressed by his stamina. Not everyone had the ability to talk 30 people into complete boredom.

Despite how much she hated being stuck inside her Economics class, it helped her understand the economy and her contribution to it. Mariana always felt she contributed a lot to society as it is so there was no need for her to volunteer. The mall made a killing off her every weekend. Her mother always told her, ‘
You never know how much money you’ve spent until you don’t have any.
’ Mariana currently had none but she knew exactly where her money went.

There were the Louis Vuitton handbags. There were the Christian Louboutin heels. Of course, Mariana couldn’t forget having the Tiffany collection to match. Yet, Mariana was still surprised she racked up 13K in credit card debt.  All she did know was creditors were calling her and she needed to get them off her back. It meant cutting up her cards. It meant no more weekend dalliances at the mall.

It also meant getting a second job. At least she looked good in her designer garb.

With the current state of the economy, it seemed everyone applied at all the places Mariana went to: McDonald’s, the mall, department stores, everywhere. The pundits always said ‘Go out and get a job and stop collecting unemployment’ but Mariana wondered how many of them were in the hunt with the rest of the country.
Kinda hard to tell people to get a job at McDonald’s when you’re living in your own McMansion,
she griped. She quickly got used to hearing the phrase:
We’ll call you if there’s an opening
. Except there was never an opening. She couldn’t get hired even if she wanted to.

Desperate, Mariana checked out the local bulletin board at school and saw a cleaning service hiring for another worker. At first, Mariana scoffed at the idea. Her? Cleaning homes? She barely liked to clean
her home
, let alone someone else’s.

But daily calls from the various creditors and collection agencies reminded Mariana she better suck it up and get real. The sooner her debt was paid off, the sooner she could quit her job and relish her free time.
Broke, desperate, and needing to pay off multiple credit cards, Mariana reluctantly signed up.

Most of her clientele were word of mouth referrals due to her exceptional work ethic and great cleaning style. Her clientele was mainly rich and wealthy executives; CEOs, attorneys, doctors, and the like. She dusted, swept and mopped, and even did laundry. Over time, Mariana had grown to appreciate cleaning and loved it. In fact, her new cleaning job made Mariana take more care to her own home. She prided herself to have the cleanest toilet in all of Los Angeles.

When Mariana was a child, she took origami classes. Over the years, she kept up the practice and often designed her clients’ bed sheets in some type of origami design at the end of her sessions. They were impressed to come home to their Egyptian 600-count threads in the shape of a fan, swan, or an intricate star. Despite the designs looking like they took hours to complete, in reality, Mariana only spent 10 minutes on them. T
he illusion
, her origami teacher once taught her,
is to trick people into thinking what you’re doing is easy
.

Mariana earned an extra $400 a week and she would be lying if the money didn’t come in handy.
The job was paying a very nice wage plus whatever tips the clients left. She only worked 20 hours a week and could do most of the cleaning on weekends and some weekdays between classes.
She was able to get back on track with her bills and started to save up more for a vacation.
However, she was still getting used to the cocktail of sweat, bleach and Pine-Sol at the end of the day.

“Alright, class dismissed. Don’t forget to turn in your papers next week! Finals at the end of the month!” The Economics professor shouted over the bustling students hurrying out of class.

Mariana quickly packed up her backpack and headed out the door. She glanced down at her iPhone. 2:20 PM. Her cleaning appointment was at 3. If she hurried enough, she would make it in time to see the fine-ass client leaving his house. Seeing him was a definite perk that made Mariana wish she started cleaning his home sooner.

Mariana’s day usually started with cleaning her main employer’s home before she moved to other homes. He paid her the most and in Mariana’s mind, deserved better treatment because of his generosity. He was a young and single executive who lived in a big Mediterranean-style home.

It boasted of three bedrooms, four bathrooms, a Jacuzzi and a swimming pool. It had a large patio for entertaining and a home office that looked more like a small library with its many bookcases, world globe in the corner and aristocratic charm present throughout. It wasn’t just a home; it was a palace. Mariana wondered why Scott needed such a large home when it was mainly him and his occasional booty call.

“There’s my girl,” Scott Reed smiled at Mariana as he glanced down at his watch. He had a smile that was both charming and sexy. Mariana wondered how many women stepped out of their panties for him just on his smile alone.   “You’re here early.”

And miss the chance of seeing your fine ass?
“Class let out early.” Mariana replied.

“Works for me,” Scott grinned. “There are some drinks in the fridge if you want any and some snacks in the cupboards.” He picked up his briefcase and talked as he went to his SLK-class Mercedes. Mariana focused on the type of Mercedes class Scott drove based on what she learned in Economics.
The higher the class, the wealthier the driver.
“You know the rules.”

How could Mariana forget? It was the only thing he’s said to her for the past six weeks.
Clean everywhere. Sweep, mop, do whatever you need to do. I just want it spotless. Oh, and one other thing: do not open this top drawer.
“Sure do. Have a good meeting, Boss.”

“Scott,” he corrected her and drove off.

Mariana shrugged as she watched him leave. “Scott, Boss…same difference.”

Mariana put on her iPod and went to work. The sooner she was out of Scott’s home, the better. There was the semi-annual sale going on at Victoria’s Secret. She was not about to miss that for anyone or anything. Budget, schmudget. She needed a new pair of panties. And some bras. And probably some lotions. Hell, she needed everything in that store.

As always, Mariana cleaned the kitchen and common living areas. Those were not hard to clean as it seemed Scott didn’t do too much entertaining other than his bedroom. If Scott cooked, Mariana was never able to tell. His kitchen was absolutely spotless as if he never stepped foot inside it ever. Despite how monstrous Scott’s home was, Mariana was never there for more than two hours at best. She spent most of the time cleaning Scott’s bedroom of sin.

Once she finished the front part of the house, Mariana finally made her way to Scott’s bedroom. His bedroom was simple but contemporary. There were a few abstract pictures on the walls and two end tables that flanked the California King size bed. There was a fireplace in the center of the room and one of the walls was mirrored from the roof to the floor. Mariana immediately thought about the infamous scene in American Psycho with Christian Bale. She wondered how many women had to be subjected to Scott’s flexing while he was behind them.

But there was one thing about Scott that Mariana that had always amazed her: he was alone but never lonely. Though it took some time, Mariana finally got over the feeling of disgust she had when she often had to clean up after his dates. From spilled lubrication to wastebasket full of used condoms to torn panties strewn on the floor, Mariana was used to the freaky nights of her boss. She knew better to ask too many questions and often pretended she didn’t see anything when she occasionally saw the numerous bottles of KY jelly in the trashcan.

That day, however, Scott’s bedroom was surprisingly clean.
Maybe he had a slow night
, she smirked. She straightened up some other areas and began to put his underwear away in the second drawer of the dresser when she stopped. The curiosity of the first drawer was bugging her. It wasn’t locked and it wasn’t protected in any way.

Clean everywhere. Sweep, mop, do whatever you got to do. I just want it spotless. Oh, and one other thing: do not open this top drawer.

She was to never open it. Mariana never questioned why and just took the direction with no questions asked. What was so important that she couldn’t open the drawer? What was so secretive? Was it important documents? Money? Pictures? What in the fuck was so damn important to Scott? Looking around the room, Mariana slowly slid open the drawer. Stunned didn’t begin to describe her reaction.

“She canceled? Again? Is it her PMS or is she just a bitch like I think she is?” Scott huffed over the phone. The one thing he hated more than anything was the feeling someone else was wasting his time.

FLAME (Spark Series) by Cumberland, Brooke
A Gathering of Spirits: Japan's Ghost Story Tradition: From Folklore and Kabuki to Anime and Manga by Drazen, Patrick
Famous in Love by Rebecca Serle
Stopping Time by Melissa Marr
What a Woman Gets by Judi Fennell
Lizzie's List by Melling, Diane
The Sabbath World by Judith Shulevitz
The Great Forgetting by James Renner
Hall of Small Mammals by Thomas Pierce
Highland Desire by Hildie McQueen
Our partner