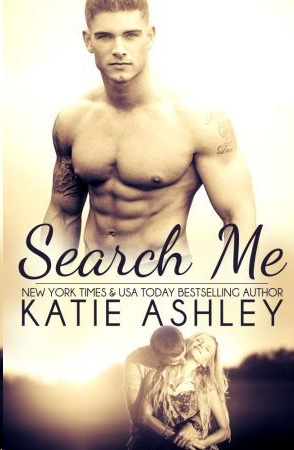 Special thanks to my late parents who instilled in me a deep appreciation for history. To my father, Raye, who did his own treasure hunting through metal detecting and The Treasure Seekers of Georgia Club, and my mother, Ginger, whose love of teaching history extended far beyond the classroom to give me a greater perspective on the world.

With only the dim beam of the flashlight illuminating the way, I could barely see what was straight in front of me, let alone what was farther up around the bend. The jagged, rocky walls of the cave closed in around us. The air started getting cooler and damper, but salty beads of sweat still stung my eyes, blurring my vision. Our feet sloshed through the dingy puddles as I tried calming my erratic heartbeat that thundered like a canon blast in my ears. We whirled around the corner and were immediately blinded by sunlight and an earsplitting roar.

I squealed in fear as my shoes skidded to a stop just before the cave’s crumbling edge. Maddox grabbed my arm, jerking us both back before we could go over. Peering over the mossy-covered ledge, I gulped down the rising bile in my throat. The mere sight of the enormous drop to where the water from the falls churned into harsh rapids made my stomach clench and my entire body shudder in fear. “Oh shit,” I muttered.

With a firm grip, Maddox grabbed me by the shoulders and turned me to him. “Okay, we don’t have much of a choice here, Lane. We’ve gotta jump!” he called over the pounding water.

My eyes widened. “Are you insane?”

“And just what else would you suggest?”

As I surveyed his desperate expression coupled with the harrowing situation we faced, I fought the urge to throw my head back and laugh maniacally. If you had told me forty-eight hours ago, that I, Lane Montgomery—college student, part-time ballerina, sheltered and spoiled only child—would be running for my life from deranged treasure seekers with the very guy who broke my heart and stole my virginity, I would have laughed in your face.

Maddox reached out for my hand. “You have to trust me.”

I fought the urge to say,
Like you haven’t claimed that one before.
At the sound of footsteps, I realized I didn’t have any more time to debate my options. I turned back to see the menacing shadow bobbing closer. Its voice echoed through the cave toward us. “All right, I’m through playing fucking games! Give it to me, or I start shooting!”

With my chest heaving, my trembling hand flung out for his. Grasping blindly at thin air, I finally felt Maddox’s fingers close over mine. Once my hand was clasped firmly in his, I closed my eyes and tried to prepare myself to take the plunge—in more ways than one.

“Okay, from first position now go to second,” I instructed. My voice rose to be heard over the classical strains of Bach pumping in from the sound system overhead. Tiny dancers outfitted in an array of colorful leotards squirmed and giggled rather than assuming the correct positions. Glancing at the clock, I blew a few errant strands of dark hair out of my eyes that had escaped my tight bun. With only five minutes left before dance class was over and summer break began, I don’t know why I bothered with any instructions. Their minds were miles away. “Girls, are any of you listening to me?”

“Good. Then go ahead and pack up early. Then you can free dance the last few minutes.”

Ear piercing squeals of delight went up over the room. There was nothing they loved more than being able to goof around in front of the mirrors at the end of the day. I couldn’t help grinning at their enthusiasm.

It was t-minus five minutes before I would begin the same summer ritual I’d had my entire life. I would be abandoning the comforts of home in Marietta—a suburb of Atlanta—for the wilds of the North Georgia Mountains. I’d be trading my college textbooks, along with my tutus, for extreme family time and my summer job at Maudie’s Mountain Orchard and Brewery.

Once the last girl had given me a hug and I’d collected quite a few end-of-the-year presents from the parents, I slipped into the bathroom to change out of my black leotard and wrap skirt and into some shorts. As I slid my folded clothes into my bag, my phone chirped with a text. “Dad,” I murmured without even glancing at the screen. Although my twentieth birthday was only a few days away, my overprotective parents had a hard time believing I wasn’t their little girl anymore. Instead of driving myself out-of-town, they were picking me up. They claimed it made better financial sense for me to ride with one of them since we had two cars at our summer home, but I knew better. It was more about them still wanting to be smothering, over-protective parents.

Tossing my bag over my shoulder, I grabbed my packages and gave my studio one final glance before heading outside. Dad’s fire engine red Volvo convertible sat at the curb. “Hey baby girl.”

He hopped out of the front seat to help load my gifts and bag into the trunk. “Looks like you racked up again today,” he mused.

I grinned. “I think so. I have enough Starbucks cards to get me through the summer.”

“And thankfully Ellijay has become even more civilized by building one.”

As I buckled up, Dad said, “Mom’s just gotten on the interstate, so she won’t be too much ahead of us.”

Dad’s phone rang then, and we both spent the next thirty minutes wrapped up in our individual social media. When he finally hung up the phone, he glanced over at me with a grin. “Ah, smell that beautiful smog free oxygen.” He inhaled sharply, gulping in air like a drowning man who had just broken the surface of water. He probably would have done something truly mortifying like sticking his head out the window like a dog, but it was kinda pointless to do that in the convertible.

“Yeah, it’s totally awesome, Dad,” I mumbled in response, never taking my eyes off my iPhone. My fingers flew furiously over the keyboard as I was using the last precious moments before the service got spotty the further we traveled into the mountains. I promised friends I’d Facetime and text with them and maybe even make it back to the city a few times before August rolled around.

“Bet you can’t wait to get that city grit outta your hair and pump some fresh mountain air into your lungs?”

I inwardly groaned at his over the top enthusiasm. But when Dad threw a glance over at me, I plastered on my most sincere smile. “Sure.”

He usually wasn’t such a goofball when we were back home in Marietta. But something always happened to him that first day we packed up the car and headed out of town. I guess you could say the mountains were my dad’s muse—the place where he penned the crime novels he was famous for.

Charms for the Easy Life by Kaye Gibbons
Sketcher in the Rye: by Sharon Pape
Three Seconds by Anders Roslund, Borge Hellstrom
Holly's Wishes by Karen Pokras
An Endowed Valentine by Tianna Xander
Words of Seduction by Dara Girard
A Star Shall Fall by Marie Brennan
With His Ring (Brides of Bath Book 2) by Cheryl Bolen
The Raider by Jude Deveraux
An Autobiography of Jack London by Jack London
Our partner