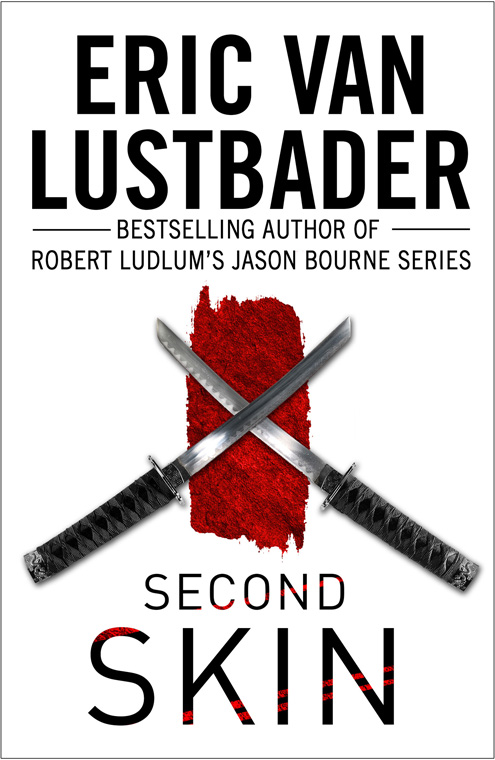 Grateful acknowledgment is made to:

Frank Capone, for insight and research into Ozone Park and East New York

Virgil England, for the design of Mick’s push dagger

Jim Schmidt, for his scholarly treatise on Damascus steel

Until the day of his death,
no man can be sure
of his courage.

Time is a storm in which we are all lost.

‘What is it that you’ve always wanted?’

Mick Leonforte stared across the table at the tall, elegant woman who sat unmoving as she slowly smoked a thin, black cigar. Giai Kurtz was Vietnamese, a daughter of one of Saigon’s elite families. She was married, of course, but that was part of the kick. Alone and unattached, she would not have seemed nearly as desirable. She was also the kind of woman Mick had wanted to be with since he had come to Asia more than twenty years ago. Even before that, if he were to be perfectly honest with himself.

Staring at the jewel-shaped face with its high cheekbones, unblemished skin the lush color of teak, the heavy cascade of blue-black hair, he understood that this exquisite creature – or someone very much like her – had inhabited his dreams before he had ever known the first thing about Asia. It was no wonder that having come in-country for the war, he had never returned home. Vietnam
was
his home.

‘Tell me,’ he said with the hint of a smile at the corners of his mouth. ‘Tell me and it’s yours.’

The woman smoked her cigar, letting the gray-brown smoke drift languidly from her partly opened lips, and if one was not as well versed in the peoples of Southeast Asia as Mick was, one could easily miss the metallic glitter of fear far back in her depthless eyes.

‘You know what I want,’ she said at last.

‘Anything,’ Mick said. ‘Anything but that.’

They were in the rearmost booth of Pull Marine, a chic French restaurant that Mick had bankrolled in the posh Roppongi district. It was one of many burgeoning businesses throughout Asia – legitimate and otherwise – that he controlled. Mick was involved in numerous such ventures that he had kept secret from his late, unlamented partner, Rock.

No,
he thought,
that is what I want. At least what I want you to feel.

In the opposite corner from where Mick and Giai sat, a rail-thin Vietnamese woman warbled the songs of Jacques Brel, filled with melancholy and the black sails of death. She expressed Brel’s profound sadness like the wounds of war; the room was burnished as much by her serpentine voice as it was by the low, artful lighting.

‘You know what I mean. I want us to be together always.’

‘But I won’t be here,’ he said with deliberate emphasis on each word, ‘always.’

The chanteuse was accompanied by a guitarist and a synth player who made his instrument sound, at times, like a cathedral organ. This churchlike overtone caused Mick to remember the many stories of Joan of Arc his father had told him. Apocryphal or not, they stayed with the young Mick, perhaps because they were so much a part of his father’s worldview; saints as warriors for righteous causes had been a major theme in Johnny Leonforte’s subconscious.

‘Then I will go with you wherever you go.’ She sucked on her cigar. ‘That’s what I want.”

Mick stared into her dark eyes for a long time, calculating. ‘All right,’ he said at length, as she smiled, smoke escaping from between her ripe lips.

The restaurant was a piece of Saigon reproduced whole-cloth in Tokyo, a reflection of Saigon’s deliberate air of change and newfound prosperity. Gold-leaf walls gleamed and sparked, a black marble floor reflected the midnight-blue domed ceiling. The candles on the tables gave off the faint incense of a temple’s interior. Bathed in the cool bluish wash of spotlights, a highly stylized mask fashioned out of crimson lacquer from a traditional Vietnamese design dominated one wall.

Smartly dressed waiters were overseen by Honniko, a spectacular bare-shouldered blonde in a golden velvet bustier and form-fitting raw-silk skirt that came down to just above her ankles. She spoke perfect French and Japanese. She also spoke Vietnamese, and her air of authority was absolute. Normally, at this time of night, one would have been impressed by her genuine warmth in greeting patrons and adeptly steering them to their candlelit tables, but tonight she stood immobile behind her bronze podium, gazing slit-eyed at the chanteuse. In truth, she had nothing else to do, since the couple in the far corner were her only customers. Behind her, the front door to the second-floor restaurant was locked, its lace curtains pulled tautly over the narrow cut-glass panes. Through the glass bubble of the terrace, the brilliant Roppongi night glittered like a shower of diadems.

A waiter, his face as cool and detached as a doctor’s, brought plates of fish
en cro
û
te
and whole unshelled tiger prawns in a delicate garlic and cream sauce.

Without a word, Mick reached for his fork while Giai continued to draw on her cigar. ‘I wonder if you mean it,’ she said.

He began to eat with the relish of a man too long deprived of decent food. Giai watched him while two long fingernails lacquered the same color as the walls flicked against each other.
Click-click. Click-click.
Like beetles doing battle with a window screen.

‘Eat. Aren’t you hungry?’ Mick asked, though from his tone he seemed indifferent as to whether or not she would answer. ‘Personally, I’m starving.’

‘Yes,’ she said at last. ‘I’m well aware of your appetites.’ She regarded him with the scrutiny of an angel or a devil. She saw a man with a rugged, charismatic face fronted by a prominent Roman nose and odd gray and orange eyes that gave him a fierce and feral aspect. His salt-and-pepper hair was long and he wore a neatly cropped beard. It was a face born to give orders, the face of a man who harbored radical philosophies and dark secrets in equal number, whose personal worldview was iconoclastic and unshakable.

‘Where is it?’ she asked in a voice that with considerable effort managed to remain calm. ‘Show it to me.’

Of course he knew what she meant. ‘How do you know I have it with me?’ He popped the head of a prawn between his lips and crunched down on it.

‘I know you.’ She made to light another cigar, but he put his hand over hers, took it away. Momentarily startled, her eyes locked with his and something akin to a shudder could just be discerned in her shoulders. She nodded briefly, took up her fork, and obediently began to eat. But there was no gusto in her movements, merely a mechanical tempo. Mick thought it a shame she was so careful; he could not see the motion of her even, white teeth.

He found he very much needed to see those teeth, and he brought out from beneath the table the push dagger, holding it obliquely in the air so that the candlelight sent long glistening flashes along the black length of its Damascus-steel blade.

Giai was transfixed, her hand pausing in midair, flaky strata of fish sliding between the slick tines of her fork. Her nostrils flared like an animal scenting the fresh spoor of its prey.

‘Is that it?’ But of course she knew that it was. It was an odd-looking weapon, a bronze shield sculpted into the shape of a lotus leaf covering the top of his fist, a vertical bar attached to its underside from which the grip was formed, and two narrow, wicked blades seeming to bloom from the middle fingers of his fist.

‘Wiped carefully clean.’ He waggled the blades before her gaze. ‘Dipped in a bottle of Château Talbot’70, his favorite wine and vintage. Fitting, don’t you think?’

She shivered, her shoulders convulsing once and then again, but her face showed no distaste. On the contrary, her eyes were shining and her lips were still apart.

‘Yes,’ she said softly, though what question she was answering was a mystery. ‘We drank a bottle last night. He toasted our fifth anniversary by licking the first sip out of my navel. I lay on the carpet willing myself not to vomit. I wound my fingers through his hair, in passion, he thought. And all the while I was thinking…’

Her gaze left the push dagger to settle on Mick with the kind of shocking intimacy that comes only during sex. ‘I was thinking it was his heart I had squeezed between my hands.’

‘He was a bastard, no doubt about it,’ Mick agreed. ‘He tried to fuck me over in the TransRim CyberNet deal. He thought he’d been clever enough to hide behind a phalanx of front men and lawyers, but all of them owe me or are terrified of me and they gave him up, willingly I might add, almost gleeful in their relief.’ He shrugged. ‘But that’s the way Saigon is: influence, contacts, money – they’re all you need there, but they’re the most difficult to obtain.’ He turned his fist over, slammed the points of the double blades into the tabletop. Neither the chanteuse nor the maître d’ missed a beat. ‘You’ve got to spill blood – more than a little, eh, Giai? – to get what you want. That’s Asia. Life is cheaper than a kilo of rice, isn’t that what you drank in with your mother’s milk?’

Giai’s eyes clung to the quivering push dagger as if it were a puff adder about to strike. It was impossible to tell from her face whether she despised or coveted its absolute power. Her cheeks were flushed and a thin sheen of perspiration was on her upper lip.

‘You killed him yourself, didn’t you?’

He regarded her for some time. ‘Astonishing. I think you really believe that. But here’s the truth. You sit on the sidelines, open your legs, and let your sex give the orders, pretending it has a mind of its own, as if you are not accountable for those decisions of life – and of death.’