Read Secret Of the Sighing Mountains (The Quest Trilogy) Online

Secret Of the Sighing Mountains (The Quest Trilogy) 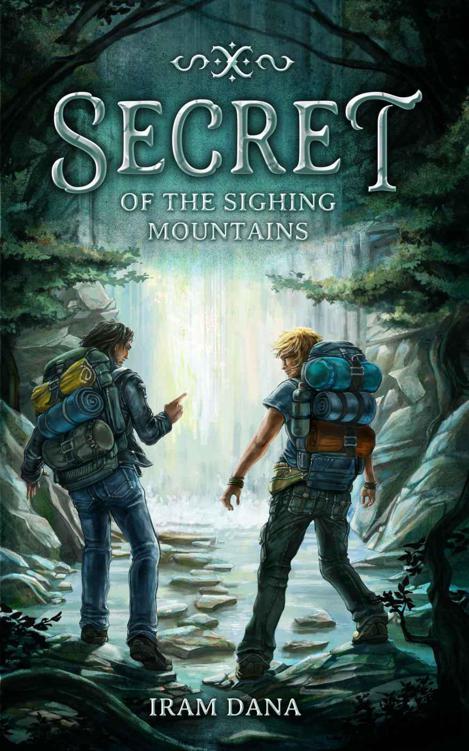 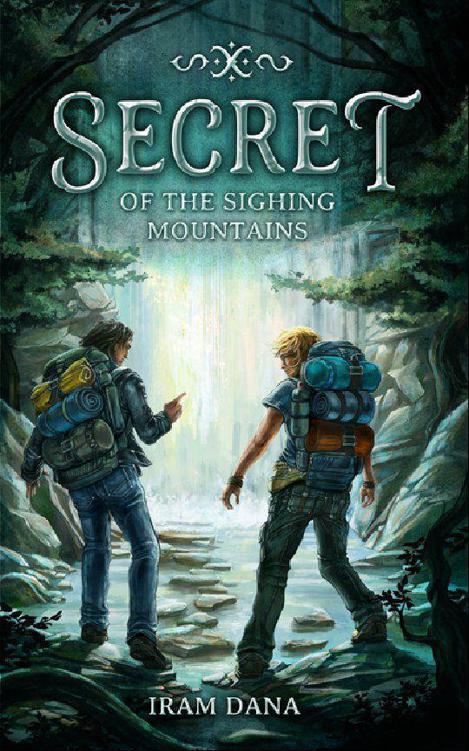 Dedicated to life – The inspiration behind every story.

A big thank you to my friend and cover artist Keja Blank for her valuable contribution to this book, both on the outside and the inside. Only you could capture the essence of the story in one picture.

“Take … care...” Rayva pleaded, blindly clawing at her husband’s shirt front. She took a labored breath and was instantly seized by yet another fit of racking coughs.

“At least name them before you go. Let that be your gift to them for twenty one years of their life.” cried Stal.

Rayva turned to look at the two boys she had given birth to only days ago. They were in their cot now, bawling their eyes out. Almost as if they were aware that their time with their mother was precious little and that, too, was fast slipping away.

“The younger one … Sierra. And the older one … Diego.” she said between short breaths as tears filled her eyes.

“Yes, they’re beautiful names. I’m sure the twins will love them.” said Stal, no longer able to check the flow of his own tears. He was done being brave.

And then she was still.

Stal held her body in his arms for hours, until he had cried out all of his tears. He then went out and buried his wife next to the spot marked as his own future gravesite. He heaved the last shovel of dirt over her grave and then planted a rose sapling on top of it.

“Roses were your favorite weren’t they, my beautiful...?” he whispered, crouching next to the sapling.

He lifted two fingers to his lips and then touched them to her grave.

“Always have, always will.” he promised softly.

Sierra watched the broad back of his brother leaning casually against the fence surrounding the parking lot of the Bishop High School for Girls. Beyond the fence, cars were parked in neat rows. As he neared the school building, he could hear the bell indicating the end of school hours ringing. He grinned. Right on time.

The two of them met here at this time every Friday to ogle the girls when they exited the school building and to try and snare one as a date for the evening. It was a dare that they had posed to each other every Friday for the past year, just for kicks. The girls of this school were famous for being rich, haughty and aloof. Snagging one as a date made for a good boost to their social status. But it had to be a different girl every Friday or you lost the challenge. ‘Date Hunting’ was what they called it.

Once at the school grounds, Sierra would stand outside the fence and wait for the bell while Diego would jump in and stand on the inside- always on the inside- because if there was a rule, then Diego had to break it at least once.  Sometimes they were shooed away and at other times, welcomed by the more daring of the girls. But they never failed to get their Friday dates and this, they prided themselves in.

Both brothers had grown up to be healthy, strapping young men. Diego, at six feet, was about an inch taller than his younger brother.

Sierra was the more laidback of the two and could be depended upon to be chasing ten ‘laydeez’ at any given time. Diego was the quiet one who liked speaking more with his fists and less with his mouth. Diego never chased girls. They chased him.

Both brothers had only one feature in common – their eyes; a light brown colour with flecks of jade green, surrounded by a dark brown rim.

As Sierra stood there, facing his brother’s bare back, he wondered how much time it would take Diego to jump the fence and come after him if he landed a swift kick on his unsuspecting behind right now.

“How’d you know I was behind?!” exclaimed Sierra, coming to stand next to his brother.

“Hmm…At least you admit you’re a creepy-crawly that old ladies daintily swat with their newspapers.” said Sierra, batting his eyelashes for effect and making a delicate swatting motion.

“I told you, if you want to sneak up on me, don’t stomp around like an elephant. Better yet, try dropping suddenly out of the sky.”

Chewing carelessly on a twig he flicked his dark hair back, put on his sunglasses, and turned his back to the sulking face of his brother. Sierra screwed his nose up at the back of his brother’s dark head. Diego knew he had movie star good looks and he
so
took advantage of that. According to him, modesty was for girls.

“So, who’d you choose to be your unlucky date tonight?” Sierra asked, putting his own sunglasses on and leaning on the fence close to Diego, scanning the faces around them. If they were dressing up for the
laydeez
, well then, he wasn’t one to be left behind.

“Speak for yourself, doofus.” said Diego, “No girl’s going to want to go out with a guy who has such a wild swagger that his hips are in danger of dislocating.”

There might have been a grain of truth in that statement, because Sierra’s walk bordered on a strut on most days. But still, who was going to accept that quietly?

“Oh, really!” snorted Sierra.” What do you suggest I do? Slink around like a shadow plastered to walls, all bent and hunched, the way you do?”

Diego tried not to react to that. He had a quiet, graceful, masculine walk no matter what Sierra said. A brooding stance, yes, maybe sometimes … but what was wrong with that?

“Besides, laydeez dig blonde haired guys” smirked Sierra. “I got props on you there, bro. You’re just a common ol’ blackhead.”

Diego had his mother’s raven black hair, which he kept hanging longer in the front and shorter at the back. He felt it made him look sinister and he quite liked the thought of that. Sierra was a blonde, just like Stal. He liked to wear his hair in the not-so-casual rumpled look he called a ‘bedhead’.

“I could give you an eye as black as the color of my hair, sunspot. Interested?” asked Diego.

“Then shut the hell up.”

Sierra did. For two seconds. He was about to open his mouth to speak again when he caught a tall blonde checking him out and automatically swept his hands through his hair. Her gaze met his and one side of his lips cocked up into a half smile and he winked at her. She looked down, smiled and shook her head, and then turned to chat with some of her friends.

Diego, who had watched the entire exchange, turned to scan his brother with a skeptical look.

Sierra glared at his brother’s smug face which suddenly appeared in dire need of rearranging.

“I felt hot today so I decided to chuck it.”

“Sure.” said Diego, not sounding convinced at all.

The weather in the town of Arrow Woods was usually warm and balmy, so the brothers roamed about only in their Levi’s. It was January now and quite cold, but it didn’t bother either of them. Diego being Diego, refused to wear a shirt even now. Sierra obliged his worried father by wearing a vest now and then but that, too, he would rip in places to keep it looking cool. Today he had decided to come without it. He was warm blooded enough not to notice any changes in the temperature, especially around a school full of pretty young girls.

A girl wearing super-tight jeans and a super-tight top walked past them, and both let out an appreciative whistle. She pretended not to hear and walked past them with a toss of her hair and their faces broke out into grins. They then turned their collective attentions to two girls making their way to a car parked right in front of them. One of the girls wore jeans and a tube-top that didn’t quite fit, while the other had dyed her hair bright blue and was wearing a sweater and hot looking mini-skirt.

Nice, thought Sierra, eyeing the girl in the tube-top.  The girl in the mini-skirt reached down to remove an invisible speck of dirt from her shoes, bending lower than necessary. This earned her a hoot from Sierra while Diego just smiled mysteriously.

Sierra looked at Diego, remembering then that he was supposed to be irritating him for no particular reason. As the younger twin, it was his job, he felt.

“Is it the twenty-seventh of January already, Shorty? Well, Happy Eighteenth, Si.”

“Who’s the Shorty, Stinky?” retorted Sierra, “And you didn’t answer my question. I said, where. is.my.gift?”

“Stop getting all weepy on me, will you? I don’t have any. Besides, it’s not like you got anything for me.”

Knowing he now had Diego’s full attention, Sierra paused for effect before going on; “You may consider the fact that I let you be born five minutes ahead of me as my gift to you, brother.”

Sierra’s magnanimous gesture was rewarded with a thwack on the back of his head.

He was about to launch into another line of offense when he noticed that Diego’s attentions were focused on a pretty brunette whose books had just slipped from her hand. She bent down looking all flustered as she tried to collect the fallen books, while frantically pulling in loose sheets of paper flying all around her.

Diego didn’t make any move to go to her aid. He just stood there staring, waiting for a sign from her. She looked up then, caught him watching, and with a sheepish smile mouthed the word, ‘help?’

That was his cue.

Just as Diego leaned off the fence to make his way forward Sierra spoke in a voice loud enough to carry to her;