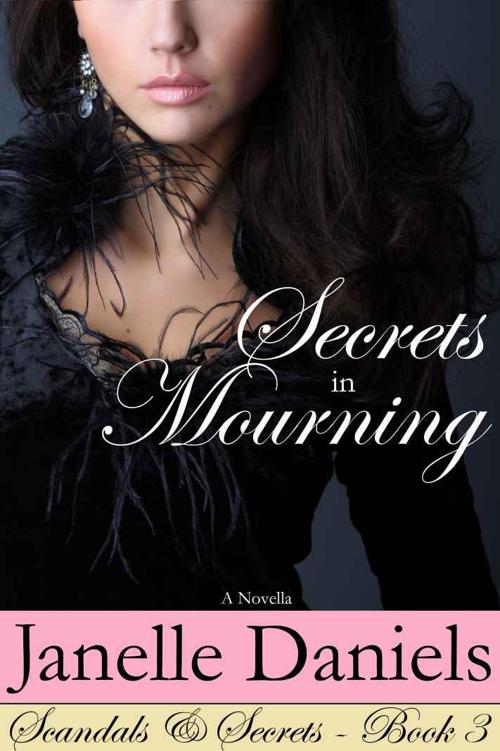 This is a work of fiction. Names, characters, places, and incidents either are products of the author's imagination or are used fictitiously. Any resemblance to actual events or locales or persons, living or dead, is entirely coincidental.

The wedding breakfast would have been a success if the groom hadn’t slumped over and died.

The bride, the former Lady Victoria Haveston, had looked all that was fashionable in her white silk and lace overlay gown, opting for smooth, clean lines instead of a ruffled mess that detracted from her generous curves. The late Duke of Norwich, spry and youthful despite his seventy-one years, exuded the grace and dignity his station required. At the table, he remained poised until the moment he slid soundlessly to the side of his chair, falling gradually to the floor as any gentleman should, instead of drowning in his bowl of spiced vegetable soup.

Victoria
sighed, calmly looking to one of the servants. “Please fetch a doctor,” she said, her voice monotonal. Only one quick look was given to the man whom she had pledged herself to a few short hours before.

That evening, already fitted in a jet gown, the cut a touch too provocative for a grieving widow, Victoria sat beside her brother, waiting for the Duke’s solicitor to arrive for the reading of the will.

“Are you feeling well?” her brother, Derek Haveston, Viscount Lawrence, asked her quietly.

She shrugged her delicate shoulders, causing the bunch of midnight curls caressing her neck to bounce with the movement. “Of course, Derek. It’s not as if I actually grieve for the poor man.”

“He was your husband, Victoria. If only for a few hours,” he scolded softly. His deep blue eyes, the same shade as her own, bore into hers.

“A few hours too long in my opinion. I should have never agreed to marry him. A fact which I would have changed if possible,” she reminded him.

“Yes, well, try to make the pretense. He was a good man that had lived a full life.”

She acknowledged her brother’s words with a curt nod. She wasn’t completely unfeeling.

The old Duke had been a gentleman to her, assuring her that he would not take any liberties until she was ready. Just the thought of it made her cringe.

But he had never been unkind to her. He had allowed her to continue on, flirting and attracting the attention of other men, regardless of their engagement. He hadn’t been under the illusion that she loved him, and he hadn’t been in love with her. He was lonely, he had told her. He wanted the companionship of a beautiful woman, and was happy to make her a duchess in return for that service.

Heart tugging in her chest, she tried to force the feeling away. She could have been more attentive to him during their engagement, but once she had realized her mistake in accepting his proposal, she had tried to run away from it all, escape for just a bit before her fate was sealed in wedlock.

She hadn’t known how long her life would be tied to his, but never in her imagination did she envision that it would be for less than a day.

And now here she was, dressed in black, a widow, waiting to hear what the departed Duke had left her.

“I apologize for my tardiness.” An older man dressed in a black suit and wilting cravat entered, sifting through a stack of papers in his hand. “I am Mr. Beckett, the late Duke’s solicitor.”

“Thank you for coming.” Her brother stood and shook the man’s free hand, clearly surprising the public servant. It wasn’t often that a member of the peerage stooped down to his level.

“Yes, well, it is a duty that must be done.” The balding man turned his attention to
Victoria
. “Let me offer my condolences. He was a great man.”

“Thank you.”
Victoria
nodded in agreement, suddenly wishing she knew a bit more about the Duke’s life.

“Why don’t we begin? I have already read the will to his son, the new Duke of Norwich, so he will not be joining us this evening.”

Trying to sit patiently,
Victoria
smiled agreeably, wanting this duty over with. She couldn’t imagine there would be much regarding her in the document.

Seeing the man settle in for a long reading,
Victoria
held up her hand, hoping to avoid hours of wasted time.

“Please, Mr. Beckett, if you wouldn’t mind, just read any part of the will that involves me. My brother would be happy to look over a copy of the document in its entirety later.” Glancing to her brother, he nodded in agreement.

“If you wish. This will was drawn up more than five years ago, and no revisions have been made since then.”

Victoria
bowed her head. It really wasn’t anything less than what she expected. “I see. Well, I appreciate your time, Mr. Beckett.”
Victoria
made to stand before the man’s words stopped her.

“Please, if I might have another moment.” Rearranging her skirts, she waved her hand for him to continue. “While you aren’t listed in his will by name, he did made arrangements for any wife he may have at the time of his death.”

Victoria
paused. Was it possible that he had bequeathed something to her?

“He has left you with an inheritance of thirty thousand pounds, pending some conditions.”

“Thirty thousand pounds?” her brother asked, his head cocked to the side. “Such a large sum?”

Mr. Beckett nodded, the extra skin on his face jiggling. “Yes. The Duke was a very wealthy man and erred on the generous side.”

“I would say so,”
Victoria
whispered. Thirty thousand pounds. The freedom that that amount of money could give her would change her life. She could do anything she wanted, never would have to answer to anyone again. Not even a husband. “Was his son not upset by this section of his father’s will?”
Victoria
looked to the solicitor.

He nodded hesitantly. “He was quite upset upon hearing the sum, but he has been left with much more and has contented himself with the title and property he received. I have also assured him that the document is binding and cannot be undone.”

There would be no challenge to it. The money was hers. Excitement surged through her body in waves.

“You said there were stipulations to the inheritance,” her brother prodded the man.

“Yes,” he glanced uneasily at
Victoria
and she felt her stomach drop. “To be eligible to receive the endowment, you must spend your time in mourning with his sister, Lady Evelyn, the Dowager Countess of Lynfield at her residence in Scotland and—”

“What?”
Victoria
jumped to her feet. “
Scotland
? You can’t be serious!”

“
Victoria
, sit down,” her brother urged her back into her chair. “Listen to what other conditions there are.”

Her lips pursed. It took every ounce of her willpower to keep silent.

Clearing his throat, he glanced at her one last time as if he was worried she would attack him. “For the duration of the mourning period, you will help his sister in any way she needs to get through this difficult time. He hoped that with the presence of his wife, his sister would not feel as lonely.”

“Is that everything?” her brother asked.

“Yes. If Her Grace fulfills the requirements he has set forth, the fortune of thirty thousand pounds will be hers.”

Her brother nodded. “When would she need to leave?”

“Within the week. She is meant to spend as much time there as possible.”

Victoria
shook her head adamantly. “Absolutely not! I can’t go live away in
Scotland
for a year. I might as well be in confinement.”

“That is your choice, Your Grace. However, if you choose not to follow his wishes, the entire inheritance will be forfeit.”

Interceding quickly, her brother gave her a look that would have held the Devil himself silent. “Thank you for your time, Mr. Beckett. We will be in touch with any other questions.” Her brother stood, giving his goodbyes.

“Where in
Scotland
is the estate?” she whispered the question.

“It is in the south, close to the border. The Dowager Countess is residing with her son, the Earl of Lynfield, at Lynfield Hall.” With that, the man nodded, showing himself out.

Her brother closed the door and turned toward her, his muscular frame leaning against the molding. “I don’t believe for a moment that you will let a year in Scotland stop you from claiming that fortune. Only a fool would.”

“I was only married to the man for a few hours. How could he expect me to travel all the way to
Scotland
and live with people I’ve never met? I didn’t even know him for heaven’s sake. How would I go about giving comfort to the woman?” She pushed up out of her chair, pacing in frustration.

She rounded to face him. “How can you be so calm? Are you truly that happy to see me gone? Have I been so burdensome to you since Father’s death?” she asked, knowing it would provoke him. Eyes narrowing, his raven brows slashed menacingly over the startling blue. Good, at least she wasn’t the only one upset now.

“Stop with the games, Victoria. You and I both know you are going. You might as well resign yourself to the year ahead of you. Think of it, in one year of comforting an old woman, you will have obtained security for the rest of your life.”

“I don’t think you will have any trouble wrapping the men there around your little finger.”

The comment brought a slight curve to her lips. “I have no doubt.” She turned fully toward him, unconsciously making herself vulnerable. “I know it would be foolish to turn down such an opportunity…” she trailed off, lost in thought. “What if I go mad?”

3 Sides to a Circle by Perry, Jolene, Watts, Janna
Paint Your Dragon by Tom Holt
The Deepest Cut by Dianne Emley
B00CGOH3US EBOK by Dillon, Lori
Summer Shadows by Killarney Traynor
Tender Trust by Tanya Stowe
Out of the Blue: A Pengram Mystery by Scarlett Castrilli
Weedflower by Cynthia Kadohata
Breath of Memory by Ophelia Bell
Not That I Care by Rachel Vail
Our partner