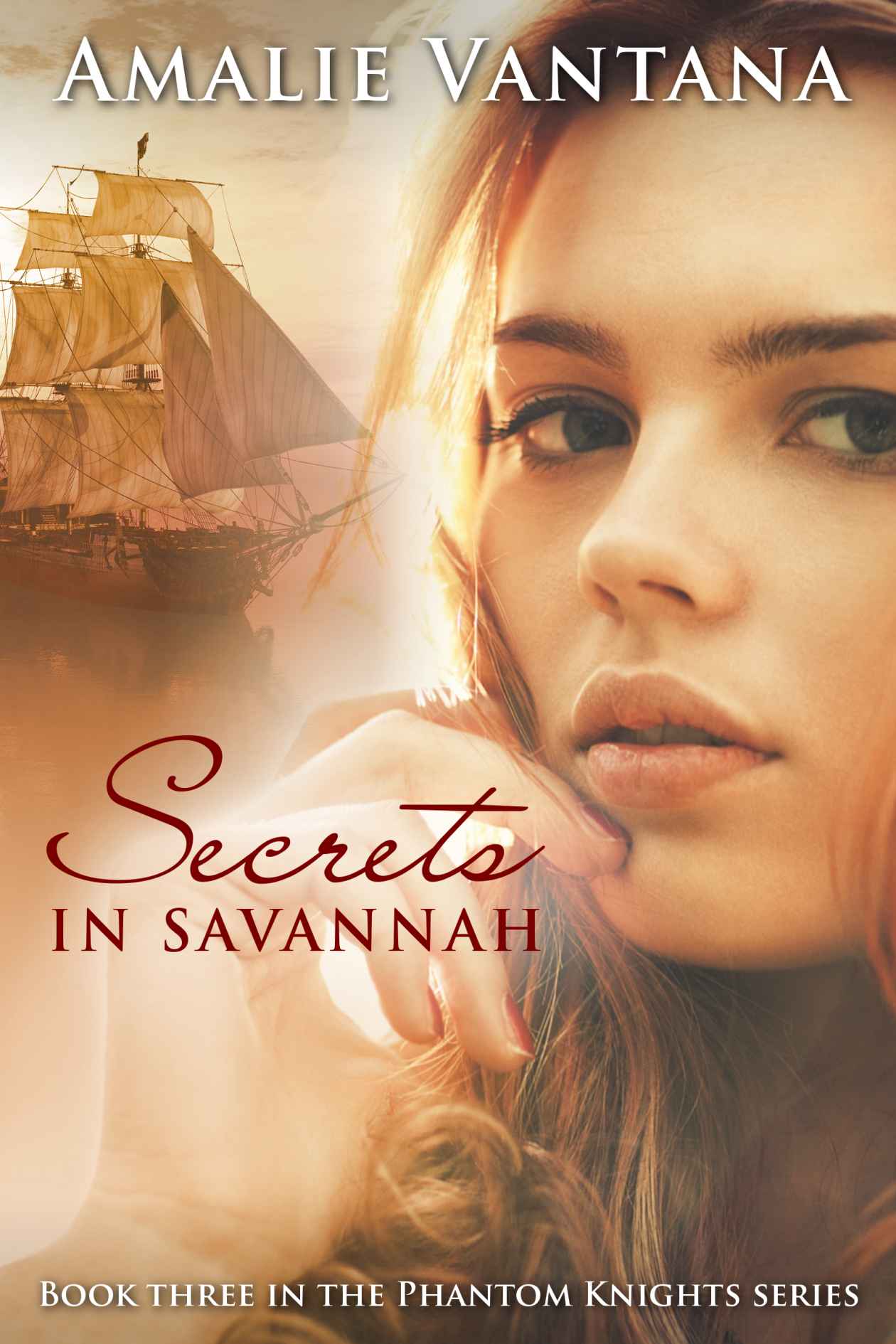 All Rights Reserved. No part of this
publication may be reproduced or transmitted for commercial purposes, except
for brief quotation in printed reviews, without written permission of the
publisher.

This book is a work of fiction. Names,
characters, places, and incidents are either products of the author’s
imagination or used fictitiously. Any similarity to actual people, organizations,
and/or events is purely coincidental.

Princess of my heart

S
ecrets have the power to destroy our world and the
power to save it. Secrets can be the key to success, or the guillotine of
failure, it all depends upon choices.

Had I known that by choosing to
marry Jack Martin I was sentencing him to death, I would have made a different
choice...

Gazing over the water at the
bottom of the hill, it rippled and fluttered in the two wing shaped ponds,
matching the fluttering in my body. My thoughts were nearly spiraling out of my
control as they circled around one question. Was I making a mistake?

My heart cried no, but over the
past eight years I had learned not to listen to my heart, but to my guilt. My
heart would lead me astray, but my guilt kept me on course. So it was with a
mixture of foreboding and relief that I faced the only one of my heart’s
desires that I had ever given in to.

His marvelous blue eyes widened,
but the love in his gaze filled me with assurance. We were doing right.

Lifting my hand as a signal,
Reverend Gideon Reid approached us. Jack turned to his friend and mentor; his
look incredulous. Gideon smiled like a fond father, and in many ways he had
been a father to Jack since his own had died three years ago.

Jack took my hands in his, and
our eyes met.  When we had first met in Philadelphia, I had thought him
handsome, but I knew to look beyond appearances. What I found when I delved
into the secrets that made up Jack Martin was a man of honor, determination,
and passion, and he loved me. What we were doing would have repercussions, but
together we could face anything.

As Gideon opened his book and
thumbed through the pages, Jack’s gaze went a little wide, as if finally
realizing what we were doing. I pressed his hands, assuring him with my touch
that all would be well.

We were at a plantation outside
of Charleston, and I had chosen the location to meet with Jack due to its
privacy and the beauty of the surrounding grounds. It was on a small hillside
just as I had once told Jack that I wanted if ever I was to marry.

After hours of pouring my heart
out to Gideon, he convinced me that it was not a sin to accept what my heart
wanted. It did not make me a weak person to give in to a desire when that
desire was to love. Jack would never betray me, and if I allowed him to share
in my secrets, he would help me to conquer the beasts of my past. After eight
years, I was prepared to let someone into my heart; I was willing to trust.

“One moment, if you please,” said
a voice that caused fear to slam into my chest, freezing my blood into shards
of ice.

A tornado of terror sucked me in
its grip, and I felt myself shrinking in, my body trying to escape from the
vicinity of that speaker. How he had found me, I did not know, but after eight
years of running, my past had caught up to me in the worst way.

My eyes remained on Jack as my
body began to tremble, my teeth audibly clicking together. Jack shoved me
behind him, facing the man whom I detested almost more than anyone else. Lucas
Marx, though that was not his true name.

Men ran around the plantation
house and flanked Lucas. Fifteen royal guards all wearing the serpent ring on
their right hand. Loyalists to the man that I loathed more than Lucas.

“You thought you could escape
me,” Lucas said to me.

My body shrank a little more. His
discovering my identity meant that it was only a matter of time before the man
that he served arrived and forced me into a fate worse than death.

Gideon stepped around us, and I
wanted to pull him back, but my body would not move. “Sir, I will have you know
that this is a private affair.”

“You are the priest, yes?” Lucas
asked, and Gideon gave a short nod. Lucas turned to the men surrounding him and
said, “Gem den
præst
.”
Save the priest.
Relief was in my mind until Lucas looked at Jack and
said, “
Skyde
den
anden
.”

“No!” I screamed as I stepped
around Jack. He reached out for me, but I kept away from his hand. Shielding
Jack with my body, I tried to bargain with Lucas. “I will go with you, but you
must spare his life.”

“No,” Jack said with vehemence as
he moved toward me, but Gideon grabbed his coat and held him back.

As Lucas smirked at me, the same
loathing I felt for him was reflected in his eyes. “Love? You disappoint me.”

Lucas snapped his fingers, and
six guards moved toward me. My heart kicked in response, but I was prepared for
this; had been training for seven years for this moment. I pulled my dagger
from beneath my cloak and swung at the first man who reached me. Red appeared
on his arm where my blade slashed him, and the second guard received a graze
across the back of his hand.

Two guards charged me together.
My blade cut through the coat of one, but the other got a hand on my arm.
Breathing in and then out, I allowed everything to fade from my mind but what
was facing me. I was devoid of weighty emotion. I was wind; I was fire, and I
would win. Nothing mattered but the moment and the men before me.

Throwing my hand toward his face,
he grabbed my wrist as the tip of my blade was an inch away from his eye. As he
forced my hand down, I stomped on his foot with the heel of my boot, and as he
released me, I threw my elbow into the man who got behind me. For a second, I
caught sight of Jack as he slammed his opponent on the ground. Gideon fired two
pistols; the first shot hit a man who was running toward me, and the second
flew toward Lucas. One of the guards jumped before Lucas, taking the shot in
his shoulder. A guard beside Lucas raised a gun, pointing it at Gideon, and I
leapt toward Gideon, my breath catching in my throat, but Lucas stayed his hand
by shouting.

“No! To kill a priest is to burn
in hell’s fires.” Lucas took the gun into his own hand.

My moment of distraction cost me
as five men circled me.

They knew better than to take me
on one by one, instead choosing to inch their way toward me together. A choice
had to be made, which man deserved my attack first?

Choosing one, I kicked him
between his legs while stabbing the man beside him in the shoulder. That was as
much as I accomplished before the others captured my arms and wrenched the
dagger from my grip. My determination mixed with fear to create a delirium
within me. They threw my dagger away from me, but I would never give up.

Throwing my head against the man
closest to me, it hit his chin. I twisted to my side and kicked out while jerking
the men attached to my arms around. More guards surrounded us to help restrain
me, and when they fell against me, my heart ached, for I knew I was caught.

When my gaze rested upon Jack, a
fiery ache took hold of my stomach, for he, too, was being held, as was Gideon.
Jack’s focus was on Lucas as Lucas took two steps toward Jack. He was still ten
feet away, never one to engage in a fight, but he knew that he had won the
battle.

My tremors returned as sweat
built on my brow and in my palms. I could not allow Lucas to win. Twisting my
body, I set to thrashing against my guards.

“Enough!” Lucas shouted, and my
desperate movements halted. Lucas was pointing a pistol at Jack.

Jack’s gaze shifted to me and
held. I bit my lip as tears began to fall from my eyes. Jack and I both knew
what was about to happen, and I was helpless to stop it. His gaze was full of
sorrow and love, and the resignation in his eyes broke my heart into pieces.

Jack’s chest jerked back. Crimson
spread across his chest with alarming rapidity. The pain that took hold of my
body was the same, yet worse than when my parents were murdered before my eyes.
My mouth was screaming, but my ears were ringing too loud to hear what I was
saying. The guards holding Jack released him and he dropped to his knees, and
then forward, but Gideon had caught him before he hit the ground. Gideon’s
mouth was moving as he held Jack against him.

Four of the seven guards
surrounding me lifted me. My body became a battlefield of fire and ice, both
fighting for supremacy. The fire lit my rage, and the ice froze my conscience.

Screaming, I threw myself against
them. Clawing at the nearest hand, I got my mouth on it and bit as hard as I
could. He screamed and dropped his hold on my right arm. Twisting my body, I
threw my fist at the man holding my left arm. The punch struck his throat. He
released his hold, and my upper body fell to the ground. Pain burst through my
shoulders, but I knew I had a few seconds only. There was no time for pain.

Men were shouting as they
surrounded me. Tears were clouding my vision, but I blinked them away as I
fought for a view of Jack.

Guards surrounded me, but I saw
him. He was on the ground, laying against Gideon, his eyes open, but not
blinking. Gideon had tears in his own eyes as he met my gaze, and shook his
head.

All senses revolted. Growling and
then screaming, I pulled against my captors that were picking me up, and got
one hand free. My fist broke the nose of one of my captors; I pulled a handful
of hair from another and hit two against the jaw. They released me, and I
grabbed a dagger from a belt, twisting in a circle as I stabbed at the
remaining men standing around me. My fighting ceased when I spun, and Lucas
appeared before me, placing the barrel of a gun against my forehead. We were at
the front of the house where two carriages were waiting.

“I will destroy you! You
murdered
him, and I swear on all that is good that I will kill you!”

Lucas smiled, causing me to leap
toward him, not caring about the pistol in his hand, but a hand wrapped in my
hair from behind and pulled me back.

NAKED Cheerleader and other Stories by Kendall Swan
First Person and Other Stories by Ali Smith
Be Safe I Love You by Cara Hoffman
Heiress of Lies by Smith, Cege
Tipping the Velvet by Sarah Waters
La gran manzana by Leandro Zanoni
Stormy Weather by Paulette Jiles
Class Trip to the Cave of Doom by Kate McMullan
Pasta Imperfect by Maddy Hunter
Master of Dragons by Angela Knight
Our partner