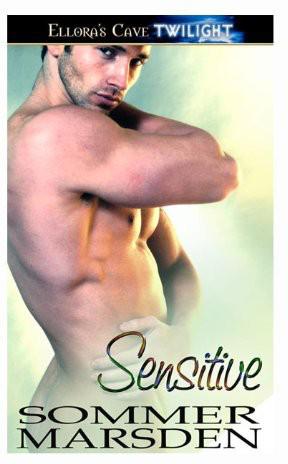 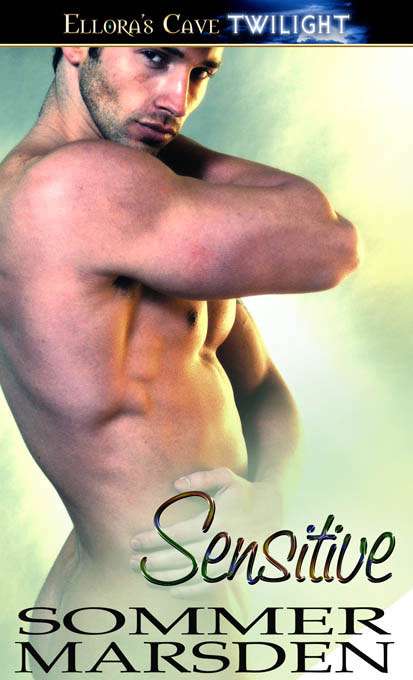 What happens when a gorgeous angel is dropped in your lap? If you’re psychic-sensitive Harper Brown, first you assume the guy’s nuts, then you realize he’s not, but you’re too busy trying to undo his belt buckle and feel his pecs to care.

Harper’s flattered. And a bit unnerved. Oh, and super turned on. With the cemetery across the street revving her psychic engine, Harper’s practically vibrating from both psychic
and
sexual energy.

She should be focusing on aiding needy spirits, but with ready-and-willing Alex by her side, Harper’s a bit distracted trying to discover just how sinful her very own heavenly creature can be.

To the man. Forever and ever. Amen.

For all the folks who listen to me spaz about my books. P.S. Haven, Alison Tyler, Scarlett Greyson, Jeremy Edwards, my twitter friends, the man (duh) and my kids—

who will not read these books for eons but who inspire me every single day.

I might as well be on my way to the guillotine as far as I was concerned. I waved to the guy backing up the moving truck. “Stop!” I yelled.

He didn’t stop. He kept coming toward the fence that separated my brand new swamp of a front yard from the small country road. The truck gave off that incessant beep, beep, beep sound that simply makes you want to bang your head against the wall until the noise stops. I’d give anything for something to bang my head against right now.

“Cease! Desist! No more!” I bellowed. I really thought that was it, but a mere inch from my rickety wooden fence he stopped. I blew out a breath and hung my head.

I swore I heard a tiny tinkling sound and figured it for wind chimes. I had moved to the country, after all, didn’t these people have a thing for wind chimes and those whatchamacallits? Windmills! Or was that the Dutch? Possibly Kansas. Who knew?

“Cutting it a bit close, yeah?” I shouted and the truck driver dropped down from the cab like a human stone.

“Lady, you have some really heavy furniture. I’d have backed this thing up to the front door if I could have.”

I grumbled, but couldn’t blame him. The furniture had been in my family forever and a day.

Handed down from generation to generation. Made from real, honest-to-goodness wood and not microfiber board stuff and whatnot.

“Well, you almost knocked my fence down,” I said.

“I wish I had,” he said and grinned at me. Wiping his brow with his cap despite the chill in the air. “Then I
could
pull up to the front door.”

I turned before I said something rude and shivered in the November wind. Autumn in the country. I should be excited. Okay, so I wasn’t
so
excited. I was reasonably excited for a woman who had let her ex-boyfriend buy her out of their fabulous remodeled city row home. I was mildly excited after weeks of plotting this move and licking my wounds and leaving Joe to the house we had spent so much time putting together.

Ruby would move in with him, Ruby would be in the house I had helped make fantastic. Ruby would sleep in the master suite with one brick wall that I had feng shuied the shit out of!

“But I am not bitter and Ruby is the devil,” I breathed. The other moving guy looked up at me, curious and maybe a tiny bit scared. “Hey, hi, how ya doing?” I mumbled and moved away from them.

Neither of them gave off a vibe, but I was picking something up. Maybe one of them had recently lost a loved one or something.

On that note, I guess I should introduce myself. My name is Harper Brown and I am a sensitive. I specialize—through no fault of my own but the cosmic roll of the dice—in dead people. Hear, see, feel, touch, converse with them. They scare the shit out of me sometimes, I pass on messages. All that good stuff. Being a sensitive is how I knew Joe was schtupping Ruby and cheating on me. His grandmother, Ida, ratted him out. From beyond the grave. Trust me, that was a message I loved passing on. It took a bit of the sting out of the whole him-banging-someone-else thing.

“Lady, can we grab some water from the sink?” The driver yelled.

“Sure, yeah. It’s fine. There’s cups in the…well, there are cups somewhere.! If you can find them, have at ’em.”

The driver tipped me a wave and disappeared back inside my new stone cottage.

My. Stone. Cottage. “Okay, so I’m somewhat excited,” I said to myself.

The same wary mover passed me and gave me a wide berth. I needed to get a dog, otherwise people were going to talk. It’s one thing to see dead people, it’s a whole other ball of wax to walk around talking to yourself all the damn time.

I have to be honest, the first thing I noticed were those eyes. Otherworldly. Truly. A blue that made me think gas flame or a neon sign. The fact that he was tall and broad with rich dark hair and a cut jaw, well, hell, that didn’t hurt so much. Since we’re being honest. He was talking to himself, too. Not in a charming way like I do it, but in a distracted way like he was having a conversation. Now, one would think I’d be fairly forgiving on that front. One would be wrong.

I watched him the way you watch a stray dog or a possibly aggressive child.

Warily. He looked up as if hearing some kind of hidden signal and his face split in a grin that could only be described as a beam. He beamed at me. “Hi, new neighbor.”

Again on the no lying front, that grin set my heart to stumbling over itself in my chest. I had a rush of heat in my cheeks that could only mean I was blushing, which usually drives me insane. This time it simply warmed me all over and a fine tremor took up in my hands. “Um, hi there. I’m Harper, your brand spanking new neighbor.”

My cheeks burned hotter.
Why
? Why had I said
spanking
? A nervous laugh escaped me, the unsexy ones that almost sound like I’m barking. No worries, though, the handsome stranger smiled.

He leaned in and I inhaled deeply without thinking. The smell of him filled my head. It was a sweet, spicy, yummy but manly smell that eluded me. If you mixed leather with cinnamon and sugar and wood smoke with a hint of pine tree, that is what he smelled like. Or close.

“Are you sure you’re going to be okay here? It won’t be too much for you?” he whispered like a confidant.

His breath was sweet and minty on my face and my lips tingled at having his mouth in such close proximity to me. Other bits of me tingled too, but I tried not to think about that. I was off the men. Men could get bent. No men for me. Ever. If my house had come with a nun’s habit, I would have been a happy, happy girl.

Maybe he was just crazy. I leaned in to meet Alex Church, just a tiny bit more, completely ignoring the irrational lust that seemed to race through me. I held my breath to steady my jangling nerves. “Of course. Why would I not be okay here? This is my brand-new dream home. There is even a window seat, a root cellar and fireplace,” I said.

“Very nice for you,” Alex nodded.

In the house someone dropped something. The sound of tinkling glass hit my ears and I tried not to flinch. “It is very nice for me. I’ve wanted a house like this forever…and now I have it!” I waved my hands in a magical kind of fancy witch gesture, hoping to actually conjure up the good attitude I was presenting to Alex.

“Oh, good. Because I was just worried for a minute that it was too close in proximity.”

He did that weird thing where he appeared to be listening to someone or something not visible to me. He surely was an odd duck. And a tiny bit annoying if you must know. “Close proximity to
what
?”

“To that,” he said and gently turned my head. So his fingers on my skin caused a decidedly stimulating reaction. I had a vivid mental flash of moving astride Alex in all my sexual glory. Slipping up and down the length of his perfect hard cock and relishing the feel of his hands coming up to tangle in my hair and then…I saw what he was pointing to.

He shrugged. “I’m kind of a sensitive too. One could say that, anyway. So I know a sensitive when I see one.”

Well, balls and damn and holy hell. His long fingers, perfectly rugged and manly in their gesture, had pointed my eyes to a sight I had not wished to behold. A cemetery.

An old one that had been around for a while it seemed. “How the hell did I miss that?

Alex shrugged and his big shoulders caught my attention. Which I promptly wrestled away. No, no, no! I am a sensitive. I pick up on the feelings of those around me. Dead and alive. I’ve managed over years and years and god-blessed
years
of practice to control it. However, the vicinity of that many dead people was going to seriously screw with me. And in my case, the title
sensitive
was appropriate because when my sixth sense went into overdrive my other senses tended to be over-engaged.