“Much better, thanks. You’re going to ask me not to write about this, aren’t you?”

“I’m going to ask you not to breathe it to a living soul, magazine, news service, publisher, or TV news station for as long as you live. If you can’t accept that, then others will ask you, and less politely.”

Kelli held up a hand. “I know, I know. Can I ask some questions?”

“When did you—and those other people, the Secret Service and all—know about the nuclear thing?”

“Not until the moment you mentioned the trunk,” Stone said. “There had been some very slight indications that something was afoot, but not enough to alter what was happening here for the past couple of days. A thorough search for something as big as a trunk had been conducted, but it seems that the trunk was brought from an airport to The Arrington in a hotel vehicle and deposited in McCallister’s suite without the knowledge of the bell captain, who keeps a log of every piece of luggage brought into the hotel.”

“Did the explosion at Santa Monica Airport have anything to do with this?”

“Yes. There were indications of three bombs: one was found by Rifkin’s people in a liquor storage room yesterday. The chief bartender has been arrested in connection with that. A second was found by Mike Freeman in the Strategic Services security monitoring room, and one of his people arrested. The police found a car door at Santa Monica Airport, a hundred yards from the scene of the explosion, that had an Arrington logo painted on it. A hotel employee had checked out the car, and it’s thought that he detonated the third bomb, perhaps accidentally.”

“What happened to Hamish McCallister?”

“His flight was directed to land at Kennedy, ostensibly for refueling because of headwinds, but Hamish must have become suspicious, because he ran from the airplane to a waiting car driven by his brother. It’s my understanding that they escaped the airport but were caught nearby and didn’t survive the encounter. Something similar happened to the man who built the bombs.”

“So all the bad guys are dead?”

“All except the two who were arrested, Wynken and Nod.”

“What does that mean?”

“I believe they’re en route to a secure facility. And that’s all I know about this.”

“Just one more question,” she said. “What made you shoot at the device with Dino’s gun?”

“I reasoned that if the clock would set off the device, maybe disabling it would stop it from going off.”

“While you were still . . . indisposed, I asked the bomb chief about that, and he said the chances were about fifty-fifty that it worked.”

“So you might have made it go off early?”

“Four seconds early. Fortunately, Mike Freeman arrived with a key from the bomb found in his surveillance room, and that worked, too.”

“All right,” she said, “I promise never to communicate what happened here to anybody, ever.”

“That would be best for you,” Stone said. “No one would corroborate your story. As far as the rest of the world is concerned, the presidents of the United States and Mexico had a highly successful conference, resulting in a comprehensive new security treaty between the two countries, and The Arrington had a hugely successful opening that went incredibly smoothly, without a single hiccup. The concert, too. Be sure and mention in your piece how much you enjoyed Immi Gotham’s encore with Hattie Patrick at the piano.”

T
he following morning, Stone sat in the jump seat of the Gulfstream 550 and watched the takeoff. Twenty minutes later they were at forty thousand feet, headed east with a hundred-knot tailwind.

Stone looked out through the windshield at the clearly etched landscape of the Mojave Desert, dead ahead. “Severe clear,” he heard the captain say. “I love that.”

I love that, too
, Stone said to himself, then he got up and went back to join his friends for brunch and champagne. He took a seat next to Holly Barker.

“Congratulations on a successful opening,” she said. “I’m sure the hotel will do well.”

“Mort, the executive director, told me they’re sold out for months ahead,” Stone said. “I think that you and I can both take some pleasure in the fact that your people and mine did a fine job.”

“I saw the president and the first lady this morning, before they left for the airport,” she said, “and both of them expressed their extreme satisfaction with how things went. They asked me to thank you for your part in it.”

I am happy to hear from readers, but you should know that if you write to me in care of my publisher, three to six months will pass before I receive your letter, and when it finally arrives it will be one among many, and I will not be able to reply.

However, if you have access to the Internet, you may visit my website at www.stuartwoods.com, where there is a button for sending me e-mail. So far, I have been able to reply to all my e-mail, and I will continue to try to do so.

If you send me an e-mail and do not receive a reply, it is probably because you are among an alarming number of people who have entered their e-mail address incorrectly in their mail software. I have many of my replies returned as undeliverable.

When you e-mail, please do not send attachments, as I never open them. They can take twenty minutes to download, and they often contain viruses.

Please do not place me on your mailing lists for funny stories, prayers, political causes, charitable fund-raising, petitions, or sentimental claptrap. I get enough of that from people I already know. Generally speaking, when I get e-mail addressed to a large number of people, I immediately delete it without reading it.

Please do not send me your ideas for a book, as I have a policy of writing only what I myself invent. If you send me story ideas, I will immediately delete them without reading them. If you have a good idea for a book, write it yourself, but I will not be able to advise you on how to get it published. Buy a copy of
Writer’s Market
at any bookstore; that will tell you how.

Anyone with a request concerning events or appearances may e-mail it to me or send it to: Publicity Department, Penguin Group (USA) Inc., 375 Hudson Street, New York, NY 10014.

Those who wish to make offers for rights of a literary nature should contact Anne Sibbald, Janklow & Nesbit, 445 Park Avenue, New York, NY 10022. (Note: This is not an invitation for you to send her your manuscript or to solicit her to be your agent.)

If you want to know if I will be signing books in your city, please visit my website, www.stuartwoods.com, where the tour schedule will be published a month or so in advance. If you wish me to do a book signing in your locality, ask your favorite bookseller to contact his Penguin representative or the Penguin publicity department with the request.

If you find typographical or editorial errors in my book and feel an irresistible urge to tell someone, please write to Sara Minnich at Penguin’s address above. Do not e-mail your discoveries to me, as I will already have learned about them from others.

A list of my published works appears in the front of this book and on my website. All the novels are still in print in paperback and can be found at or ordered from any bookstore. If you wish to obtain hardcover copies of earlier novels or of the two nonfiction books, a good used-book store or one of the online bookstores can help you find them. Otherwise, you will have to go to a great many garage sales.

Shoot Him If He Runs
†

‡
A Will Lee Novel 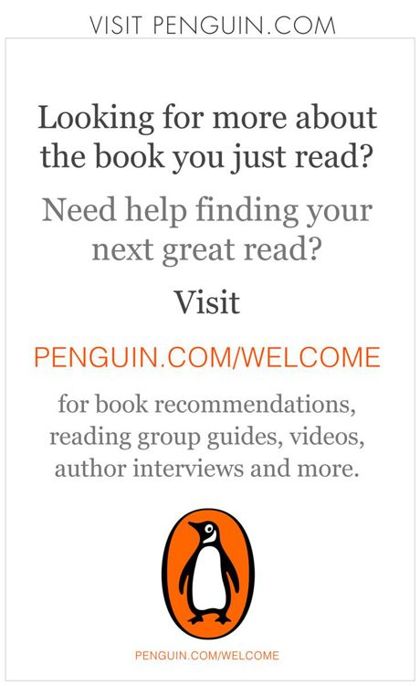 Wanton Angel (Blackthorne Trilogy) by Henke, Shirl
New Species 10 Moon by Laurann Dohner
Mudlark by Sheila Simonson
Native Speaker by Chang-Rae Lee
Guilty Pleasure by Justus Roux
The Dark Boatman: Tales of Horror and the Cthulhu Mythos by John Glasby
The Lass Wore Black by Karen Ranney
Heading South by Dany Laferrière
The 10/60 Diet: How to Lose 10% of Your Body Weight in 60 Days. by Torcivia, Phil
Mrs. Malory and Any Man's Death by Holt, Hazel
Our partner