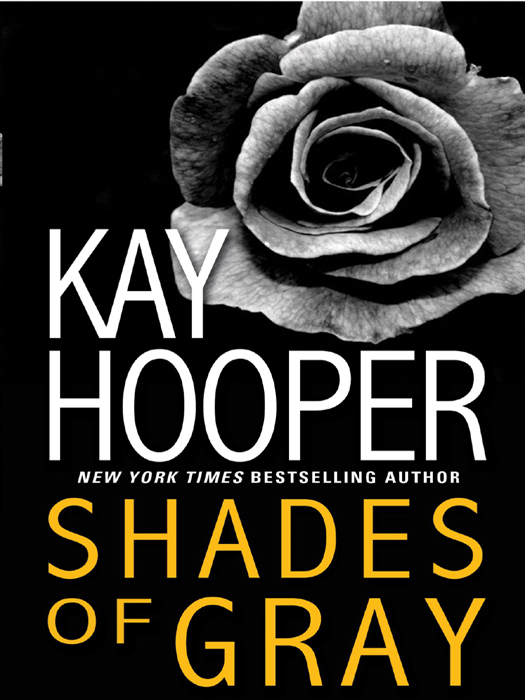 Power is the ultimate aphrodisiac. But in this classic novel of romance and suspense from
New York Times
bestselling author Kay Hooper, a strong man who always takes what he wants is challenged by an alluring woman who is not easily kept.

Ruthless, charismatic, and devastatingly handsome, Andres Sereno rules the small South American island of Kadeira with an iron first - and he has abducted the irresistible Sara Marsh to keep her out of harm's way. Of course, Andres has ulterior motives: He is determined to convince Sara that she cannot live without him. Overwhelmed by his urgent desire, Sara finds Andres hard to resist. But can she trust a man with darkness in his soul and danger in his blood?

Blindsided by a sudden storm with no safe harbor in sight, Sara has no choice but to embrace the fierce warrior who holds her captive. Though Andres tries to shield her from his violent side, Sara knows that she's tempting fate. Before risking everything, Sara must walk through fire and discover the strength within herself. Only then can she surrender to the primitive force of their desire.

PRAISE FOR THE NOVELS
OF KAY HOOPER

“Hooper’s darkly riveting Blood trilogy comes to a terrifying climax.… The chilling intensity of this novel is sure to haunt your dreams!”

“Series fans and newcomers alike will appreciate the appendixes, which include bios of Special Crimes Unit agents and definitions of their various paranormal abilities.”

“Disturbing … Hooper pulls out all the stops.”

“You won’t want to turn the lights out after reading this book!”

“A good read for fans of other serial-killer books and the TV show
Criminal Minds
.”

“Spectacular … With its fast pace, high-adrenaline plot, cast of well-developed characters, and fluid dialogue,
Blood Dreams
fills every expectation a reader could have.… I highly recommend.”

“An entertaining book for any reader.”

“Hooper keeps the suspense dialed up.… Readers will be mesmerized by a plot that moves quickly to a chilling conclusion.”

“Hooper’s latest may offer her fans a few shivers on a hot beach.”

“Kay Hooper has conjured a fine thriller with appealing young ghosts and a suitably evil presence to provide a welcome chill on a hot summer’s day.”

“The author draws the reader into the story line and, once there, they can’t leave because they want to see what happens next in this thrill-a-minute, chilling, fantastic reading experience.”

“Hooper has created another original—
Hunting Fear
sets an intense pace.… Work your way through the terror to the triumph … and you’ll be looking for more Hooper tales to add to your bookshelf.”

“Expect plenty of twists and surprises as Kay Hooper gets her series off to a crackerjack start!”

“
Sense of Evil
will knock your socks off.”

“A fast-paced, suspenseful plot … The story’s complicated and intriguing twists and turns keep the reader guessing until the chilling end.”

“This definitely puts Ms. Hooper in a league with Tami Hoag and Iris Johansen and Sandra Brown. Gold 5-star rating.”

“A stirring and evocative thriller.”

“An intriguing book with plenty of strange twists that will please the reader.”

“It passed the ‘stay up late to finish it in one night’ test.”

“You always know you are in for an outstanding read when you pick up a Kay Hooper novel, but in
Finding Laura
, she has created something really special! Simply superb!”

“Kay Hooper has crafted another solid story to keep readers enthralled until the last page is turned.”

“Kay Hooper comes through with thrills, chills, and plenty of romance, this time with an energetic murder mystery with a clever twist. The suspense is sustained admirably right up to the very end.”

Shades of Gray
is a work of fiction. Names, characters, places, and incidents are the products of the author’s imagination or are used fictitiously. Any resemblance to actual events, locales, or persons, living or dead, is entirely coincidental.

B
ANTAM
B
OOKS
and the rooster colophon are registered trademarks of Random House, Inc.

Originally published in paperback in the United States by Bantam Books, an imprint of The Random House Publishing Group, a division of Random House, Inc., in 1988.

H
AGEN LOOKED UP
, honestly surprised for one of the few times in his checkered career. Raven Long had just strolled into his office with the very large and very menacing Zach Steele behind her.

Glowering, Hagen responded by demanding, “How did you get into this building?”

Raven shook her head in gentle pity as she settled a hip on the corner of Hagen’s desk. “You really should get out more, you know. It’s getting awfully easy to catch you off guard.”

He ignored that. Splendidly. “I asked you a question.”

Smiling, she jerked a thumb over her shoulder at her companion. “Zach’s very good at things like that. You said so yourself.”

Hagen stared at the big man who was Chief of Security for Long Enterprises and also was quite possibly one of the top three security experts in the world. And since Zach Steele was such an expert, Hagen knew full well how capable he was at breaching other people’s security systems—especially when Josh Long or his wife, Raven, former agent, required such a breach.

“Breaching the security of a federal building,” Hagen said rather mildly, “is a federal offense, Mr. Steele.”

“So it is,” Zach agreed in his deep, soft voice, his gray eyes serene.

Hagen sighed. “Well, you’re here.” He looked at Raven with disfavor. “What do you want?”

She looked over her shoulder at Zach. “He still has the power to amaze me. He ropes innocent citizens into his nefarious plots, unethically, if not illegally, swearing them in as temporary
agents and using them shamefully, and he has the nerve, the absolute
gall
, to ask what we want. Amazing.”

In a wistful tone Zach said to Raven, “One of these days he’s going to get what’s coming to him. And I want to be there.”

Hagen didn’t bat an eye. “I don’t know who you’re talking about.”

“Oh, I think you do. Or has your memory slipped with the passing years? A couple of years ago Sara Marsh left Kadeira and Andres Sereno; a few months after that
you
sent Rafferty and Sarah Lewis down there to get Kelsey out of jail. Remember now?”

Hagen smiled like a shark. “Now that you mention it, I do. But I fail to see—”

“A few weeks ago,” Raven went on flatly, interrupting him without compunction, “there was an attempt to kidnap Sara Marsh. Luckily
she has good instincts, and managed to slip out while her would-be abductors were slipping in. She was in touch with our Sarah for a while, but in losing your goons, she lost us too. Unfortunately she doesn’t know us well enough to trust that we’re entirely on her side. But you know that. And just as soon as we manage to locate her, we’ll help her to hide where you’ll never find her.”

“Isn’t it?” she agreed cordially. “And kidnapping is still, I believe, a federal offense. Even more of an offense in this case because Sara was to be snatched for the express purpose of transporting her to Kadeira, which is the last place on earth she would choose to be, as her past actions amply demonstrate. Now she’s being hunted. Since when have agents of the U.S. government decided to kidnap citizens on the orders of Andres Sereno? Or have you taken up pimping these days?”

ICAP 2 - The Hidden Gallery by Wood, Maryrose
What Love Has Lost by McCalester, Mindy
The Alpine Yeoman by Mary Daheim
The Nixie’s Song by Tony DiTerlizzi, Holly Black
Lie Still by Julia Heaberlin
Vicky Swanky Is a Beauty by Diane Williams
I Can Hear You by Hannah Davenport
Shivers for Christmas by Richard Dalby
Iron Rage by James Axler
Monroe, Marla - Brandy's Bikers [The Dirty Dozen 1] (Siren Publishing Ménage Everlasting) by Marla Monroe
Our partner