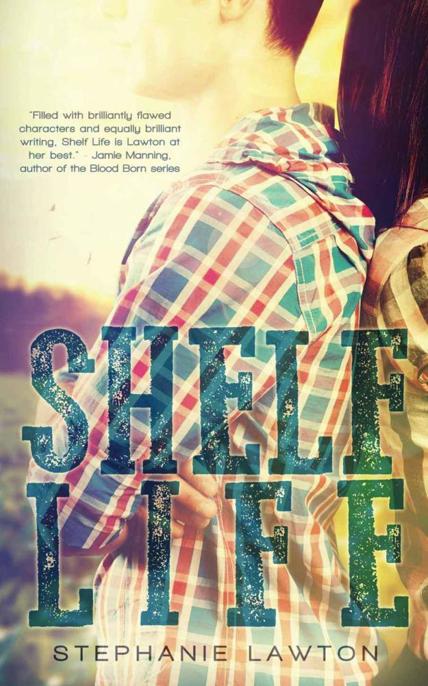 The characters and events in this book are fictitious. Any similarity to real persons, living or dead, places, or events is coincidental and not intended by the author.

This book, or parts thereof, may not be reproduced in any form without permission from the author. The copying, scanning, uploading and distribution of this book via the internet or via any other means without the permission of the author is illegal and punishable by law. Please purchase only authorized electronic or print editions, and do not participate i
n
or encourage piracy of copyrighted materials. Your support of the author’s rights i
s
appreciated
.

To the Zippay Family

J
ay Leaher has had it out for me from the moment we both toddled into preschool. Even on the last day of high school, not much has changed.

“Oomph!”
All the breath leaves my lungs when Jay slams me up against my locker.

“School’s out, torture’s in,” Jay breathes just an inch from my nose. “Wait ’til you see what I have planned for you this summer, Twig.”

I recoil at the nickname Jay gave me in eighth grade when it became obvious he would be the bigger and bulkier of us two. I hate to admit that the name seems apt as I stare up at Jay’s rather bushy unibrow.

I swear he’s grown a foot and packed on another twenty pounds just since he paid me a visit two weeks ago at the line—a mythical division between Jay’s family’s property and my family’s farm. Sure, there are ancient surveyors’ stakes that mark the actual boundary, but Jay prefers to make up his own measurements. I call it The Great Divide. Jay doesn’t think that’s so funny. I have a black eye as proof.

Over Jay’s shoulder, a flash of bright orange catches my eye, making me groan. My best friend Lewis saunters toward us in full hunter’s blaze orange. The only things to break up the bizarre neon glow emanating from him are the camo stripes on either pant leg. He grins, but the tightness around his eyes betrays his calm exterior.

“Jay Leaher, you keep marking your territory on
Pete’s face and people are going to start wondering about you,” he says.

Jay snickers but doesn’t turn away from me. “You’d like that, huh? Might stop the rumors about what I did to your sister in the back of my truck last weekend.”

I close my eyes and wait for it—the sound of knuckles connecting with cartilage. Fortunately, the sound of heavy footsteps comes first.

“Mr. Leaher, Mr. Wilson, Mr. Linger, the final bell hasn’t rung yet, which means you’re still on my watch. You want to spend graduation in detention?” My eyes fly open at the sound of Mr. Blackwell’s baritone voice. I breathe a sigh of relief when Jay leans away from me and loosens his grip on my shirt. Lewis is three shades of red, but he lowers his fist.

Jay grins. “Your sister was.”

“You lying sack of—”

“Mr. Linger! To your class, all of you, before I call your parents and make them deal with you. I catch you again and you’ll be spending your free time scrubbing my office floor with a toothbrush.”

I grab my backpack off the worn floor and arch an eyebrow at Lewis, who’s faded from red to pink. Jay chuckles. “Later, Twig. Oh, and tell Sarah I expect her to swallow next time if she wants to stay on my good side.” He salutes Mr. Blackwell on his way past then disappears around the corner into the science wing.

My stomach turns at the thought of Jay’s insinuations being true. I’ve had a crush on Lewis’s sister Lindsey for as long as I can remember. It really kicked into overdrive last summer when I stayed the
night at their place and accidentally saw Lindsey changing her clothes through her cracked door. It was open just enough to give me the glimpse of a lifetime. I’d been mortified when Lewis caught me and flipped.

It got worse when Lindsey emerged from her room and smirked at me. No way did I stand a chance with her. She’s been a sister to me, too, until recently. Part of me is sad that things have changed with the three of us, but one part in particular is pretty happy about the transformation.

“We could play The Naughty Game one last time.”

I’m picturing Jay with my sister Sarah when a girl with wavy brown hair makes eye contact and smiles. Before I know what I’m doing, I smile back. She giggles and warmth spreads across my cheeks.

“Dude, that was Helen Miller.”

“Head of the drill team.”

“She’s the one having the big party tonight,” Lewis says, as if I’m a complete idiot.

“She smiled at you!”

“You should ask her out.”

“If I have to answer that for you, then we can’t be friends anymore.”

I shake my head, conjuring up an image of Lewis the day we met. We’d been standing in the check-out line with our mothers at our town’s one grocery store.
I’d been patiently helping my mom sort her coupons when I noticed giggling. I looked over my shoulder and there was a little boy with candy smeared all over his face and in his hair. My eyes widened at the sight, never having seen anyone actually eat the sugary stuff my mom referred to as “death on a stick.” The little boy broke into a wide grin, and I couldn’t help smiling back. When our mothers began chatting, we learned we lived on the same rural road, though our houses were over a mile apart.

I begged to ride my bike to Lewis’s house, and after many promises not to eat any candy, Mom finally relented. In the nine years since, not a day has gone by that one of us isn’t at the other’s house, at least for a minute. Lewis and Lindsey even stayed with us for a month when their dad went off to a pastor’s retreat in West Virginia—which was the same week the organist went to a Mary Kay convention. Neither one was ever heard from again, except through a lawyer’s divorce papers to their respective spouses.

I’ll be sorry to leave Lewis behind when Lindsey and I graduate next week, but one more year and Lewis will be done with stupid high school, too.

We enter Mademoiselle Stone’s French III class and grab seats near the back. I try to stuff my feet under the desk in front of me, but end up angling them out so my knees won’t hit the underside of the desk.

“Ah, mes fils, I see you’ve already got your dictionaries out. C’est magnifique!”

I smile up at our teacher and blush. I think, not for the first time, that this woman has no right teaching
teenage boys. Her black hair falls just so over her slender shoulders, contrasting with her deep red lipstick and smooth, fair skin. Today she’s hit a record low. Well, her blouse has, at least, which is why so much of the football team is interested in learning to speak French.

Lewis and I don’t fit in with that crowd, so Mlle. Stone often showers us with extra attention, assuming we’re here to actually learn. Good thing she doesn’t know about The Naughty Game, which begins as soon as she gave us our final assignment—to write about what we’ll be doing over the summer. While the rest of the students goof off until the bell, Lewis and I bend over our dictionaries, flipping through the pages with unrestrained zeal.

I’m the first to find a word and scribble it on a piece of paper. I slide it over to the edge of my desk. Lewis side-eyes the writing then snorts. “Good one,” he says.

Lewis is next. He scratches his word onto a scrap of paper and inches it toward me. He presses his lips together to avoid laughing out loud, but he can’t keep a wicked blush from creeping up his neck. By the end of class, we’ve written out ménage, lingerie,
putain and salope. We spend the rest of the day trying to use the words in a sentence. I’m pretty sure this is the best day of school ever.

Then I head outside to drive home and run directly into Jay Leaher.