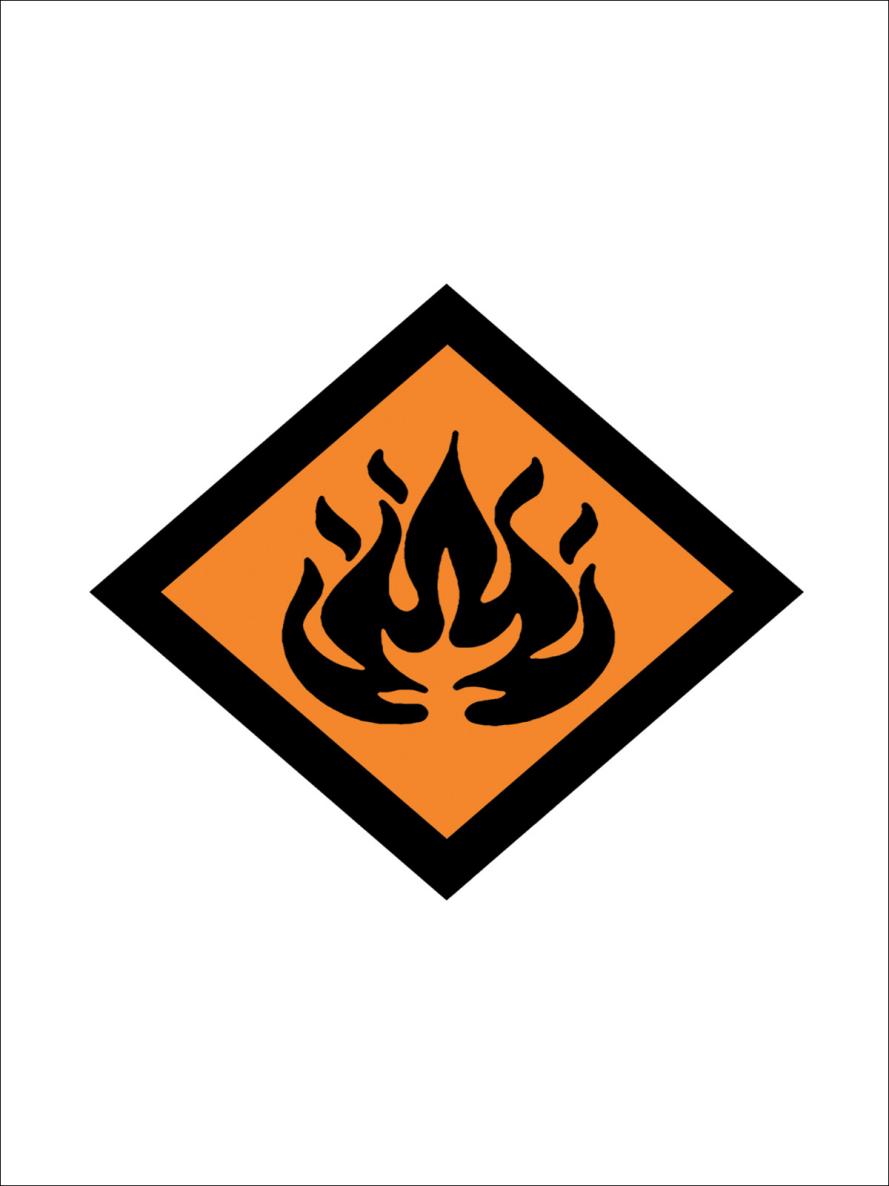 All rights reserved. No part of this publication may be reproduced, stored in a retrieval system, or transmitted in any form by any process — electronic, mechanical, photocopying, recording, or otherwise — without the prior written permission of the copyright owners and ECW press.

The publication of
Shelf Monkey
has been generously supported by the Canada Council, the Ontario Arts Council, and the Government of Canada through the Book Publishing Industry

PRINTED AND BOUND IN CANADA

For Cathy,
who never left.

For Nikki,
who left too soon.

For the Monkeys,
who won’t leave me alone.

Writing a book is a solitary experience. Getting it suitable for public consumption requires a great deal of outside help.

So with that in mind, I would like to extend my thanks:

To Cathy Cotter, who always believes in me, especially when I don’t;

To Miriam Toews, the first person to read the novel as a whole, and whose encouragement and excitement went far beyond the call of duty;

To my parents Marilyn and Ted, and my siblings Lisa, Nikki, and Teddy — a warm, loving, and understanding family who cannot in any way be blamed for the way I turned out;

To Morley Walker, for giving me a job at my lowest point, and actually paying me to read;

To Jen Hale, for being an exceptionally patient and understanding editor, and the rest of the ECW staff;

To the publishers and staff of the 3-Day Novel Contest, whose seventy-two hours of caffeine-fuelled literary mayhem gave birth to the kernel of what
Shelf Monkey
turned out to be;

To the authors of every book I’ve ever read;

And to all my friends who suggested that I some day write a book. If you must blame someone, blame them.

Beware the man of only one book
— Chinese proverb

SURPRISE DEBUT AT NUMBER ONE

AP — Despite not having been reviewed in any major newspaper, a small, unheralded novel has debuted at the number 1 position on practically every bestseller list in North America.

My Baby, My Love
, a novel by neophyte author Agnes Coleman, was released last week to little fanfare, the inaugural publication of television host Munroe Purvis’s new imprint, MuPu Inc. Purvis trumpeted Coleman’s novel last month on his talk show
The Munroe Purvis Show
, yet industry analysts held out little hope of the novel making any sort of impact in what has so far been a dismal publishing season.

“This is a phenomenon; I’ve never seen anything like it,” Coleman’s agent Harold Kura crowed in an interview with Associated Press. “These are Harry Potter numbers we are seeing here. It bodes very well for Agnes, as well as MuPu.”

In a press release, Munroe admits no surprise at the novel’s sudden success. “For too long, people have been told what to like, what to read, what to think. I see this novel as proof that critics are out of touch with their audiences. Miss Coleman’s novel is one of great warmth and wisdom, and the only surprise I see is that people are surprised by its success.”

Scrambling to catch up to its popularity, late reviews of
My Baby, My Love
have begun to surface. Most are intensely negative, with many critics labelling the book as awful or worse. A
New York Times
review called the book “facile,” “borderline insulting in its banality,” and “almost staggeringly idiotic.”

Riding the unexpected wave of popularity, MuPu has announced that its upcoming second release,
Milk and Hugs
, will be released substantially sooner than anticipated, with its initial print run raised to 500,000 copies.

Well, Doc, there it is. That’s the voice that haunts my dreams. At the movies, during work, having dinner, enjoying infrequent sexual relations. Weeks, months pass with complete silence, life has resumed its normality, and then — ah, there you are, you little parasite, howling from your cave in the memory receptacles of my brain, sending shivers of dread down and up my spinal column, causing instantaneous paralysis and near-pants-wetting anguish.

I don’t know if this is what you want, asking me to do homework on whatever strikes me as being important. Christ, are you so lazy I can’t talk about this in group? I have to waste my free time writing papers to satisfy some half-baked psychiatric theory? Write it down, just put down whatever springs to mind, hey, it’ll be a reverse literary Rorschach. What do you see, Doc? Repressed memories of patriarchal abuse? Childhood sexual favours with strangers in exchange for a Skor bar? A game of touch football with schoolyard chums that got a bit too, oh, shall we say, chummy? If you want to know what’s bothering me, Doc, ask me, don’t pussy around with this ‘what I did during my summer vacation’ bullshit. Write about how I feel. You’ve got, what, twelve years of medical training, and you’ve got the professional range of a substitute teacher. There’s money well spent.

I wouldn’t be so sensitive about this if you weren’t so insistent that I not censor myself. I’m not normally so obstinate, calling you “Doc” with a snide overtone of contempt, not like me at all. Maybe something snapped loose on impact. The ganglia that monitored social interactivity severed, useless, sputtering sparks of cerebrospinal fluid all over my braincase. But hey, that’s the point, right? Get all the anger out, let the ink do the shouting, then we can talk about what’s really bugging Thomas lately, why he decided to not look both ways, why he just doesn’t seem to be
so happy anymore. Talk out the depression, diagnose, and then drug his cares away. Eradicate, then medicate. Know what? I don’t feel like writing about it just this second. I’m not running from my problems, I’m postponing the inevitable. I’ll face up to it when I’m ready. My dementia, my schedule.

anger issues — sees me as surrogate enemy? — could result in violent behaviour — would hospital stay be appropriate?

Boy, he’s insistent, isn’t he? Much as I’d like to just scrap this whole thing, tell you to fuck off (wait, does that count as telling you to fuck off? If so, good, if not, fuck off), you lucked out and got one of those rare people who simply cannot
not
do their homework. Always on time, always typed, title page and plastic binder, that’s me.

Do you know what depression is, Doc? Not your textbook definition, do you know what it really is? Depression is a nasty little boy sitting behind you in math class, flicking boogers at your head. It’s standing blindfolded before the firing squad, praying that you don’t shit your pants when they execute you. It’s realizing that you’re not you anymore, this isn’t your world, you’re Holden Caulfield now, lost and lonely in New York, and you hate absolutely everything and everyone for being such phonies and don’t even care to figure out why. It’s waking up every four minutes, insomnia grating away the world until it’s a jagged smudge of motion that holds no relevance to you anymore. It’s a malignant boulder in the throat that you cannot talk around. If you can squeeze a word past the granite, and oh God it’s agony to speak, even a little is like a drink of scalding oil, the words are accompanied by a rush of tears that you just cannot stop! So you’re quiet all the time, because you can’t possibly make conversation in such a state. Can’t even go to a Timmy Ho’s for a coffee. Can’t order a double double without freaking out and scaring the server, and once it starts, only exhaustion stems the flow.

Well, back to it, shall we? Got to hand this in, get my gold star.

No one calls me that anymore, I am insistent on that. Thomas, thank you ever so much, or Mr. Friesen, if you fancy
the more formal address, but I prefer not to stand on ceremony. If you’re one of those psychologists who strives to uncover the one defining moment in a person’s life that ends up ruining that person forever, writing your doctoral thesis on the after-effects of the detritus you can fish out of one poor soul’s past, well Doc, congratulations, mission accomplished, high-fives all round.

The voice even has a name, lest you conclude this is one of those anonymous bogeymen content to reside themselves in childhood closets and under bunk beds. Vikram Mansur. One of those kids everyone just knew was going to turn out juuuussst fine. Smart, composed, and oh so smooth as to be frictionless. Even by grade 5, he had already perfected the smile that wins over teachers, parents, students. The grin, slightly crooked, teeth gleaming yet not too gleaming. Open and inviting, with just a hint of veiled violence to balance the equation. An iconic smile. A smile to gain trust, cajole enemies, weaken knees, spread thighs, and ultimately save mankind. The smile of a leader, captain of the softball team, bmoc, head of the Conservative Party, CEO of one of those planet-destroying multi-conglomerates that everybody loves, like Wal-Mart or Old Navy. The menacing smirk of a bully, although only a few of us ever fully understood how bottomless the well of his cruelty really was.