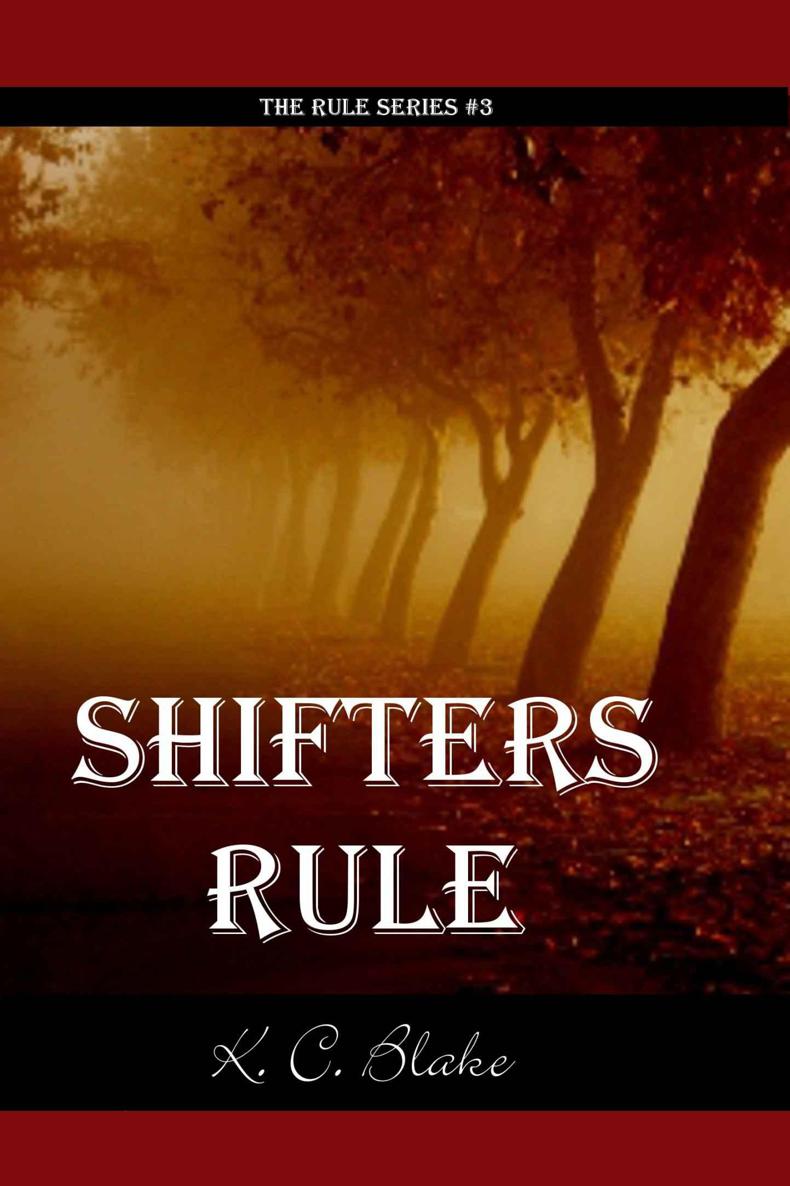 The Order of the Spirit Realm Series:

It was
two o’clock
in the morning when Jack stood at the top of the steep staircase, dagger clenched in his right hand.

Tilting his head, he strained his ears for the slightest sound.

Although he was no longer a vampire, his hearing was almost as good.

A strange noise had shaken him from sleep, a muted crash as if someone had bumped into a heavy object and knocked it over even as they tried in vain to catch it.

The sound was followed by a muffled curse.

His super-hearing failed to catch an accent so he ruled Ian out.

There was an intruder in the house, a male intruder.

Hope blossomed within his heart instead of dread, knowing it could be Billy.

Billy had disappeared after graduation, but Jack refused to give up on his brother.

The kid was out there somewhere, confused and hurting.

Jack was determined to find him.

If he could just talk to Billy, reason with him, he was sure he could convince his kid brother to return home.

Jack was even willing to move out for a while if it would make things easier for Billy.

He just wanted to know his brother was safe.

Jack reached out with his free hand and flicked on the overhead light.

It lit the stairs and foyer below.

The foyer looked the same as it had when Jack went to bed.

He grasped the wooden railing and leaned over to check the living room.

It seemed to be empty as well.

If a stranger was in the house, they were in another part of it.

The floor creaked behind him.

Strong hands shoved him, and Jack lost his balance.

He flew down the stairs like a clumsy gymnast, smashing into the wall at the halfway point.

Then he rolled headfirst over the last few steps and landed at the bottom of the staircase in a tangled heap.

The dagger flew from his fingers and skated across the hardwood floor.

Every inch of his body screamed in pain.

The intruder descended the stairs with slow, meticulous steps while removing a pair of dark gloves.

Even though it was a warm summer evening, he wore a long black coat.

It was the same coat worn by a killer from his past, the psychotic werewolf who had thrown Tobias off a tall building.

Before the man’s face came into view, he knew without a doubt the intruder was Jersey Clifford.

Most werewolves preferred winter to summer, but
Jersey
was a law unto himself.

He wore heavy layers even in the most humid weather.

Sometimes it made Jack hot just to look at him.

He wondered if
Jersey
’s immortal body was immune to hot and cold.

Jack tried to get up.

Jersey
pressed a foot against his chest, pinning him to the floor like a bug.

Amusement played across the older man’s features as he said, “You look good flat on your back.

I think you should remain in your present position.

Believe me, it’s safer for you.”

Pain, anger, and humiliation brought out the sarcasm.

You want to know what I’m reading, right?

You probably came over for a book report.”

No friends to hang with?”

“I came to offer you a final chance to join the winning side before I rip your stupid face off.

“I wouldn’t take a spot on your team if you were the last smelly werewolf on the planet.”

“I had hoped time would convince you to be reasonable, but you are as stubborn as a century is long.

Am I waiting in vain for you to grow a brain?

Tell me, will you ever come to your senses?”

Jack shook his head against the hardwood floor with violent little jerks, his mouth a tight line.

Jersey
removed his foot from Jack’s chest and strolled into the living room, hands clasped behind his back.

As soon as
Jersey
crossed the threshold, Jack was on his feet.

His gaze automatically went to the front door.

He knew he couldn’t win in a fair fight against Jersey Clifford, not yet.

Until then
Caution
was his middle name.

The door was within reach.

Vampire-speed would take him miles from their current location before
Jersey
could do more than blink a few times.

Running away might be the smartest thing he could do at this point.

But it wasn’t his style.

With a grimace he followed his former teacher into the heart of the house.

The head werewolf obviously wanted something.

Why else would he risk showing his face at a hunter’s house?

Jersey
stood in front of the fireplace.

He placed narrow hands on the mantle and leaned forward, head bowed as if the weight of the world was on his shoulders and he couldn’t bear it any longer.

His unprotected back made a tempting target, but Jack wasn’t that stupid.

He knew this was a test.

Jersey
wanted to see if Jack was going to attack him.

Maybe he even wanted Jack to attack.

A show of aggression would give
Jersey
an excuse to end this now.

“The one about the raven.

He heard tapping… tapping on his chamber door, but

when he opened it, he found darkness and nothing more
.

I kind of expected to find the same when I opened my bedroom door tonight.

Yet here you are.”

“It pleases me that you continue to broaden your mind.”

Jersey
lifted his head and smiled.

“I tried to convince Pagan to do the same, only she hated the written word, especially poetry.

She couldn’t understand a word of it.

It was her only fault.”

Pagan was
Jersey
’s assistant before a wraith had killed her.

Since the woman’s death was partly Jack’s fault, the mention of her name made him visibly cringe.

He drew
Jersey
down a different verbal path.

“You have a new helper now, don’t you?

And how is my none-too-faithful kitty-cat?”

Jersey
turned to look at Jack, an odd expression twisting his features.

Before Jack could label it, it was gone.

“Blanca is doing quite well, thank you.

I don’t know how I ever got along without her.

Do you miss her?”

I wish I’d gotten a dog instead.”

“You should think before you speak.”

He took a deep breath and rubbed the bottom half of his face.

When he started to talk again, it sounded rehearsed.

“There is no escape from fate, no detour when you are dealing with destiny.

You need to get it through your thick skull.

Destiny has a way of fulfilling its own plan, even when the participants refuse to cooperate.”

Jack stayed on the other side of the room with the sofa between them in case
Jersey
decided to attack him.

His gaze locked on the werewolf’s chin instead of his eyes.

If they didn’t lock gazes,
Jersey
wouldn’t be tempted to suck his soul out.

A heavy blanket of tension settled over Jack’s heart.

Grief made him ask, “Why did you turn my brother into a werewolf?

Was it some grand master plan that only makes sense to someone who is so obviously out of his mind?”

“Perhaps it wasn’t me who did the deed.”

Jack pushed for an answer, desperate.

I want to know.

Was it the werewolf with the silver knife?”

I had no idea the two of you had met.

He’s certainly no friend of mine.

If you want to destroy him, feel free to do so.

I won’t try to stop you, and I certainly won’t mourn for him.”

“I would
love
to kill him.

After Billy joined the pack, they moved to another location.

Do you know where they’re at?”

“Are you going to tell me?

Or do you want to play Twenty Questions?”

Jersey
lifted a finger high in the air.

The gesture was reminiscent of lectures he’d given at the high school.

His stance and expression warned Jack he was ready to teach his former student another lesson.

“I will tell you what you want to know if you answer me this.

How much do you remember of your former life?

I know Isobel was trying to induce memories.

“I remember you killed me.”

“That was… a mistake.

I regretted it later seconds after you took your last breath and every night since.

Now to answer your question.

The werewolf you seek has moved to another house.

I won’t give you the address.

No fun to be found there.

I will, however, give you a clue to help you on your way.”

Jack wanted to cram
Jersey
’s clue down his throat.

He worked hard to keep a tight reign on his temper.

“Is my brother with
Helio
?”

Jersey
shook his head, his eyes filled with mirth.

“I never would have thought your brother capable of embracing life as a werewolf so easily.

He seems quite taken with the power.

What do you suppose you’re going to do about him?”

Jack planned on chaining Billy to a wall during the next full moon cycle, if he could find him in time.

Maybe Billy could walk around free during other phases of the moon; although Billy hadn’t tried to reach out to him since graduation.

It was possible Billy was permanently lost, a shadow of his former self.

“Don’t worry about my brother.

“Do you still believe you can win this war, Jack?

I know what you’ve been doing, trying to learn to suck souls.

Do you think that a wise decision considering I am the master of ripping souls from the body?”

Not a master yet.

But I
will
be by the time we go to war.”

“And you are trespassing.”

Ian Carver’s booming voice filled the room even as his large body filled the doorway to the foyer.

Jack looked at his uncle, saw the revolver in his hand, and hope for a quick resolution to the werewolf problem made his heart leap for joy.

No doubt there were silver bullets inside the chamber of the gun.

Maybe they would slow
Jersey
down enough for the two of them to cut the werewolf’s head off.

Anxious for it to be over, he waited for Ian to fire the first shot.

One second he was standing in the center of the living room and the next, he was gone.

Nothing left but a bad taste in Jack’s mouth.

Jack spun around in a circle, eyes wide, before turning to Ian.

So no, unfortunately, you are not.”