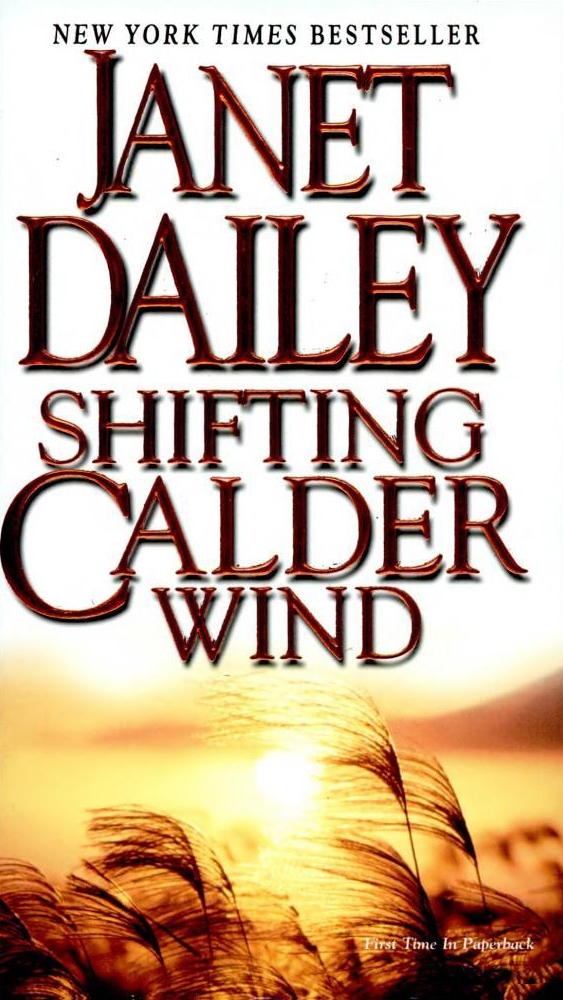 “ARE YOU FROM TEXAS?”
“I’ve spent some time there,” he replied, deliberately noncommittal. “This is my first time in Montana. It’s a big, wide country. It reminds me a bit of Texas the way it rolls into forever. I can understand why everybody says the Triple C is prime cattle country.”
“It is good land.” Automatically Jessy let her glance sweep over the vast expanse of grass that stretched away from the river. Her expression softened with a mixture of pride and deep affection.
“You love this land, don’t you,” Laredo observed.
“It’s been my home my whole life. There isn’t an inch of it I haven’t ridden.”
He found himself admiring this woman with her unusual combination of strength and easy calm. “I understand you are in charge of the Triple C now. A place this size, that has to be a bit daunting.”
She looked him in the eye with a man’s directness. “You simply take each day as it comes and keep an eye on tomorrow. As long as you take care of the land, it will take care of you.”
The statement had a profound ring to it. “Did Chase teach you that?” Laredo wondered.
“That has always been the Calder way of doing things,” she replied, her gaze turning to a quiet probing. “Where did you meet Chase?”
“In Texas.”
“I don’t recall him ever mentioning your name,” she replied.
Laredo smiled easily. “I don’t imagine there was ever a reason why he should.” Something in her body language warned him that she was about to bring the conversation to an end. With every instinct telling him to trust her, he took a calculated risk. “Are you absolutely certain Chase is dead?”
“Why would you ask that?” she said, clearly surprised by his question.
“What if I told you he wants to talk to you?”
Books by Janet Dailey
CALDER PROMISE
SHIFTING CALDER WIND
GREEN CALDER GRASS
MAYBE THIS CHRISTMAS
SCROOGE WORE SPURS
A CAPITAL HOLIDAY
ALWAYS WITH LOVE
BECAUSE OF YOU
CAN’T SAY GOODBYE
DANCE WITH ME
EVERYTHING
FOREVER
JANET DAILEY
SHIFTING CALDER WIND

Kane by Loribelle Hunt
Man Eater by Marilyn Todd
Wife in the Shadows by Sara Craven
Dark Horse by Mary H. Herbert
Dead People by Ewart Hutton
The Closer You Get by Carter Ashby
Lay It Down: Bastards MC Series Boxed Set by Carina Adams
Magnate by Joanna Shupe
11/22/63: A Novel by Stephen King
Spoils of War by Catrin Collier
Our partner