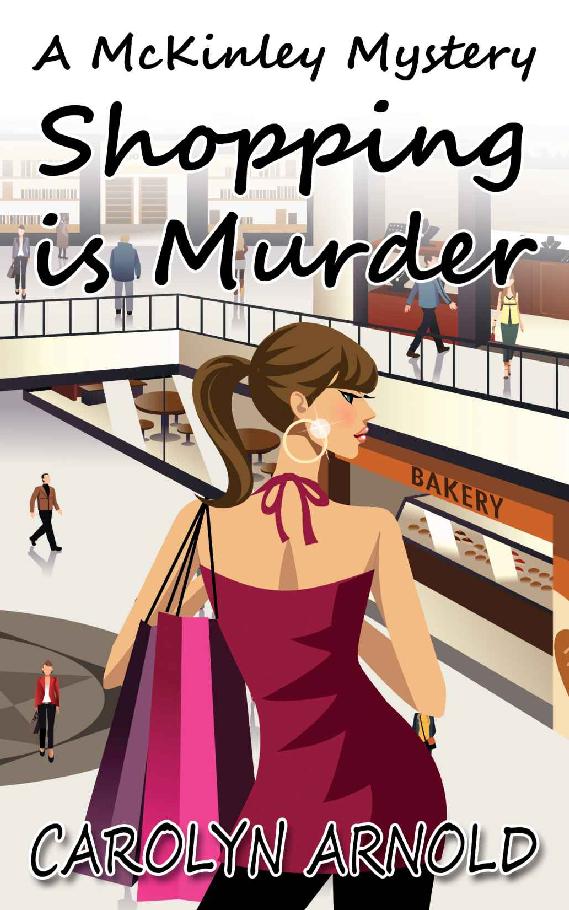 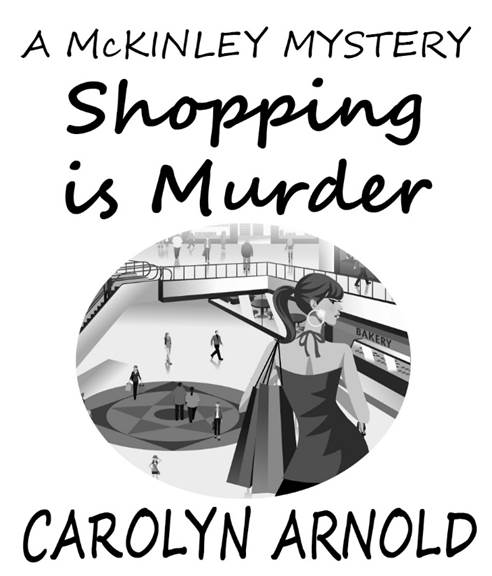 Thank you for buying this ebook.

To receive special offers and news about latest releases,

For more about this book and author, visit

In accordance with the U.S. Copyright Act of 1976, the scanning, uploading, and electronic sharing of any part of this book without the permission of the author constitute unlawful piracy and theft of the author’s intellectual property. If you would like to use material from the book (other than for review purposes), prior written permission must be obtained by contacting the author at [email protected] Thank you for your support of the author’s rights.

Shopping
’Til It Hurts

SARA LOVED THE HOLIDAYS, BUT she was one “Silent Night” away from running out of the mall in search of a glass of cognac. She glanced over at Sean. He was weighed down with their spoils and trailed along beside her—bags over both shoulders, boxes perched precariously under his arms.

The odd capture of his facial expression, including the pressed-on smile, made it clear that he was beyond ready to call it a day. He was pushing through for her. Maybe it wouldn
’t have been such a bad idea to forego the deals of Black Friday. After all, it’s not like money was a concern.

Sean had tried to reason with her about the crowds, but she refused to listen. He even suggested hiring someone to take care of the shopping. She hadn’t considered his suggestion, opting for the personal touch of buying the gifts for family and friends themselves.

“That’s not something you delegate.” The statement was meant in sincerity—at the time. Now she was asking herself what she’d been thinking, and it was obvious she hadn’t been.

“Just one more stop, darling,” she said in an effort to reassure him the retail torture was almost over.

“Isn’t that what you said a few ago now?”

“I know, darling, but it’s important to me.” She led him into a lingerie shop.

“And to think, I was going to say one more store, I might kill myself.” He smiled at her as she dropped the packages she carried and reached for a silk number on a storefront display rack.

Sara let the strap of the negligee slip from her fingers.
“You would think, of all places, you’d be happy in here.”

“That’s why I said
I
was going
to say
.
” He came up close behind her, his warm breath cascading across her neck. “Why are we doing all of this today anyway? We’ve been at it for hours already.”

“I just want to get everything in one swoop.”

“Christmas gifts for your family, our friends at PD, Jimmy, Adam. You plan on buying for everyone today?” He adjusted the bags he held.

“Don’t forget the new friends we met in Europe.”

“Ah, yes, how could I forget Leo and Valerie?”

“And Pierre.” She offered a smile.

Leo and Valerie ran a bed and breakfast in France called
La Villa Château
. They’d met them on a day trip into the countryside, when they’d happened into the quaint B&B.

Pierre was the couple’s quirky friend who had shown up years ago and never left. They had ended up hiring him and never looked back. He was an excellent chef and had proven to be a tremendous asset to their marketing campaign.

Pierre had given Sara recipes and pointers to take back home with her. She had tried a couple, but they never turned out the way they had when she worked by Pierre
’s side. She wondered if Sean would dare gift her cooking lessons—she’d never seemed to arrange for any herself.

She smiled over at him.

“It’s just that you’re being so good about all of this.”

He blinked and turned his head to the right, his jaw angled slightly upward.
He was trying to hide his guilt, but she could see through it. “Yes, I know you’ve been whining.”

Horrific screams reached into the store, drowning out the holiday merriment spreading over the speakers.

Sara raced out of the store, knowing from her days as a cop they could only mean one thing—someone was dead.

SEAN FOLLOWED SARA IN THE direction of the shrill cries. She had left all her bags behind, and he had done the same, letting them fall to the floor of the lingerie store before scampering to catch up.

The second floor of the mall was crowded with shoppers—people of all sizes, ages, and genders—but  instead of making a beeline for the next store, they had all come to a standstill alongside the railing.

A middle-aged woman turned around, covering her mouth. Her eyes were watery, but her pallor threatened more than distress. She was going to be sick.

Sean brushed a few people aside to make room for her to pass through. She gave him a silent thank you, reflected in her irises. There was a desperation to her aura. She didn
’t have any time to spend on pleasantries.

Sean watched after her for a second, and in that amount of time the small opening in the crowd had been swallowed whole. There had to be at least ten to fifteen people between him and the railing.

He already had a good idea as to what happened. He surveyed the crowd and located Sara. She was worming her way through the mass of people toward the banister. It was as if she were being pulled by a force greater than herself. She expertly maneuvered, side-stepping left or right as need be. He hurried to make his way to her, but there was no getting through—elbows halted his attempts to make headway.

Sara
’s heart hammered in her chest. She knew
what
she would face once she reached the railing, but something from within propelled her forward with a burst of desperation. There was no logical explanation for it, but sometimes reasoning was easy to discredit. This was one of those times.

She saw her opening ahead. Only two men and one woman stood in her way. The one man towered over her, easily more than six and a half feet tall. His girth was further extended by the large bags he held in his hands. The second man was smaller by comparison, but still more expansive than her petite frame. He wore a wool overcoat and had a small bag in one hand.

The woman was bathed in perfume, the musky overture strong and overbearing.

Sara stifled a cough.
“Excuse me.”

The woman, a brunette, shot her a glare and nudged her shoulder farther to the left, right into Sara
’s path.

Sara put a hand on the woman
’s shoulder. The brunette turned, ready to punch her, but Sara had anticipated the reaction and caught the woman’s flying fist with her hand.

“Albany PD.” It was a stretch of the truth, but not an outright lie—more of an implication.

“You’re a police officer?” The woman’s eyes darted up and down Sara’s wardrobe.

It made Sara self-conscious of her Jimmy Choo
’s and Louis Vuitton handbag—an odd reaction as these items should never conjure that level of scrutiny.

Sara shrugged with open hands.
“I don’t have any packages, do I?”

The brunette ran a hand down Sara
’s purse, letting her fingers linger on the leather longer than Sara would have liked, but whatever worked.

The crowd was getting thicker by the moment. Security was slow to respond and those who had were ineffectual against the mass of people.

“Nice handbag for a cop,” the woman said.

The woman leveled eyes with her momentarily before stepping to the side.

The two men had squeezed shoulder to shoulder, having been bucked by the crowd during Sara
’s interaction with the woman. She placed a hand on each of them. Both moved over when they saw her.

The smaller man didn
’t say anything, but Sara felt him leering at her.

She reached the railing and looked down. Just as she had expected, someone had fallen to their death. A man
’s body lay twisted at the bottom of the escalator, his bags and items strewn across the floor. The angle of his head confirmed the fall had rendered a fatal blow.

What she hadn’t
expected was to see her childhood friend Nicole Hill below, struggling with mall security and screaming, “That’s my husband.”
ADS
15.4Mb size Format: txt, pdf, ePub

The Time Traveler's Guide to Medieval England: A Handbook for Visitors to the Fourteenth Century by Ian Mortimer
The Night Book by Richard Madeley
Nico's Heart (RARE Book 1) by Dawn Sullivan
The Secret Beneath the Ice (The Epic of Aravinda) by Andrew M. Crusoe
The Greatest Serial Killer in the Universe by Robert T. Jeschonek
Death of a Gossip by Beaton, M.C.
Nine Steps to Sara by Olsen, Lisa
Dear Zari: Hidden Stories from Women of Afghanistan by Zarghuna Kargar
Twin Ties 2: Twin Affairs by Lynn Kelling
Apple Brown Betty by Phillip Thomas Duck
Our partner