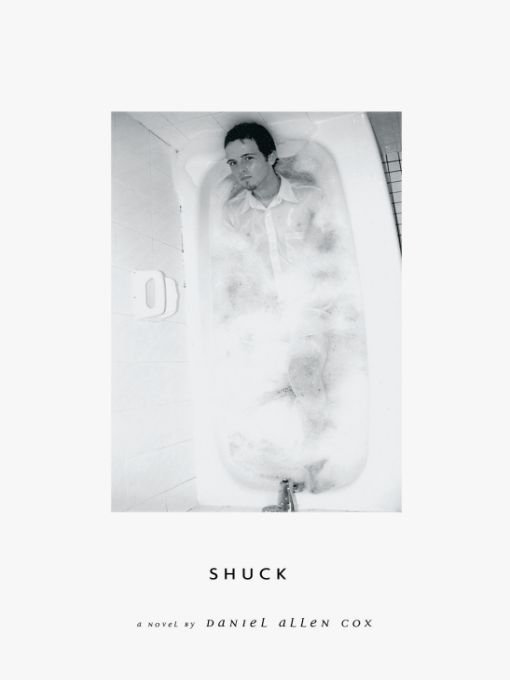 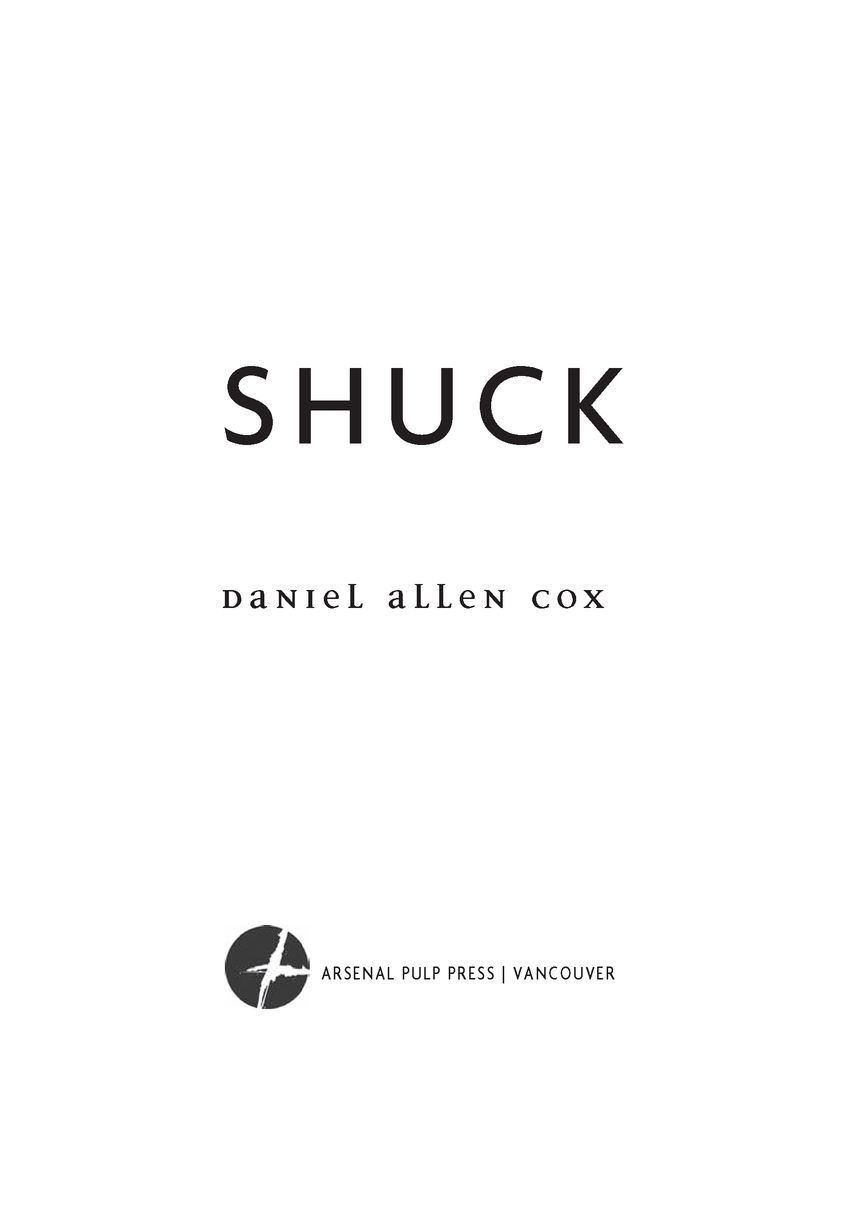 I collect memorabilia and fossils
From all the places that you've haunted
And now I'm haunted
Â
â“Spectres and Ghosts”
On Bodies,
lyrics by Mark Harris
This book is dedicated to Coney Island and those who love it.
Part 1
I BET THAT RIGHT NOW, you're not listening to Duran Duran's “Ordinary World” in your Walkman, which means you won't understand a word I've written. You suck, but that's beside the point. Since you probably stole this notebook from me, I've already begun hunting you down, and there are two things you should know in case I attack you tiger-style from behind before you finish reading it:
1âI didn't do it to him on purpose.
BâYou're never more than ten feet away from a guy who'll pay you to shuck your pants.
Test it out.
The guy standing behind you in line at the supermarket, look at what he's buying. They don't go together. See how he cruises you like a piece of fruit, and how disappointed he is when you don't give him the signal. He dumps the taco shells and ice cream in the magazine rack, and leaves empty-handed.
Customer two. The dude reading beside you on the subway, nevermind. He's missed the whole last chapter, picturing your jeans
in a funky pile at the foot of his bed. He knows he doesn't have to pay, but he wants to. He says nothing, waiting for the signal, reading your hands.
Do it. Hook your thumb in your belt loop more often, and you'll see what I mean. Even if you do it unprofessionally, they'll still swarm.

Jaeven Marshall, twenty-two.
I don't know what these guys see in me. They can easily buy a better trick just down the block.
My posture is atrocious, and my fingers are stained. I'm a mess, but they still come after me. My knees are like dowels come loose that I can't hammer back in. Sometimes they pay extra to lick the webs between my toes.
My balls are so tiny, I wonder if they've dropped yet. I have a lip ring that sometimes gets crusty, and I only shave when I find a disposable that doesn't look too iffy. I've got blue eyes, which some guys seem to trip on.
Welcome to my whatever.
A thundercloud crept toward me in the form of a car I recognized for its slow idle and hungry rumbleâblue Pontiac with a stubbly leer.
A twenty attached to a hand waved out the window.
Five packs of cigarettes. Three decent meals. No matter how you sliced it, I needed that twenty.
I wasn't in the mood for a Red Taurus or a Lime Volkswagen because they usually got too kinky too fast, and not a Tiger-striped Jeep because rabbit-fuckers like that are too impatient and juvenile, and
definitely not a Black Audi because that would just be asking for “God” trouble: power trips, etc. But a Blue Pontiac I could do. They usually wear a condom when I ask them to, when HIV is real enough in my mind.
I got in the car and did a cursory inspection of his genitals to check for any visible signs of escape wounds, claw marks left by other whores gone missing. When you fight back, there are only so many things you can reach for, and the trannies who own that West Side turf are famous for being vicious.
That's the thing. You're probably wondering what a fabulous rent boy like me is doing walking the West Side Highway when there are so many supermarkets around. You're wondering why I'm freezing my ass outside when there are plenty of guys who scribble down my pager number from the back of
HX
or
Next
magazines, and then beep me to take their erections away. Well, if you want to know the truth, a whore's got to do his market research to know who he's competing against. If the wolves can get better versions of me out on the street, my whole business model is in trouble.
So this guy, Blue Pontiac, did something unprofessional to me. It was nothing serious, like choosing a radio station without asking my preference, or making me kiss him without the presence of spearmint gum. Let's just say that he crossed me. It was nothing unforgivable, like asking me to call him by his name, and it was nothing stupid, like making me wait in the car while he ran to an ATM.
Let's just say that he was physically rude to me.
Now, I'm not a vengeful person, but I just couldn't help it. I was rather unprofessional with Blue Pontiac. It was nothing embarrassing, like laughing at his weenie, or recommending a crotch-to-head hair transplant. Let's just say that I stung him. It was nothing permanent,
because I don't really know the meaning of the word.
I wonder what I'm going to do with his tax receipts. What toilet, what sewer, what shredder?

My Fiorucci duffel bag makes for a great pillow, and it's also good for absorbing kicks, you know, the occasional ones you get from city monsters. My brown and orange ski jacket, with all of its holes, can still keep me warm.
I may sound optimistic, but it's just a survival mechanism.
My shitty Walkman is the most reliable thing I have. It's chewed all but one of my tapes, but they weren't that good to begin with. On humid days, my winter itch goes away, but the Walkman goes wonky and I have to hold it upside-down to play Duran Duran properly because of a battery connection that operates on gravity.
Everything has a survival mechanism.
It's amazing how something so fragile never lets me down, even when it's raining acid from New Jersey, when the cheap batteries I stole from the discount pharmacy are almost dead, and when I'm running out of ideas how to stay alive.
I might have crabs and my lip ring might be crusting again.
Whatever.
I might have athlete's foot from squatting in wet sneakers, and the pharmacy might be closed so I can't lift a tube of Polysporin and whatever else I need to fix my shit.
Shopping problems, those I can deal with.
There might even be a tapeworm gnawing a hole through my stomach out of secondary hunger, but if I hold my Walkman just
right, the music plays and the world is perfect.
And when the outside world gets too oppressive, I can always go home.
There are only two things that can ruin my day.
The first is when my pen explodes during a really heavy piece of fiction. Not heavy in the sense that it
makes
the ink explode, but in the sense that the interruption is annoying. I get covered in ink more often than you'd believe. I use Bic medium black exclusively, though it's not because I'm a brand hound. Bics happen to be the most reliable pens on the market, and the hexagonal shape is perfect for rewinding tapes when your batteries are fizzling out.
I've used a fancy Montblanc before, and trust me, they're shit. With all the research they put into it, you'd think the ballpoint wouldn't gum up so often. There are two ways to unstick a penâeither doodle while pressing like your wrist is going to snap, or char the tip with a lighter. Both ways, there's a sixty-forty chance you're getting an ink shower.
To answer your question, I've tried Papermate pens, but their medium is so thick, it's like writing with a markerâyou can't be subtle. And besides, they explode too often.
The other thing that can sour a perfect day is when someone strays into my home, my modest but well-appointed apartment, and interrupts my writing by asking me if I work there. I have to hold myself back from sticking a high heel in their neck, and then I put on my best customer service smile.
I want you to picture the kind of customer I'm talking about. She's wearing a pair of charcoal pants with bias-cut hems and razor pleats and a translucent chiffon top with batwing sleeves. The tulle chinoiserie is just to rub your face in it. If you're wondering how I
know this terminology, it's because I've served enough of these idiots to know how they describe themselves. They do it quite often. This woman, she wears perfume from concentrate, and applies lipstick thinking that her mouth spans more face than it actually does. This is a Fiorucci woman. The Fiorucci woman's biggest problem has always been finding the right shoes, the ones she needs to crush people like me beneath her.
I am here to help.
“Of course I work here.”
“Do you have a size seven stiletto in sea foam green?”
“Close your eyes.”
“Can't you just answer my question?”
“This is part of the Fiorucci experience,” I say. “Now close your eyes and imagine waves crashing on the shore, pushing sea foam up the beach ... What color is it?”
“The water?”
“The foam.”
This is usually the part when I start winning the conversation.
“Umm ... it's kind of whitish.”
“So shouldn't it be sea foam white?”
“My Visa limit is probably twice your annual salary, you little shit ... I don't deserve this. Where's the manager?”
“I can call her, but you still won't be able to get those goat hooves into a size seven.”
That's usually when they storm out, realizing I don't work there, and that they've accidentally discovered a stock-room stowaway. Then I hide in the only place no one will check, in a crate of fall/ winter 1998âno one wants to be seen rooting through last season's rejects, no one with Fiorucci in the blood. I camp out until things
settle down and home becomes a tranquil place again, a place without customers.
Sometimes it's hard getting back home, especially after closing time. They keep changing the alarm code on me, and then I'm locked out until I spy on someone punching it in. When I spray-paint the motion sensor, they buy a new one, and when I bust the back door so the latch doesn't lock, it's so fudged up that I can't get in. On busy days, I can take a shoe order, walk right back there and never come out, kind of like how I discovered the stock room in the first place.
ADS
15.4Mb size Format: txt, pdf, ePub

The Dark's Mistress (The Saint-Pierres) by Hauf, Michele
Secrets of Arkana Fortress by Andy P Wood
The Cabin by Natasha Preston
Cuba 15 by Nancy Osa
Marked: City of the Damned Book 1 by Everly Drummond
Finding Strength by Michelle, Shevawn
Calling Her Bluff (What Happens in Vegas) by Kaia Danielle
A King in Hiding by Fahim
Murder of a Cranky Catnapper by Denise Swanson
A Skeleton in the Closet (Kate Lawrence Mysteries) by Ivie, Judith K.
Our partner