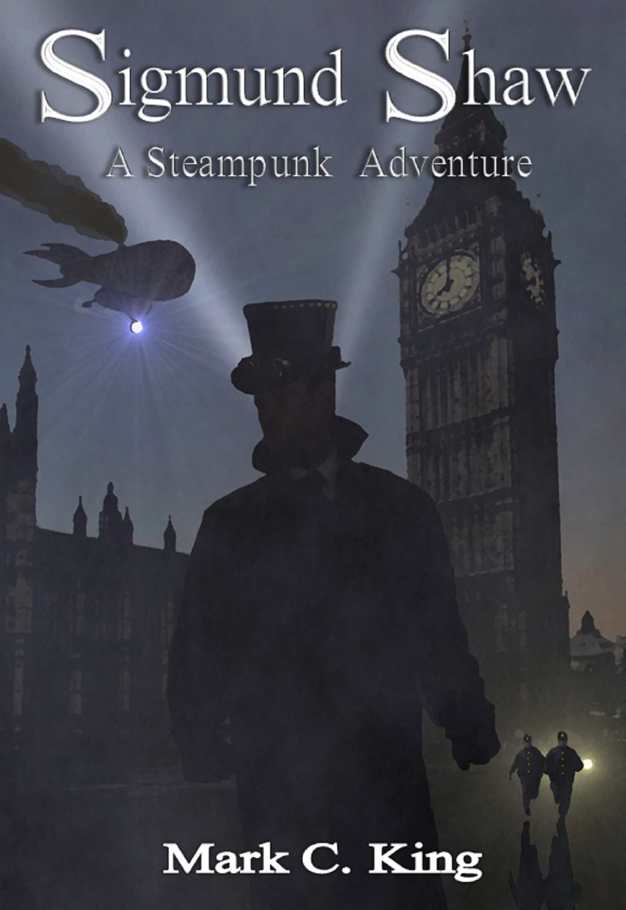 This book is a work of fiction.  Although some of the people, places, and references are real, the events surrounding them are fictitious.

No part of this book may be reproduced, or stored in a retrieval system, or transmitted in any form or by any means, electronic, mechanical, photocopying, recording, or otherwise, without express written permission of the author.

This book is dedicated to those who enjoy adventure, gadgets, mystery, and fun.  It is my sincere hope that you find all of these, and more, in the following pages.

“I see here, sir, what all the world desires to have: POWER”

It was a spring night in name only.  The cold winds and heavy drizzle gave evidence that winter had not given up its grasp – only its position.  With the dark clouds hanging drearily over the countryside south of Berlin, most people could be found in their homes, warming themselves by their fires, reading, or preparing for bed. Despite the varying nighttime routines, the one thing that these individuals had in common was ignorance of the accomplishment happening nearby that night. In one of the small country estates an electric lamp poured light onto an oak work table, leaving the periphery of the space in jealous twilight. The table’s scarred surface was covered with stains, papers, formulas, copper wires, and what could soon be the most valuable discovery in modern history.

The walls that surrounded this most important space were lined with shelves which contained all manner of science relics. There were jars filled with milky, opaque fluids, and specimens from the earth, the sea, and the internal man. There were a wide assortment of tools, some clean and well used, others dust covered and seemingly forgotten. Of the most importance were the many well-worn and frequently read books. Those heavy, leather bound tomes, works of the great science predecessors and of the obscure thinkers, could be found all throughout the shelving. That treasured collection of books formed the foundation of inspiration.

The labor of the two German scientists up to that point had left the room hot and heavy with smells of chemicals. Doctor Steinhauser’s greying hair was a mess, a combination of a lack of attention mixed with sweat. He found himself repeatedly wiping away perspiration with the back of his thick leather gauntlet gloves – the brown leather looking black from the moisture. His slightly overweight frame - enveloped in a protective leather apron – always seemed to keep him on the warm side, which was nice on a winters walk, but uncomfortable in a very warm laboratory. He reminded himself that if they succeeded it would get much warmer.

It amazed him that after many months of research, trial and error, hard work, and sacrifice that the end result was the basic setup he had in front of him. Amidst the clutter of his work table, the important pieces were simply a battery, copper wires, a switch, and a small ceramic harness to hold their latest test amalgam cube. How could so much effort be refined down to so little? And yet, this little setup would be used to revolutionize the mechanized world.

Steinhauser coughed into the crook of his arm, a habit that endlessly annoyed him. Growing up, his mother treated him as if he was fragile and sickly. He spent much of his childhood indoors and away from ‘danger’. His mother’s view of the world, outside the confines of his childhood home, was nothing short of paranoid. In her mind, no place was safe. Dangers took the form of the visible – criminals and other unsavory types – and even more fearsome to her, the invisible – germs. Whether or not he really was sickly, or if the continued reinforcement of that idea from his mother caused him to live up to her expectation, he did not know. Even now, as an adult, his little cough that had been with him his entire life may not be anything more than his inner psyche still listening and obeying his mother.
Confounded woman!

His only escape as a child were the books that he found in the family library. Unable to participate in outdoor events as often as his peers (or as his mother referred to them, ‘the walking diseased’), he found recreation in the pages of those stories – of which his family had quite an extensive collection on their large estate due to his parents wealth. It was these books that started his interest in chemistry – reading about magical elixirs that could turn items into gold or give unnaturally long life. He read and reread those stories to the point of near memorization.

Leaving his family for school was a turning point in his life. Now, being free from the watchfulness of his mother, he was able to pursue his studies with a veracity that wouldn’t be allowed at home. He soon discovered that the elixirs he read about as a boy were truly fiction, but the realities that he was being taught were even better. True science, with still undiscovered possibilities, excited him more than fiction ever could. He devoured his assignments and executed them with scrupulous care. A perfect student both in obedience and hard work.

Looking up from his work space the typically reserved Steinhauser shifted his goggled eyes over to Koehler, and asked, “Are we ready?” The amazement of the moment caused an unusual excitement in his voice and expectation in his face that overcame any fatigue that the last thirty-six hours of work had produced. They were too close to stop – unable to rest even if they wanted to. Sleep would be considered by the two men, as nothing more than a humorous ideal at this point.

Professor Koehler, the usually more enthusiastic of the two, responded with heavy solemnity, “Ja. I believe we are. We have exceeded our established minimum curing period, for whatever our assumptions are worth.” Steinhauser nodded. Pioneering the unknown causes one to rely on educated guesses. But they were still guesses nonetheless.

“I cannot see anything to be gained by further delay.” Koehler continued. “We are beyond reproach at this point – even by your standards. Is the apparatus prepared?” Koehler knew it was, Steinhauser was one of the most meticulous persons he had ever met, but felt the need to confirm the setup one last time. They were on the verge of scientific greatness and wanted no mistakes.

“Ja. Everything is in place.”

Koehler looked briefly at the lone window of the laboratory, snuggled in between darkened shelves and framed by dusty gray curtains. Koehler mused that although there was no light for the window to let in on this cloudy dark night, it made up for it by the sound of the wind and of the shrubbery rubbing against the pane – the night alive with sound if not light. Shaking off the aberrant thought, he used his protectively gloved hand and awkwardly maneuvered his thick fingers into the grips of a pair of iron tongs. After opening and closing them a few times to get a feel for the workings of it, he felt comfortable to proceed. Not as dexterous as using his bare hands, he still showed considerable skill in cautiously and gently grabbing the amalgam cube – the color of sandstone and about the size of a sugar cube – with the tong’s pincers and used his other hand to grab his wrist in support. He slowly walked it over to Steinhauser – there was nothing to truly suggest that their cube was unstable, that he couldn’t just lift it with his bare fingers, but there was also no meaningful precedent set, so all caution had to be used.

Steinhauser watched, tense, without breathing as his colleague crossed the room.  Koehler looked very much like an individual carrying an egg on a spoon as is occasionally done at summer picnics. He once again wiped perspiration from his brow as his heart started to beat faster. At this moment he recognized no world outside of this room. His being was consumed by the confines of the events around him.

With continued skill, Professor Koehler lightly placed the cube into the ceramic harness, wincing as he had to drop it into the receptacle about half the cubes length since the tongs were blocked by the walls of the harness. It was a perfect fit, no visible gap between the side of the cube and the walls that enveloped it. It reminded Koehler of a child’s toy where one placed the right shaped object into the right shaped hole.

With the cube now in place, he let out the breath that he was holding. Looking over to Professor Steinhauser, he nodded and received a nod in return. There was nothing left to say – although that wasn’t entirely true. Both men had worries as to the repercussions of success. But like a child that pulls his covers over his head to make the monsters disappear, so too with these scientists, pulling the covers of accomplishment over the monstrous thoughts of practicality – keeping the troubling worries pushed away, for now.

Steinhauser gave a habitual adjustment to his goggles and saw Koehler do the same. With a final glance at his protective leather apron – well used, each scuff and stain a story of a past experiment – he reached over to the electric knife-blade switch and pinched the handle between his finger and thumb. With a slight hesitation – an involuntary paralysis that let the ramifications of their work wash over him – he engaged the switch.

My Foolish Heart by Susan May Warren
Gluten for Punishment by Nancy J. Parra
EMIT (THE EMIT SAGA) by Barbara Cross
A Hunger for Darkness by Cooper Flynn
The Ancient Starship by Cerberus Jones
Night Vision by Jane A. Adams
High Bloods by John Farris
Playing With Fire by Pope, Christine
The Vets (Stephen Leather Thrillers) by Stephen Leather
Prime Claiming (The Prime Chronicles) by Monette Michaels
Our partner