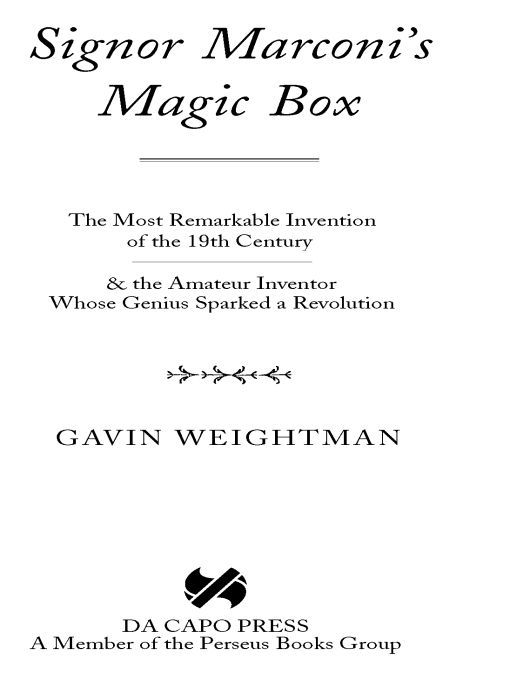 Table of Contents
Title Page
Dedication
Acknowledgements
Introduction
Chapter 1 - In Darkest London
Chapter 2 - Silkworms and Whiskey
Chapter 3 - Sparks in the Attic
Chapter 4 - In the Heart of the Empire
Chapter 5 - Dancing on the Ether
Chapter 6 - Beside the Seaside
Chapter 7 - Texting Queen Victoria
Chapter 8 - An American Investigates
Chapter 9 - The Romance of Morse Code
Chapter 10 - A New York Welcome
Chapter 11 - Atlantic Romance
Chapter 12 - Adventure at Mullion Cove
Chapter 13 - An American Forecast
Chapter 14 - Kite-Flying in Newfoundland
Chapter 15 - The Spirits of the Ether
Chapter 16 - Fishing in the Ether
Chapter 17 - The End of the Affair
Chapter 18 - Farewell the Pigeon Post
Chapter 19 - The Power of Darkness
Chapter 20 - The Hermit of Paignton
Chapter 21 - The King’s Appendix
Chapter 22 - The Thundering Professor
Chapter 23 - A Real Colonel Sellers
Chapter 24 - Defeat in the Yellow Sea
Chapter 25 - A Wireless Rat
Chapter 26 - Dazzling the Millions
Chapter 27 - ‘Marky’ and his Motor
Chapter 28 - On the American Frontier
Chapter 29 - Marconi gets Married
Chapter 30 - Wireless at War
Chapter 31 - America’s Whispering Gallery
Chapter 32 - A Voice on the Air
Chapter 33 - The Bells of Budapest
Chapter 34 - Wireless to the Rescue
Chapter 35 - Dynamite for Marconi
Chapter 36 - Le Match Dew-Crippen
Chapter 37 - A Marriage on the Rocks
Chapter 38 - Ice and the Ether
Chapter 39 - ‘It’s a CQD, Old Man’
Chapter 40 - After the Titanic
Chapter 41 - The Crash
Chapter 42 - The Suspect Italian
Chapter 43 - Eclipse of Marconi on the Eiffel Tower
Chapter 44 - In Bed with Mussolini
EPILOGUE
INDEX
Copyright Page
By the same author
The Making of Modern London: 1815-1914
The Making of Modern London: 1914-1939
London River
Picture Post Britain
Rescue: A History of the British Emergency Services
The Frozen Water Trade 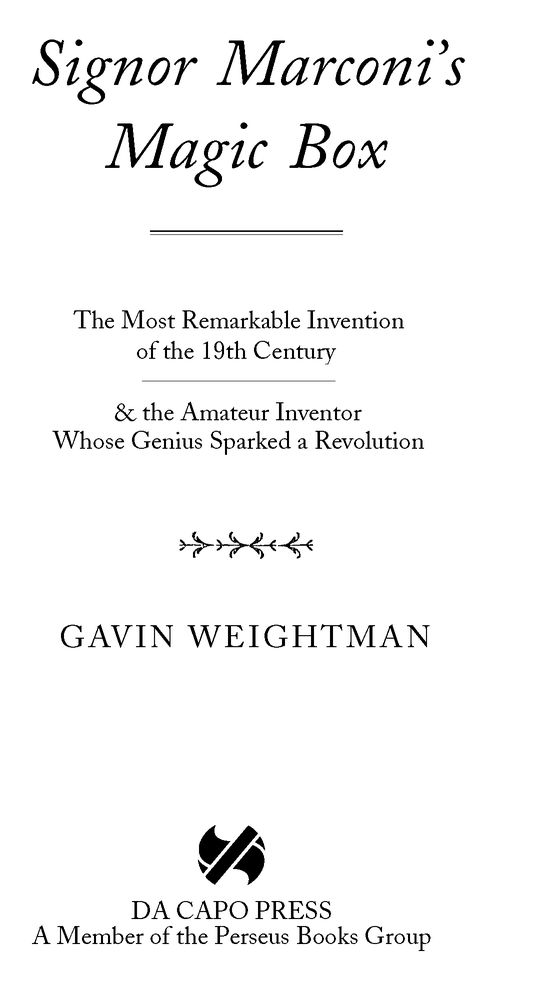 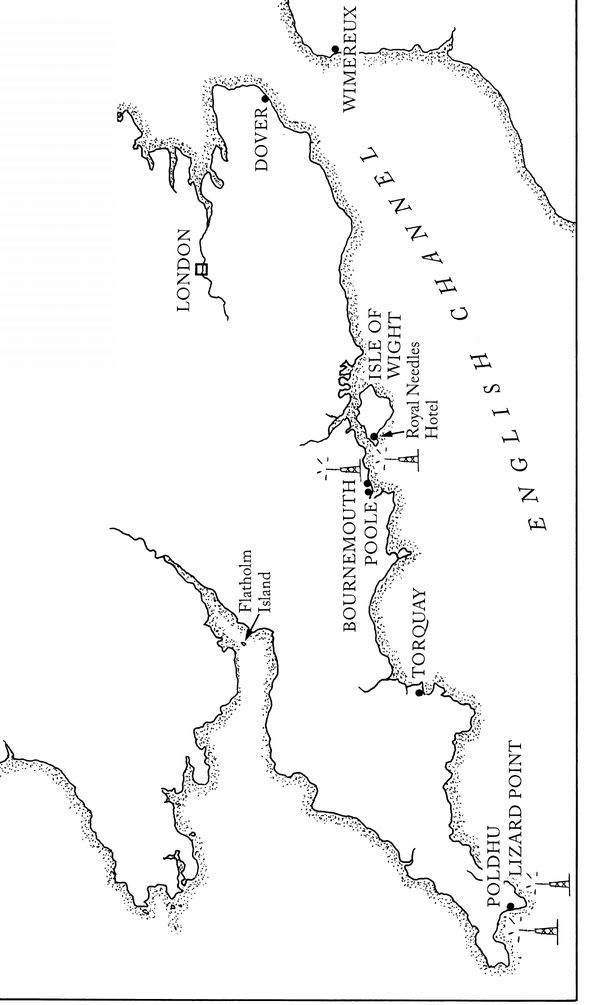 Marconi’s Early Wireless Telegraph Stations
1
In Darkest London
O
n a winter’s evening in 1896 a brougham, a four-wheeled cab drawn by a single horse, left the fashionable stuccoed terraces of west London and headed eastwards along the dirt roads and cobbled streets of the capital, which glistened in the gaslight under a light rain. The passengers were a young man who had with him two large black boxes, and a gentleman in his sixties sporting a long grey beard, his thinning hair pasted to his head in a centre parting. Steam rose from the horse’s flanks in the dank air as the brougham rattled through the canyons of streets in the City and, leaving the Square Mile, came to the fitfully-lit roads of Whitechapel. This was the frontier of the notorious East End, where only a few years earlier Jack the Ripper had mutilated his victims and left them dead or dying in dark alleyways.