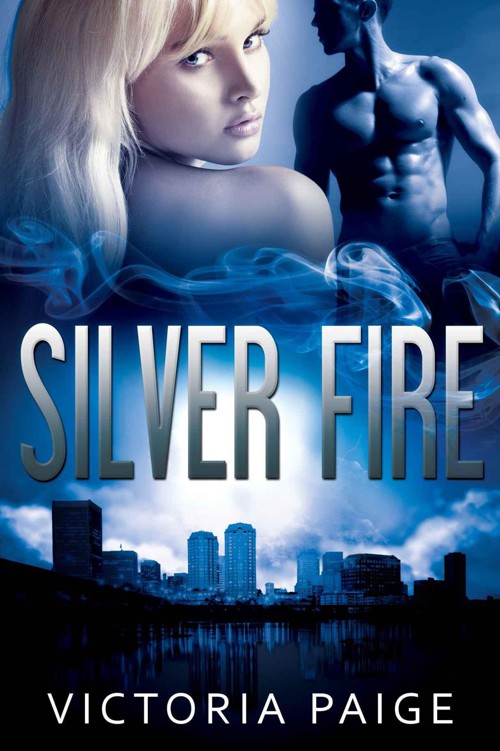 All rights reserved. No part of this book may be reproduced, scanned or distributed in any printed or electronic form without permission.

This book is a work of fiction. The characters, names, places, events, organizations either are a product of the author’s imagination or are used fictitiously. Any similarity to any persons, living or dead, business establishments, events, places or locale is entire coincidental. The publisher is not responsible for any opinion regarding this work on any third-party website that is not affiliated with the publisher or author.

“The Guardians”, as they are known by most of their clients, specialize in small team surgical incursions: Organized crime takedowns, K and R (kidnap and ransom), DoD covert ops that are too politically high-risk, corporate security enforcement (usually involving questionable and deadly force), and recently (and seemingly with increasing frequency) protective custody detail outsourced by the US Marshals Service. Work frequently with CIA, DoD, NSA, FBI, DEA, ATF and Interpol.

Guardians in this book:

Sophie had just finished her kendo class and was lowering the liftgate of her SUV after depositing her gear in the cargo area when she saw the masked man’s reflection in the vehicle’s window. She heard the pop of a gun and the plinking of shattering glass and vaguely registered a muzzle flash as she ducked. She grabbed her shinai, spun around, and charged, swinging the kendo stick at her assailant’s wrist as he squeezed the trigger again. The weapon discharged into the air and then flew out of the gunman’s hand, landing on the concrete with a clatter.

Shouting from the garage entrance drowned out the masked man’s howl of pain. For a brief moment, Sophie stared into her attacker’s eyes which were oozing hatred so pure they pinned her where she stood. He shouted angry words in a foreign language before spitting on the ground and taking off.

“Sophie-san!” her kendo instructor yelled as he rushed to her side. “Are you all right?”

Sophie nodded even as her hands shook. Her heart was galloping and she could barely catch her next breath.

“I’m...I’m fine...Sensei Jiro,” she stammered, but her legs suddenly felt like Jell-O. She took a deep breath and leaned on the open tailgate of her Honda Pilot. “I think.”

Sophie had developed a fascination for this

Japanese martial art a year ago and had become a regular student of Sensei Jiro. The dojo was located in a questionable area of Washington DC, and leaving the kendo sessions by herself just to avoid mingling with other students was imprudent.

Someone offered her a newly opened bottle of water. She graciously accepted and took a hearty gulp.

“I saw him jump on a bike and race off,” another classmate said to the growing huddle around her.

“Sophie-san, are you in trouble, dear?” her sensei asked, his hand gently clasping her shoulder.

She shook her head. “No. I think he just wanted to mug me.”

The hand on her shoulder tightened.

Sophie glanced up at her sensei, his wise eyes telling her he did not believe her. The truth was, she had been receiving anonymous death threats, and it had everything to do with her work.

“Maybe a little,” she murmured.

Her sensei nodded and took his hand from her shoulder. He called one of his assistants to stay with her and disappeared into the dojo.

Sophie looked around. Her assailant’s gun lay where he had dropped it and her SUV had a bullet hole through the rear window. She still had a death grip on her kendo stick. Sophie released a shaky breath, realizing how close she’d come to having her head blown off. Whoever had grievances against her and her work were done with mere threats.

Her sensei reappeared holding a scrap of paper with a name and phone number. He jerked his chin at his assistant, signaling that he wanted some privacy. “Sophie-san, I know your work puts you at risk.”

“I just know,” he replied. “My friend can protect you. Remember Sophie-san, if you are fully prepared, you need not worry.”

A police cruiser squealed to a stop beside her SUV. As the cops emerged from their vehicles, Sensei Jiro clasped her hands in his and smiled before backing away.

Sophie looked at the name written on the paper: Viktor Baran.

McCord Defense Industries was located on the eighteenth floor of the Trident Building in downtown New Park. Derek Lockwood stepped out of the elevators just as the clock hit 9:00 a.m. Good, he wasn’t exactly late. His best friend and business partner,

Jack McCord, had a thing about tardiness and for the most part, Derek was on time except the nights when the women in his life kept him up until dawn. He was getting tired of his bachelor life. Seeing Jack happily married to Maia had begun evoking some envious sentiments inside him.

He heard raised voices drifting from Jack’s office.
Or not
.

Jack’s personal assistant, briskly walked toward him and said, “You’re on time, but I think the meeting will be delayed.”

Jack, if you think I’m going to let this go. You’re an autocratic asshole, and I’ll be damned if this discussion is over.”

There was a low, calm baritone response. The door was wrenched open, and Maia Pierce McCord stormed out while muttering, “Manipulative bastard.” The angry flare in her eyes made Derek wince. “Derek, Laurie,” Maia said curtly before striding to the elevator, punching the down button impatiently.

Derek poked his head into Jack’s office and saw his friend perched on the side of his desk, his head slightly bowed, expression contemplative. “Ready for the meeting, my man?”

Jack glanced up and sighed. “Yes, might as well.” He returned to his chair behind the desk as Derek walked into the office, Laurie following behind him and shut the door.

“I take it the honeymoon’s over?” Derek drawled.

“Not now, Derek,” Jack warned, a spark of impatience flashing across his face. His friend looked relatively composed after having had a blowup with his wife. “Laurie, do you have all the files on Silver Fire Research?”

Silver Fire Research was owned by Dr. Sophie Marie Leroux, a brilliant nuclear physicist with a double major in material science and electrical engineering, and a Ph.D. in nuclear physics. Her research facility had been on MDI’s radar for two years. When Jack had found out about a patent application for her isotopic enrichment process on the zefinium element, which could be used as an infinite power source for a laser weapon MDI had been developing, he had sent a formal request for a partnership; Silver Fire Research would process zefinium in exchange for a large contribution to their research lab, which would include building an extension specifically for this purpose.

“Yes, I have it all here,” Laurie said. “The contract has been reviewed by our legal department and I’ve sent a copy to Dr. Leroux’s assistant, Stephen Parker. He has assured us that she would be present at the meeting.”

“That’s a first,” Derek muttered. Sophie Leroux was an enigma. Derek had seen her at a charity ball a few weeks ago—the first time he had seen her out of a lab coat. She rarely attended the meetings between Silver Fire and MDI, preferring to have Parker handle the negotiations. At the ball, she had taken Derek’s breath away—standing before him in a shimmering satin gown that clung to her slim curves. Her blonde hair cascaded on one side of her shoulder like a silk curtain, her gray eyes were lighter than he’d seen before, and the light shimmer of gloss on her lips made him wonder what it would be like to kiss her.

Derek shook his head in self-annoyance. “She was at that charity ball a few weeks ago. Remember that, Jack? You had a few words with Christopher Blackstone.”

“I enjoyed the part where you called him a rat bastard.”

“He deserved it. I heard his company is developing an explosive device with the equivalent thermal blast of a nuclear bomb. Using zefinium in place of plutonium would eliminate the fallout effects of radiation.”

“Why invest in building one? As if our country didn’t have enough nuclear warheads in silos everywhere,” Laurie asked.

“Think about it Laurie. A renegade state wants to take over a city or a small country, wipe it out with a zefinium bomb so you can move in and rebuild on your own terms,” Derek said. “Don’t have to deal with radiation, everything is burned to ashes—blank slate.”

“Why would Silver Fire develop such a device?” Laurie asked angrily.

“They didn’t. Dr. Leroux inherited the research from her father when she turned twenty-four,” Derek replied. “Nobody knows what she has done with it. From what we’ve heard, there’s a specialized electronic trigger that only she has the schematics to.”

“Viktor is keeping an eye on Blackstone,” Jack said. Viktor Baran was the head of Artemis Guardian Services (AGS), the company that employed Maia and was as close to a brother-in-law Jack could have. The AGS worked closely with federal and international agencies. They frequently fielded politically sensitive assignments as they specialized in small-team surgical incursions that operated frequently off the grid. “All right. Let’s get back on point here. Derek. What’s the word from our design engineers on the spec sheet of the zee?” Zee was their slang for zefinium.

“It looks good on paper,” Derek replied and saw the gravity lighten from his friend’s face. MDI had gone into this deal with everything to lose. There were no trial runs. The technical data sheet was the sole basis for drawing up the contract. But if the processed zefinium worked as they theorized, this would mean the first infinite-power source laser weapon ever created.

Jack glanced at Laurie. “Do we have our gate clearance for Divergent Research Zone?”

“Yes, Parker emailed it to me yesterday.”

His personal assistant nodded and left.

Derek stared at his friend in silence. Jack quirked a lop-sided grin. “You’re dying to find out what the drama was this morning?”