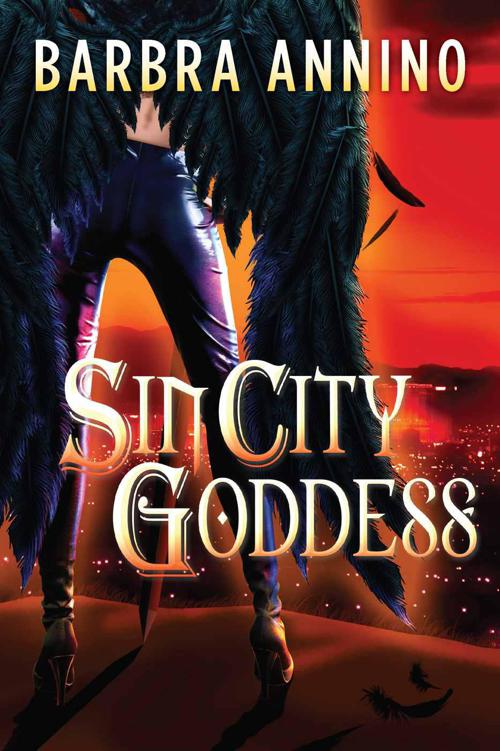 Every Witch Way But Wicked

For the goddesses. You know who you are.

Life in the Underworld had its perks, and poker night was one of them. Ever since I could remember, on Thursday evenings, Bill and I would meet by the river, appoint one of the newly dead as our dealer, and play until one of us busted out of the game. Occasionally, others would join in for a hand or two, but Bill and I were pretty good, so not many challengers could outlast us. Tonight was poker night, and we had been at it for several hours now. I was waiting for the next sweet hand before I made a push to go all in with my coins. The hour was late, I was tired, and the air would grow chilly soon. Furies were not fans of the cold. Not to mention, I needed desperately to stretch my arms, legs, and wings.

The dealer shuffled the cards and flipped three over onto the table. The flop was a jack, king, and ace of spades, all suited. When the dealer flipped the fourth card over (the turn), I eyed my opponent. I was relieved to see that it was an ace, because 70 percent of the time, Bill had pocket eights or pocket aces. He was prone to dead man’s hand. But since I was holding one ace and there were two on the board, that meant he might have one, but he couldn’t have a pair of them. Then again, he could have been holding jacks, kings, or something else entirely.

I set my gaze on him, trying to ignite a flame in my violet eyes. He hated when I did that. Said it gave him the heebie-jeebies. So naturally, I fired up the lights. There was a tiny bit of heat that accompanied the spark, but it felt good, like a massage.

It worked. A bead of sweat bubbled on Bill’s forehead, breaking his poker face.

I smiled. He was holding eights. Had to be. If it had been a pair of jacks or kings, he’d have been cool as granite.

I was holding big slick, an ace and a king. In Texas Hold’em (a game I wasn’t nearly as fond of as Five-Card Draw), you shared the cards on the board with the other players at the table. Which meant that it could be anyone’s game until the final card was dealt—the river. That was the one aspect of this game I enjoyed. The excitement. The thrill.

Right now, I had a full boat, aces over kings. The guy across from me with the wild hair and the floppy ears best kept under a hat narrowed his eyes. There was one card left to deal.

I collected my breath and steadied every muscle in my body, which came easily to me. A little trick I picked up on the job, policing humans. I had noticed—ages ago—that if I was calm, they would be too. I leaned in ever so slightly and pushed the rest of my coins forward.

Bill raised his upper lip and snarled at me, but he pushed his coins in too. If he was holding what I thought he was holding—a pair of eights—then he couldn’t beat me. That would give him a full house, aces over eights. Or he could have the queen and the ten of spades, which would give him a royal flush, kicking my full boat out of the water.
Even a straight flush would get my ass handed to me on a silver platter.

But I was here to gamble.

The dealer flipped over the last card, or the river, as it’s called.

Ace. Combined with the other two aces on the board and the one in my hand, that gave me four of a kind. Only thing that could beat it would be a royal flush, and the cards were showing that was a possibility, but it was a long shot.

Bill grinned at me wickedly and spit a chunk of cigar onto the black slate patio. A flutter of doubt ruffled my feathers, and I sat taller, hoping he wouldn’t notice. I still had trouble controlling my wings when I was tense.

He flipped over pocket kings, sat back, pleased with himself, and twiddled that ridiculously long mustache. Then he blew a ring of smoke across the table to circle my head like a halo.

“Well, I’ll be damned,” I said, intending the pun. I widened my eyes, feigning surprise, toying with my prey like I used to in the old days.

Bill grunted and reached across the table to claw at my coins, assuming his full house—kings over aces—was the winning hand.

I slapped at his meaty paw. “Not so fast, Hickok.”

I turned over my hole cards.

Bill took one look at my hand, cursed, and kicked a rock that sailed into the river Styx. It landed with a splash that startled a black swan, who squawked violently at us.

I smiled at my opponent, stood, and scooped up my coins.

“That’s the bitch of it, Bill. That damn river will get you every time.”

Bill pounded his fist into the table, throwing a temper tantrum. The dealer, a wispy shade still getting used to its surroundings, jumped.

I stood there, patiently waiting for Bill to finish his outburst. After he had kicked a few more rocks, toppled a chair, uprighted the chair (because the last time he hadn’t, Hades had not been pleased), crinkled up a card, and laced the air with a stream of obscenities, he removed his weathered hat with the bullet holes, ran his fingers through his too-long hair, and said, “Same time next week, Raven?”

I would never understand human emotions.

“Absolutely, Hickok. And stop calling me that. You know I hate it.”

He had given me the nickname because my hair was a stream of black curls and that was the only color I ever wore. And also because of the wings.

He smiled sheepishly and bowed, and the onetime lawman lumbered off to meet up with his love, Jane.

I stood up from the table. The shade stood too, and I said to it, “Put the cards back in their place.”

The shade nodded, the inky blackness of its shape bobbing in the moonlight as it collected the cards, trying to unwrinkle the one Bill had crushed. Finally, after a few clumsy attempts, the shade gathered all the cards in its less-than-solid hands and whispered off to the den, where gaming supplies were stored in the Underworld.

A few minutes later it was back, wandering around the ebony table, wondering what to do next.

I stopped it on its third pass.

“You’ve done well in serving the gods.” I plucked a few coins from my winnings and placed them in the shade’s hand. “Here, give these to Charon and tell that greedy bastard that
if he doesn’t allow you passage, he will have to deal with Tisiphone, and I will not be in a generous mood.”

The shade nodded and rushed off toward the ferryman, Charon, to pay for his ride across the river.

I’m ashamed to admit that our system for transferring souls to their final resting place was embarrassingly outdated. I and my sisters, Alecto and Megaera, had tried to convince Hades that Charon’s work as the ferryman was no longer needed. That since we three did not police humans with the same tireless intensity with which we once had, our time was free to help deal with matters of the dead. Especially the lost souls who needed guidance. As daughters of the dark, we thought it only fitting that we be put to work in such a capacity. The ferryman objected, of course. He enjoyed his position of wealth and power, so naturally he argued before the court that his role was vital to the process. Hades agreed, insisting, “Tradition is tradition.”

Personally, I believed it had more to do with family squabbles and politics than with tradition. Otherwise, why would Hades have allowed me to interact with the shades at all? I should explain that “shades” were what we called the newly deceased who haven’t yet gained access to Hades’s realm. Souls who had lost their corporeal form in death but had yet to obtain their Underworld body. Humans, I had heard, called them ghosts.

Such an odd word.

Once the mortals completed their burial process, the souls arrived here, at the river’s edge, carrying only their shades and their valuables. Long ago, humans knew to place coins or jewelry in the coffins of their dearly departed to pay Charon to escort them across the river and into the Underworld, but that practice had slowly faded over time. Even though many
were buried with heirlooms or trinkets that would satisfy the fare, for reasons not related to our system, some souls arrived with nothing of value—the homeless, helpless, familyless, and victims of foul play whose bodies were never discovered on the outer plane.

A Trick of the Light by Lois Metzger
Heloise and Bellinis by Harry Cipriani
His Sassy Girl (Desiring the Forbidden Book 2) by Michaels, Megan
Soul of a Crow by Abbie Williams
the 13th Hour by Richard Doetsch
Star Wars: Path of Destruction: A Novel of the Old Republic by Drew Karpyshyn
Prisoner of Love by Jean S. Macleod
The Secret Diary of Laura Palmer by Jennifer Lynch
Troll: Taken by the Beast by Knight, Jayme
Journey into the Void by Margaret Weis
Our partner