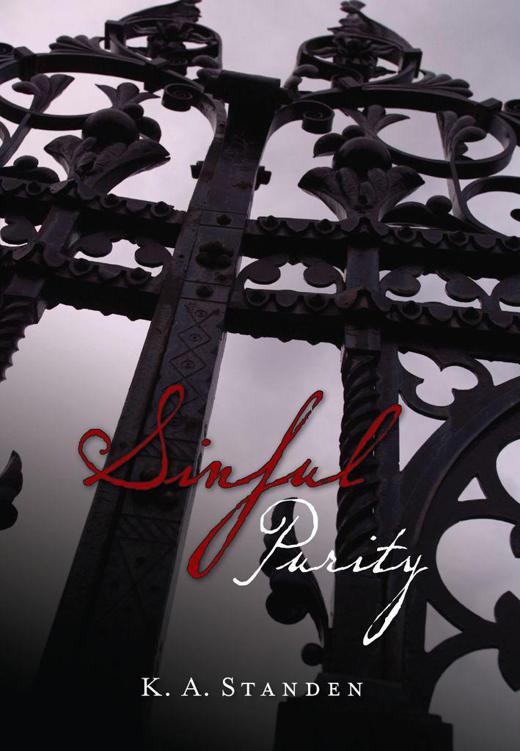 To Wes and Taylor—Thank you for always believing in me and putting up with my obsessive and unconventional hours.

I walked in disbelief, shivering and shaken. The oppressive dark night engulfed me. It was the kind of dark that makes you question your reality, your very existence. After the night I’d just endured, I did not need any more questions, not now. The moon was out and nearly full. That alone should have been enough to cast some slivers of light. Light that suggested life would go on, that the world for the most part was unchanged regardless of my utter defeat and certainty that my own private world had not fared as well. But my surroundings were void of all light, as if my hopelessness and defeat had been given life. The thick, low-hanging clouds that had masked any hope of illumination were stifled even more by the dense fog that suffocated the sky. It was as though, like me, the very atmosphere had given up hope and the desire to go on.

As I stumbled through the night, a chill went through me. I hadn’t even noticed it was raining. But as I looked down I saw that I was drenched
clear through. My scarlet blouse clung to me as if it were drowning. It was so very cold, my breath coming in frosty puffs, but I couldn’t feel it. Numb emotionally and physically, I was frozen in a state of shock and disbelief. It felt like the only attachment I had to my body was my eyes. Even then my eyesight was blurry, shaky as the wetness dripped down my eyelashes and into my eyes. My mouth suddenly came alive with the realization of moisture. The rain tasted salty, not like rain at all but like tears. My tears. At that moment I knew it was real, it was all real: every torture, every lie, everything. In a matter of days my whole life’s foundation had been uprooted beneath me. I forced my head around, terrified at what I might see behind me. When I looked back there were only small assemblages of water droplets staining the concrete sidewalk under the row of red-and-white shop awnings of First Street behind me. Appalling, the irony that only a handful of minute puddles hinted at the path this horrid, unforgettable night had taken me down. In reality I was gutted inside, wishing with every step that I would just die.

The dark night’s dampness seemed placid in comparison to my dripping wet exterior. Cold and frightened, I sat down on the small bench at the corner bus stop. Not really waiting for a bus at all, I was just too weak to go on. My leg began to burn like fire. Pain radiated through my body. From the knee down, my once-faded blue jeans were black with blood. My mind raced. Was it my blood? Was it his blood? There was just too much blood, too much trauma. I couldn’t wrap my head around it. Only the unrelenting pain of the injury assured me it was mine.

The rain began to let up. Sitting under the canopy of the bus stop, it seemed eerily quiet. It could have almost been described as peaceful, if it hadn’t been for the churning turmoil inside me. My mind went blank; all the scrambled images that had been gyrating around ceased like a seized engine grinding to a halt. All that was left was the sky with its oppressive, matted knot of clouds glowering down upon me. The very same clouds that earlier in the day I viewed as mysterious, when I was still naïve and optimistic about the future. Earlier when there was still hope. Earlier when I wasn’t completely alone and broken. When I still had faith in goodness and love. But now it was all different; everything was gone. All I had left were these damned clouds that weren’t mysterious at all. I viewed them now with more experienced eyes. Eyes that told me these clouds had hung omi
nously foreboding, jeering at me my entire life, daring for me to discover the truth.

Looking out upon the horizon, I could see my university in the distance. To my left I fixed my gaze on St. Matthew Cathedral, a sight that had once given me great comfort and a sense of belonging. Now I was left with a hollow, desperate feeling. A mixed longing for the way things used to be before I knew the truth. My mind was consumed by only one persistent thought:
How do you ever go on living after an ordeal like this?

The cold fall air and wetness had nearly frozen me solid. The numbness was of such an extent that I had stopped shaking almost entirely. It was at that moment of calm, quiet contemplation that my desolate desperation gave way. Almost in an instant I jumped to my feet, knowing that I must not give in to the weakness I felt. For I wasn’t living for just myself anymore, and everyone deserved to know the truth.

Willful to a Fault

On the South Side of Chicago lies the Mary Immaculate Queen Orphanage. The orphanage’s proximity is so close to St. Matthew Cathedral that at first glimpse you would think it connected. Most people just viewed it as one in the same. This was my home, for all intents and purposes, where I had spent nearly all my life. I had been a ward of the orphanage since I was four years old. It wasn’t the only home I had ever known, but it was the only home I remembered. I didn’t remember the day I arrived at MIQ, only the sense that from that day forward, I was to be just another face in the crowd. Mother Superior gave me the name Mary Elizabeth. I never cared for the name much. I always felt that I deserved a more unique name, one that was more suited to my personality. However, I am sure that if Mother Superior had the ability to change that as well, she would have jumped at the chance.

It is true I was a willful and stubborn child. Personally, I would have preferred to be described as full of life. That was never the case, though, and Mother Superior and the other nuns at the orphanage reminded me daily of my faults, all of them. I can still hear Father Brennigan exclaiming, “That child, that child. She is willful to a fault. Must keep a close eye on her.” Mother Superior chose other words, like defiant, insubordinate, and insolent, in her description of me. It would be an understatement to say we didn’t get along.

I do admit that I was more spirited than most of the other children. When I was very young, I could constantly be heard demanding, “Just call me Elizabeth, I don’t like Mary. Everyone is named Mary.”

Which, in my defense, was absolutely true. Every girl at Mary Immaculate Queen Orphanage was named Mary upon her arrival, and every boy Matthew, in honor of their patron saint, who “had taken pity upon their unwanted souls,” according to Mother Superior. At the orphanage the circumstances of each child’s arrival were strictly confidential. No one but Sister Christine, the Mother Superior, and Father Brennigan of St. Matthew’s was privy to the information. Upon each child’s arrival, he or she was given a new name and told that all children were equal in the eyes of God, regardless of their personal plight. Sister Christine always said that hiding the children’s past gave them an opportunity for a new start. While she may have had a point, the real reason was that the secrecy created equality. No child knew if he had been abandoned or if it was an unfortunate mishap by which he was orphaned. All the children were equal, and now it was God and God’s laws by which these children were parented. Frankly, I think it also made the nuns’ jobs easier. Never did they have to learn the children’s names, nor did they fear forgetting them. It was simply always Mary or Matthew.

In my heart, I always knew that I was more than just one of the many Marys. I was sure that my real family must have been lost or killed on some adventure. While the details were altogether absent, I knew that they must have been remarkable. I just felt it. I felt remarkable, and according to simple logic, my parents must have been remarkable too. There was also the matter of how I looked. I didn’t look like all the other Marys at the orphanage. I was tall for my age, slender, with long dark hair and big blue eyes. My skin was snowy white, which people said only made the contrast more striking. I remember visitors and volunteers complimenting me
on my beauty. I adored compliments and felt comfortable receiving them, leading me to believe that I had received many before my time at MIQ and strengthening my belief that my first life before the orphanage must have been exceptional.

During my first few months at the orphanage, the nuns reminded me daily not to grow too fond of my beauty. “Vanity is a sin,” they’d warn. After nearly a year of being at MIQ, my vanity was almost completely lost. What remained was squelched after an unfortunate bubblegum incident that left my long, dark, beautiful hair misshapen, cut less than two inches below my ear. After that I felt more like a Mary and less like myself.

Mary Immaculate Queen was an excellent school scholastically. As the months passed I became more studious, more responsible. I was still prone to my “willful acts,” as they came to be called. Which was a kind way of saying bloodcurdling tantrums that left no one in a one-block radius unaware of my distaste for the matter at hand. To me these outbursts were the last of my true self that remained. A reminder that while I was dressed the same, looked the same, spoke the same, and was treated the same as everyone else, I was still me. Somewhere inside me, the heart of a unique individual still beat and waited for the chance to break free.