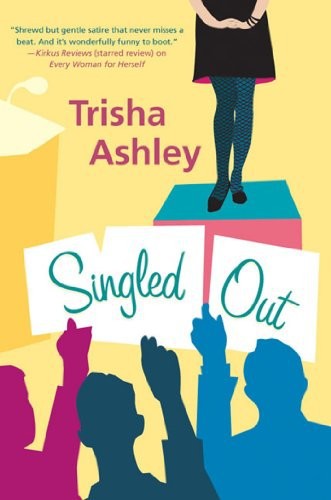 Chapter 4: Lover, Come Back To Me

Chapter 5: Mistress Of All She Surveys

Chapter 11: Gone, But Not Forgotten

Chapter 17: A Slave To Love

Chapter 21: The Ghost Of Her Former Self

Chapter 23: The Pendulum and the Pit

This one is for Jean Ashley, with love.

If Mary Shelley hadn’t been able to let her own dark demons out, we wouldn’t today have her classic novel
Frankenstein.
Now Cass Leigh’s demons are on the loose in her debut novel
Twisted Sister,
and darker than most … Genuinely original, sincerely terrifying …

It was in spring, when living things were pushing green fingers up through the earth like a resurrection (and dead things were doing much the same in Chapter Sixteen of
Lover, Come Back To Me
), that three catastrophic things happened in quick succession: Max’s wife died, my sister Jane came to stay, and the vicar sold me as a slave.

You don’t think any of these night-moth harbingers of chaos sound that bad?

Maybe you’re right, and perhaps it really
shouldn’t
have surprised me that Max’s wife, Rosemary, came back to haunt the ghoul who’d waited to step into her shoes for over twenty years.

Then there was my sweet twin sister, the Three Horsewomen of the Apocalypse in one person. While dear Jane’s presence is always as welcome to me as a wart, she doesn’t usually stay. This time she brought
luggage.

Even the vicar’s annual charity slave auction took a turn for the worse, when Dante Chase, who is far scarier than anything I’ve ever written into a novel, paid so much for my services I feared (or should that be
hoped?
) that he expected somewhat more than a fortune-reading and a little light dusting.

But I suppose things really first started to unravel long, long before that, when Max left for a sabbatical year at a Californian university, taking Rosemary with him …

Twisted Sister,
Cass Leigh’s debut novel, takes elements of both traditional Gothic horror and the fairytale, and weaves them into something altogether darker and nastier. While the horror genre is not generally noted for restraint, Cass Leigh drives her narrative along with the brakes of good taste permanently in the ‘off’ position.

By December, Max’s luxurious trappings littering my cottage had ceased to be poignant and tear-provoking mementos of our love and more a reminder that
I’d
been discarded for the duration, too: an abandoned Abandoned Woman.

He’d left traces of his presence everywhere like he’d been marking out territory, yet when it came to packing his possessions up they made a pathetically small heap of boxes. (Or rather, Fortnum and Mason hampers, Max having profligate tastes in food and wine.)

‘Play it cool,’ I advised it, ‘you know you’re the best offer I’ve had all year.’

And no, loneliness has not reduced me to the depths of talking to inanimate objects because I’ve always done it, particularly with my worn (but still handsome) black leather Italian handbag, Guido.

When I pressed Play Messages, Pa’s voice boomed with unchristian fervour: ‘You’ll burn in hell, girl!’ Then he added on a rising note: ‘Spawn of Satan! Seed of Beelzebub!’

‘And the Season’s Greetings to you, too,’ I said, deleting him right at the start of what was clearly destined to be one of his longer, brandy-sodden rants.

Pa’s phoned me at least once a month with the same message since I became Max’s mistress, so Hell hath rather lost its sting over the years.

As you may have guessed, Pa (who converted to the Charismatic Church of God as a young man on a trip to the USA) has had quite a strong influence on my life, some of it good, some bad. Or maybe it was all bad, and I’ve turned it into good?

I mean, think about the way he frequently locked me in the cupboard under the stairs in order to force the devil out of me! (And had he never tried to take it out of me, I might never have known it was in there in the first place, although his habit of addressing me as ‘Seed of Satan’ and suchlike from my infancy onwards, should have given me a pointer.)

You know, I never realised he was crackers until I was sent away to boarding school and could compare him with other people’s fathers? Mind you, I don’t think he was quite so unhinged before the demon drink took hold of him, but even so my childhood experiences seemed to be pretty unique among my peers.

Still, it was great training for a horror writer, because I now know I’m invulnerable to ghosts, spectres, ghouls or any other supernatural manifestation. I often felt their inimical presence in the darkness of the cupboard, and if any of them had been capable of physically harming me they would surely have done so then when I was at their mercy.

… she heard others breathing a different rhythm in the darkness, and hearts pounded to a different beat to her own until sometimes the cupboard walls seemed to wildly pulsate …

But sometimes now I wonder if such apparitions only exist because I let them escape from some Pandora’s box in my brain, so that they owe their existence to me, their creator, La Frankensteina?

Who knows? The denizens of my novels
certainly
owe their existence to me, though on paper my monstrous creations have a more tangible presence in order to better curdle the blood and chill the spines of my readers, who do not believe in ghosts and their like but are afraid of them anyway.

Of course with me it is quite the reverse: I believe but I am not afraid – or not afraid of physical harm, anyway, though I do admit to an unnatural fear of birds and have a terrifying recurrent nightmare about cupboards.

Still, I believe I am a walking example that good can come from bad, though if you read some of my book reviews or listened to Pa, you might think that bad was coming from bad.

Emerging from my reverie, I listened to the second message, which was from my sister Jane and just as predictable in content as Pa’s. After briefly gloating over her immaculately conceived verse, life, and marriage to her adoring spouse Gerald, she proceeded to plant as many wasp-like stings as she could into my quivering flesh.

Max’s leaving me for a year’s sabbatical at a Californian university, taking his wife Rosemary with him, has given her fresh ammunition. She can sense vulnerability, and his absence has left me feeling strangely exposed, especially since his communications have slowly dwindled to sporadic and unsatisfactory phone calls.

Jane is erroneously considered by many, including Ma and Pa, to be the nearest thing to an angel in human form, so she needs to say these things to me, because her pedestal would probably corrode and crumble under her if she couldn’t drain the poison from her fangs occasionally.

I deleted her pretty swiftly, then listened to the third and last recording.

‘Hi, Cass, it’s Orla. Guess what, I’ve got a Perfect Partner tonight! I’m meeting him at a restaurant, but if he’s as useless as the last one I’m climbing out of the back window and coming home.

I wiped that, too, hoping against hope that Mr Perfect Partner would at least be approaching human this time, for poor Orla was getting desperate.

Could this be me all too soon? Old banger, high mileage, one careful owner from new, reliable and in good running order?

It was an unsettling thought: but then, when had I ever had any other kind?

I dialled the familiar vicarage number and impatiently waited, imagining Charles waking up from a light snooze, working out what the ringing noise was, and then plodding across to answer it.

‘Charles, there wouldn’t be a lot of virtue in giving Max up if he’d already discarded me first, would there? I mean, I’d still be damned even if I did the sackcloth and ashes for ever thing that Pa’s so keen on?’ I demanded without preamble.

‘Yes, Cass my dear, but God is love, don’t forget,’ he said, then yawned. ‘Good heavens, is that the time? I must have dozed off in my chair.’

‘Love takes strange forms, and possibly your poor father is not always in his right mind. But I sincerely believe his phone calls to you are a manifestation of his paternal love.’

‘You do? What about the locking me in the cupboard to drive the devil out episodes when I was a child, though? Was that a manifestation of his love?’

‘In his own misguided way, I believe it was. He perceived your physical resemblance to an ancestor he thought evil, and took the Bible’s message that sin was handed down the generations too literally. Didn’t you say that he punished your brothers and sisters also?’

‘Not Jane – never Jane. She couldn’t do any wrong,’ I said bitterly. ‘But the boys were physically punished if they misbehaved.’

‘Well, dear Cass, he was misguided, and the law would intervene on your behalf should such a thing happen these days, for which we must be thankful.’

‘I have told you of the many examples I have come across of families where one child is less regarded than the rest, for no discernible reason: it is
not
your fault.’

‘But
am
I innately bad?’

‘Of course not: you have many good qualities. But you have sinned, as you yourself realise, in your relationship with a married man. Yet God will understand how needy of love you were, and at any time you can repent and start afresh, the one lamb that was lost and is found again.’

You know, I might not always follow what Charles is on about (or want to do what he suggests), but I always feel better after talking to him.

‘You should come into the church sometimes,’ he suggested.

‘I couldn’t come to a service – I haven’t been in a church since I left home.’

‘I didn’t mean a service, although you are always welcome. I meant just come in, in order to meditate in the house of God. The door is always open.’

‘Not at night, though, surely?’

‘Yes, even at night. Of course I lock the vestry, and there’s a CCTV camera in the gallery, but I would only look at the film if something was taken, which praise the Lord hasn’t happened yet,’ he said practically.

‘Well I might try that, Charles, if you really think a bolt of lightning won’t crisp me on the threshold, even if I am still a married man’s mistress.’

‘I am sure it won’t. Oh dear!’ he added, sounding alarmed.

‘Mrs Grace left a shepherd’s pie in the oven for my supper, and I’m afraid I fell asleep and forgot about it! It smells a little singed…’

After this somehow soothing conversation, instead of going down to the village pub for dinner as I generally do, I heated up my second pizza of the day (garlic chicken), poured a glass of red wine, and settled down to consider the whole Max’s Mistress situation, which is not something I’ve bothered to do for a considerable number of years.

But in his absence I’m slowly starting to wake from Max’s thrall (and he has a lot of thrall) like a somewhat aged Sleeping Beauty, and question just where my life is heading. If anywhere?

Who hung the ‘Gone To Lunch, Back In Two Decades’ sign out?